Summertime in Australia coincides with the festive season, and one of the advantages with schools, universities and families on holiday, is that the city of Melbourne where I live not too far from the centre, suddenly attains a serenity of silence.

This is only punctuated in my part of it by the bang and clatter of the garbage men on the street taking away piles of post Xmas detritus, or the shrill screeching of a train’s whistle as they continually arrive in and leave South Yarra station nearby carrying holidaymakers.

This year I was determined to attack a great deal of reading material gathered throughout the year past, as reading always keeps me grounded to the present. 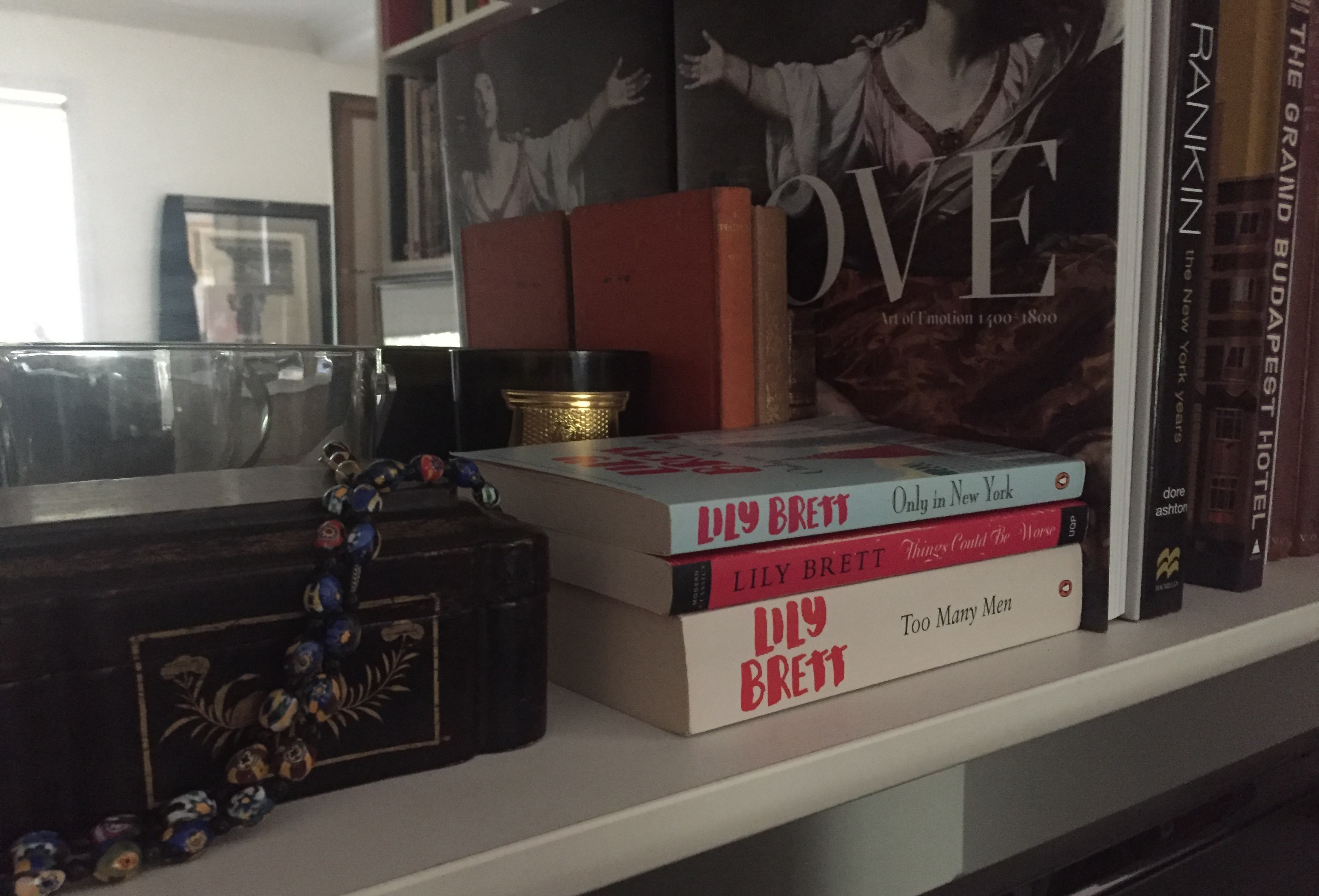 Three books written by New York based award-winning author and poet Lily Brett; Only in New York, Things Could be Worse and Too Many Men offered me the promise of a special perspective on a life well lived by a very unique and extraordinary woman.

Accomplished, stylish, witty and often funny, these three books have been among the best of those read during my lifetime. 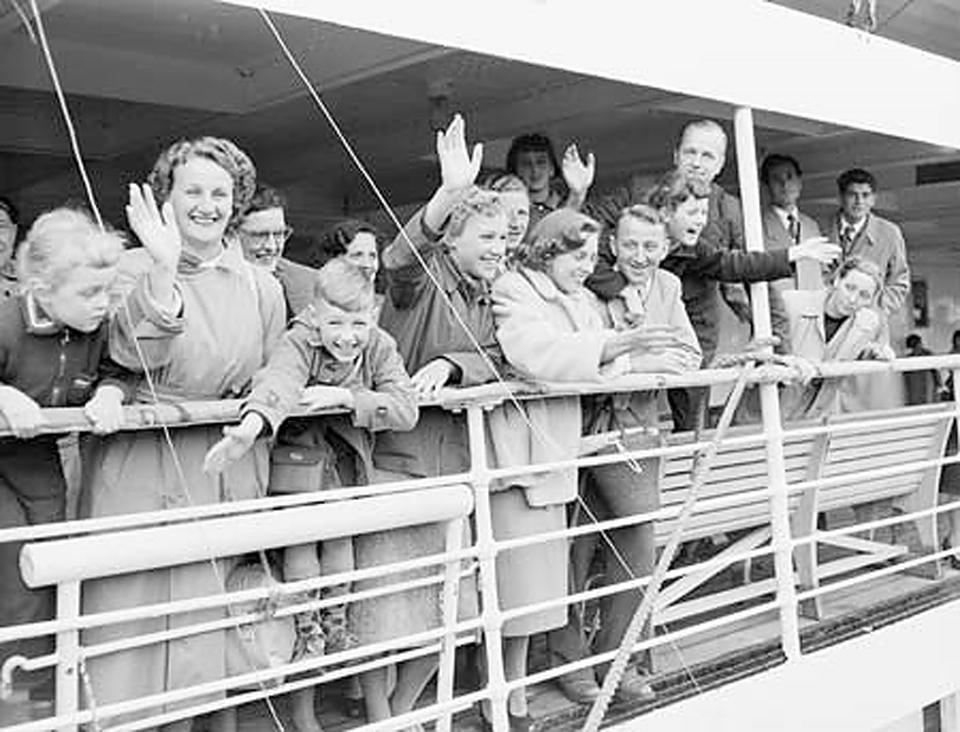 Lily Brett was one of many young refugees arriving with her parents in Australia 1948 – 1952 escaping the results of the horrors of World War II in Europe. She had been born in a displacement camp and her family of three were all that remained of a once large and successful Polish family. At the core of her being as you learn more about Lily Brett you discover she abhors the ‘politics of hate’, especially bigotry. She grew up in post-war Australia in Melbourne a capital city, which from its early beginnings was created on ideas of hope and has long since led this nation’s arts and cultural development. 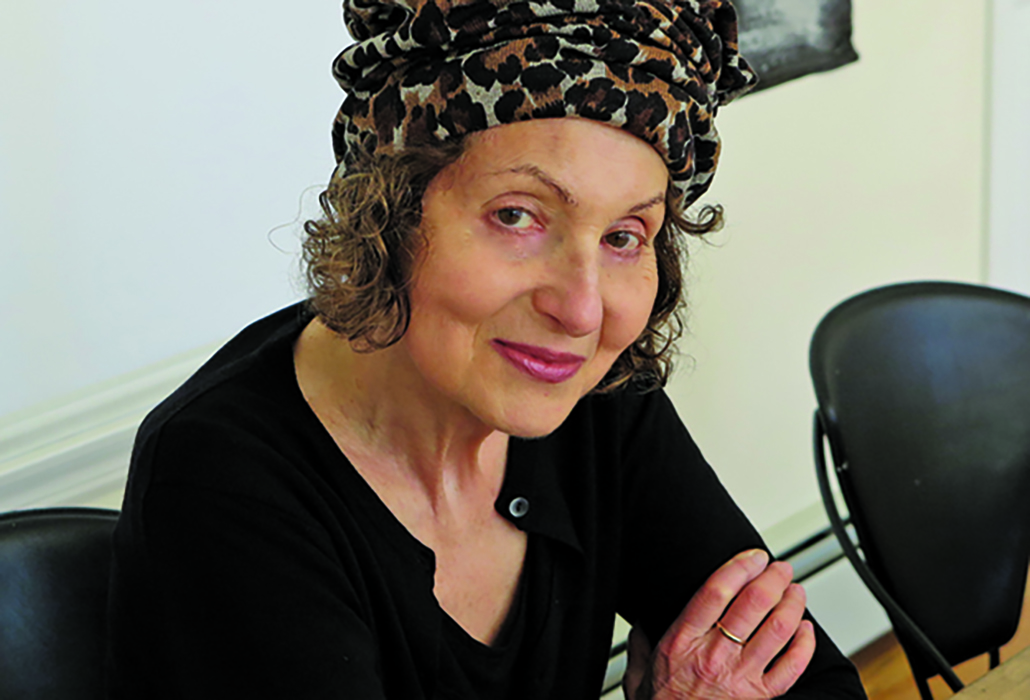 Her parents had first-hand knowledge of the atrocities committed against the Jewish people by evil members of Hitler’s repressive regime during the event now known as the Holocaust, which shocked and angered good people of all faiths world-wide and as she readily admits, has affected her whole life journey.

The guilt at surviving such horrors took its toll on the many wonderful members of the Jewish community I met, knew and talked about it with during my own formative years growing up in the Eastern suburbs of Sydney and in my many years as a young mother working with international committees, including Red Cross. Tattoos of numbers on an arm said a great deal about those for whom words more than often failed. 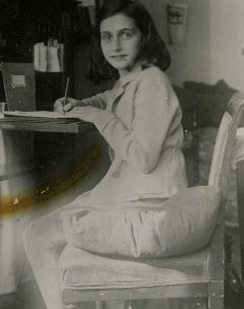 Anne Frank the young woman whose diary was written when she was in hiding for two years with her family during the Nazi occupation of the Netherlands.

Facing up to our fears is a lesson long in the learning for us all, especially those formed when we are children. Reading the Diary of Anne Frank published after the war about the horrors encountered by the young Dutch girl and her family endeavouring to escape the Nazis, certainly changed my life forever and from a distance, let alone being there.

On an overseas trip in May 1985 when I was finally able to visit the Anne Frank house in Amsterdam I was deeply affected, having walked that particular pathway from her family’s secret hiding place to the finality of death. Anne Frank wrote always with such optimism… reminding us all the ‘final forming of a person’s character lies in their own hands’. 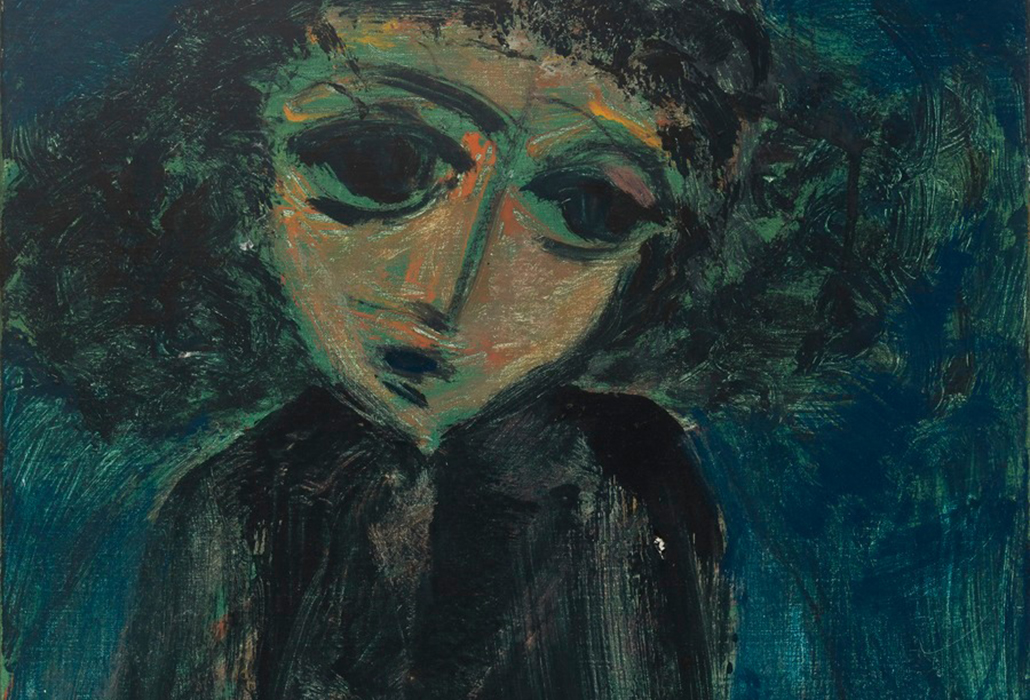 For me Lily Brett also showcases optimism in all her works I have now read. She also displays a complete understanding of pathos; that interior universe of complexities and contradictions we all have, one that implies much more than simple emotion as she reaches out for, and attempts to touch her fellow human’s, soul. She certainly has mine. 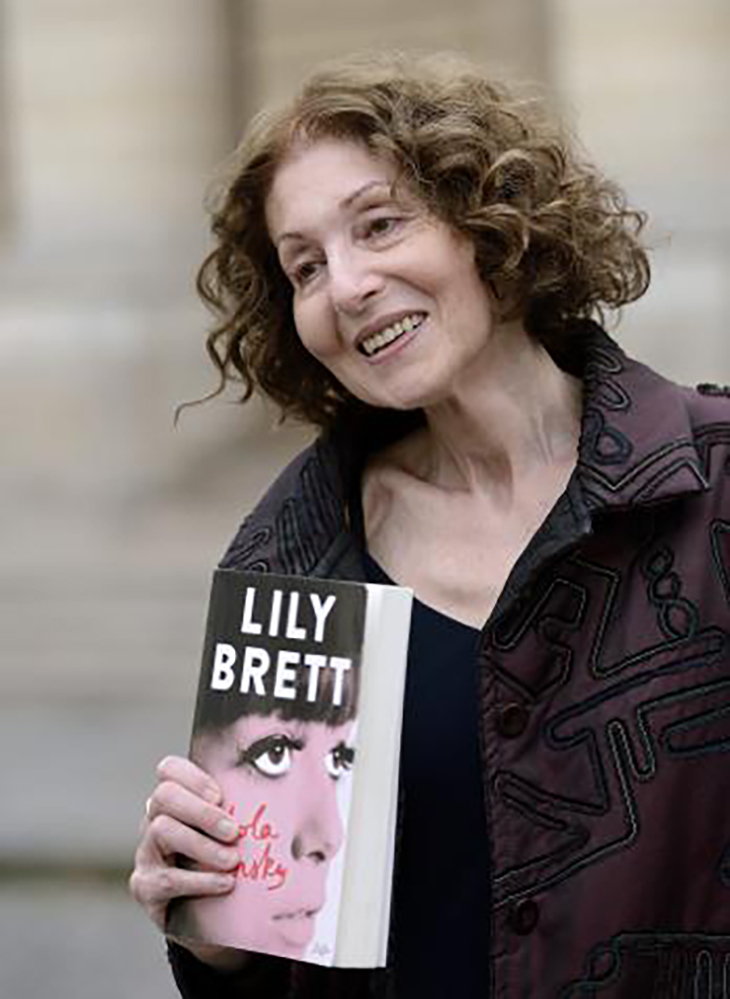 Things Could be Worse her first novel is full of anxiety and excellent short stories about her protagonist rock journalist Lola Bensky, inspired no doubt by her own years in that profession working with ABC TV’s Countdown’s Molly Meldrum.

Lola is a young Jewish woman living in a post-World War II world full of hope. It’s bereft of relatives and friends, which she finds as perhaps as challenging and as terrifying as they did when trying to come to terms with their own age.

Captured at a unique time in the days of diets and disco during the late 60’s, Lola’s daily encounters on the road with celebrities of whom she asks challenging questions are offset by her own avoidance of coming to terms with answers for those questions that cannot be answered easily.

Lola like her creator Lily Brett doesn’t travel an easy road and in the end, she’s certainly not triumphant but instead, slowly gains a measure of satisfaction with her life as she comes to terms with the old adage of ‘knowing thyself’ and embracing her own cultural identity. 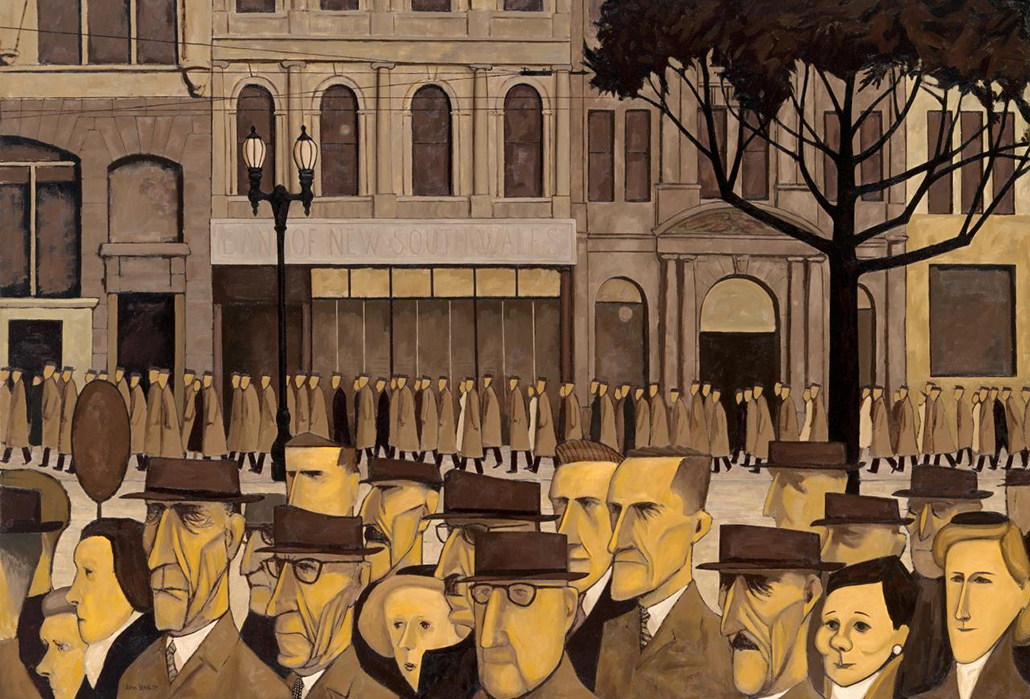 Too Many Men won the Commonwealth Writer’s prize for Lily Brett and for me its touching insights, terrible truths and more than fifty shades of grey represent Lily Brett’s true mastery of cultural imagination.

She writes so insightfully about the child who made up stories about her family. It’s no surprise she wanted to feel something because she survived in a whole new world that didn’t seem to understand the horrors of the past that had taken place in her own, experiences that would forever shape her own life.

Coming to terms with the frailty and flaws of our humanity is one of the hardest lessons for us all to gain an understanding for, especially when our culture, language, siblings, parents and profession are taken from us in horrific circumstances by a group of people who can seem more than depraved based on the standards of the majority.

Only in New York published just a few years ago refreshingly of the moment, is written for those who value an honest viewpoint.

Her observations were formed as Lily Brett compulsively walked the streets of one of the world’s most vibrant and diverse cities, observing and enjoying her daily encounters with a different range of characters who ‘nurtured, perplexed and inspired her’ as she tried as they did, to keep moving inexorably forward.

Lily Brett has a truly delightful way of writing in short sentence grabs.

Each book is brilliantly illustrative of the story they are relating and can either leave you shocked and gasping for breath, or otherwise laughing out aloud until you cry… although sometimes you find yourself wondering why.

Lily Brett has the ability to reach the rawest nerve as she embraces literary rigour and truth, as well as memory and identity, while giving shape and form to unforgettable characters.

Her books make for compelling reading; I can but urge you to read them for yourself as you will be so much the richer for it.

Cutting a fine figure, James Bond (Daniel Craig) is on the hunt for a visible incorporeal spirit one of a terrifying nature; the criminal organisation, Spectre