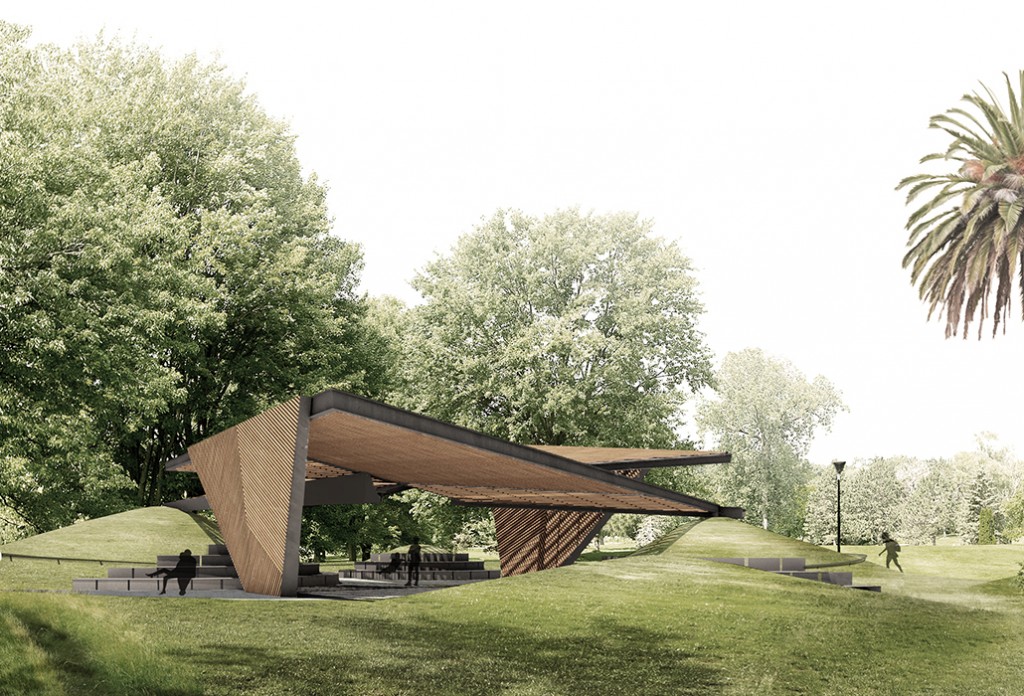 Annually for the past four years in Melbourne, MPavilion has become the centrepiece project for the not for profit Naomi Milgrom Foundation, which aims to support ‘great art, design and architecture projects’. Now the initiative has been extended to encompass two extra seasons, 2020/2021

“Since its inception, the very popular MPavilion has become part of the cultural and physical landscape and I’m excited to partner with the City of Melbourne to spark collaborative actions and discussions into the future” said Naomi recently when discussing how well the community has embraced her concept. 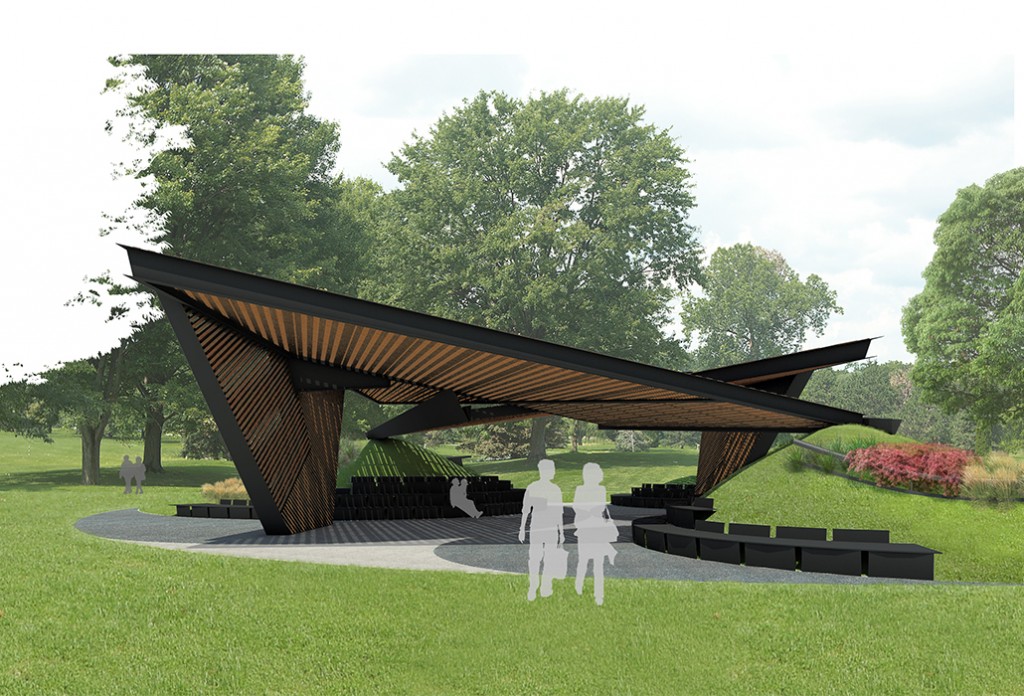 MPavilion provides a platform for public discourse and critical debate led by those with expertise and ideas about the contemporary issues that face society.

City of Melbourne Lord Mayor Sally Capp said: “The MPavilion program has been a major success, featuring collaboration between more than 1,000 designers, architects, cultural and educational institutions and winning eight national and international awards. We’re proud MPavilion continues to call Melbourne home and excited to see what amazing pieces of design will emerge in the next four years.” 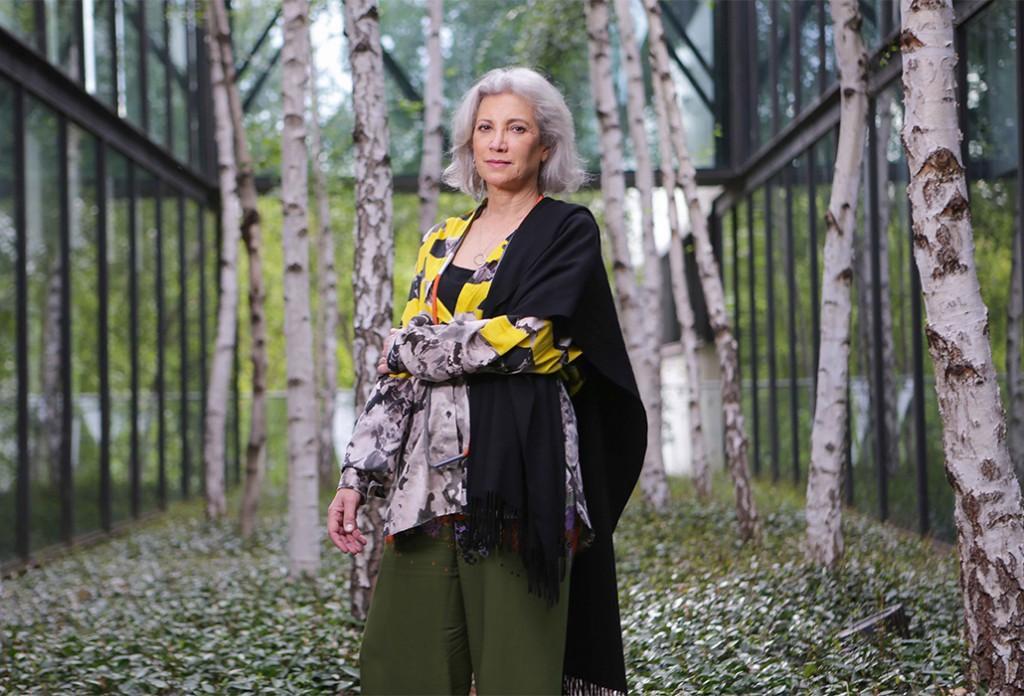 Projects generating new models for tackling the social challenges of today are discussed by achievers and influencers from every field, especially those with a real commitment to progressive social change

Each year an internationally renowned architect has been commissioned to design a pavilion for the Queen Victoria Gardens in the centre of Melbourne’s Southbank Arts Precinct. From October to February, MPavilion is where a program of over 1600 multidisciplinary events are offered to the public for free 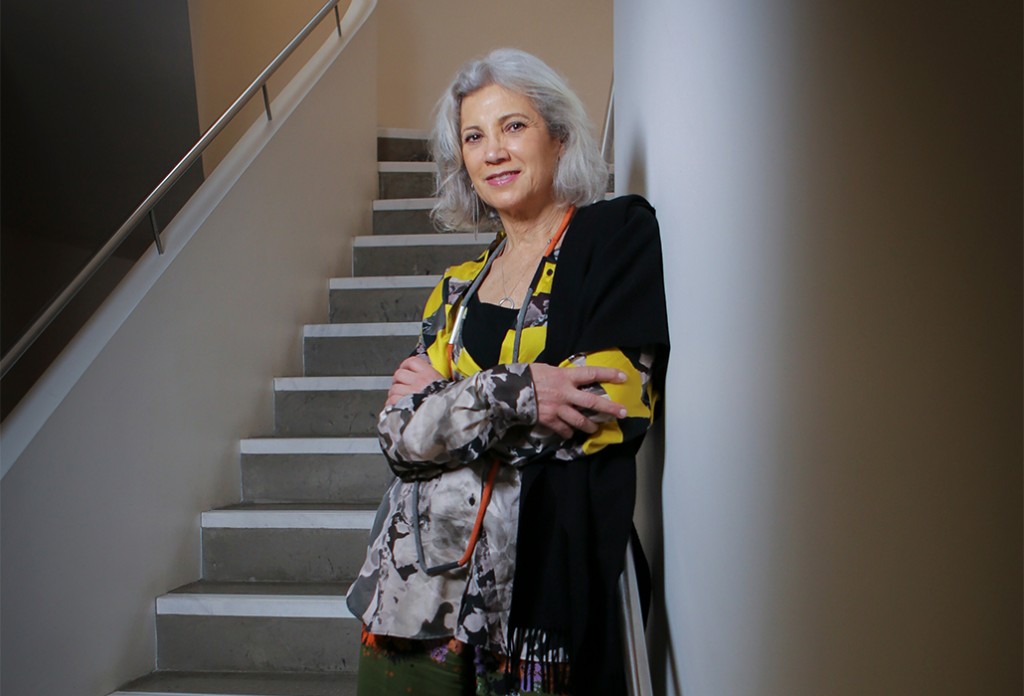 The 2018 MPavilion has been designed by Barcelona-based architect Carme Pinós of Estudio Carme Pinós. In her artist statement, Pinós notes… ‘The pavilion establishes a relationship with nature and the surrounding park, where we will feel the sun’s path through the game of shadows created by the pavilion’s skin, and where on rainy days we see the water run through its transparent roofing.

Like an origami folding, two surfaces of timber latticework bend and intersect with themselves to form a roof. Between the latticework, a transparent layer of polycarbonate protects us from the rain.

The structure, made out of metal profiles, allows a fast construction and an easy reconstruction on another site, as it is a temporal intervention.

The altered topography forms three mounds that incorporate tiered seating and create the atmosphere of cover (with storage within). From the tiered seating we enjoy the social activities offered by the foundation, never losing sight of the fact that we are in the middle of a magnificent park. We will be inside the pavilion, but always feeling as if we are also on a balcony facing nature, and connecting with the surrounding community’. 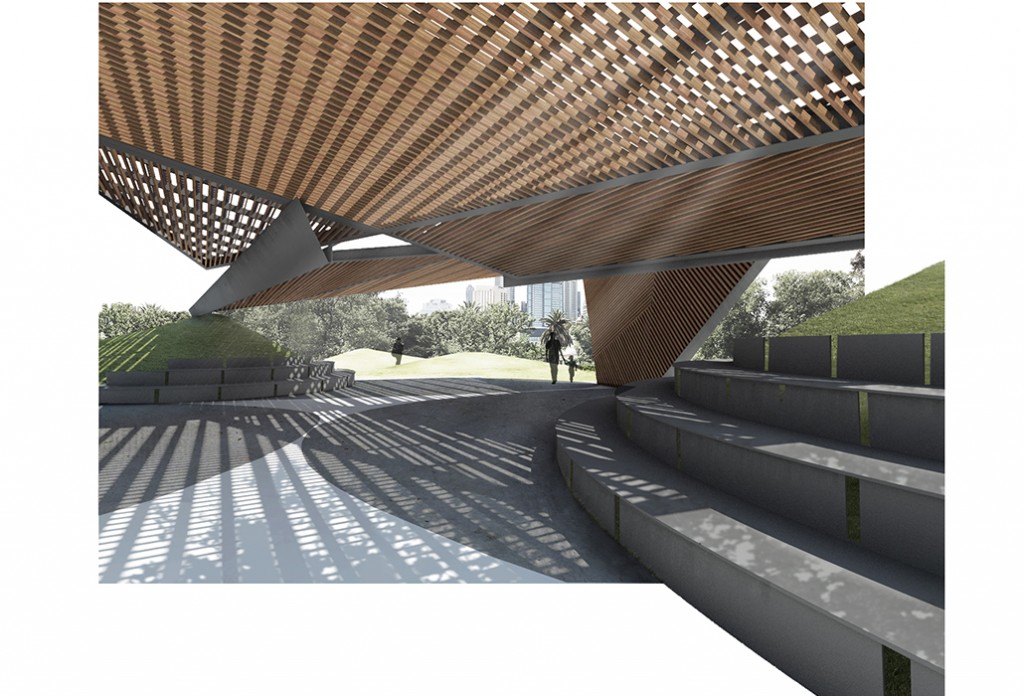 The aim of this year’s pavilion will be to foster inclusivity and community through design. Engaging with new audiences will also be a priority. The building will be constructed in the Queen Victoria Gardens, adjacent to the entrance to the NGV, opening Tuesday 9 October, 2018

As always, a series of lively talks, performances, workshops, installations and interventions, the program to be announced this spring is sure to delight.

At the conclusion of the season, MPavilion is gifted to the community and relocated to a permanent home within the state of Victoria to be engaged in perpetuity. The Pavilion 2017, designed by Netherlands-based OMA -Rem Koolhaas and David Gianotten, can now be visited at Monash University’s Clayton campus.

2016 is at Melbourne Zoo, 2015 in the Docklands Park, with the first MPavilion 2014, designed by Australia’s Sean Godsell, located within the grounds of the Hellenic Museum. To celebrate the anniversary of Australia saying YES to Marriage Equality, couples wishing to wed on November 17 can be married at the pavilion. It’s a free venue and a picnic party for the community will happen afterwards.

You are also welcome to invite guests and continue to celebrate in the gardens after your vows. You can submit your interest. Email [email protected] and tell the organizers in three hundred (300) words or less why you’d like to get married at MPavilion 2018. Applications close 11.59 pm Sunday September 2, 2018.

See you in the gardens, perhaps with wedding bells on! 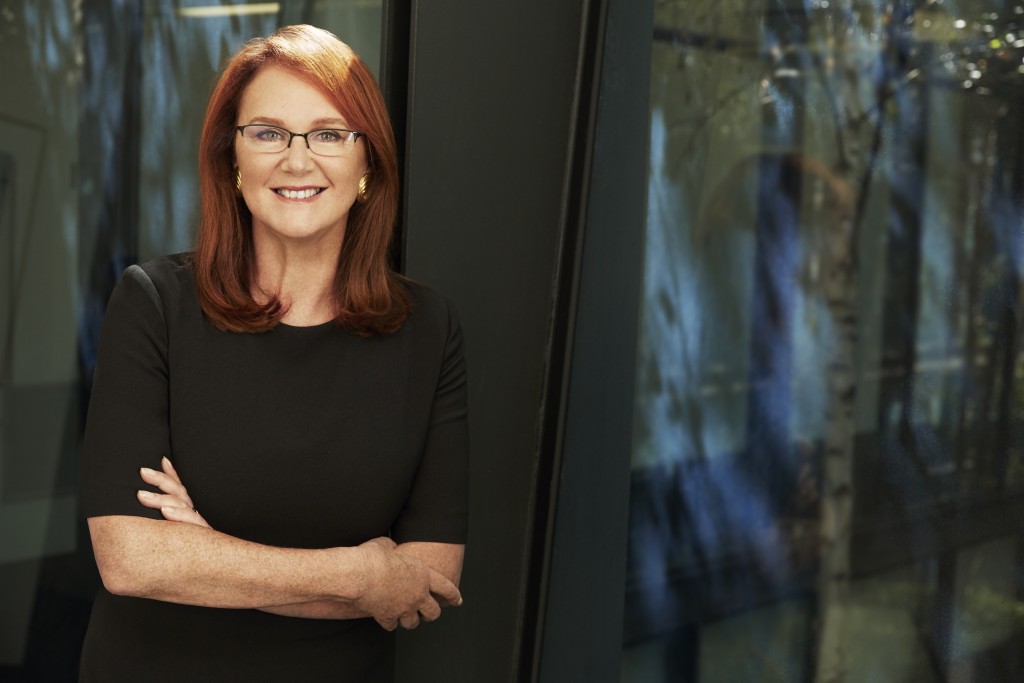 Tognetti’s Mozart, will play nationally in Australia, from the 2 – 16 February 2013 and feature the leader of the Australian Chamber Orchestra, Richard Tognetti (1965). His recordings of this, so many people’s favourite classic composer, are internationally lauded as ‘some of the best on offer’. The consistency and the…