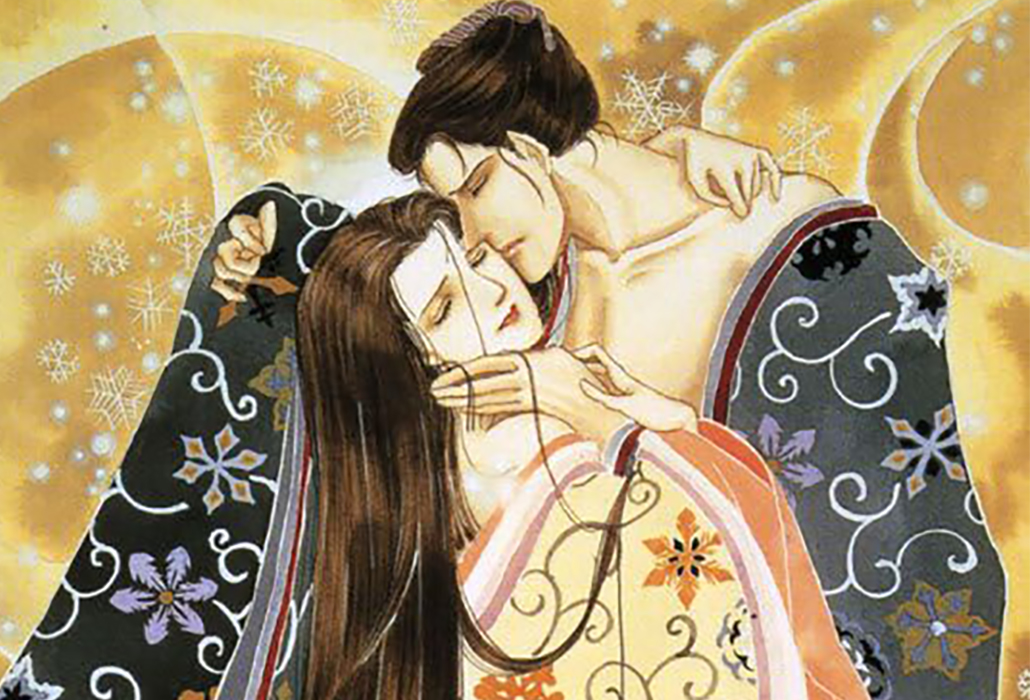 Hikaru Genji and Murasaki no Ue, detail: from The Tale of Genji, illustrated by Waki Yamato

The Tale of Genji, a Japanese classic work of literature will be Illuminated by a new exhibition at The Met Fifth Avenue from March 5 – June 16, 2019.

Written c1000 by a lady-in-waiting at the early eleventh-century imperial court, the Lady Murasaki Shikibu, The Tale of Genji has down the centuries had a profound effect on the evolution of literary traditions, as well as romance. 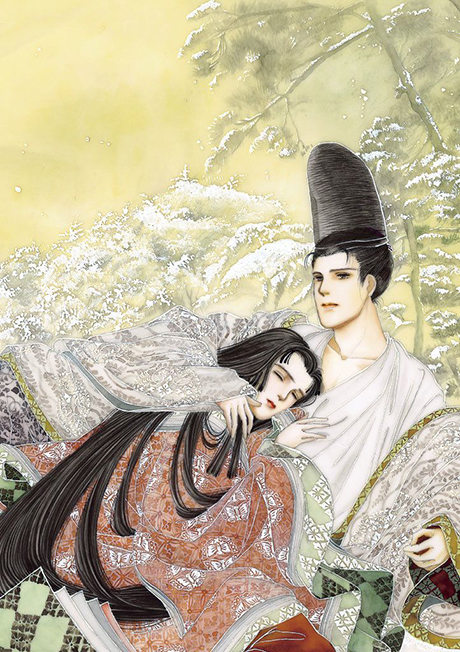 It also introduces some of the most iconic female characters in the history of Japanese literature.

During the Lady Murasaki Shikibu’s lifetime during the Heian period (794-1185), Japanese philosophy, which had been founded in Chinese culture became infused with the religion of Buddhism after the sixth century, bringing about a veneration for the natural world.

In her famous tale, Lady Murasaki Shikibu recorded the beauty of a garden.

It was not just a pleasing collection of trees and rocks, but an outward manifestation of a profoundly held belief and experienced sense of spirituality and it was believed only those who mentally completed the incomplete would discover true beauty.

It “… seemed to become every day more enchanting” Shikibu said, “…the little wood on the hill beyond the lake, the bridge that joined the two islands, the mossy banks that seemed to grow green, not every day, but every hour, could anything have looked more tempting…” she observed.

The exhibition will feature 120 + works, including paintings, calligraphy, ceramics, silk robes, lacquer wedding set items, a palanquin for the shogun’s bride, and popular art such as ukiyo-e prints and modern manga. 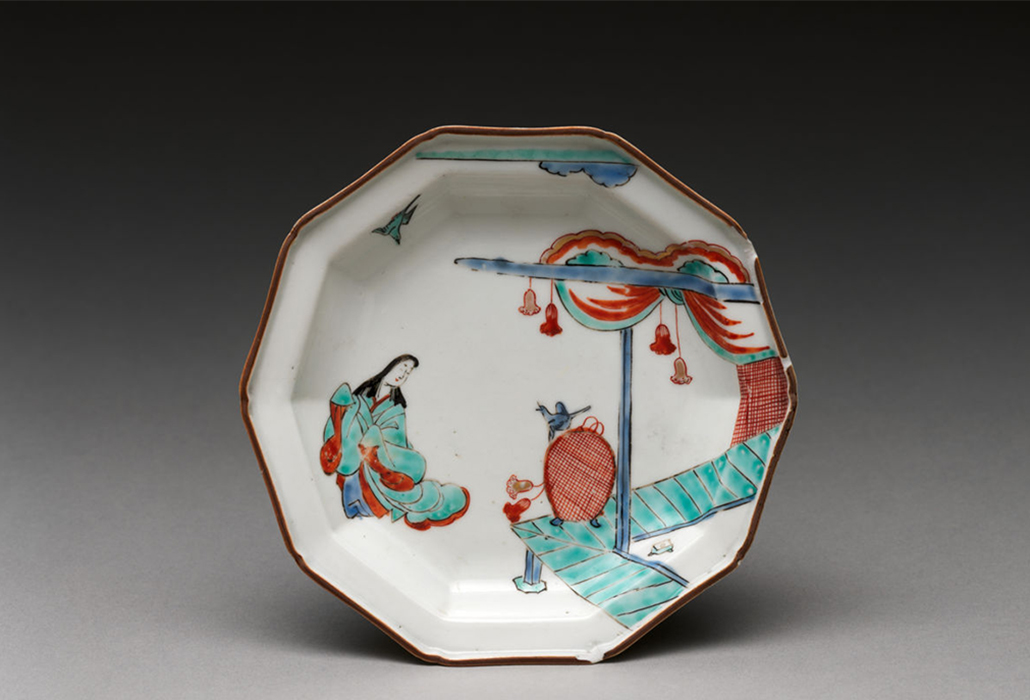 The design of an elegant court woman in a garden on a hard-paste porcelain plate, is one of the few motifs uniquely Japanese. The scene  is inspired by the fifth chapter of the famed Tale of Genji, in which the young protagonist peeks at a lady releasing a bird from a cage. 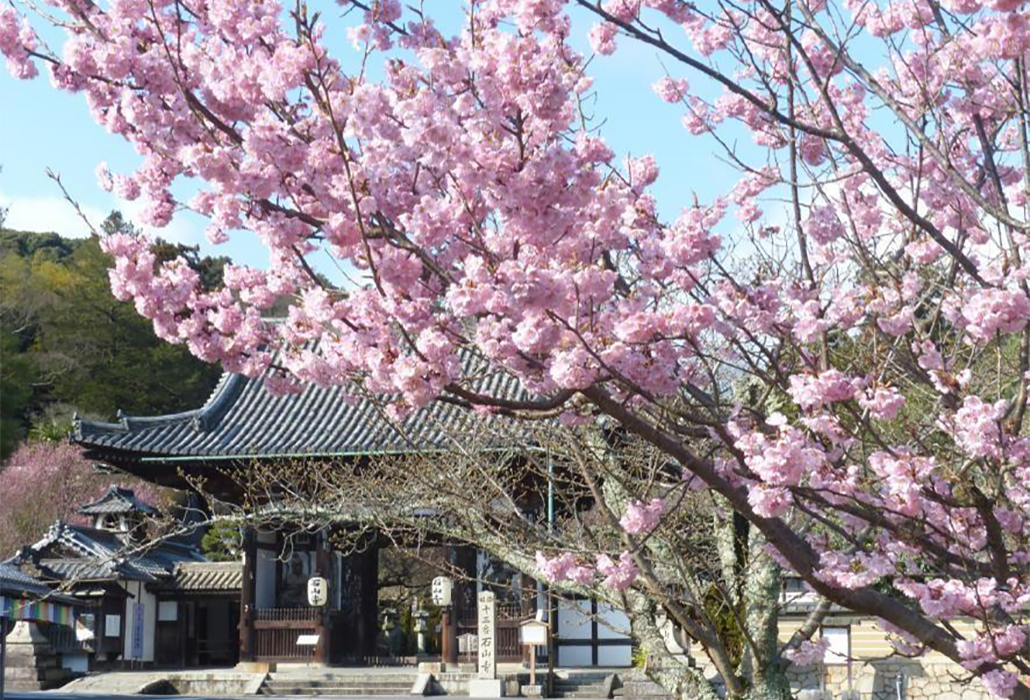 Ishiyama-dera Temple; a temple of flowers with connections to the Lady Murasaki Shikibu who wrote oldest novel in Japan, The Tale of Genji.

Highlights include rare works on view from Ishiyamadera Temple—where, according to legend, the Lady Murasaki Shikibu first started writing her story.

Holy places at the time were not just man-made temples, but could also be found wherever there were remarkable natural features such as a waterfall, a large rock, a towering cliff or, in the beauty of a single splendid tree. Each had their own divinity. Its intellectual and spiritual ideas formed the foundation for the creation of the earliest Japanese Gardens, which for the carefree pleasure of the privileged few who could afford such a life. The outward being the vehicle for the inward A remarkable survival of a tenth century sacred building, distinctively Chinese in style, dedicated to Amida Buddha is at Byodo-in, Uji. Surrounding it are the remains of a paradise garden dating from the same period.

New intellectual ideas challenged established thought and traditions and, as social conditions changed, so did the gardens. 1,760 stepping stones, each chosen for their individuality continue through the garden toward a bridge leading to a small teahouse (shoka –tei), which looks out on cherry blossom in spring and brilliant maple leaves in autumn. 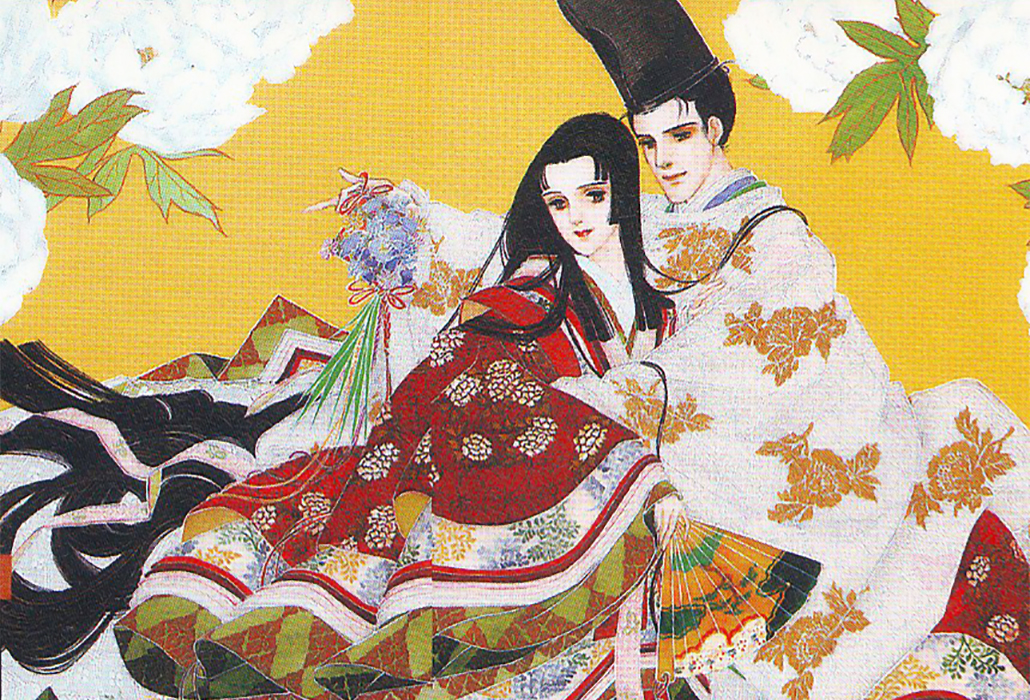 “… the shape of every little ledge and crag of stone carefully devised as if a painter had traced them with his brush…the boughs of an orchard showed above the mist, so heavily laden with blossom that it looked like a bright carpet was spread in mid air ..over the rocky cliffs in a torrent of colour that was mirrored in the lake below…” 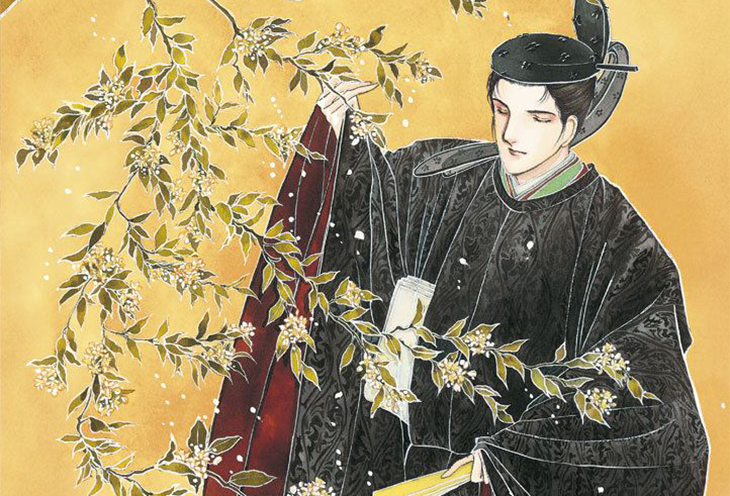 Hikaru Genji from The Tale of Genji, Art by Waki Yamato.

They have been inspired by The Tale of Genji, which has been translated into the comic book idiom, making Murasaki’s tale accessible to a whole new generation of readers. 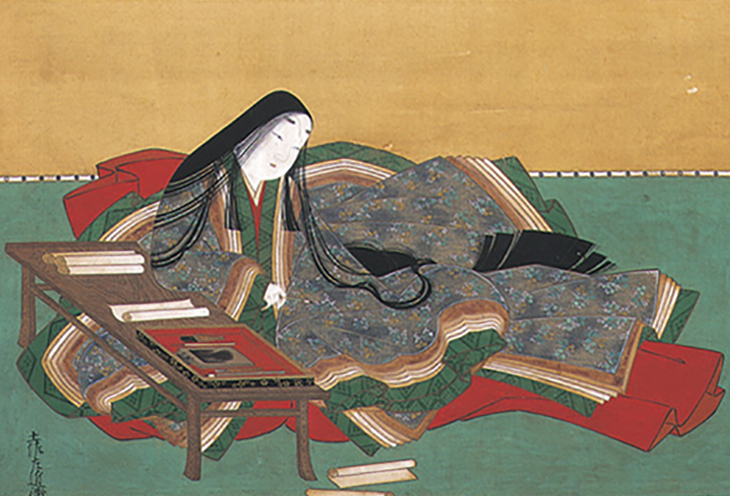 The Tale of Genji: A Japanese Classic Illuminated

Accompanied by a fully illustrated catalogue. 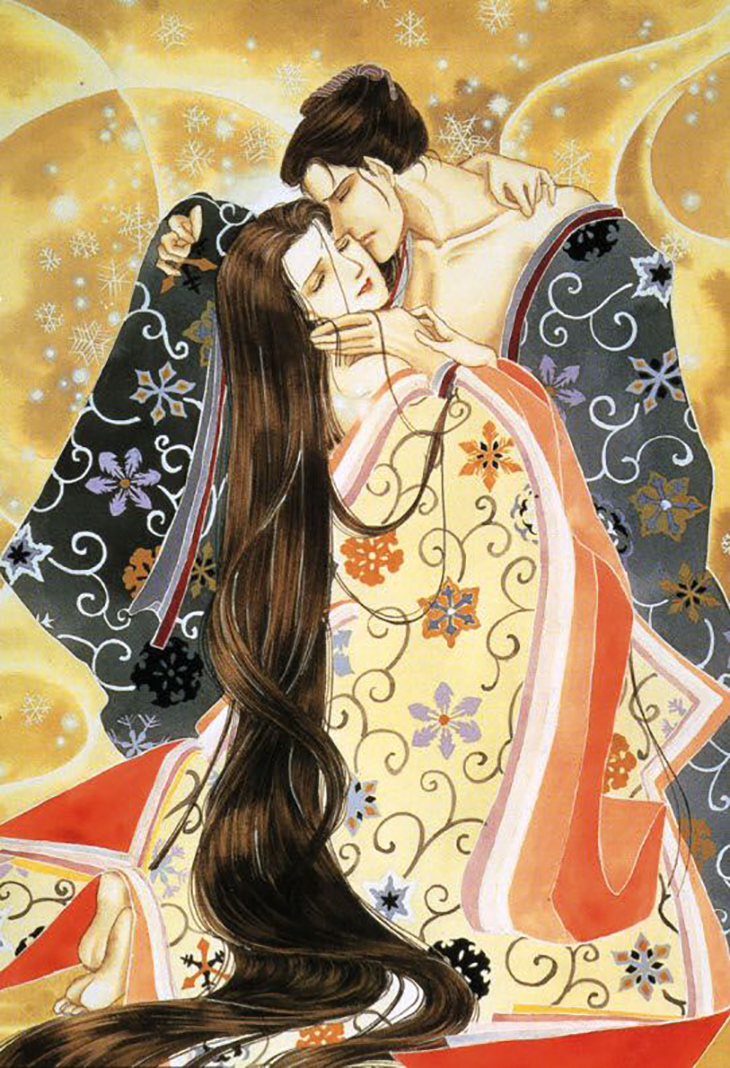 A site-specific opera Murasaki’s Moon—commissioned by MetLiveArts, On Site Opera, and American Lyric Theater in conjunction with the exhibition, will be presented in The Met’s Astor Court on May 17, 18, and 19. It is sure to be booked out. The exhibition is curated by John T. Carpenter, Mary Griggs Burke Curator of Japanese Art in the Department of Asian Art at The Met; and guest curator Melissa McCormick, Professor of Japanese Art and Culture at Harvard University; with Monika Bincsik, Diane and Arthur Abbey Assistant Curator for Japanese Decorative Arts at The Met; and Kyoko Kinoshita, Professor of Japanese Art History at Tama Art University.

The world of fashion is a funny and a sometimes fickle one. What is the toast of today, can be tomorrow’s passe. Why do some designers shine bright like a beacon in a sea of tre`ordinaire, while others sink like the Titanic? Well after experiencing the wave of enthusiasm that…