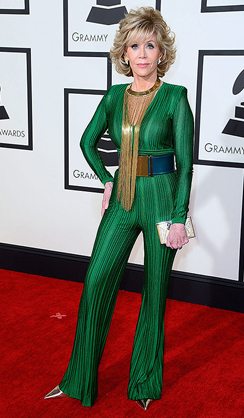 February is all about awards season, and last week we had both the BAFTAS and the Grammy Awards.

This week I’m weighing in on my favourite looks for music’s night of nights.

The 57th Grammy Awards, held at the Staples Centre in Los Angeles, is a night where the stars can go a little wild with their sartorial choices. This is always one awards show to look out for.

It’s meant to be young and fun, but it can also be hit and miss. Either way, it’s never dull!

So who rocked it and who needed a re-think?

Always a stunner in my eyes, she didn’t disappoint.

Her black Atelier Versace jumpsuit was sexy, sculptural and it fitted like a glove.

I just wished she had rocked a red lip.

I LOVE A RED LIP!

A big tick to Miley Cyrus (I can’t believe I’m saying that). In a floor length black Alexandre Vauthier, she showed off how a petite body shape can dress.

Just the right amount of skin, which is usually too much in Miley’s case, the neckline was a dream.

Kim Kardashian in Jean Paul Gaultier didn’t get there for me. It was more Liberace bath robe than it needed to be.

She’s a curvy girl and this was the wrong shape in my humble opinion. It would have suited her much taller sister Khloe. It just swamped her totally.

Katy Perry on the other hand, shimmered on the red carpet.

I loved this delicate Zuhair Murad dress, it showed off her hourglass figure to perfection, and I adore the purple hair. The colour keeps it fun and the soft waves brought class to this gossamer frock. Love it!

This fashion house is one to watch.

Stunning couture, fantastic fabrics and impeccable finishes are all part of their label.

The detailing on the gown is second to none. Swift always knows what works, and while she may not push any sartorial boundaries, I think she is a great role model for young girls.

The colour is one of my favourites.

Absolutely the right amount of leg, balanced beautifully by the long sleeves and finished with a perfect shoe from Prabal Gurung.

Oh, and the new haircut worked a treat.

Anna Kendrick in Band of Outsiders riff on the tux in black, finished with Jimmy Choo pumps was right on trend with this seasons masculine suiting style. Danielle Haim from the group Haim went for cream Stella McCartney and a nude pump.

I can’t not mention the big names of the night, and it is all in the eye of the beholder. Rihanna, it was big, it was bold and completely over the top, perfect for her personality.

More frou frou pink than a fairy floss factory but she rocked it!

The colour was stunning with her complexion.

The Chopard jewellery just enough to finish with.

I’d just really like to know how she sat down in it, that dress would take up a three seater lounge!

Sia, songwriter extrordinaire, kept on with her stance for privacy by wearing a huge white wig that covered the majority of her face. 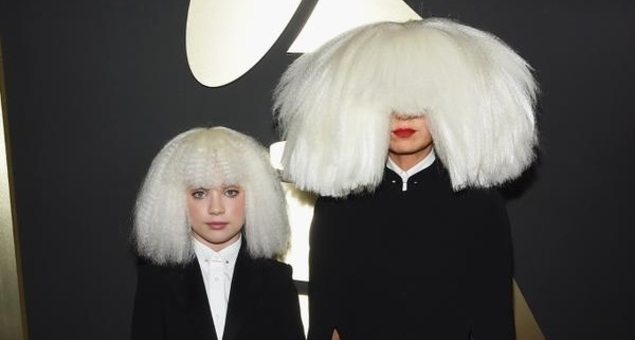 Accompanied by “mini me” child dancer Maddie Ziegler, who features in clips for “Chandelier” and “Elastic Heart”, they wore matching suits.

Eccentricity at its finest.

Finally I have to mention Madonna. 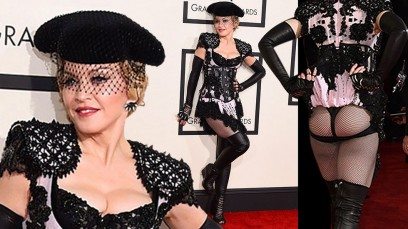 Dressed by Riccardo Tisci for Givenchy, Madge was up to her old tricks, looking like a Matador who’s pants had been gouged by the bull!

I think she looks amazing and she loves to shock, but really it’s all a bit predictable.

Yes she has a fabulous derrière, I’m not denying that, it’s just that we have seen it all before.

So there you have it, and next week it’s all about the 87th Academy Awards.

Stay tuned for my take on the Oscars!