Costume during from the eighteenth through to the first decade of the 20th century fulfilled a function way beyond just utility. It was all about enhancing its wearer’s natural attributes.

If you added an artificial attraction such as jewellery to highlight a generous décolletage and combined it with a fragrance, you heightened that perception.

The source of inspiration for subjects for beautiful jewellery in England, Europe and America came out of their designers embracing an interest in the classical age and historical design.

Designed in the so called garland style popular during the English Edwardian era (1901 – 1914), Rutherford of Melbourne will offer a stunning necklace as a centrepiece for its exquisite array of fine antique love jewellery at the AA&ADA 2015 Sydney Antiques Fair 9 – 13 September.

James Docking of Rutherford in Melbourne, known for their rare and unique jewellery, pearls and antique silver explains ‘… an impressive necklace of this quality does not come on to the market very often in Australia… it is quite a rare piece’.

It is made in platinum and features a detachable double bow that can be worn as a pendant.

Symbolic also of the firm of Rutherford, whose expertise in jewellery antique and modern is much admired, the necklace’s design was inspired by a revival of interest in ancient Greece and Rome’s halcyon days. This was when motifs such as swags, tassels, wreaths, bows and sprays of flowers appeared on architecture and sculpture.

This stunning necklace would certainly prove a panacea for all ills, especially when adorning its wearer. Dancing with the Stars co-host Edwina Bartholomew must have thought so recently wearing it on the morning Sunrise program for Channel Seven. Set into motifs of the halcyon days transposed during the Edwardian age into the styles of neck ornaments in high vogue, they echo the meaningful sentiment expressed in the Song of Songs…

Combined in a delicate gold setting in the age of elegance jewellery created with pearls and diamonds is a reminder today that by the first century jewellery from all around the Mediterranean overflowed with symbolism.

By way of contrast in fashionable styles before and after World War I (1914-1918) Rutherford at the Sydney Fair are also offering a stunning French, diamond and rock crystal platinum set ring.

Featuring a 1.25-carat diamond, the rock crystal inclusion in this ring in the Art Deco style ensures it is indeed special.

A colourless form of quartz, rock crystal enhances the quality of the diamond, reflecting that its design is frozen in its own moment in time.

The style known as Art Deco was named for the Exposition International des Arts Décoratifs et Industriels Modernes, held in Paris in 1925. This was the period when designers finally abandoned the fluidity of the pre-war Edwardian and Art Nouveau jewellery based on forms in nature and instead, began embracing geometry.

The whole philosophy behind the art of design at this time also changed.

Communities of artists shared their passion for beauty, functionality and simplicity of style.

Bruce Rutherford (1926-2014) first founded his business in country Victoria and his city business followed in Bourke Street during the 60’s when he also expanded his business acumen and knowledge in London.

By the 1990’s, Bruce Rutherford had also established Melbourne’s first store specializing in pearls at 174 Collins Street, including South Sea Pearls, the most beautiful and largest pearls in the world. Pearls are mentioned in the great Epic of Gilgamesh from antiquity, as being in the ‘garden of the gods‘ where ‘…all round him stood bushes bearing gems. Seeing it he went down at once, for there was fruit of carnelian with the vine hanging from it, beautiful to look at; lapis lazuli leaves hung thick with fruit, sweet to see. For thorns and thistles there were haematite and rare stones, agate, and pearls from out of the sea’.

In ancient Greece the pearl was sacred to the goddess Aphrodite, whose divine duty was to make love and inspire others to do so and they predominated in jewellery making for centuries.

They were considered a miracle delivered by nature to adorn your person and to reflect your status and rank in society. Unless diamonds were larger than four carats, and just about blinded everyone with their brilliance, they remained only secondary to pearls.

Today the beauty and allure of pearls still continue to attract a loyal and devoted following. A rare late Victorian demi-parure of a Micro Mosaic Brooch c1880 and matching earrings, which also has connections to the goddess Aphrodite, is offered in the latest catalogue from Rutherford.

Grand Tourists collected Micro-Mosaics during the eighteenth and nineteenth centuries. This was when all roads led to Rome and jewellery souvenirs were easily brought home, where they also inspired an interest in the art form among local artisans.

During the late nineteenth century the excavations of the remains of the ancient cities of Herculaneum (1738) and Pompeii (1748) that had been ongoing on for over a century, were yielding exciting information about how Romans had lived and worked.

The imagery found in fresco and mosaic art inspired creative minds to innovate new designs in many areas of the decorative and visual arts based on the past.

The art of mosaic had originated in Ancient Greece when pebble mosaics had ornamented the floors of their domestic buildings. The Romans admired Greek art and turned mosaics into technical tour-de-force, using glass and other semi-precious and precious materials.

For jewellery mosaic images were created using tiny vitreous beads of coloured glass. These were fused together and made into oblong tiles known as tesserae.

Crafted brilliantly to represent the doves and rose of the Goddess, an allegory of the Triumph of Love, this demi-parure was made c1880. Doves and roses were not only symbolic of pagan love, but also emblematic of the Holy Spirit and the Virgin Mary for Christians.

Gold and silver were the deal metals to act as a base for jewellery mosaics, with each piece containing thousands of the tiny tiles. Egalitarian ideals had triumphed over aristocratic habits and the all-new streamlined style of jewellery reflected the new age motto of ‘live and forget the past’. 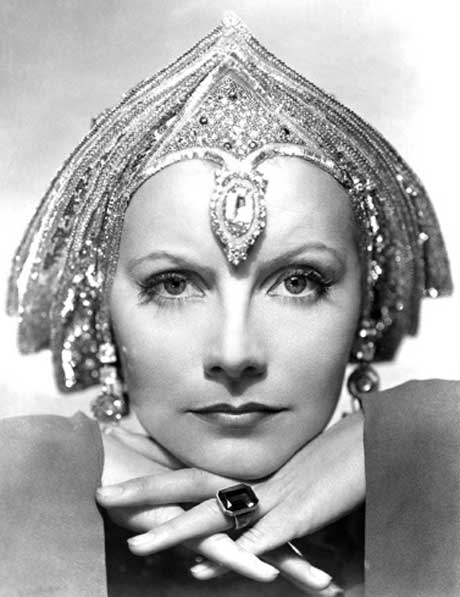 It was a preference, especially for those women who were wanting to change the status quo, those wanting to embrace contemporary political and social issues.

Cropped shorter hairstyles set off new edgy smarter jewellery choices and came to characterize these women and symbolize their call to action to help create a new society where men and women would be equal.

They cast aside their long skirts and elaborate hairstyles for practical functionally shorter dresses, which had first become necessary during the war when textiles were hard to obtain.

Created by acclaimed designers and jewellers over the centuries, gems set into jewellery and given in love reflect a multitude of personal messages and meanings, especially when worn to mark an occasion or showcase status and style.

Today Bruce Rutherford’s family carry on his legacy, offering a superb choice of jewellery, antique silver and pearls from the Victorian and Edwardian eras to Art Deco to the Retro 50’s and contemporary times to suit both your pocket and sytle preferences.

Their newest store is also situated in Melbourne’s much loved iconic heritage shopping precinct The Block Arcade, which was established in 1892. Throughout human history gems have been prized for their rarity and allure, treasured for their matchless beauty as well as their perceived mystical and curative powers.

The difference between a mineral and a gemstone is that gemstones are usually cut and used in jewelry due to their exceptional qualities; durability, rarity and beauty. Forged from the earth, they have both become over the centuries emblematic of enduring love.

Jewellery with a story attached I have to say is always my own preference because it always gives me great pleasure to know that I will only have the pleasure of safeguarding it, even if it is but for only a brief moment in time.

174 and 182 Collins Street and, The Block Arcade,
Melbourne, Victoria