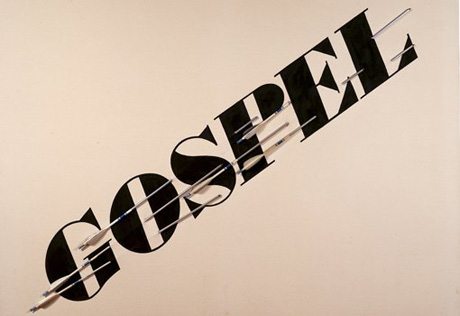 Proclaiming the his own version of the ‘Pop ‘Gospel’ recently director of the Art Gallery of NSW Dr Michael Brand together with Steven Lowy, President of the Board of Trustees unveiled a strategic vision and master plan for the Sydney galleries considered redevelopment, which involves a major building project to be completed by 2021. Brand is helping imagine the future of the Sydney gallery precinct so that it will continue to serve its very large audience into the 21st century. He and Lowy want to connect their ideas and initiatives through the arts to = great outcomes.

All art is subjective; about experience, study, observation and learning. Everyone who views a work of art will take away from it their own interpretation of what it is they have seen. It is about illustrating our world through skill, cunning, artifice and craft. It has a personal often powerful and unanalyzable creative power and is about proficiency, invention, execution or even mystery, which is often plotted with great cunning. It’s also about symbolism and how it can create a sense of awe. On 14th June, 2013 at the Art Gallery of NSW Dr Brand unveiled Gospel 1972, a significant new acquisition for the gallery by internationally acclaimed American living artist Ed Ruscha (b1937). The work has been seconded from the artist’s own personal collection.

Earlier this year the Art Gallery Society of NSW invited Michael Brand to choose an artwork to celebrate his appointment as director of the Gallery. “I was highly honoured that the Art Gallery Society made this very generous gesture and when asked to choose a work, I immediately started thinking of Ed Ruscha. I have always been drawn to his crisp early Pop paintings and I was also keen to find a work that would support my goal of building stronger ties to art practice in California. I was fortunate to get to know Ed when I worked in Los Angeles and consider him an artist with great public spirit as well as being one of the true giants of our era,” said Michael Brand. John Masters, president of the Art Gallery Society, said, “The Society was thrilled to be able to acquire the work by a major exponent of American Pop art for the Gallery’s collection. This work will now be part of the Gallery’s Pop to Popism blockbuster next year. It’s a wonderful work to also acknowledge Michael Brand’s appointment as our director”.

He earned a formidable international reputation on the Visiting Committee of the Harvard Art Museum, the International Advisory Board of the State Hermitage Museum in St Petersburg and the Governing Board of the renowned Courtauld Institute of Art at London.

Moving between two and three dimensions, Ruscha’s Gospel Brand believes ‘holds the sublime and the banal in perfect tension, making overt reference to a divine text while evoking the everyday reality of popular devotion’. With Gospel, Ruscha moved beyond the mainstream of Pop art, choosing a bold, sweeping historical typographic style for what is a culturally loaded subject. 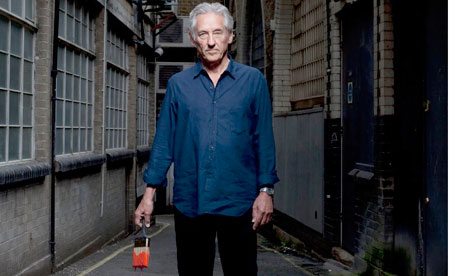 Mainstream American Pop Art used imagery, symbolism and historical knowledge well. Pop Art arrived via 20th century American painter, print maker, avant-garde filmmaker, record producer and sometime author Andy Warhol (1928-1987), who exploited his own ideas and talent to make money and enjoy his moment in the sun, while helping others have ‘15 minutes of fame’, a phrase he coined.

Understanding reality, symbolism and about how art can have a motivating and inspirational effect Rucha’s work is more suggestive of commercial sign-writing, rather than holy scripture as he teases us with its gravitas then, literally, pierces it, and the raw canvas on which it is painted, with metal arrows.

This simple powerful physical element introduces the subject of Jesus Christ’s great act of martyrdom to the reading of the composition. ‘Ed Ruscha and his wife, Danna, have generously assisted the purchase – making a matching contribution, together with the support of the Gagosian Gallery New York – to ensure that we could have this painting in the Gallery’s collection,’ said Brand.

“Art has to be something that makes you scratch your head,” American artist Edward Joseph Ruscha IV is quoted as saying.

His work first achieved success through the many photographic books he produced between 1962 and 1978, which were influenced by the irreverence of the Pop art movement. Since then he has become a force to be reckoned with on the American scene in art, his works featuring in major galleries all over the country. Ruscha’s childhood was a strong influence, especially when choosing words for large paintings such as GOSPEL, FAITH and PURITY. Ruscha set type by hand using typefaces invented by Giambattista Bodoni who worked at the Vatican print works during the late 18th-century. He worked at a small private press in Los Angeles, which was considered one of North America’s finest from 1931 – 1985 when it was sold. Plantin Press had been named for the famous press at Antwerp which had been the focal centre of the fine printed book during the 16th century.

In 2011, the J. Paul Getty Museum and  Getty Research Institute acquired over seventy photographs by Ruscha as well as his “Streets of Los Angeles” archive, which begins with the photographic and production material for Ruscha’s landmark 1966 book Every Building on the Sunset Strip, and includes the original camera-ready three-panel maquette used for the publication. The archive comprises thousands of negatives, hundreds of photographic contact sheets, and related documents and ephemera.

Ruscha seemingly broke with all conventions and previous methods, adhering to views inherent in the goals of Modernist artists of the late 19th century. His work was also strongly influenced by the Hollywood film industry, much like Warhol who had said I love Los Angeles. I love Hollywood. They’re beautiful. Everybody’s plastic, but I love plastic. I want to be plastic*

Gospel is one of a group of paintings of words or phrases produced by Ed Ruscha during the 1970s, which were often pithy and used against fields of colour and through their influence today words in paintings have become a distinctive characteristic of the post-Pop era as well.

‘The painting will greatly enhance the Gallery’s existing collection of international contemporary art. There is only one painting by Ruscha in Australia, from a later period. Gospel is from the key early period and there is nothing like it in Australia,’ said Michael Brand.

UK humanist and thinker Richard Reeves is a man who, through his life and works to date, underlines the importance of thinking and its power. His role model reinforces that unless our thinking is allied to positive and progressive action then it is just another ineffective means of passing the time of day. In 2010 Richard Reeves is turning talk into action, encouraging integrity through the courage of his convictions and, contributing meaningfully to the dawning of the world’s new age.