Oh, to be in London this coming spring! Along with the usual blossoming daffodils and lengthening days, as the dark winter gives way to the bright and cheerful springtime, there is another special reason to wish to be in England’s capital this year. Currently on show at the Tate Modern, that most wonderful of galleries housed in an old power station on the south side of Thames River, is The Radical Eye: Modernist Photography from the Sir Elton John Collection. Sir Elton’s collection spans more than 7,000 photographs and, very fortunately for the viewing public, he has agreed to almost 200 of these rare vintage prints, focussing on the modernist period from the 1920s to 1950s, going on display at the Tate Modern.

Over 70 artists are represented, including Edward Weston, Man Ray, Alexandr Rodchenko, Edward Steichen and Margaret Bourke-White among many others.

This is a great treat for the viewing public, as the collection comprises many iconic photographs, already a part of the visual vernacular of today. These are the photographs idolised by many, known to be some of the most creative, intelligent, and original images ever produced.

It also marks the beginning of a long and important relationship between the Tate and The Sir Elton John Collection, by which Sir Elton John and David Furnish have generously agreed to donate a number of works to the nation. The exhibition sets out to highlight how artists explored the many different facets of the photographic medium and re-wrote the rulebook of photographic approaches and techniques. Experimental photographic approaches – brand new and often controversial at the time, are on display, investigating and exploring new ways of representing architecture, and the human form. Also on display is an inspiring array of portraiture, taken by some of the Great Masters of Photography, of some of the most well-known figures of the 20th century, including Igor Stravinsky, Salvador Dali and Jean Cocteau.

Sir Elton’s extensive photography collection began in 1990. He had recently become sober, after a number of years of infamous excess, and had also recently sold his painting collection, all bar four, at Sotheby’s. Soon after this, David Fahey, a gallery owner in Los Angeles, introduced a number of fashion photographs to Sir Elton, by Irving Penn, Horst and Herb Ritts, and he was immediately smitten. His taste in photography is based on what he loves, rather than what is popular, or the value, and he lives surrounded by the works, and they cover almost every wall in his house in Atlanta in the United States. The oldest piece in the exhibition is the Underwater Swimmer, by Andre Kertesz (1894 – 1985). Taken in 1917, of the photographer’s brother, this is a truly iconic image, and has influenced many artists since, including David Hockney’s Californian swimming pool paintings as well as Max Dupain and Robert Mapplethorpe.

The Underwater Swimmer is also Sir Elton’s favourite photograph in all the collection. He has two versions, a later print, which he acquired initially, but he was so enraptured by the work that when the original print, a tiny photograph of just 32mm x 45mm printed directly from the negative without enlargement, became available, he had to have that as well. Sir Elton is a great fan of tiny photographs, which are often printed directly from the negative with no enlargement, and there are many on display in the exhibition.

Man Ray’s Glass Tears, seen at the top of the article, is a truly iconic photograph from an iconic artist of the 20th century, and just happens to be one of my favourite images. The wonderful combination of beauty, glamour, emotion and art, with a dash of surrealism thrown in, goes into creating what I consider to be one of the perfect art works of all time.

Seen in pride of place at the centre of the exhibition, this work was one of Sir Elton’s first acquisitions, at the start of what was to be a magnificent journey into photography 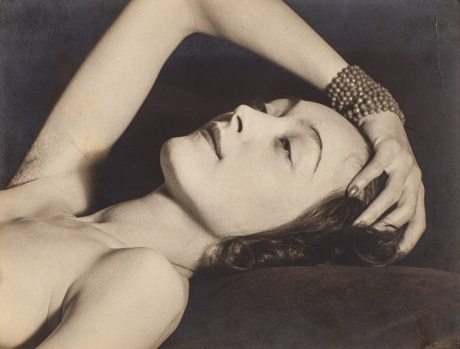 Man Ray (1890 – 1976) was an American artist who resided in France for the majority of his adult life. His career spanned painting, sculpture, film, prints, poetry and photography, and was influenced by Cubism, Futurism, Dada and Surrealism. In 1930, having declared that ‘painting is dead, finished,’ he moved on to photography, and is now considered a key figure in modernist photography.

Twenty-five of Man Ray’s images are included in The Radical Eye, which is sure to be a highlight among highlights of the exhibition. 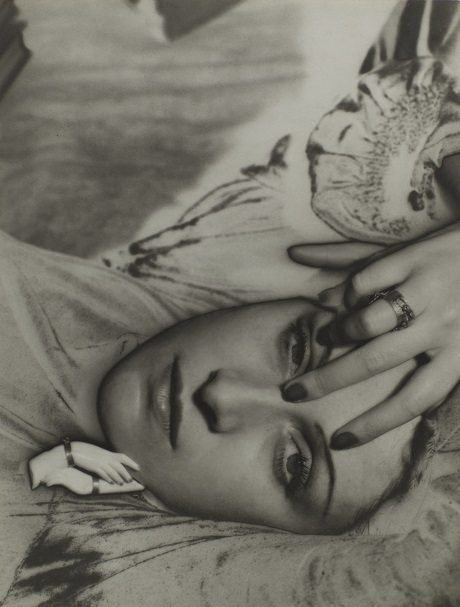 He utilised many innovative photographic techniques, including solarisation – a process whereby the image is wholly or partially reversed in tone, as can be seen in Dora Maar, one of the stunning works on display.

Another technique developed by Man Ray was the ‘rayograph’, also known as a photogram, a form of ‘cameraless photography’, where an image is created by placing objects directly onto photo-sensitive paper and then exposing the paper to light. This technique was popular amongst modernists, and a number are on show in The Radical Eye, including Man Ray’s Rayograph.

I simply adore Man Ray, to the extent that I have visited his grave in Paris not once but several times, at the Cimetiere du Montparnasse, where he forever rests next to his wife, Juliet. To have the opportunity to view such a range of Man Ray’s work, alongside the images of his peers, is absolutely marvellous. Another iconic image on display, of a very different woman, is The Migrant Mother, by Dorothea Lange. This photograph was taken in 1936, at the height of the Great Depression in the United States, and shows a destitute mother, only 32 years of age, her furrowed brow and lined face indicating the burdens is carrying, as she attempts to feed her children and keep them out of harm’s way. Full of emotion and poignancy, this image became mythical in its status, representing the Depression era and its extreme hardships. 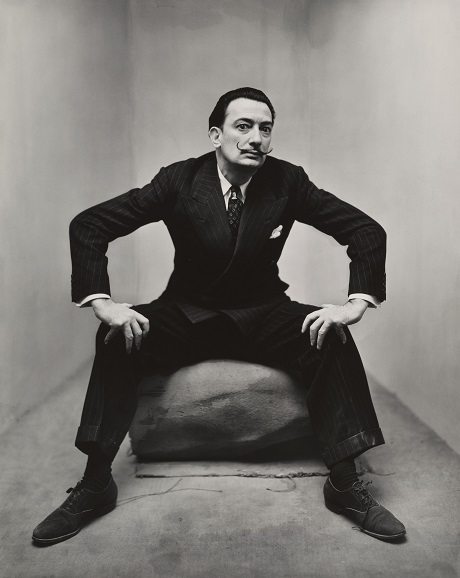 The breadth of subjects within this exhibition is astonishing, from the architectural to human form and portraiture, from the frivolous to the unforgiving. The collection amassed by Sir Elton John is truly wondrous, an important collection that has allowed the Tate Modern to tell the story of modernist photography for the first time. The Radical Eye: Modernist Photography from the Sir Elton John Collection is an exhibition of great magnitude, but also of great joy and beauty. I would urge anyone in the vicinity of London to pay a visit to the Tate Modern prior to 21 May 2017, to take in this amazing display of photography curated by Shoair Mavlian with Simon Baker and Newell Harbin, Director, The Sir Elton John Photography Collection.