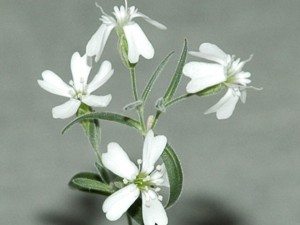 The fascination for man with flowers has been their incredible ability to adapt when displaced from their original environment to another where they flourish and develop new characteristics to suit the regions in which they find themselves.  Primitive man, as a hunter and gatherer, was fully aware his existence relied on his knowledge of the land its flora and fauna and importance in his life cycle. When the frozen remains of ancient hunters and gatherers were found this century, without exception, the seeds of plants needed for personal sustenance or for planting when he eventually reached his destination were found with him. This simple white narrow leafed campion has been produced from the frozen remains of a 32,000-year-old Arctic flower. Its the oldest plant ever grown from ancient tissue. 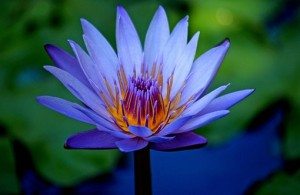 The Ancient Egyptian believed that divine power was contained within the scent of a flower…and their profound love of flowers and gardens was richly expressed in the poetry of the ancient kingdom and Hebrew love songs, which contained numerous floral allusions and comparisons. The modest lotus represents a transformation, emerging as it does from the murky bottom of the pond to penetrate the surface of the water to reveal its face to the sun from which it draws its strength and beauty. When the Romans arrived in Egypt they described the overpowering fragrance of the flowers and wondered that the heady scents could obscure their mind and impair their judgment. 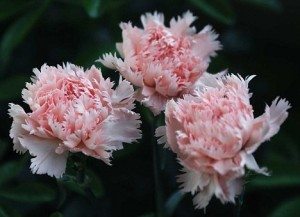 The ancient Greeks loved flowers and intertwined aromatic herbs with colourful blooms. Fragrant flowers were also placed on graves where the scent was regarded as a sign of the transfiguration of the deceased. Dianthus, means ‘flower of the gods’ in ancient Greek and Greek botanist Theopharastus named the flower from “dios,” the Greek god Zeus, and “anthos,” meaning flower. We know that from six centuries before the Christ event were commercial nurseries. In classical Greece and Rome each God was associated with a plant, or flower and it is interesting to muse, pardon the pun, on the Arcadia we are all seeking for ourselves through the planting of a garden.

Andrew McKinnon’s Scotland the Brave, a smash hit celebration of culture with as soloists soprano Mirusia and tenor Gregory Moore, wowed the crowd at Hamer Hall