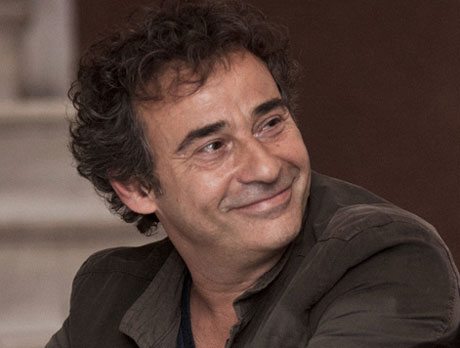 Today living in Melbourne it’s very pleasing to have the Palace Cinemas nearby, taking up that fine tradition of presenting outstanding movies in a civilising atmosphere where adults enjoy wine and cheese or coffee and cake with a gourmet range of ‘choc’ tops as well. Great stuff.

Set in contemporary Barcelona, a city of many contrasts, A Gun in Each Hand is a truly delightful movie enjoyed this week, one that contains no violence. The guns are metaphors for men in crisis, ‘when love is a weapon you need’. It is all about the changing gender roles in society, the focus being on Spanish culture, but one many others will no doubt relate to, especially here in Australia.

This truly delightful movie was created and directed by Catalan Spanish film maker Cesc Gay, who reveals great empathy with his male characters, as he gradually unfolds six engrossing tales about love both lost and found, as well as friendships valued. The few main girl characters in the piece are foils reflecting not only how different the two sexes really are but reinforcing the idea men really are from Mars. In that landmark publication, author John Gray wrote ‘Love brings up our unresolved feelings. One day we are feeling loved, and the next day we are suddenly afraid to trust love ‘.

This so-called sleeper movie became a great hit and then a commercial success after it had premiered at Spain’s Music Festival and won acclaim at many others. Since it has been released it has grown in both fame and favour. The stories are about men of that ‘certain age’, all of whom are in the middle of one crisis or another. I suspect we may even seen an American version loom up on the horizon in the future. 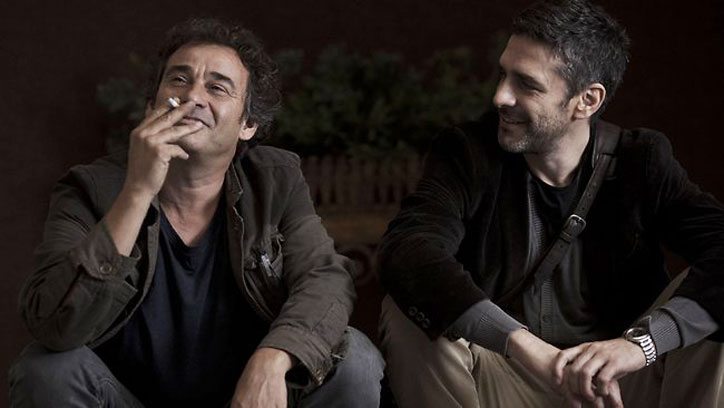 The script is delivered in fine conversational style, one that is as charming as it is seductive and instructive.

This is highly intelligent film making and very disarming, particularly for me in the opening story when two old male acquaintances, played by Eduard Fernandez and Leonardo Sbaraglia, get together to bond over a chance meeting, as one is emerging from, and the other intending to enter, a lift.

I loved this opening piece and how brilliantly the director paces it. It was in every way a brief encounter of the very best kind.

Trapped by a passing rainstorm in the foyer of the building, we can only but feel pure joy at their frank and honest exchanges about the struggle one is having with his divorce, while the other’s struggles to relay why he is there visiting a psychotherapist.

At times many will as I did, break out in an involuntary smile, especially as the poignancy of the tale that gently unfolds takes you completely by surprise. 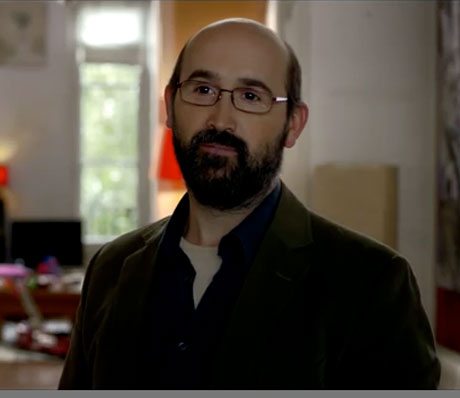 The reality of what we are witnessing makes us feel like voyeurs on real people’s real lives, such is the brilliance of the acting style required by the director.

All the men involved frankly express the emotions they are feeling to each other in an entirely engaging way, appearing both tender and sensitive to each other’s plight. Its a very clever male bonding movie, which sadly will probably be viewed mainly by women as many men will find it hard to confront.

As these men all talk to and with each other about the disappointments of their life we are left to feel only bereft when their brief encounter comes suddenly and quickly to a close.

Balding and bearded, Javier Camara in the next vignette is depicted returning to his family home having picked up their son from school while attempting to reconcile with his wife, who he left after a random fling that did not last.

Played by the wide eyed beautiful, buxom Clara Segura, his wife as we can see clearly lets him know that he has that he made a big, big, no huge mistake, when he fooled around.

You feel yourself squirming and want to climb under the seat as he attempts to win her back while all the while she remains as cool as a cucumber, while teasing him unmercifully, enjoying his extreme discomfort.

When she finally lets out the secret she has been keeping (no spoilers here) he leaves in total disarray and we can only but feel sympathy for his anguish and the position he finds himself in.

He’s been punished big time for what he now thinks was a minor misdemeanor.

What next we wonder and then suddenly we are met morphed into a park where one man, Ricardo Darin is sitting quietly and silently on a park bench contemplating the gentle and pleasant scene around him.

Another arrives, Luis Tosar, chasing after his Labrador dog, who is off the leash and enjoying himself immensely.

They both start up a conversation about how the husband on the park bench’s wife is having an affair.

This brilliant exchange ends with a delightful twist, and we are left breathless at the quality of the dialogue enjoyed during the exchange.

Gay’s magic is now well established and what is to come can only reinforce that view.

Now we are in an office, where Eduardo Noriega, whose really a bit of a dreamboat in more ways than one, is playing a married man with a brand new baby. He is busy hitting on a fellow female worker who teases, taunts and tantalizes him to a point we all know that he is thinking entirely through his personality, which is befuddling his judgment.

When she invites him for a téte a téte in a toilet, the gun he is packing and hoping to fire, actually misfires and causes him far more than acute embarrassment.

Our final final encounter is of a very different kind and for many it may not seem quite as satisfying as those previously. But then it is very different. 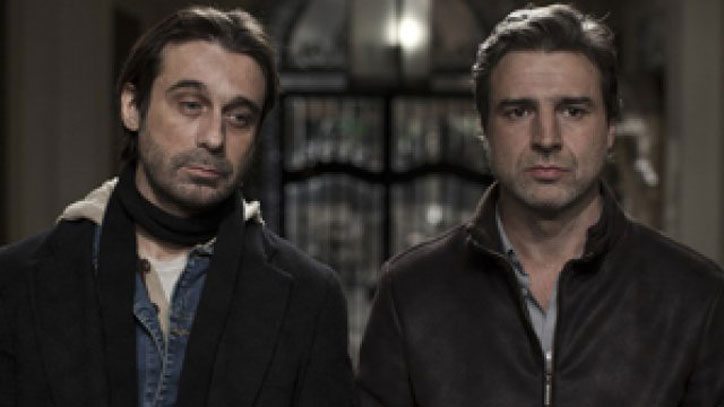 Rather than being concerned with life from only a male point of view, which as they will tell you is ‘straight up’ (something I can testify to having been a mother of three sons), reveals just how messy life can be when both sexes get together. Especially when one doesn’t admire at all what the other is saying.

The two men involved are great friends, who are each picking up their other’s better half on their way to a party they are all attending. On the way they find out secrets about each other that see them both feeling totally shaken.

When they do meet up again they are completely speechless over the facts revealed by each other’s wives.

And yes, you guessed it, when we get to the party they are all there, because they are friends of the host, who never appears.

This is a tale for today’s X generation, who are either approaching or already entering their ‘mid life’ crisis. The issues they face together are very different from those my generation encountered at the same age.  We were probably a decade or so later too. 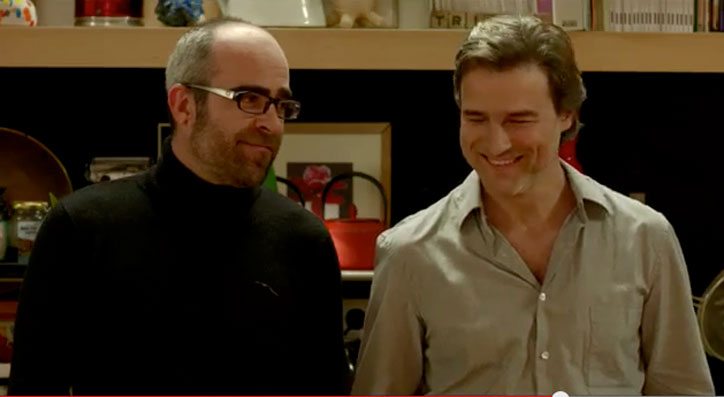 For us it was about when the children left home and the dog died and the two people left together at the end of the day had both often grown in different directions. These guys are all gorgeous in their own way and very different, as have their journeys been to reach this point in their lives. Disappointments are not something they cope with at all. Probably did not have too many as a child.

Some we discover have not even got out of the starting gate or even on the road to being responsible for others yet, except perhaps for themselves and the dog.

We can well understand their confusion, because a straying dog is far easier to control than a straying wife, especially one you love. You are after all wonderful so why would she leave or worse still, be unfaithful to you.

The piece is also impeccably acted by perhaps the most wonderful ensemble cast of Spanish actors yet assembled.

It’s not a brutal take down of the male species, but rather bright, breezy, thought-provoking insightful entertainment. Smart, ironic, witty and wise it offers many pleasures and is pretty much irresistible.

My eldest son’s partner and I saw it together and we definitely gave it four stars.

A GUN IN EACH HAND

Professor Bruce Boucher’s scholarly and accessible work, Andrea Palladio, The Architect in his Time was first published in 1994  in a ‘user friendly version’…to fit comfortably into a suitcase or backpack for a quick trip to Vicenza, the scene of many of Palladio’s triumphant works in architecture. Don’t know about…