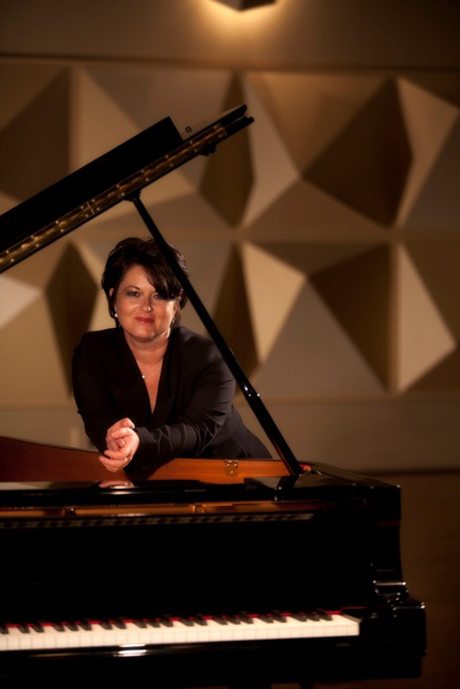 Artistic director Kathryn Selby delivered a Program at City Recital Hall at Angel Place that had the audience in raptures.

The Mozart and Mendelssohn Program was performed by the Willoughby Symphony Orchestra with Dr Nicholas Milton the Conductor and Kathryn Selby on the Piano.

Dr Nicholas Milton led the Willoughby Symphony Orchestra to perform superbly, communicating to the audience the essence of the music.

He inspired the musicians to express their skill and individual responses to the music. Their appreciation and expertise was harnessed by the conductor and it connected with the audience to create the magic of the performance.

The Willoughby Symphony Orchestra is ‘revered as Australia’s finest community orchestra’ and will celebrate their fiftieth anniversary in 2015.

Dr Nicholas Milton has led the Orchestra since 2001 both as Artistic Director and Chief Conductor.

He has a reputation for a charismatic stage presentation and thrilling interpretations and this was no exception.

The concert commenced with Mozart’s Piano Concerto in B flat major, K595 and composed in 1791.

This was Mozart’s last piano concerto and is distinctive in character and more experimental than previous compositions.

The work has a solid thematic assimilation of the movements which would become even more significant in the nineteenth century. The music began with the joyous pure sound of the theme echoing across the instruments of the Orchestra.

It was like leaves scattering, autumn colours cascading in tonal swirls. The music played and a very rural pastoral scene emerged across the character of the music. Her calm poise enhanced the beautiful playing and the notes rose up and fluttered in exquisite plumes of sound.

The harmony and balance of resonance between the Piano and Orchestra was expertly guided by the Conductor. The sounds built and retreated creating orchestral light and shade.

Kathryn played with passion and immersion in every moment of her music making.

The musical notes gracefully rolled off her fingers and built a sense of serenity.

Her playing transported me back to the country scene of rolling grassy hills, bubbling streams and tumbling down on soft mounds of earth.

Lying on the ground looking up through the dappled leaves of trees and wondering about the blue sky above were images for me, evoked by her performance. The Larghetto began gently and melodically on the piano and when the Orchestra joined in, praise for each moment of life swept across the audience. The ponderous and poetic second movement was a window to the beauty of sound and the eloquence of the composition.

Kathryn evoked an emotional response with her reverential playing that captured the integrity of true purpose so delicately. It was a thrilling and beautiful performance.

In the third movement the piano began with a cheerful dancing refrain that invited all to share and participate in the fun. Excitement quivered and a roller coaster of emotions erupted to lift the human spirit.

The ongoing dance of life permeated the cycle of beauty and discovery in the music.

For me it was like the themes of the music were running and chasing each other delighting in the game. The optimistic character of the music was the jewel in the crown of beautiful sounds.

It was an enchanting performance and my most favoured recent performance from Kathryn Selby. She was certainly acclaimed by the audience who spontaneously swooned and applauded with vigor and appreciation. Dr Nicholas Milton with the Willoughby Symphony Orchestra and Choir

Dr Nicholas Milton introduced the second part of the Program and warmly referred to his long professional association with Kathryn Selby. They were both members of ‘The Macquarie Trio’ and their warm embrace after the Mozart performance shared their intimacy with the audience. These moments make a live performance very special. In a personal way the audience shares in the relationship. 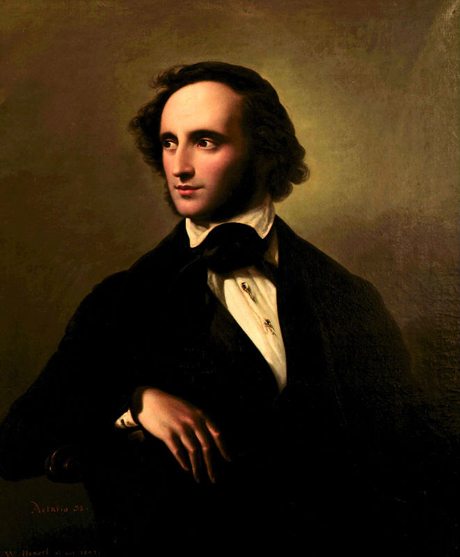 Mendelssohn was a German composer and his Symphony No. 4 in A major, Op 90, affectionately known as the Italian Symphony was composed in 1833. The composition was inspired by his response to Italy during his European tour from 1829 to 1831. He was a gifted and prolific composer making his first public debut at nine years of age in Berlin.

The Allegro vivace engaged the audience; it immediately immersed us in a blissful journey that offered us a feast of rich and robust sounds. The animated conductor Dr Nicholas Milton almost told the story with his hands.

My mind was swept away to picturesque scenes, quiet reflective places, where festive celebrations were dotted in the journey. The light and shade of the music spoke to me of a variety of vignettes from the large landscapes of the country to the intimate pictures of daily life.

The audience was invited to savour the succulent tastes, exquisite sights, harmonious sounds and rejuvenating experiences of travel in Italy.

The newness and freshness of the experience was ever present in the combination of the timbre of the combined orchestral sound. The wonder and discoveries of the journey was awe inspiringly present in the composition. The first movement concluded with a triumphant message.

The second movement began a little more philosophically. Tentative thoughts of further rapturous possibilities like sacred places, cultural icons were woven into the various paths the journey explored. The contemplative mood celebrated the beauty and traditions unlocked within the composer’s travels.

I felt the themes of the awakening of curiosity and the conception of new ideas were foundations for future development and creativity. The delight of the journey is explored in the third movement where the spirit is nourished by the graceful sweeping sounds of the Orchestra.

The music baths the audience in a cadence of rolling sounds that effectively guide the imagination and let it linger on the inspiration of cheerful images.

The third movement heralds a jubilant procession that heightens the awareness of the wonders of life. The music builds up to climaxing life’s tantalising moments and it encourages us not to miss a moment of the journey. Passion about living exudes the spectacular finale.