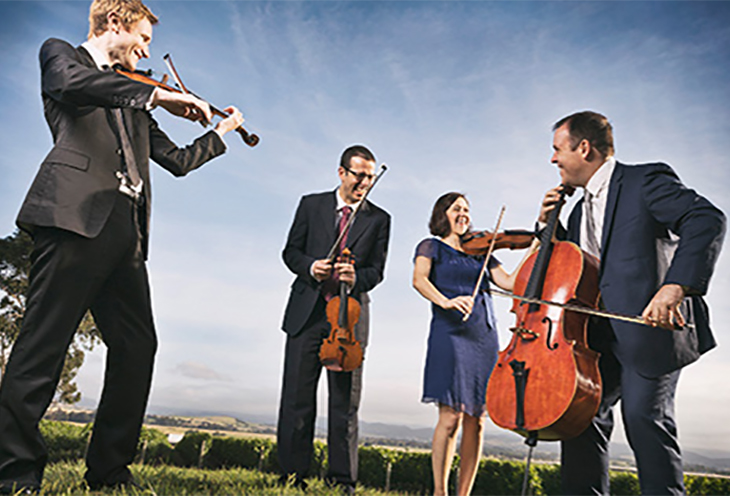 The internationally acclaimed award-winning Tinalley String Quartet, were very excited to play in the acoustically and aesthetically thrilling City Recital Hall in the heart of the city of Sydney for A Little Lunch Music.

Although the four members of the Tinalley String Quartet have played individually at this venue,  it is the first time they have performed together as a quartet in this magnificent Hall. Their recital was a hallmark in quartet excellence and repertoire discernment. According to the Program Notes ‘Opus 95 is one of Beethoven’s more experimental and most compact quartets, and the only one to have been nicknamed by the composer himself… Its brevity, abrupt silences, metric ambiguity and sudden shifts of character herald the complexities Beethoven would explore in his final quartets.’

Seriosa premiered in 1814 although composed in 1810. Beethoven wrote “The Quartet (Op. 95) is written for a small circle of connoisseurs and is never to be performed in public.”

The truth of this comment was clarified by the innovative nature of the composition that was markedly out of character for 1810.

Beethoven’s unique quartet begins distinctly and succinctly, textures and shades were exquisitely rendered by the musicians. The strong powerful character of the music is embedded in this unusually short movement where space is created and gestured by an ominous silence.

The second more contemplative movement is heralded in by the slow ponderous notes of the cello. The poignant sounds of the viola move and caress the bows of all the instruments. The perfection and majestic nature of the composition is poetic and at times tender in this movement.

The third movement follows the second without a pause and the unsettled mood of the first movement is revisited. Melancholy and unrelenting intensity permeate the last two movements.

The finale begins slower, softer, and sadder. The depth of oppressive despair weeps through the movement as the music builds and unfolds.

The poise and exquisitely drawn phrasing by the Tinalley String Quartet was expressively rendered. Their technical virtuosity soared in this dark and complex Beethoven quartet.

The rich lower sounds of the cello and the mellow notes of the viola and beautiful tones of the violins created the diverse characteristics and astonishing variation that imbued the vehement course of Serioso, perhps the more concise of all Beethoven’s Quartets.

In a description by Rovi Staff he writes ‘this work from the end of Beethoven’s middle period is unique in his output and indeed in his entire repertoire of chamber music. Within its compact and extraordinary violent course, it includes harmonic experiments that look far forward into the romantic era – its third movement for example, progresses from the home key of F minor through B minor, the most distant key relationship of all. Yet in the stark conciseness of its angry gestures it is anything but Romantic.’ 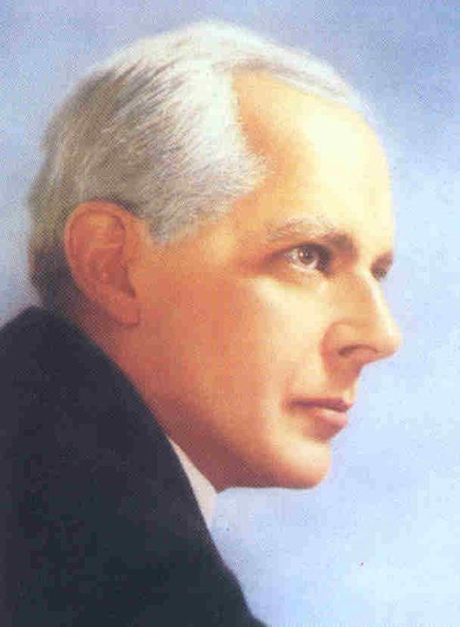 This period for Bartok was a time of enormous change, experimentation and religious and emotional turmoil.

The first movement commences with a subdued wistful articulation reflecting a yearning and ache, Bartok’s unrequited love for the violinist Stefi Geyer. The sorrow weeping and seeping across the composition is like tears falling and cascading in opaque sadness.

The bewilderment and intensity of sentiment is expressed with piecing definition by the Quartet. The fleeting pauses, silences of excruciating pain punctuate the performance with profound grief.

The emotional dissonance is passionately played with the cello rhythms the beat of a broken heart, shattered and exposed. 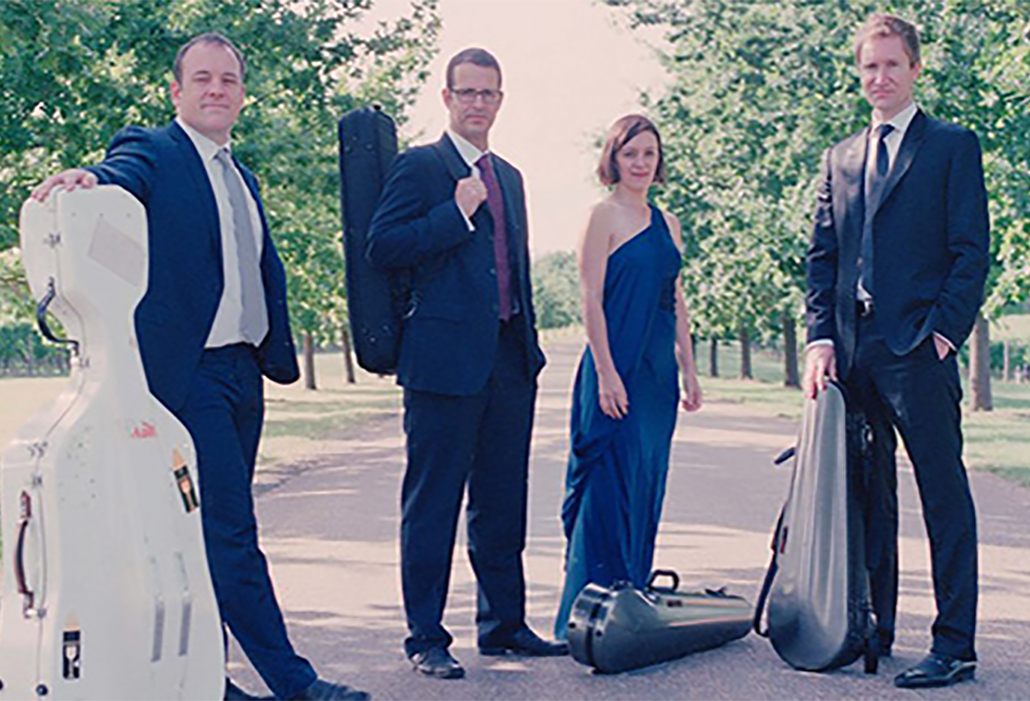 Mourning and melancholic layers permeat the tonal shades of the music and were communicated with precision and ardour by these wondrous musicians. The pain of the music was acute, brutal, relentless, and released the abandonment and loss within.  A tidal wave of emotion!

A flicker of joy filters the third movement. The music’s texture is sparing and sparse offering the slightest touch of hope. The consummate playing and impassioned interpretation by the Quartet denoted the mirth and dance of the folk rhythms.

Dr Richard E. Rodda (The Kennedy Centre) writes. ‘Though the First String Quartet is among the earliest of Bartok’s works to exhibit the stylistic gestures that were to place him among the great composers of the modern era, it is music of undeniable personality and remarkable artistic vision and craftsmanship.’ 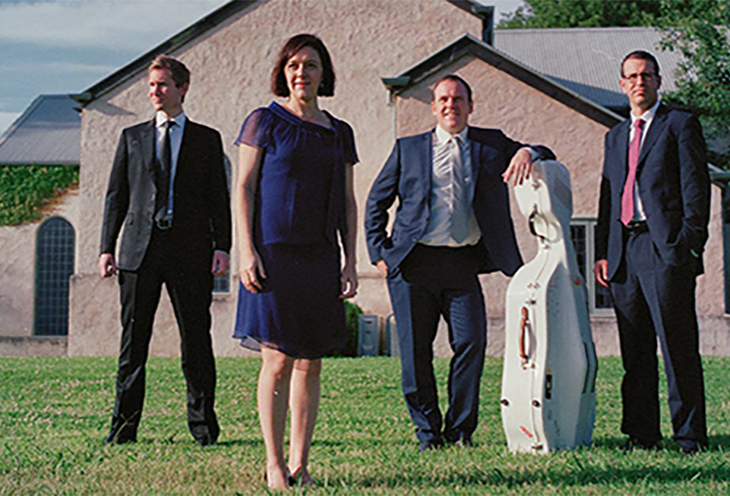 The Tinalley String Quartet formed in 2003 and has since had a very distinguished career across the world. It soared to international attention when awarded First Prize in the 9th Banff International String Quartet Competition. They have since established a reputation as one of Australia’s finest contemporary string quartets.

The compelling performance at A Little Lunch Music celebrated Beethoven and Bartok’s extraordinary quartets, both atypical for each composer. Their creative intuition, technical virtuosity and musical clarity delivered a memorable recital.

The Tinalley String Quartet shared their passion and commitment to these master composers and left their audience draped in a musical mantle of rapture.