AA&ADA dealer Anne Schofield of Anne Schofield Antiques in Queen Street, Woollahra, Sydney, will present a collection of one hundred unique rings that date from antiquity to the contemporary age in an exhibition A Ring Cycle, to be held at her showroom, Wednesday May 17 – Saturday May 27, 2017. A ring has no beginning and no end, perfectly representing the enduring qualities of true love. It is a very powerful object historically, because of its eternal symbolism.

From a simple plain unbroken iron and gold band encircling the finger to being a symbol of luxury with elaborate designs inset with precious stones or applied decoration, a ring documents the cycle of life from the ancient past to the present day. There is no doubt it helped inspire writers, musicians and artisans for centuries.

In Ancient Egypt the scarab beetle was the motif most used, and by hanging a scarab on a wire before twisting it shut, the most popular style of Egyptian ring came into being, its symbolism about inspiring new life. Along with other insignia, the ring was introduced into Roman life via the Etruscans, a race of people excelling in gold making techniques who occupied central Italy 750 – 200 years before the Christ event.

They wore rings originally ‘as an emblem of warlike valour’, with its citizens merging with the more dominant Roman society after their Kings were defeated. 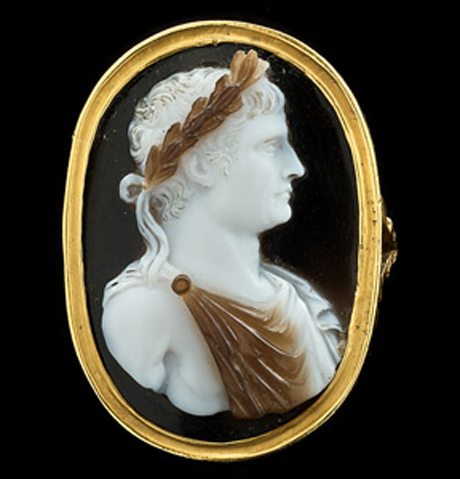 By the end of the Roman Republican period 509 BC – 27 BC all men of military rank wore rings made of iron. Generals were given gold rings when enacting a triumph, a procession through the streets to honour a victory.

Both men and women in Roman society wore rings; some were given as betrothal rings, which had important significance for the history of rings to come.

Among the rings from antiquity in this exhibition is a select group of gold rings set with extremely rare ancient Roman intaglios and cameos. They have been carved from gemstones such as cornelian, amethyst and banded agate.

The cameo technique or cutting back the material to reveal a sculptural relief, technique Roman jewellers excelled at, especially in terms of beauty and quality.

The carving of precious stones in Roman times is a much-underestimated index of attitudes and interests. In the new era the Emperors of Rome keenly bestowed rings on those who had earned the right to wear it, dependent on their wealth and status.

Emperor Septimus Severus permitted every soldier in the Roman army to wear a gold ring in the year 197, gifting them to those distinguishing themselves in battle.

A stone or gem often had its flat surface engraved with a recognisable image (intaglio) that was then stamped into warm wax or clay as an effective form of signature because cursive writing was not fully developed.

The most popular stones used for this purpose were agate, amethyst, and carnelian, emerald, garnet, jasper, pearl, rock crystal and sapphire with glass for beads and inlays.

During the 2nd and 3rd century golden betrothal rings came into vogue especially those with ‘clasped hands’, a sign of loyalty.

Roman authors Aulus Gellius in the 2nd century and Macrobius, early in the 5th century, described the wearing of a ring on the fourth finger of the left hand. They both held a vein rang directly from the heart to fourth finger of the right hand implying that ‘rings hereon particularly affect the heart’. Gemstone 02: Roman banded agate intaglio, c.1st century BC, finely carved with a charioteer driving a quadriga, holding the reins in one hand, a rippling whip in the other, in a classic 18ct gold setting, courtesy Anne Schofield Antiques, Queen Street, Woollahra, Sydney, Australia

During the Middle Ages throughout Europe and England giving a ring was usually about betrothal and making special social connections. For New Year rings were thought ideal gifts given with greetings for the year ahead.

Taking pride in physical beauty during the rebirth of society from the fifteenth to the seventeenth centuries in Italy was sustained by a love for luxurious materials, which became the perfect backdrop for showcasing beautiful jewels. Goldsmiths took their inspiration from the ancient past by copying classical motifs and figures of Gods, Goddesses and heroes from antiquity. Gemstones were chosen for their colour with sapphires representing the blue of the sky and rubies being red, the colour of passion. Mastering the art of reflection at the Chateau of Versailles in France throughout the seventeenth century encouraged the creation of lavish interiors and costume and, playing the game of love.

The Sun King Louis XIV (1638-1715) had a particular passion for diamonds, his most famous being the French Blue lost at the time of the French Revolution.

Interestingly it was found recently having been cut down to become the 44.50-carat diamond Hope Diamond now at the Smithsonian Institute in New York.

The ‘ceremony of the ring’ became an important aspect of recognising the lawful basis of a marriage during the eighteenth century in England when a Goldsmith, who made a ring for the Duchess of Cleveland, was called in evidence in a bigamy case. The custom of wearing rings to honour friends and family members increased during the nineteenth century. Timeless betrothal rings and popular solitaire diamonds made an appearance, alongside more complex designs during the 1920’s. By the 1930’s diamond and gem set rings became the epitome of Avant-garde style and nearly a century later they are still considered contemporary and chic, while the flashy cocktail ring from the 1950’s still today retains its appeal. 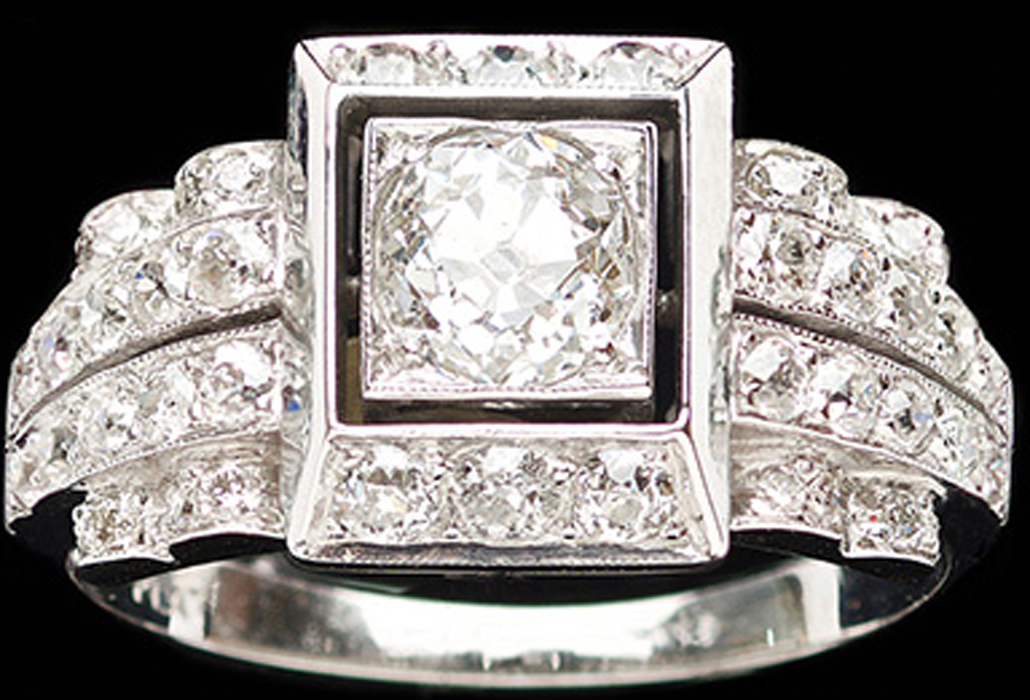 Anne Schofield will also be showcasing contemporary rings from Australian and international designers chosen for their fine craftsmanship and design, including a fine selection of modern engagement and wedding rings.

The basis for human optimism is basically sheer terror. To advance our lives, out culture and society we all need to get up and into life affirming projects