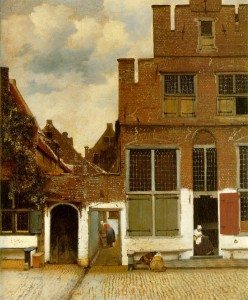 Considered one of the most elusive of the Dutch masters and great artists of the 17th century, Johannes Vermeer (1632 – 1675) and his life and works are explored in this imaginative book from British writer and art historian Anthony Bailey, who for many years was a writer for The New Yorker magazine. His list of publications is impressive and in this his latest work he takes the reader back to seventeenth-century Delft in a piece of historical writing that does justice to its now timeless subject. Anthony Bailey makes use of the scholarly research that has accumulated in the last century, as well as recent findings, and then he reaches beyond these facts to expose the hidden Vermeer. 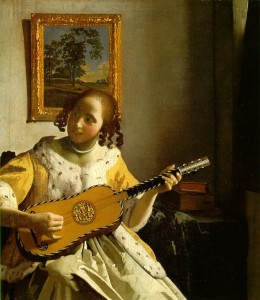 The result is a vivid, convincing portrait of the Protestant innkeeper’s son who married a prosperous Catholic girl and had 15 children of whom 11 survived. Vermeer’s paintings, like some of his great colleagues, reflect a 17th century community of solid, commonplace people, prepared to support a society in which corporate effort for the public good was rewarded with a booming economy. Vermeer died relatively young and left fewer than 40 pictures. Many of these pictures are indeed masterpieces, and Anthony Bailey examines the scientific expertise which lies behind their calm mystery. He introduces us to Vermeer’s colleagues and fellow-citizens, and charts his celebrity as it slowly spread out of Holland and encompassed the world. He examines Vermeer’s effect on many creative and destructive people, including Proust and Hitler. Click our Link the book is available online at www.bookoffers.com.au