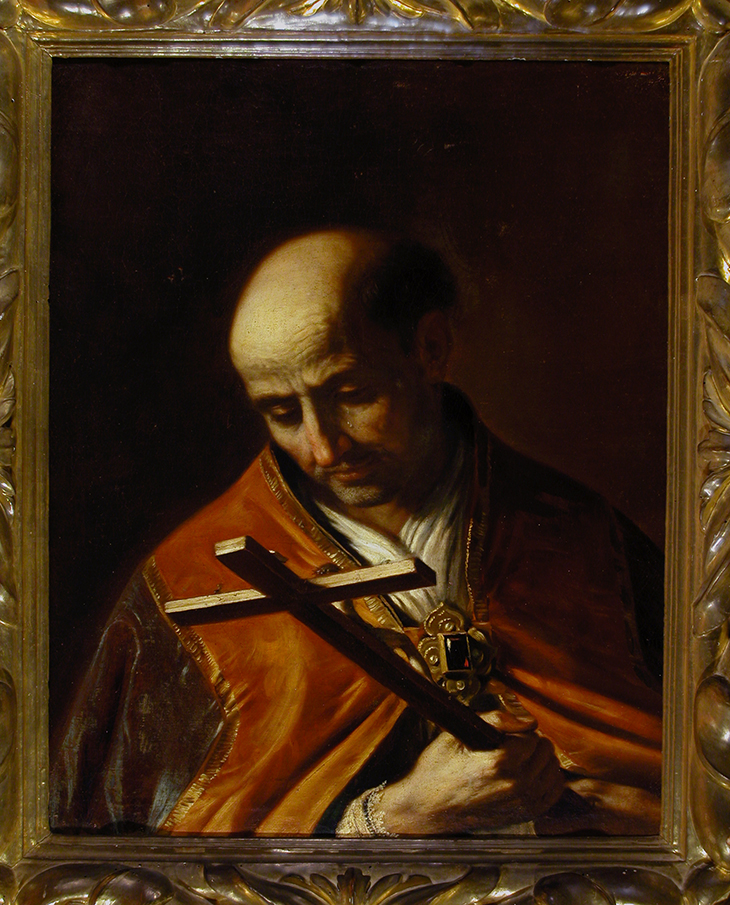 The exciting exhibition A Window on Italy – The Corsini Collection: Masterpieces from Florence is now on show at the Art Gallery of Western Australia until June 18, 2018. 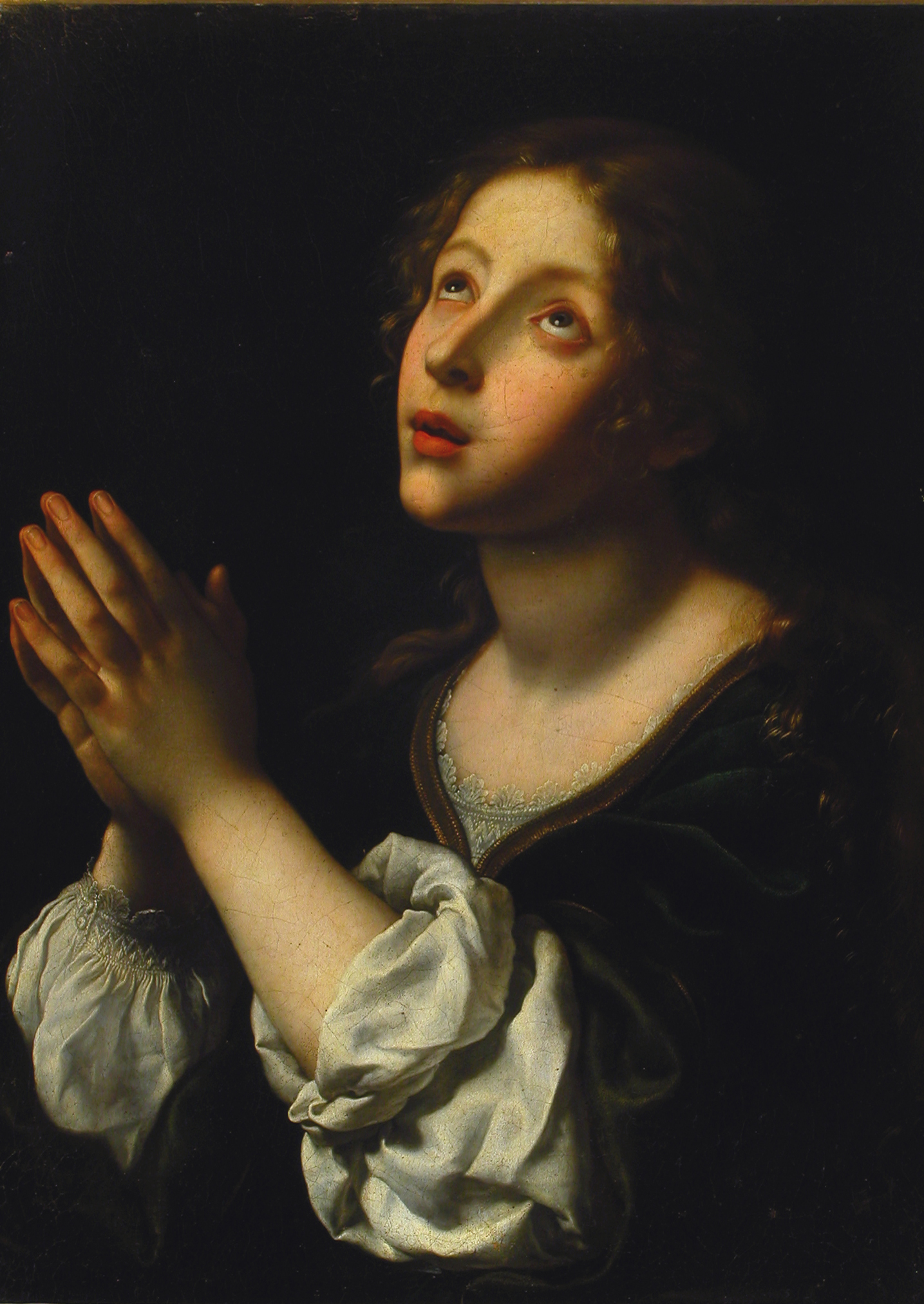 The exhibition features paintings by such well-known Italian artists as Allesandro Botticelli and Michelangelo Merisa da Caravaggio, alongside historical objects, telling the story of Florence, including the devastation wrought by WW II.

The world is so much bigger now than members of the Italian Corsini family would have ever imagined during the complex rebirth of humanism period known as the Renaissance c1300-1700 which many of the great works on show represent.

The Corsini Collection has never travelled outside of Italy before, making its way exclusively to Perth after a showing at the Auckland Art Gallery, New Zealand, wherein lies a wonderful story.

The painting by Giovanni Francesco Barbieri known as Guercino records the image of Saint Andrea Corsini (1630) and bears the marks of the world’s history of violence; bullet holes commemorating a time during World War II when German soldiers, angered at their attempts to steal the works were thwarted, shot in revenge at the painting as they fled. 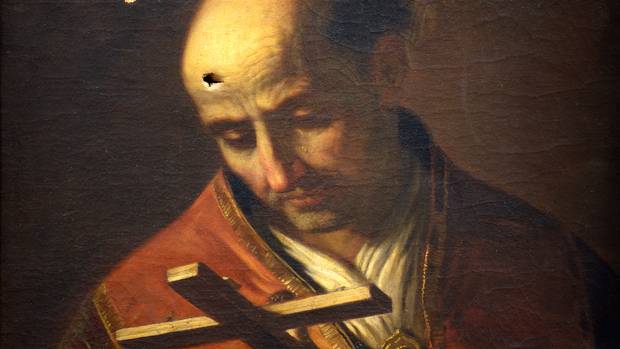 This in turns brings to light the story of a time when a feisty Italian Princess Elena Corsini, determined to save her family’s legacy, was aided in her quest by a Maori Battalion who helped her save her family land and the Corsini Collection.

It certainly explains why they secured its first tour and Italian history, Italian food and wine, art-making activities and special performances will showcase the Corsini Collection during its time in Perth.

The works on show include portraits, landscapes, mythological and religious paintings, plus wonderful objects and furniture from the Palazzo Corsini, which looks out on the Arno River in Florence. 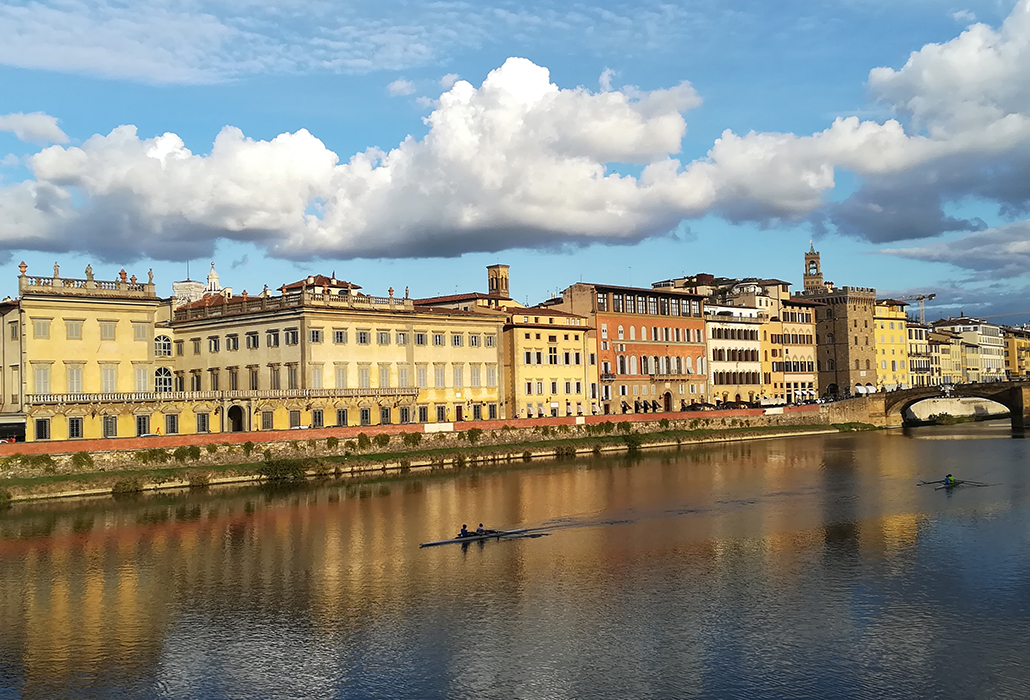 Facade of the Palazzo Corsini, overlooking the Arno River, Florence

Bringing the ambience of Palazzo Corsini to Perth, AGWA Director, Stefano Carboni says is a privilege, as it is ‘…to share these great Italian works with the public, introducing the Corsini family to Western Australian audiences.

It is good to remember during the period in history we know as the Middle Ages in Italy, painting and sculpture were not ‘liberal’ but ‘mechanical’ arts. Until the fifteenth century the term artista meant a student of the artes liberales, not a painter or sculptor.

The artes liberales were taught at university and included learning; grammar, logic, rhetoric, arithmetic, geometry, music and astronomy, ensuring that most artists were pretty serious scholars. 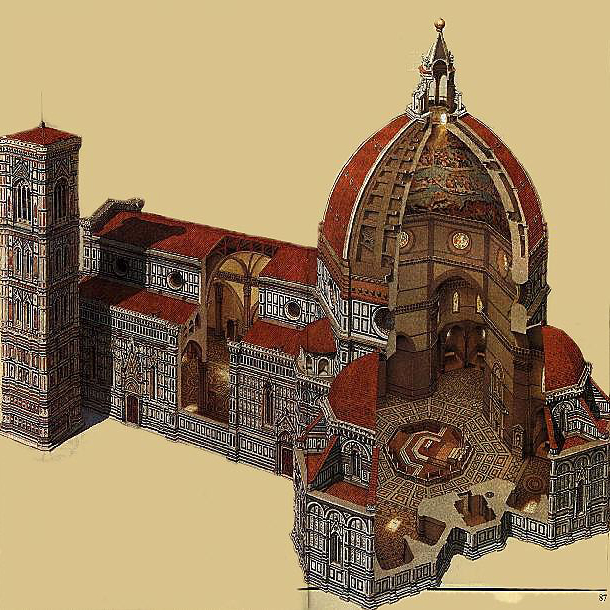 Cut through of the Duomo at Florence, after the dome had been completed by Fillippo Brunelleschi (1377 – 1446) who was the man who defined the use of perspective in art and architecture during the Quattrocento

During the Renaissance, medieval scholasticism gave way to objective knowledge and scholars began to concentrate on the surrounding world and how they would be able to represent it as it appeared to the eye. By 1400 Florence in the north was a flourishing walled city in the mature Gothic style with a well-established Republican government system.

The population was about 45,000 at this time, decimated by a plague in 1348 that had brought the population down from over 100,000 people. 5000 citizens had the vote representing some very powerful families, all of whom were literate, had good recording skills and were busy developing their commercial skills. 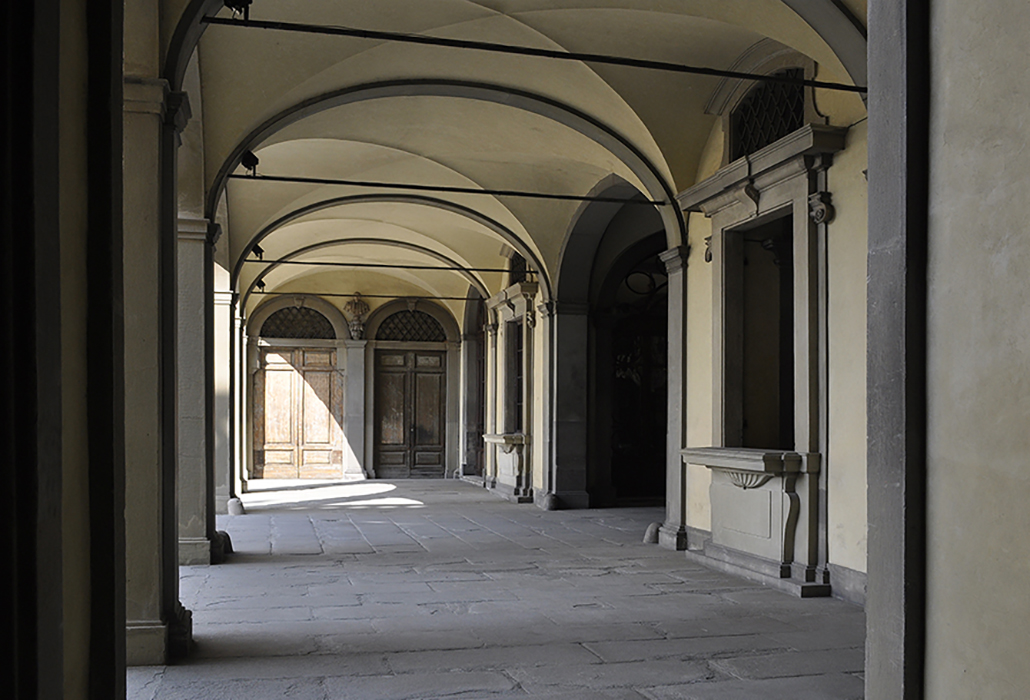 Vaulted magnificence, characteristics of the so-called Gothic style in the Palazzo Corsini, Florence

During the fourteenth century in Italy a citizen had been reticent about displaying his wealth in a dangerous and uncertain world, however by the Quattrocento or fifteenth century, demonstration of it would become the key to social dominance and the fashionable portraiture of famous personages, reflected their new-found confidence.

The Florentines’ of the Quattrocento, when the Corsini family began their rise to prominence, were mainly an elevated bourgeoisie of successful merchants and bankers and during their time the attention to mathematical proportion and perspective became one of the key elements in Renaissance art. 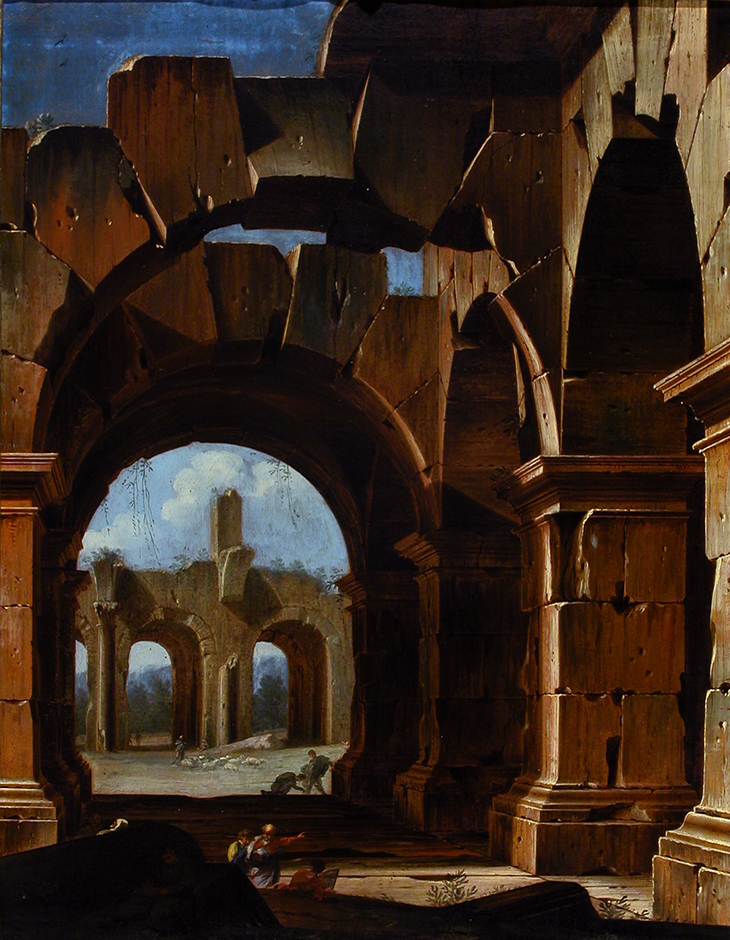 Throughout the Quattrocento, while the antique world was being held up for study, a special room would be set aside to display vast collections in residences and palaces. The studiolo of rulers and scholars and the objects so meticulously gathered within and displayed, were meant to form a model of the world.

The idea was to make it possible for the owner and his companions to better comprehend the nature of the universe. The concentration on mathematics permitted men of the Quattrocento to approach works of art and architecture with a specific attention to formal structures, enabling them to see bodies in terms of volume and surface.

Understanding how perspective in art would have a profound effect on architects and artisans in Europe and in England over the next few centuries is a key to unlocking the mysteries of the age.

The rule of 3, Golden Rule or Merchant’s key was used for determining ratios in currency exchange and to solve problems posed by various systems of weights and measures practiced in the different rival cities of northern Italy. 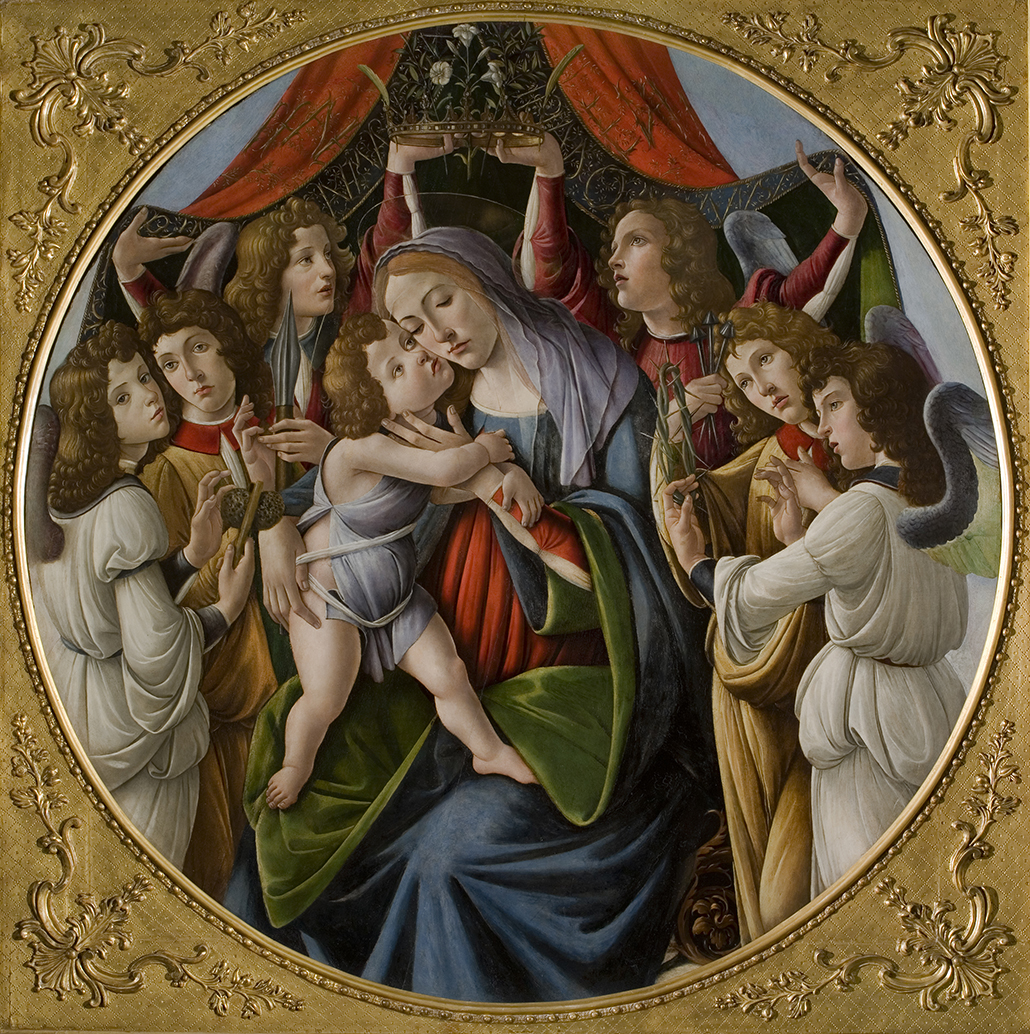 The exhibition showcases through the paintings on display the period of great families. When artist Allesandro Botticelli (1445-1510) painted his Madonna and Child with six Angels (1445-1510) he was at the centre of a full flowering of all the arts.

Beloved by fellow artists and clients alike, his women were not only naturally beautiful but also exuded grace and according to biographer of the lives of the artists Giorgio Vasari, he was worthy of his great gift, and it of him.

This a time when classical antiquity was considered a realm of imagined perfection; the coming together of the pagan and Christian worlds and the good-natured Botticelli painted them all. While the Corsini opposed the Medici, the ruling family, their family as a whole continued to flourish in business and politics under Medici rule, acquiring titles, lands, and offices. 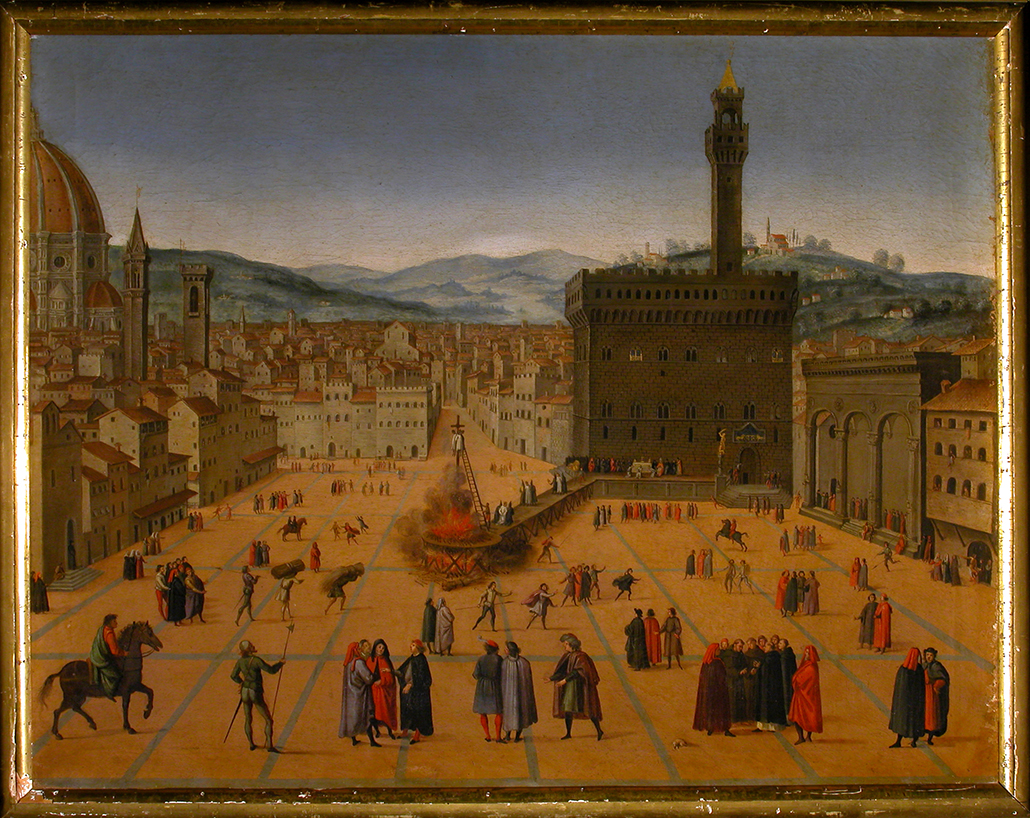 There was a period when the Medici were banned from Florence and Tuscany came under the influence of a Dominican friar Savonarola a gloomy dark man who equated Christianity with humility and suffering. He opposed the arts encouraging Florentines to rid themselves of luxury, holding ‘bonfires of the vanities.

You can imagine his ideas wouldn’t remain popular for long in a city where commerce was the key to providing families with food to eat. Francesco Rosselli painted the ‘Execution of Savonarola and his two companions’ in the Piazza della Signoria where he was hanged and burned on May 23, 1498 as a criminal. 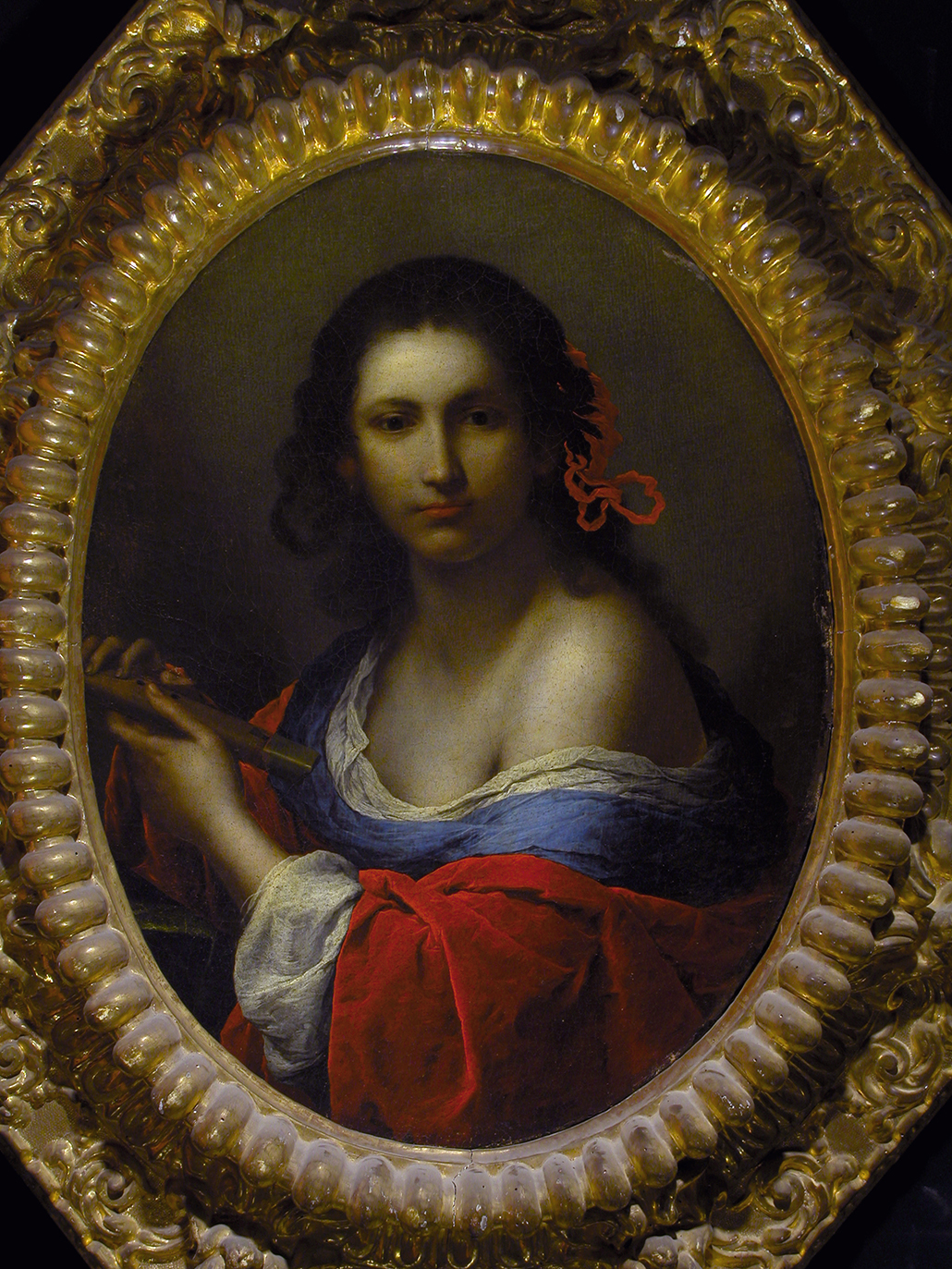 The first recorded ancestors of the Corsini family were wool merchants who contributed to the success of the Renaissance period in Tuscany.

The works of art collected have survived the devastation of war and forces of nature for centuries including the flood of Florence in 1966. The Glorification of the Corsini Family, sketch for the ceiling fresco of the Presentation room of the Palazzo made 1694-5, is an impressive work of a type that became popular all over Europe and in England for the next century, especially in France at the Chateau of Versailles. 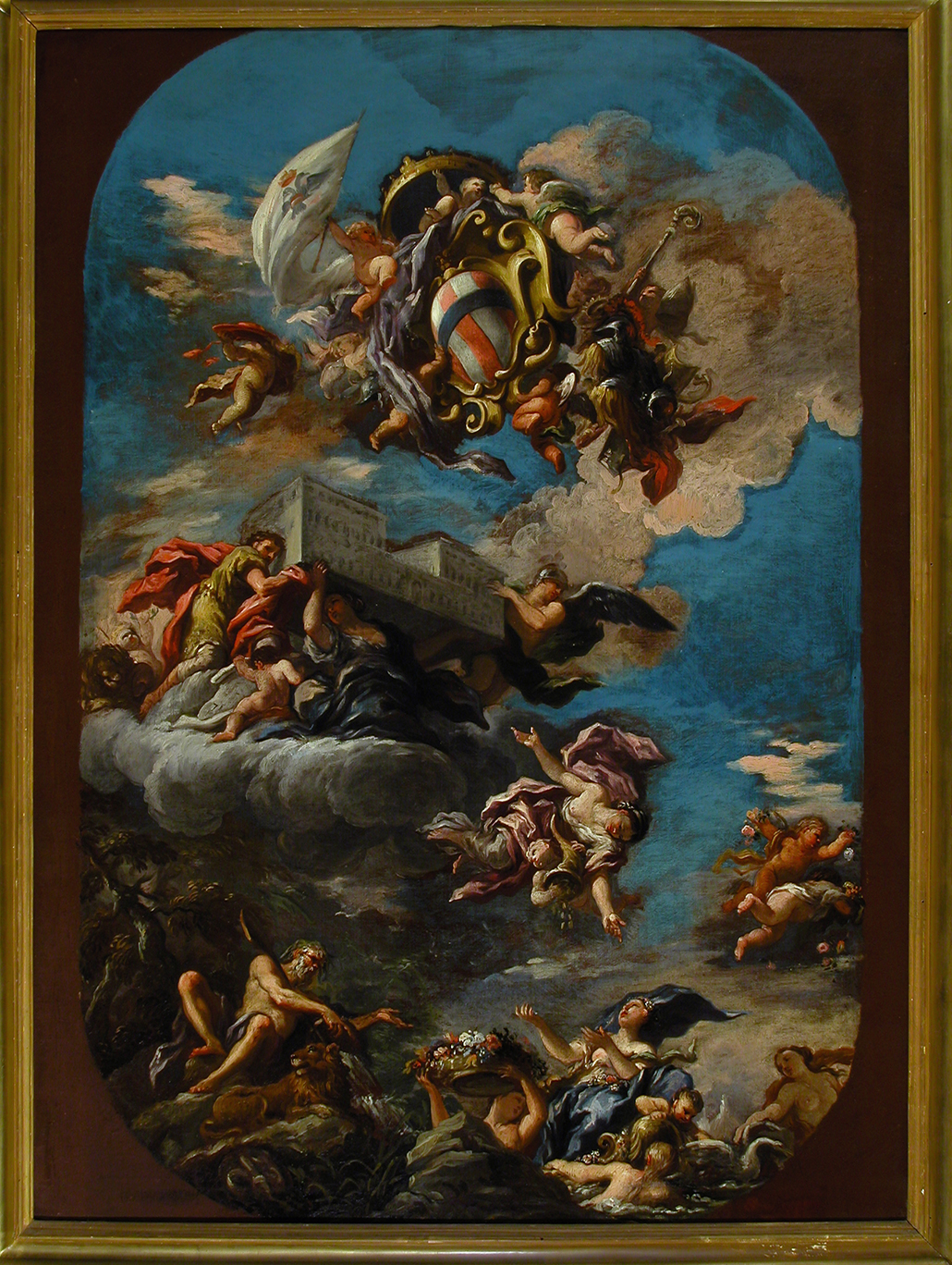 Anton Domenico Gabbiani (Florence 1652-1726), Glorification of the Corsini Family: sketch for the ceiling fresco of the Presentation Room of the Palazzo 1694-1695, oil on canvas, Galleria Corsini, Florence

The rediscovery of ancient texts in the fifteenth and sixteenth centuries in Europe changed perceptions. A new group of accomplished architects and artisans collectively ushered in a new era in art, design, music and style. Central to that development was the emergence of the artisan as a creator, an artist who was sought after, supported and respected for his erudition and imagination.

Today Italy is divided into twenty regions and ninety-five provinces, which were first brought together under one central government in 1870. The modern republic of Italy established in 1946 at the end of World War Two, also marked the end of its monarchy, the House of Savoy.

A Window on Italy – The Corsini Collection: Masterpieces from Florence at Art Gallery of WA documents the advent of humanism and the birth of art for the modern world

A Window on Italy The Corsini Collection: Masterpieces from Florence

Art Gallery of Western Australia
On show until June 18, 2018

Ah Paris, you can’t help but love this city. Where to eat? What to see? Where to shop? Wanting to discover new places and sights, we decided first on our “to do” list was the Chateau at Versailles. Having been to France many times it was the one place on…