AAAAAAAgh, today I am living with so much noise around me that I fear I will become deaf soon and my only option is to complain loudly. Must say that I always understood that scene in the divinely decadent movie Cabaret with Liza Minnelli as Sally Bowles and Michael York as her roomate Brian Roberts, when she ran under a railway bridge to scream her lungs out as the train went over the top. If it wasn’t so cold, grey and wildly windy in Melbourne today I would be out the door and down to the station in a flash. The combination of noises outside my door and window at the moment is deafening and certainly not conducive to good health and well being.

Downstairs there is an intruder making a noise with the most dreadful and abhorent sound of the 21st century, at least to my mind, a leaf blower. Whatever happened to a broom and sweeping up and recycling leaves as compost. I used to have a theory that these dreadful machines were just phallic extensions of the blokes who used them. But that doesn’t work when it’s a girl in goggles blasting leaves into the air, only to settle into a new place on the path. Sucking or sweeping the leaves up doesn’t seem to be the aim so I am not sure what it is that these pains in the a*#* actually do. We either need to ban these hideous machines or put something into their motor to make them quiet.

I do remember a program on the groundbreaking TV show ‘Beyond 2000′, made in the 90’s, when a guy came on with an invention to make engines quiet. The protagonists were all ecstatic at the time about its many possibilities, including those monsters of suburbia motor mowers that had driven humankind mad for decades.  And what about vacuum cleaners, which a worker is using outside my door as I write this. The ideas were endless and possibilities promising for this noise reducer.

Would love to know what happened to the guy and his invention. One would think he should be relaxing on his own island in the Maldives by now, but someone or something must have hindered his quest for giving us all back our sanity and giving him a life of peace and quiet.

Quiet, remember quiet. It is sometimes good, although I suspect that I would be hard pressed to convince many people that it is. It allows time to reflect, to pause and pontificate, to relax and let the creative juices flow, to be at peace within and without. 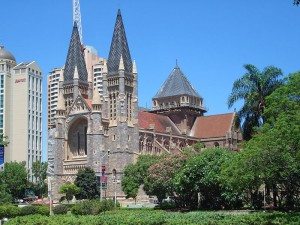 There was a time when I was living in the precinct of St John’s Cathedral in Brisbane (2000 – 2005) that I had wonderful opportunities to go on retreat with the Nuns at St Margaret’s at Albion. They adhered to a vow of silence that started after dinner at night and didn’t end until lunchtime the next day. When I first heard of this condition my reaction was how on earth will I last, having been brought up on a daily diet of sisters singing jazz, a brother who played the drums and the trumpet, a mother who played the piano, while I sang in a choir and was exposed to the early expansive days of rock and roll. Interestingly, once I had embraced the idea I found that it was really easy to conform. To get over the night of silence joining the Nuns to sing Morning Vespers in the Chapel at all times was an illuminating and inspirational experience and its amazing how much can really be said when being silent.

Interestingly the bells at St John’s while being intrusive for a group of neighbours in a newly built block of apartments nearby, didn’t really impact on me. When I was growing up at Coogee Beach in Sydney I lived literally between two churches, St Brigids and St Nicolas where the bells rang daily for my first 20 years. Being familiar with the story of Bells and Towers too meant that my attitude towards them was probably different to most. And, they were in many ways a source of comfort that all was well in the world. 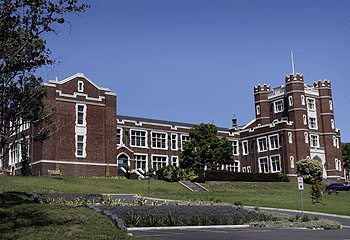 These days I am living in a suburb of Melbourne, which is quite close to the city. We pay for that privilege by putting up with noise. We can hear the trains nearby thundering in and out of the station. They blow their whistles before and after they arrive and sometimes at each other. While you can get used to the rhythm of the trains on their tracks, depending on the enthusiasm of the whistle blowers they can nearly make you rise off your chair, lounge or bed and run. Then there is track maintenance, which is constant, usually starting around 11pm at night and continuing into the wee hours of the morning. They are replacing 100 year old wooden sleepers with concrete ones that are then surrounded by gravel, which when poured out of trucks at 2am can also get your heart racing and your head going. Then there are the light planes that roar constantly overhead, while helicopters land spasmodically in the nearby grounds of the ‘Castle on the Hill’ the picturesque Melbourne High School.  The story is that a parent has certain privileges in exchange for sponsorship, but we are not sure if its true. But whoever it is that comes and goes at the oddest times should know its a pain in the **&^% for residents. When the wind is blowing in a certain direction we can also hear every word the ladies and gents using loudspeakers to control the kids playing sport, say. This sometimes proves illuminating as well. Times and kids it seems don’t change. 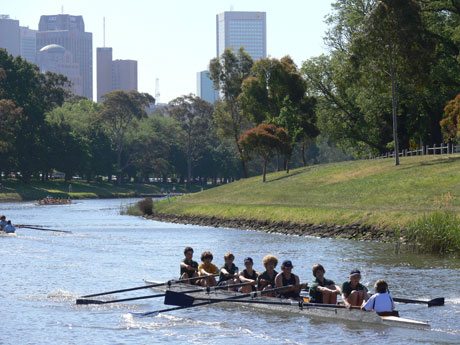 Down on the river, which is just up over the hill there are also the loud hailers being used by coaches riding bicycles along the tow path because they are trying to communicate with the rowers they are coaching on the River Yarra. Great fun and a tradition to be preserved at all cost, but it just adds to the noise filled layers. 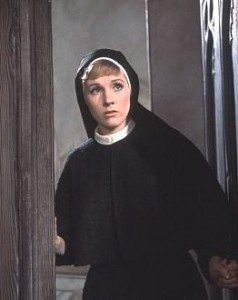 Also not far away is an incredible variety of buildings and sports grounds that are all gathered together into one precinct making it easy for people to reach. When exciting games are on, which is very often, we can hear the fireworks thundering into the sky and if the wind is blowing our way, the people cheering, just like at the Colosseum at Rome. Gladiators 5 Christians None

Then there is the amount of building going on around us. Construction noise is certainly very annoying, because it contains such a variety of sounds. Daily the noise we listen to blasts out at such decibels surely it must be beyond all acceptable levels or is it just another challenge to our evolutionary capabilities to learn how to cope with it.

Well, I feel better now that I have written all that down. If you have a special sound story to tell and want to send it in perhaps we could publish it. Just as long as it’s as pleasurable as the sounds made by the Nuns and Julie Andrews in the Sound of Music.