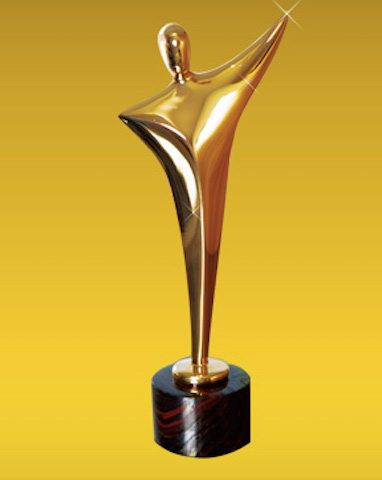 Cross cultural, cross industry and across our nation, the Australian screen film and television body the Australian Academy of Cinema and Television Arts (AACTA) celebrates excellence in the performing arts.

Accomplished and much admired actor Geoffrey Rush AACTA President helped pave the way for the AFI to transform into AACTA, riding ‘shotgun’ as the local industry put on its new coat of many colours.

He understands the ‘issues and challenges’ of those who work within the industry in Australia, their highs and lows, as well as sorrows and joys.

AACTA heads up an industry devoted to connecting both national and international audiences with the stories and legends of Australian culture.

The 22 karat golden statue has been superbly crafted by multi-award winning sculptor, Ron Gomboc, honouring the shape of the Southern Cross constellation – a series of five stars visible only from the Southern Hemisphere.

The categories of the AACTA awards to date encompass feature film, television series, documentaries, short films and visual effects. The list is so long the awards ceremony is split into two. The first awards for 2015 were given to the makers at The Star Event Centre Sydney on Tuesday 27th January and celebrated screen craft excellence.

Twenty-two innovative practitioners were awarded with Best Costume Design went to Tess Schofield for the film that has enjoyed huge box office success and marked the directorial debut of Russell Crowe, The Water Diviner

The remainder of the awards were given at a SOLD OUT red carpet evening presentation in Sydney on Thursday 29th January 2015, also held at the Star Event Centre in Pyrmont, Sydney. Stepping up to the microphone looking sensational were co-presenters Cate Blanchett and Deborah Mallman. They added to the air of excitement and glamour on a night of star power, sophistication and style.

The first award of the night went to Marta Dusseldorf for lead actress in a Television drama for her role in the ABC 1 drama series Janet King.

Winning Best Actor in a Television drama was Ashley Zuckerman for The Code, the stunning political thriller drama series that screened on ABC. It also won the AACTA for Best TV Drama.

Gaining the stamp of success this year were for Best Actor the truly marvelous actor David Gulpilil for Charlie’s Country and Predestination star Sarah Snook was awarded Best Lead Actress.

Best Film was a dead heat between The Water Diviner and The Barbadook with Jennifer Kent also receiving the gold statue for Best Director. 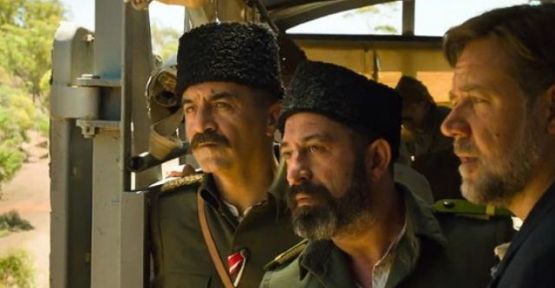 Supporting Actor in a Film went deservingly to Yilmaz Erdogan the Turkish actor, truly so superb in his first English speaking movie The Water Diviner directed by Russell Crowe.

Supporting Actress in a Film went to Susan Prior for The Rover, presented by Russell Crowe live from America with actor Ryan Gosling by his side. It was her first AACTA award. On the Red Carpet Rose Byrne with her partner Bobby Cannavale, certainly took the fashion prize as well as in the room. President Geoffrey Rush presented her with the inaugural AACTA Trailblazer Award.

An accomplished actress, Rose Byrne has forged an impressive pathway since she left home in the Sydney suburb of Balmain to take on the world. Her on screen success and the popularity of her enormous variety of character portrayals have gained her millions of fans around the globe. 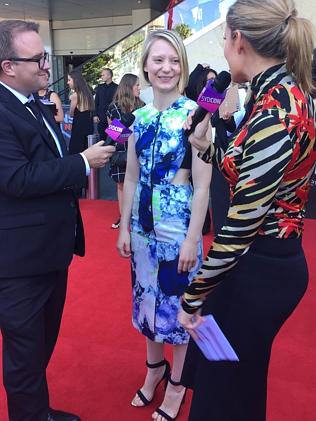 Mia Wasikowska nominated for her stunning performance in the harrowing drama TRACKS looked very different on the red carpet to the girl who trekked 1,700 miles across the Australian Outback with camels in tow.

The recipient of the AACTA Longford Lyell Award (Australia’s highest screen honour) to writer, producer Andrew Knight, celebrated by his peers as an artist who assembles words to be spoken by the industries top actors including Russell Crowe in The Water Diviner.

The Byron Kennedy Award, which includes a $10,000 cash prize and celebrates outstanding creative enterprise within the film and television industries, was awarded to director, producer and writer Amiel Courtin-Wilson.

The Director of the National Institute for Dramatic Art (NIDA) in Sydney Lynne Williams was delighted to see so many of the school’s graduates acknowledged by their peers in the film and television industry. They included Tess Schofield, Eamon Farren, Debra Lawrance, Susan Prior and Jennifer Kent.

“The AACTA are a great reminder and celebration of the creativity and innovation within Australia’s film and television industry and we are proud to see so many of our alumni – in particular our women graduates – being recognised for their leadership,” commented Ms Williams. Established in 2011 following an extensive review period to establish just what was required, AACTA grew on the successes of the AFI Awards, which were awarded from 1958 – 2010.

AACTA are promoting, encouraging and emboldening both young and seasoned Australian actors, as well as the contribution of those working behind the scenes within the industry helping to make prize-winning performances happen on every level.

South of Melbourne McClelland Sculpture Park and Gallery is at the gateway to Victoria’s Mornington Peninsula 100 Sculptures set in bush, a must see experience.