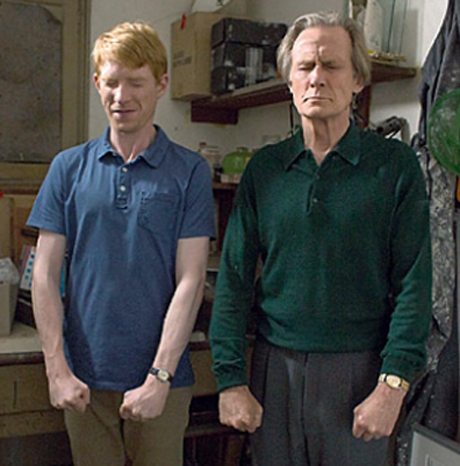 There is nothing at all ordinary About Time – it is an extraordinary experience, a wonderful movie about one family and how the men have the quirky ability to travel in time and fix their own small mistakes, or relive their most triumphant moments.

The offshoot of having this blessing is that they learn through the tough times, how to value every minute of every day with those they love and care about.

It is a simple premise really, but the movie itself written and directed so ably by Richard Curtis (1956 -), who has made the romantic feel good comedic style of English movie his own, is about so much more.

Curtis’s credits include such feel good, or laugh out loud movies as Four Weddings and a Funeral, Notting Hill, Bridget Jones’s Diary, Love Actually, Mr Bean’s Holiday, The Boat that Rocked and the stirring War Horse, as well as Television series such as Mr Bean, The Vicar of Dibley, The Girl in the Café and The No 1 Ladies Detective Agency. It’s an impressive achievement. 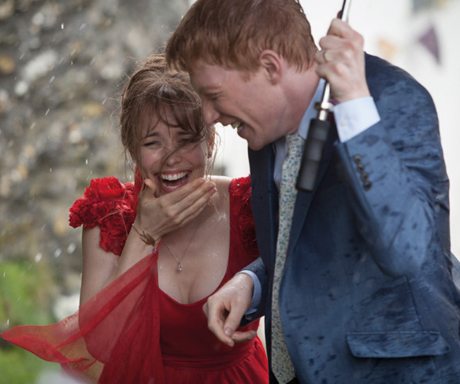 About Time has empathy, charm and provides wonderful insights into the human condition. It’s a laid back romance with the fantasy only adding to the reality.

After it was over I was left feeling that Curtis really deserves, at the very least, a gold medal, knighthood or star on the forehead. About Time is really very special; profound, gentle, touching, and with great generosity of spirit.

Many people believe it’s a love story between the two main protagonists, Tim and Mary, who meet, fall in love and start to build a life and family for themselves.

About Time however was for me a truly groundbreaking love story about a father and son. It creatively depicted the wonderful bond and the interests they shared, as well as their unique ability to ‘time travel’.

Dad tells Tim on his 21st birthday about the great secret the men of their family are all sworn to protect. There’s is a familial relationship that is easy, warm, wonderfully considerate and full of respect one for the other and, its no surprise that this news comes as quite a shock.

Tim thinks his Dad is only kidding until he tries it out and finds out that it really works. Mayhem and fun ensues for a while, until he begins to be really affected in more ways than one. Tim is from Cornwall where with his extended family, Mum, Dad, sister Kit Kat and eccentric Uncle D, played wonderfully by Richard Cordery, make up the ‘family’.

Bill Nighy and Domhnall Gleeson are an inspired pairing as father and son. Curtis directs them both brilliantly, giving them both space and time to enjoy building a bond that helps them to express their feelings and emotions. It also lets the audience know how they feel about the people they love and care about, and in the process they attain a wonderful state of grace. Britain’s Bill Nighy is an impressive character actor, who has played some inspiring roles in his time including a pirate, an old rocker.

He has been in plays by such luminaries as Will Shakespeare, Tennessee Williams, Tom Stoppard and Harold Pinter. Thanks to his ability to perform well in different styles of media, from live theatre to television and on to movies, Nighy in the prime of his life is in much demand.

He has a wryly self-deprecating wit that is very endearing, with a wonderful flair for comedy. In this he is as ‘normal and gentle’ as he can be and in a press preview interview told Curtis he would take the role ‘as long as I don’t have to do any acting’. He wanted to be seen as being like any normal Dad should, one who encourages his children to seek out new experiences and to ‘live their lives’ to the full.

His career to date includes theatre triumphs such as the Broadway production of The Lieutenant of Inishmore and Great Expectations.

He featured in the remake of True Grit and Anna Karenina the movie, in which he played Konstantin Levin to great acclaim.

He came to notice particularly at the movies when he featured in Harry Potter and the Deathly Hallows Parts 1 and 2. Currently he is filming the movie Unbroken with Angelina Jolie as Director.

When Tim first meets Mary, the American girl he falls in love with played by Rachel McAdams, he has moved up to London to establish his career as a lawyer

His father has sent him to stay in London with an eccentric playwright, played so poignantly by Tom Hollander, who is endeavouring to finish his first play for a decade, one that will eventually set him up for life.

The wonderful scene in the theatre on opening night also reveals a couple of cameo performances by some special guest actors and accordingly, Tim is able to use his abilities to make sure the opening night is a big hit

He does not find out for a while that is a downside to having a talent from time travel, and the examples of the results of his journey we enjoy is nearly always positive.

Then Tim finds out that when he and Mary have a child himself he will not be able to go back to a time before they were born to see or share his life with his Dad for much longer.

This ensures that he knows to spend ‘quality time’ each day with his dear old Dad, and all the people he loves, so that he will always have marvelous memories to hold in his heart. The fleshing out of Tim and Mary’s one on one relationship by Richard Curtis is also wonderfully portrayed and only goes to prove the movie’s point, that it is always About Time for love.

The Japanese garden artist instructs the eye, the mind and the spirit so that they gain reverence and respect for the great creative energy that pervades nature