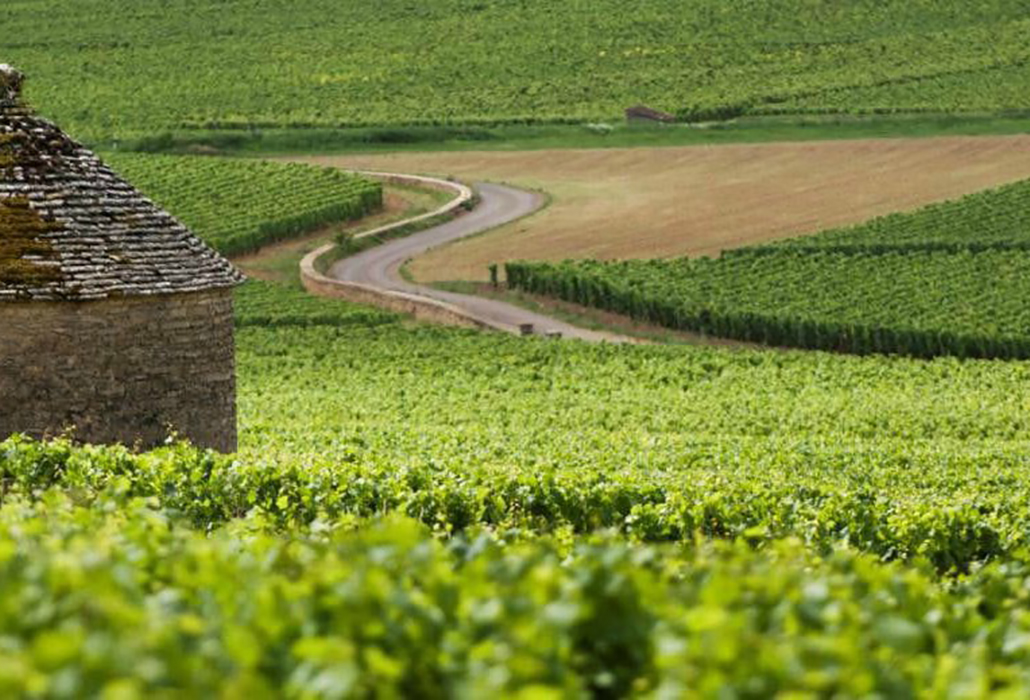 Back to Burgundy (Ce Qui Nous Lie) a drama, and The Return of the Hero (Le Retour du Héros) a comedy, are French films on show during the Alliance Francaise French Film Festival at Palace Cinemas around Australia.

They are both set in the glories of the visually arresting French countryside, where its exuberant spirit seduces all who visit.

The human, geological, botanical and architectural elements emphasize the layers of history, which are at the very essence of the rural experience in France, where seemingly man and nature often come together in perfect harmony. Although if you look closer, that may not be the case. 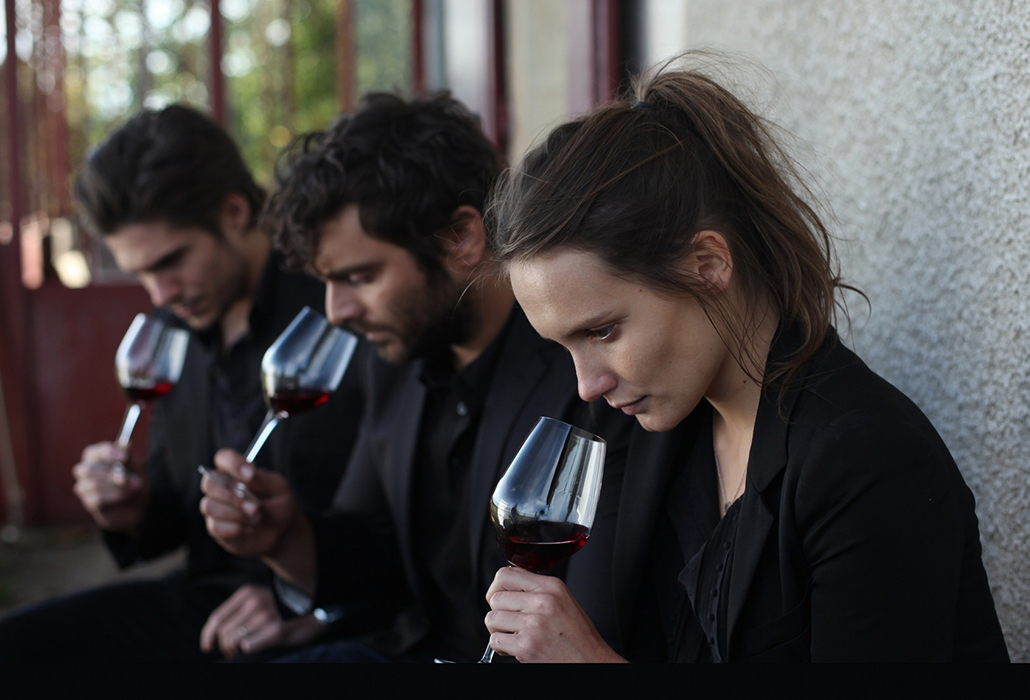 At first glance the two films don’t really seem to have anything in common. The comedy is set in the Napoleonic period (1809), the drama a contemporary story set in wine country.

Don’t want to give off too many spoilers, however they both involve men making a choice, while responding to the adverse conditions of their lives by running away – fast. 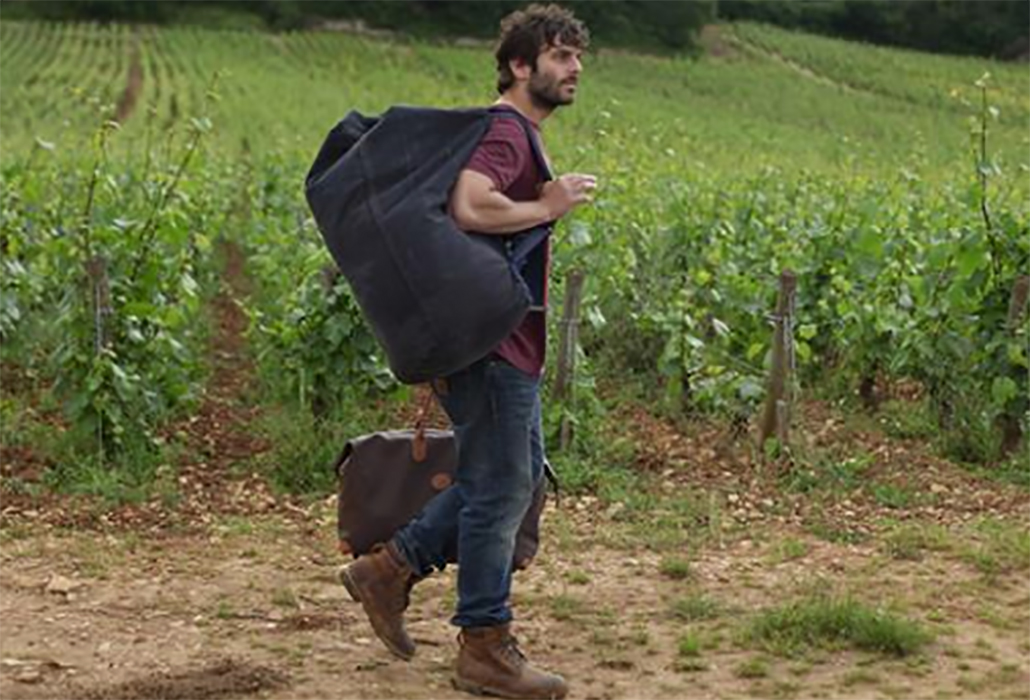 The men are both attached to the countryside of France where they were born, despite trying to deny it until in adulthood, when they both succumb and return home, not thinking about the consequences of their actions.

The film Back to Burgundy intertwines like the tendrils of the vines tended by Juliette (Ana Girardot), who is endeavouring to run the family wine business as her father lays dying in hospital. She is struggling to be taken seriously in what has been a man’s world for centuries. 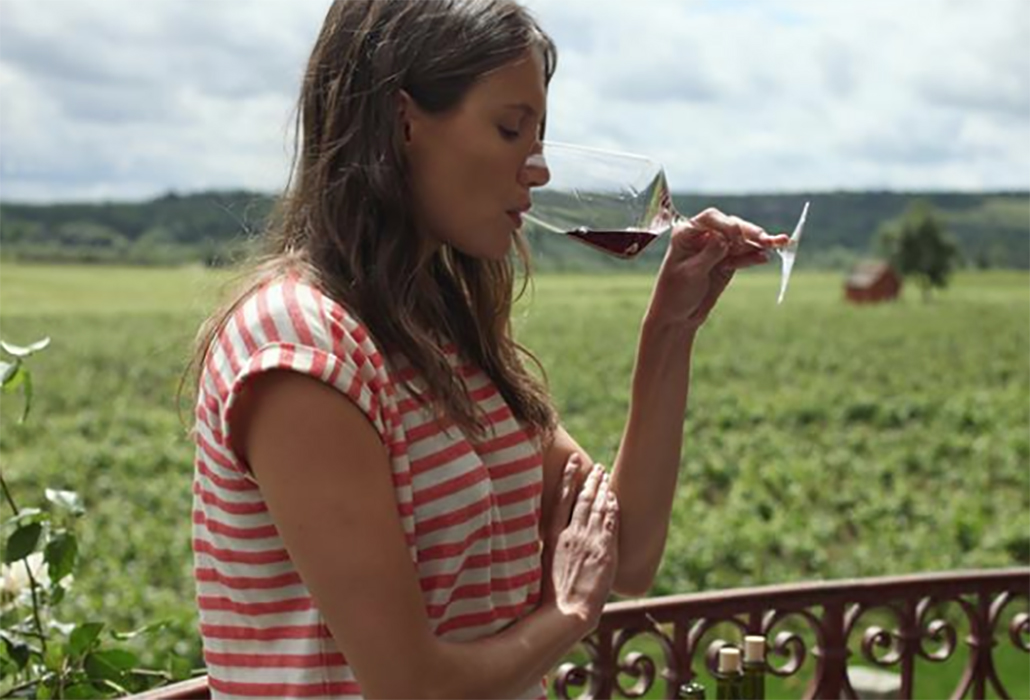 She doesn’t see her role as any laughing matter; the decisions and responsibilities falling on her, she is finding in reality, difficult to make.

Taking responsibility for his younger siblings was something her father demanded of her elder brother Jean (Pio Marmai) when they were growing up when she learned to be a peacemaker for her two brothers, rather than the quick decision maker she now needs to be.

It’s an interesting comment on the ‘role’ we play in each other’s lives through the circumstance of our birth and how we all take our own time to mature. 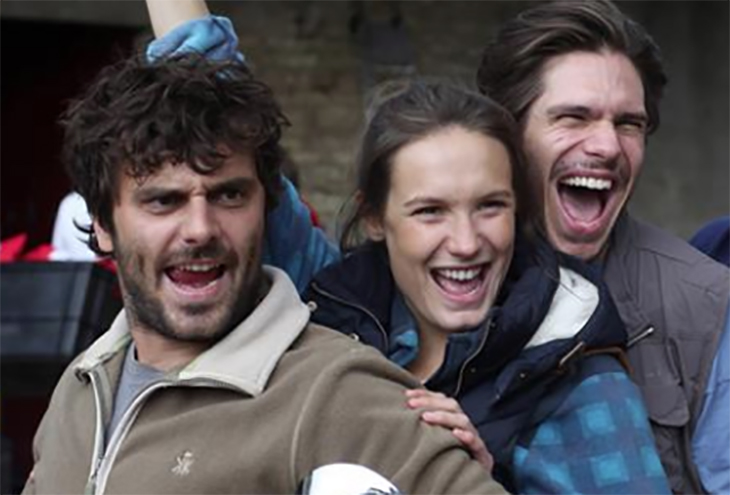 As children, their father Marcel (Jean-Marc Roulet) who was at the centre of their lives, taught Jean, Jérémie and Juliette all about the art of wine making.

Now he is dying in hospital, Juliette’s youngest brother Jérémie (Francois Civil) helps her as, and whenever he can. But he looks up to her and doesn’t try to make decisions on her behalf.

These days he has a new wife, a new baby and a pair of overbearing in laws who own premier vineyards nearby his home vineyard, and who also alarmingly, tend to make today’s helicopter parents look normal.

The father seeks to control everything the young couple do in terms of business, while the mother reveals she has no respect for anyone else’s life, especially her daughters, offering only smothering, instead of mothering. She’s never learned to let go at all and she makes them feel powerless to resist her demands. 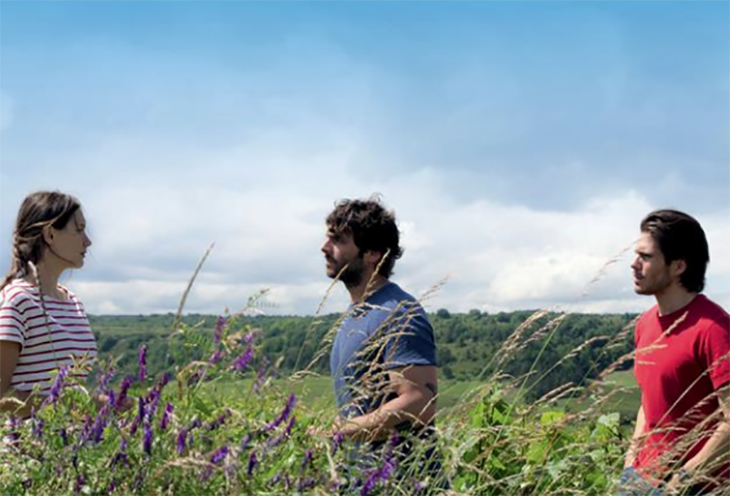 The film action highlights the sort of issues and misunderstandings that can and usually do drive families apart until brought back together by the death and subsequent funeral of a parent. This is when they either reconcile for good or split up forever.

Jean has been living in Australia for a decade since he fled – leaving home without offering those who loved him an explanation for going.

Immediately he returns though, it’s all hands-on deck for harvest, as the grapes once ripe need to be picked, despite what is happening in their personal lives they have to don tools and work. 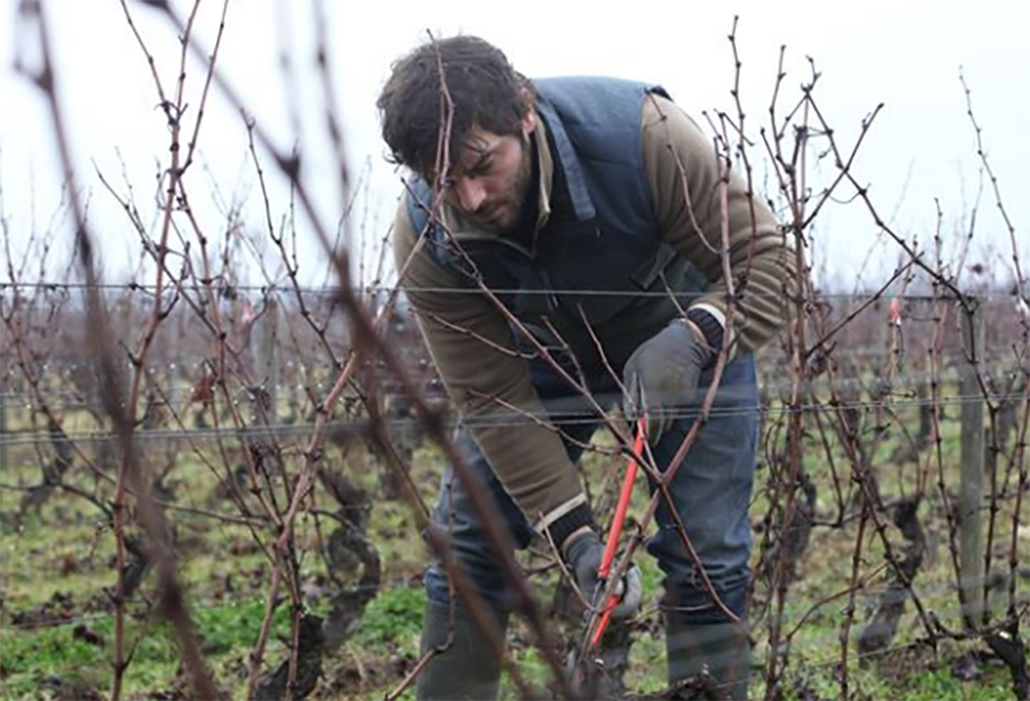 There is a great deal to talk about when they finally finish the harvest and bury their father, while learning about how their lives will need to be changed to accommodate the terms of his will.

This family drama takes place in the east centre of France, nearby the town of Meursault, part of the wine making district of Beaune in Burgundy.

It’s in its own way palatable, engaging, an easy to consume vintage, about how the children each loved their father in very different ways and how their relationship with him impacts on their lives. 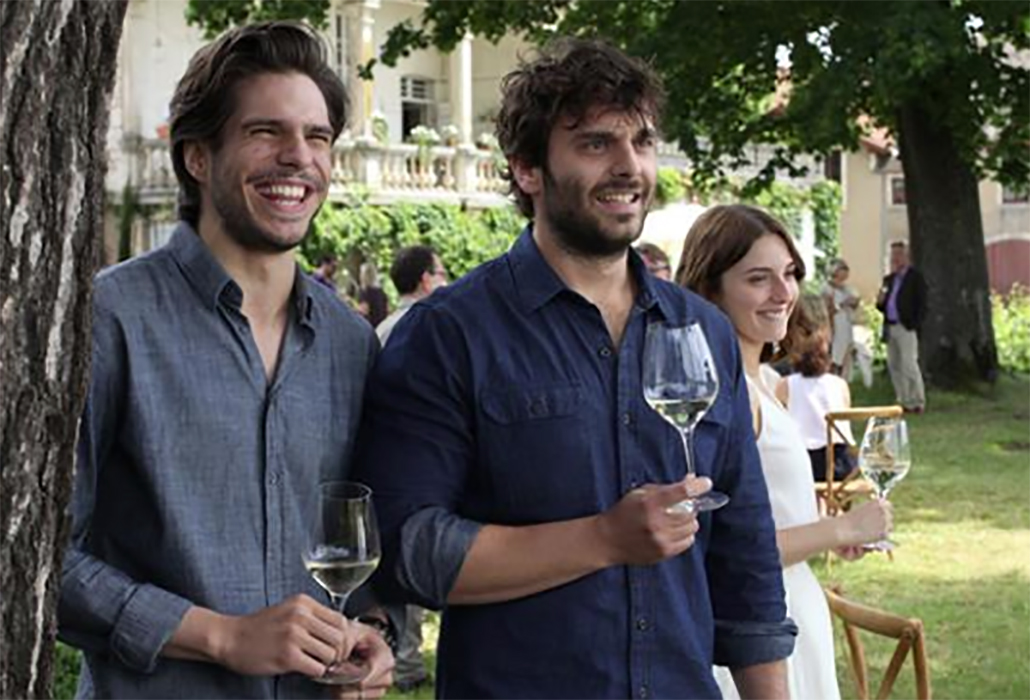 Their story becomes a metaphor for love and how and why it can take time to mature and become rounded, just like an amazing old red French wine. 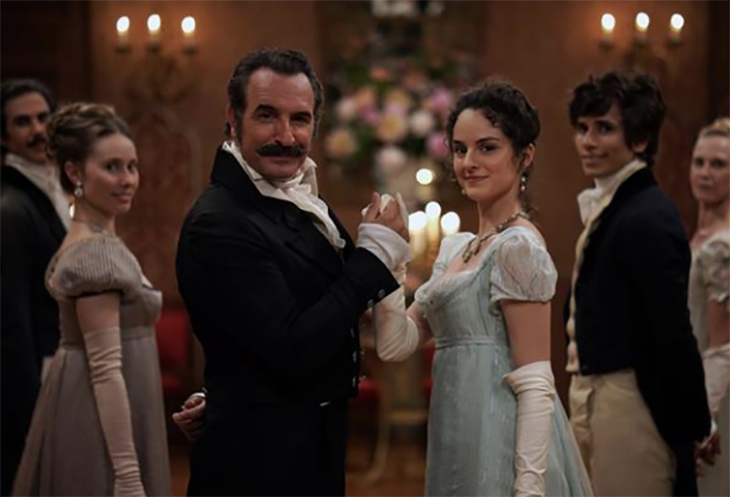 The French really do period movies so well and so effortlessly. This laugh out loud historic comedy is a perfect example of how a dashing Hussar in Napoleon’s army, who is a deceitful lothario and scoundrel, can with the aid of a talented writer, not only turn into a hero but also be seen as a swashbuckling giant by his peers on his return from war.

The reality is very different for at the height of his career he also fled – fast.

This is a Jane Austen meets the French bawdy version of an Elisabeth and dashing Mr Darcy, who she saves from a down and out life lived in infamy after he deserted his Hussar regiment.

On the very day he left unexpectedly for the front, Captain Neuville (Jean Dujardin) had become affianced to Pauline (Noémie Meriant), a local haute bourgeois beauty, much to the delight of her parents Madame (Evelyne Buyle) and Monsieur Beaugrand (Christian Bujeau) and her sister Elisabeth (Melanie Laurent). 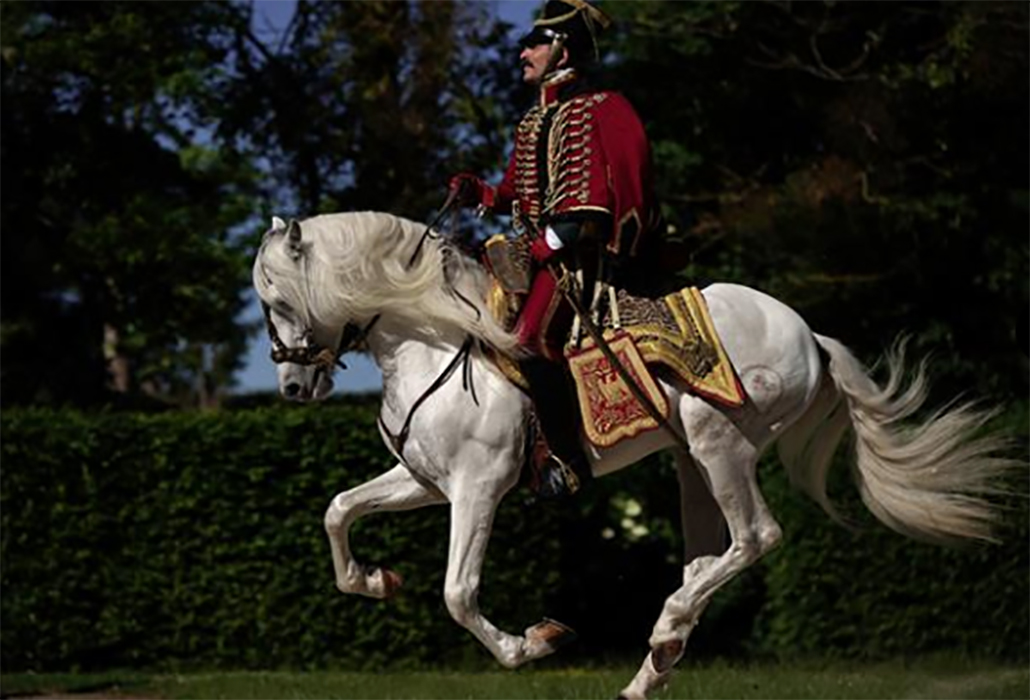 As he rides off for war, he promises to write, but the days turn into months and years with Pauline writing regularly, her words sometimes very seductive indeed.

Her letters are also, unbeknown to Pauline, being intercepted and answered by her sister Elisabeth who has a real gift for prose, although she is shocked by Pauline revealing her sexual needs in writing. She wants to let her sister down gently because she understands the cad of a man the Captain really is.

Pauline eventually accepts the fact her cavalier has gone forever. She turns her attention elsewhere, marrying the handsome Nicolas (Christopher Montenez), a young quietly spoken neighbour. They have their first child; a son.

Then one day in the town on an errand Elisabeth recognises her sister’s once flashy fiancée, who is wearing rags, as he alights from a coach. 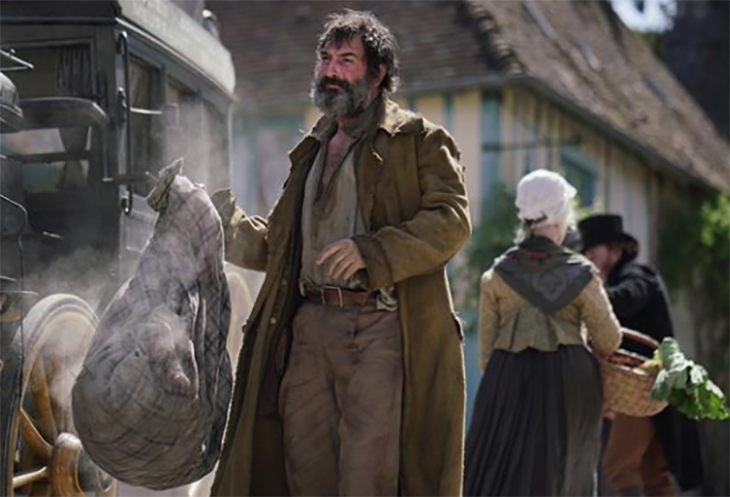 She cannot help but notice him because his fellow passengers are all complaining loudly, how he has stunk out the carriage, because of a fish in his pocket.

Elisabeth, is more than alarmed not only at his appearance both physically and in reality, but by knowing about her sister’s unchained ardour for the Captain.

She can see how the return of this hero might endanger the very stability and security of her family.

She hastens to lead him away to talk to him and discovers she needs to get out her pen once more, with hilarious results. 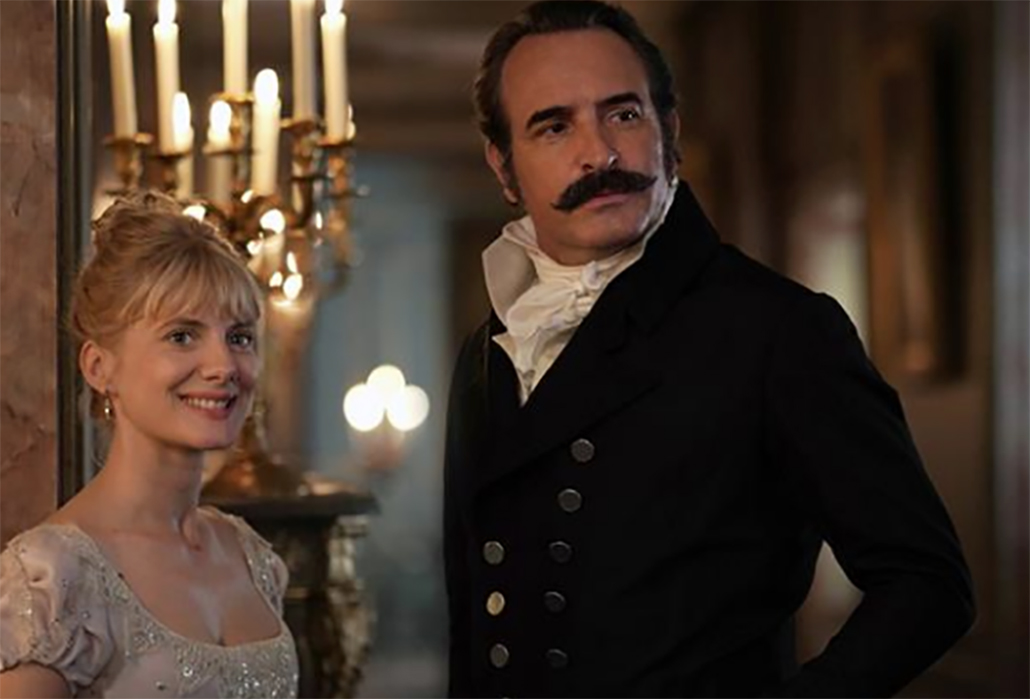 This one’s a comedic delight, with Dujardin and Laurent providing a powerhouse of chemistry in what is a highly creative tale. 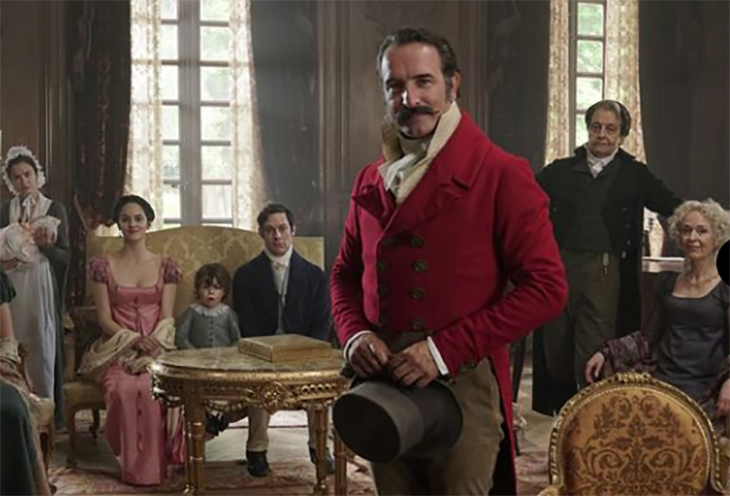 One difference for me between The Return of the Hero and Back to Burgundy is that we can more easily it seems, accept that our ancestors of a few hundred years ago were indeed far sillier than we are today.  Well that’s the perception.

The link between them is strong past to present, both films giving us an opportunity to laugh out loud at our human frailty and to promise ourselves to talk to each other when we’re upset about something we don’t understand.

The Sydney Fair 2016 focusing on Art Deco, vintage and 20th century style objects, has everything you can think of under the one roof, all available to purchase