Cultural exchanges between nations are vitally important in the complex and conflicted world we live in today.

History has proved it is impossible for humankind to progress without fault. Life it seems is far from being predictable or preordained.

Creativity breakthroughs are often just an immediate response to landmark events, that in hindsight, we may have ourselves changed. It’s still all about timing

We would have to say the twenty first century did not start off well with savage acts of terrorism, but hopefully we have all grown from that horrendous experience.

In that context it’s wonderful to hear that the ‘rare and sense-stunningly rich objects’, which tell incredible stories of courage and survival, will be highlight of a very special exhibition from March 7 to June 15 2014 at the Art Gallery of NSW. Almost lost forever, they survived war, looting and a Taliban decree to destroy them. 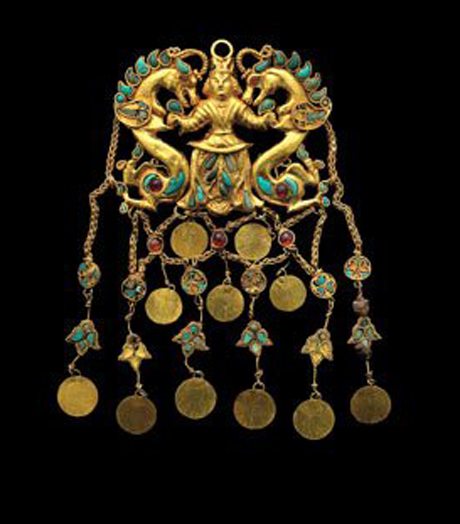 This incredible show has been on tour around the world for sometime, including in the USA.

‘Where there is greatness, great government or power, even great feeling or compassion, error also is great. We progress and mature by fault…’*

This show of objets d’art will reflect on the evolution of the cultural heritage of the people of Afghanistan, which was for so long a cultural crossroad. Importantly it will also provide a unique platform for an exchange of ideas, for communication and meaningful conversation about those who have risked life and limb to protect it and tell us why.

There will be some 230 + stunning and precious artifacts gleaned from sites along the ancient Silk Road, which was the way the West first became acquainted with the East.

It is perhaps extraordinary to us today that a commodity such as silk played such a vital, and in many ways a unique role in the development of foreign trade and political relations.

However it did, one that extended far beyond the bounds of Asia itself. 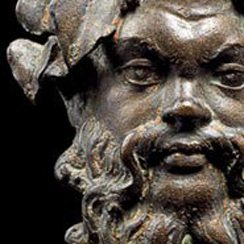 Alexander the Great, Genghis Khan and Marco Polo all travelled the ancient trading route that linked ancient Iran, Central Asia, India and China, and the more distant cultures of ancient Greece and Rome.

Visiting us for the first time these priceless treasures, some thousands of years old will offer Australians a rare opportunity to discover the surprising, untold story of Afghanistan, the country at the heart of the ancient Silk Road.

It is a rare privilege to have these treasures here at the Gallery. This is also a story of the heroism of many individual Afghanis in saving their cultural heritage….providing…a very different perspective from that of most news stories over the many years of conflict, said Michael Brand, director of the Art Gallery of New South Wales.

Uniquely organized by the National Geographic Society, Afghanistan: Hidden Treasures from the National Museum, Kabul will feature gold jewellery, bronze and stone sculptures, ivories, painted Roman glassware and other ancient works of art, which were all excavated during the 20th century. They range in date from 2200 BC to the second century AD and are drawn from four major archaeological sites in Afghanistan.

The ancient city of Fullol, where gold bowls from the Bronze Age were unearthed

The former Greek city Aï Khanum, founded in the wake of conquests by Alexander the Great.

Treasures from what is thought to have been a merchant’s storeroom in Begram.

The lavish gold jewellery and ornaments found in the graves of six nomads in Tillya Tepe.

The related program of events to compliment the exhibition is indeed impressive. They include a separate exhibition of works by Sydney-based artist Khadim Ali exploring his stories of ‘cultural vandalism’ http://bit.ly/1cFfcKa

Dr. Omara Khan Masoudi, director of the National Museum of Afghanistan in Kabul will feature in a conversation with well-known Australian broadcasting presenter Richard Moreccroft. The Director of the National Museum, Omara Khan Massoudi, overseeing restoration of a statue

Dr. Masoudi will discuss how the museum at Kabul was occupied as a military building during Soviet rule and then bombed and looted during the civil war, when only the foresight and bravery of the museum’s staff prevented the loss of one of the world’s great archaeological collections. The talk will be Auslan-interpreted. What are the challenges facing archaeologists attempting to excavate a region that since the 1970s has been engulfed by civil war and conflict?

How do artifacts become traded pawns in a cultural blackmarket and what can be done to stop this?

What is the history of archaeological collections in Australia?

How can museums support archaeological projects to preserve the cultural heritage of the region?

The Gallery’s annual visual arts conference for Teachers will take place between the 13th and 15th March, investigating the role of the artist as a creator and the ways in which artworks come into being. It was also pleasing to learn that in collaboration with the stunning Nicholson Museum at Sydney University, an opportunity to visit and learn about the role of archaeological museums and collections in Australia will be an important part of the event program.

The Nicholson Museum is the second largest teaching collection of ancient artifacts in the world.

It is certainly the biggest such collection in Australia. Although it does not contain Afghan artifacts, there is certainly much to learn about world cultures and their evolution.

It contains a stunning array and humbling, in that there are so many objects we will recognise and connect with, despite them having been created thousands of years ago.

Throughout the eighteenth century a healthy rivalry between men of style and action, who believed themselves rational, intelligent human beings, as well as informed rulers of taste provided the impetus required to create a whole new way of living in our world.

An enlightened man of the nineteenth century set small store by his own gratification equating honour with the greater good and a passionate pursuit of knowledge was only exceeded by his desire for more. Boot buckle decorated with an image of a carriage drawn by dragons courtesy National Museum, Kabul

During the first half of the twentieth century man’s inhumanity to man set the world aflame for and set us back by forgetting that having respect for self and offering it to each other is the only way forward, if we are all to have a future.

The age of enlightenment in Europe was all about the advancement of society through knowledge. When examining all the wonderful objects in this show those who become engaged by them will gain an understanding of just how important it is for a debate about 21st century enlightenment to continue

When Camels Could Fly – theatrical storytelling, song and music inspired by tales from the Silk Road with Bronwyn Vaughan will be an important aspect of the school holidays, reaching out to tomorrow’s citizens.

Members of the Art Gallery of NSW will have an opportunity for free viewing of the exhibition on Sunday 9th and Monday 10th March. If you were looking for an excuse to join here’s your chance. It is only one of many viewings made available to members.

The list of meaningful events that contribute to the cultural exchange is long…so perhaps best to view it for yourself.

When this exhibition was launched in San Francisco His Excellency Said Tayeb Jawad, Ambassador of Afghanistan to the United States noted that “Seven years ago, with the Taliban roaming our streets, none of us could have imagined that Afghanistan would be able to recover and celebrate its rich history. Today, Afghanistan is once again regaining its historic role in bridging cultures, countries, and civilizations. This exhibition presents a country of long history, rich heritage, breathtaking beauty, and dynamic trade and commerce. The treasures on display speak to Afghanistan’s ancient history and its present-day challenges while showcasing the sacrifices of our people to protect and preserve our heritage”. As reported in the National Geographic magazine, ‘…like the French citizens during World War II, who hid works of art in the countryside to prevent them from falling into Nazi hands, Omara Khan Massoudi and a few trusted tahilwidars – key holders and heroes and guardians of their country’s cultural  heritage, secretly packed away Afghanistan’s ancient treasures when they saw their country descend into an earthly hell’. This very important show is all about celebrating the future of hope these recovered ancient artifacts represent.

Let’s all join in and do our bit in Australia and help to keep the bowl ‘half full’.

Seen by over 1.7 million people in major museums worldwide, the exhibition at the Art Gallery of NSW will present a rich and diverse program of events, including a special Art After Hours highlight night on 2 April.