‘You are a rent boy. I am a poet. Over the wall lives the Dean of Christ Church. We all have our parts to play’

A fierce advocate for the retention of libraries, it seems to me that anytime is always a perfect time of year for an Alan Bennett celebration. England’s local hero highly acclaimed author, playwright and provocateur Alan Bennett (1934 – ) celebrated fifty years as a writer and performer in 2010 and today his incredible wit and stylish writing still receives rave reviews.

With just a few words and a witty remark he makes you acutely aware of just how brilliantly and acutely he observes the follies and foibles of human nature.

Alan Bennett first surfaced with his 1960 satirical stage revue Beyond the Fringe.  Since that time his contribution to literature, and the art of performance has been particularly poignant and very profound. It was in the early 90’s when Bennett adapted Kenneth Grahame’s magical tale of The Wind in the Willows for the National Theatre and followed it up with his amazing play The Madness of George III.

It became the 1994 movie The Madness of King George winning rave reviews and awards especially for its actors Dame Helen Mirren and Sir Nigel Hawthorne. This simply marvelous compilation had at the core of its collection of short stories a moving family memoir: an emotional, witty and sometimes outright funny recollection of his childhood….and of his father who ‘never drove to church because Mam thought the sacrament might make him incapable of the return journey’.

Produced as ‘A Life Like Other People’s’ it was published as a stand alone piece jointly by faber and faber and Profile Books in the same appealing small book format as his highly acclaimed success ‘The Uncommon Reader’. The perfect all year round present, ‘A Life Like Other People’s’ can be enjoyed completely on the couch on a rainy Sunday afternoon. Smut: his unseemly stories (stories) published in 2011 and 2012 are wonderfully incorrect.

In England as debate intensifies in the press over the closure of some public libraries Bennett argues that access to a book-lined haven is still as important as it has ever been.

‘I have always been happy in libraries, though without ever being entirely at ease there. A scene that seems to crop up regularly in plays that I have written has a character, often a young man, standing in front of a bookcase feeling baffled. He – and occasionally she – is overwhelmed by the amount of stuff that has been written and the ground to be covered‘ 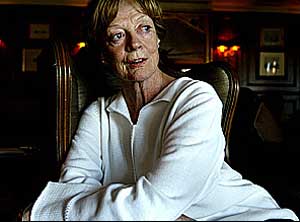 Maggie Smith, Bed Among the Lentils, a monologue from Talking Heads

…the amount we know remains a pin head in size on what there is to know.

Bennett’s dramatic series of monologues Talking Heads gained national and international success and the admiration of critics and audiences alike when it was produced for BBC Television in 1988 and 1998 respectively.

For my part having the joy of seeing actor Maggie Smith on stage in one of the most famous of these ‘Bed among the Lentils’ was, and will for me always remain one of my most special life experiences. His award winning The History Boys, again for England’s National Theatre in 2004, gained a huge following when it became a simply splendid movie in 2006.

This mixture of intellect and interaction between students and their educators, while they vie for a coveted place at one of England’s finest universities, is nothing short of brilliant and filled with many pithy quotes.

Who will ever forget the great line ‘History is a commentary on the various and continuing incapabilities of men. What is history? History is women following behind with the bucket’ delivered so admirably by actress Frances de la Tour playing Mrs Lintott.

Long an advocate for equal opportunity in education, Bennett believes Britain would be better off and ‘much more of a nation’ if private and state education were amalgamated.

He said in an interview once … “It’s just wrong that with two children of equivalent ability, one should be better educated than the other because their parents are better off. It’s just wrong.”

The best of Bennett is far from over despite his advancing years. His 2009 play, The Habit of Art about a ‘fictional’ encounter between the poet WH Auden and composer Benjamin Britten, towards the end of their lives during the 70’s has built a league of followers. The story is about how they reflect on growing old, creativity and inspiration, and on the value of persistence when all passion’s spent: ultimately, on the habit of art.

It was a smash hit in the UK, so much so they televised it to the nation live from the National Theatre. It also received handsome reviews in 2010 at Washington. The play, directed by Nicholas Hytner, stars Richard Griffiths as W.H. Auden; Alex Jennings as Benjamin Britten and Adrian Scarborough as Humphrey Carpenter. His ‘People’, a play that takes place in a grand room of a stately English home that’s crumbling around its inhabitants, has been called ‘bittersweet’ and is full of the mischievous wit and sense of the ridiculous he has become renowned for. 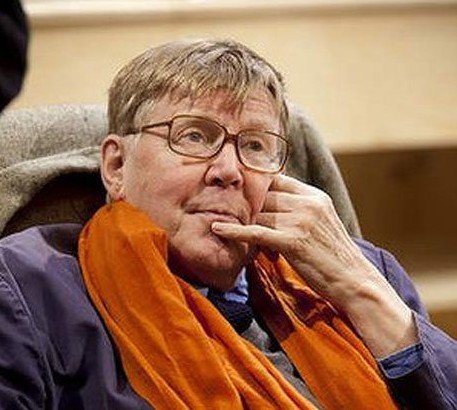 It has been a sellout and was also broadcast live from the National Theatre at London in March 2013 and in Australia in April.  The play takes on the preservation industry and its Disneyfication of history – and suggests that sometimes it’s far better to just let things fall apart.

Dorothy once led a charmed life, and had a stint as a fashion model; now her couture clothes are in cupboards and she and Iris huddle over a bar heater for warmth. Stacpoole Hall is falling apart. Yet of all the choices Dorothy faces, the one that horrifies her most, is that the National Trust may acquire her home.

There are other suitors, other possibilities – the laughter for the audience in People comes from Dorothy’s attempts to explore them.

For Dorothy, decay is a form of progress, objects often survive because people don’t pay any particular attention to them, and not everything has a monetary value.

It was assumed, that Bennett said in an interview published in The Age,…that  particularly by people at the National Tust, that he shared Dorothy’s feelings across the board – ”that I wanted country houses to be allowed to decay”.

Nothing, he says, could be further from the truth.

People is a play about heritage, history and about our attitudes towards the past.

“It’s a play about decay, about loss, about regrets, old age, about listening to people … It’s a very humane evening.

Watch the Trailer for the Alan Bennett Play People

‘Pass it on, ‘just pass it on’….said Hector in the History Boys.