Architecture, literature and philosophy are integral to the intellectual and artistic life of every society in every age, with its spirit expressed through its music* 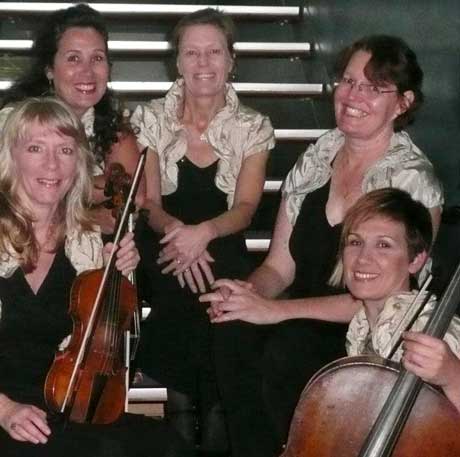 Communicating ideas and feelings to someone else is made possible through the beauty of music. Festive music is meant to be cheerful, joyous and performed in a mood of celebration. In antiquity Christian Greece absorbed the cultural wealth of its so-called pagan period and festivals, that celebrated an abundance of life and its resonant richness became commonplace. Brisbane based ensemble Alchemy will proclaim a truly festive Christmas 2011 by performing stunning pieces of Baroque style music, featuring the superb vocal athletics of soprano Shelli Hulcombe. They will be inspirational events, filled with energy, passion and joy. 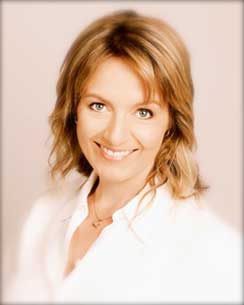 Siren of Song Soprano Shelli Hulcombe comes from a family of mathematicians, providing a link to ancient Greece and the Pythagorean Scale that assisted a complex theory of music to develop.

Today our knowledge of the architecture and sculpture from antiquity is quite substantial, although not so much based on the written evidence, but that of our own eyes through its glorious remains. On the other hand music, while frequently mentioned throughout its literary tradition, in reality remains elusive. We do know that Ancient Greek philosophers attached great value to music and its cultural ramifications, its theorists holding fast to the idea that the entire cosmos vibrated with its harmonies and rhythms.  Music, as played by Alchemy, will echo the beautiful voice of nature. The poetry of Sappho (600 B.C.) and others was often sung in contests, with melodies and rhythms based on the poetic meters. An eight-tone scale was created by Greek mathematician Pythagoras (c550 BCE) . It assisted a complex theory of music to develop. For instance music was one of the first technologies employed in the design of landscape architecture.

The thoughts of the ancient Greeks, underpinned by Pythagorean mathematics and speculative philosophy, were transmitted by sixth century philosopher Boethius, through publication of his De Musica. It explained a great deal about the theory and practice of music to his contemporaries.

This was knowledge transmitted to the humanist scholars of the Italian Renaissance, because it was the most-copied musical text that survived over the centuries to play a dominant role in the development of architectural practice throughout the Renaissance in Italy, especially between the fourteen and sixteenth centuries.

Though their purpose was to recreate ancient Greek drama, the Florentine Camerata, an important group of musical amateurs who met to discuss literature, science and the arts from the 14 January 1573 at Count Giovanni Bardi’s house, effectively altered the history of music by opening a venue for musical creativity and performance–the secular world of the theatre. It ensured that a new and competitive presence, the instrumental accompaniment, would develop.

During the seventeenth century in Europe, encouraged in part perhaps by the towering achievements of the Baroque style in architecture, the success of opening up world exploration, the birth of the sciences, mood of absolutism at the court of Louis XIV where the addition of drama and dance was part of the impetus for change, there began what can only be described as a period of feverish musical activity throughout Europe that flowed on all through the eighteenth century.

In England the first recorded series of entertaining events, that became known as concerts, were organized by violinist John Bannister in his house at Whitefriars in 1672, where for modesty’s sake the musicians were hidden by curtains. In response to growing public demand during the eighteenth century, a number of music societies started promoting public concerts.

The earliest of these was an Academy of Ancient Music, formed in 1710, because they were wanting to promote local content to counter the growing popularity of the Italian style, as represented by George Friderick Händel (1685-1759) who was born at Halle in Prussia. By the time he was seven Händel was performing on the harpsichord and organ and  he was nine when he began composing. He studied law at his father’s insistence, but was a drop out of his day wanting to pursue his passion and love for music.

His works include some fifty operas, a large amount of church music, twenty-three oratorios and the much-loved instrumental works the Water and Fireworks Music. Händel was appointed by George II on 25th February 1723 as ‘Composer of Musick of His Majesty’s Chappel Royal’, a title that had been carefully constructed to allow him to contribute to the musical development of the Chapel Royal, without actually being a member of it. He composed the great anthem ‘Zadok the Priest’ for the King’s coronation in 1727 a piece of music that represents the grand manner of the Baroque style of architecture in every sense. It fills and echoes in grand spaces like St Pauls at London, and has been used at every coronation since. 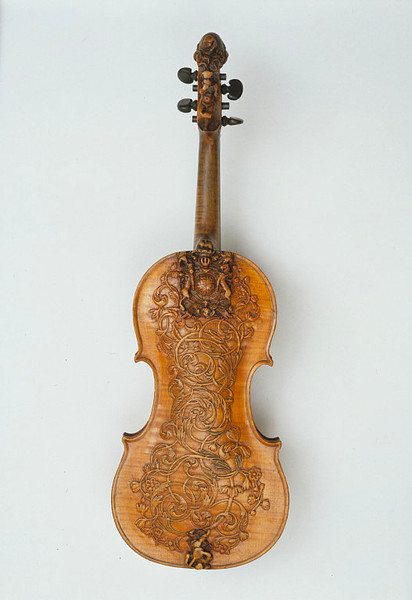 Attributed to Maker Ralph Agutter 1685 this beautiful violin is carved, sawn and planed sycamore and pine. Made for the Royal Household it includes the Royal Stuart coat of arms before they were modified at the time of the accession of William III and Queen Mary in 1688

Alchemy’s musicians, like their earlier counterparts, are devoted to exploring and presenting seventeenth and eighteenth century Baroque style music, using period instruments. They are helping their audiences to rediscover sounds, which hadn’t been heard for hundreds of years until 1973 in England when the Academy of Ancient Music was reformed. Since then, with a growing number of ensembles and orchestras around the world taking their lead, music lovers of the world have been electrified by all new sounds.

They have been made with stringed instruments whose strings are made of animal gut, not steel, trumpets that have no valves,  violins and violas that don’t have chin-rests, and cellists grip their instruments between their legs, rather than resting them on the floor. This ensures the pitch is different too. Recreating the sounds means getting to the very essence and spirit of the original compositions in performances that are very different too. If and when you produce those performances in Baroque architectural settings, then the result is pure magic.

Such historically informed performance practice by Alchemy, together with an imaginative program helps bring the passion of Baroque style music to life. The result is a dynamic performance, that educates as well as entertains and for many people is a whole new concert experience.

Alchemy’s skilled and experienced musicians strive for an uncompromising attention to quality and detail. They regularly perform for Australia’s classical music festivals, professional orchestras and tertiary institutions. Their style and performance however is not just about the past, but about being creative and inspiring in the present.

Guest singer this Christmas is soprano Shelli Hulcombe. She was born into a family of mathematicians and provides a lovely link to the ancient musical past and Pythagorean scale, which was all about musical harmony being integral to nature (another story). 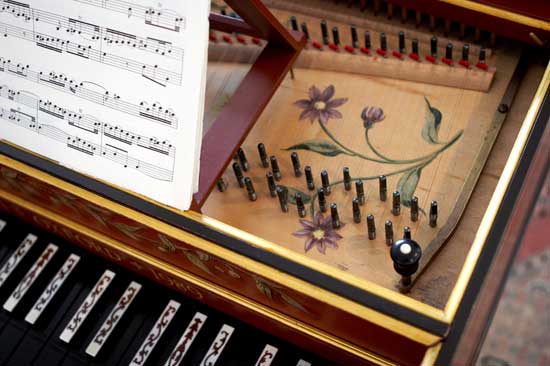 She says she managed to rise above the certainty of calculations however,  to pursue her personal passion a love of music. This happened ‘when she realised solving mathematical equations did not allow for the wearing of glamorous dresses’, or visits to exotic climes for that matter.

She was a soloist in the opening ceremony of the Goodwill Games in 2001, which is where she got her first taste of Richard de Chazal haute-couture creations! Now she has to keep singing if she truly wants to afford them. 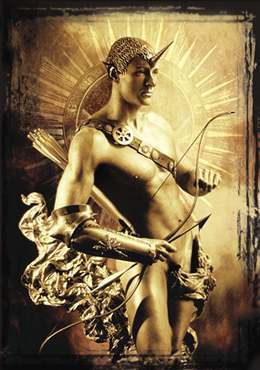 Alchemy’s Christmas concerts will all be pure gold as they magically transmute Baroque style music into Xmas Joy. It will be like an enchanting interplay of sunbeams that made up the strings of the Greek God Apollo’s lyre. Their sounds will glide gently over the heart and mind, imparting both inner peace, and a genuine feeling of well being. Audience members will have the opportunity to join in singing ancient Christmas Carols, and enjoy drinking chilled punch and traditional mince pie refreshments during interval. It is sure to be a special experience.

It is time to take a rest enjoy some recreation and take on board refreshment, both inside and out. It is also a good time to re-visit The Christmas Message