For young people today seeking a career in the world of classical music it requires not only love and passion but also a dedication and perseverance second to none. It’s a tough gig, but for those who do succeed the rewards can be immeasurable. They can lift you up on a scale so high that you find yourself resonating loudly and long in lofty places where music reaches its highest pinnacle of beauty in both composition and performance.

Sydney based musician and composer Alice Chance is currently enjoying an adventure in a musical wonderland of her own making. Alice has a defining passion for both new music and historical Baroque music, especially when played on authentic Baroque instruments.

Awarded the 2012 Ignaz Friedman Memorial Prize in 2012 for academic merit in composition from the Sydney Conservatorium of Music, Alice believes there is an exciting future in new music for early instruments, because it opens up a fascinating interplay between the past and present. Alice has just recently been awarded a residency with ACRE (Artists Cooperative Residence and Exhibitions) in rural Wisconsin in the USA where just a small group of artists and musicians are chosen from some 500 young applicants from all around the world based on their merit. They complete an individual artistic project over a two-week period while they are there. She is currently fundraising to pay for her air fares to go.

Alice revealed “… it’s a really exciting occurrence for me and I can’t wait to go. While I’m there I really hope to create a work that is contemporary, but treats the historic instruments with respect and sensitivity. Although it will be a modern piece, I’ll be aspiring towards beauty – in the same way baroque composers did” said Alice, revealing a wisdom that belies her years.

We were introduced through a number of mutual connections and I would have to say that I was completely captivated by her achievements so far and the brave and beautiful journey she is embarking upon. Alice’s project while she is in America will be to complete a commission from Conductor Neal Peres Da Costa and the Sydney Conservatorium’s Early Music Ensemble. She will write an orchestral suite to be played on baroque strings, woodwinds and a harpsichord.

This includes the lovely Viola Da Gamba, a superb instrument, one of the viol family of bowed, fretted and stringed musical instruments, which fell from favour in the 17th century, but is currently enjoying a revival thanks to enthusiasts like Alice’s mentor and teacher Jenny Ericksson from The Marais Project.

In solo performance the ‘gamba’ demonstrates clearly its mellow, soft, round tone and Alice performed her own Viola Da Gamba composition at the Sydney Opera House as part of the 2011 HSC Encore Series. O Pastor Animarum was selected for inclusion, because she was judged by HSC examiners to be among the best of her age in New South Wales. In the world of instruments the ‘gamba’ is still an unusual choice and Alice is the first new player for it in over twenty years. Her passion about it has been ongoing since she was five old and first heard Jenny Ericksson play it at a Musica Viva concert.

Her parents duly found Jenny, who advised they start Alice with the violin and that she could work towards the gamba. Nine year’s later she began studying her first choice with Jenny as her teacher. Persistence and hard work was rewarded when Alice’s HSC results revealed she had earned a Band 6, which is the highest score possible for music.

When asked what she loved about the viola da gamba in her last year of school Alice noted “It fascinates me how the mellow, beautifully tragic tones of the Gamba can still speak to people centuries after its birth.”

In 2013, Alice is currently looking forward to additional performances of her compositions by the Sydney Conservatorium Early Music Ensemble, the Maribella Women’s A Capella, Waverley College, Emanuel School and the MLC School Chamber Choir on their tour of the USA.

Not letting the grass grow under her feet on the 23rd June at St Peters Cathedral Adelaide there will be the premiere of a solo organ work she has composed. The Leichhardt Espresso Chorus has commissioned a number of works from Alice and in 2013 has built the program for their mid-year concert on 29th and 30th June around Alice’s fabulous set of five works, which are based on the eternally appealing Aesop’s Fables.

She is working with the composer in Residence David Basden and Artistic Director Michelle Leonard to ensure that all the musical movements smoothly contribute to the already acknowledged humour, wit and wisdom of these ancient tales. 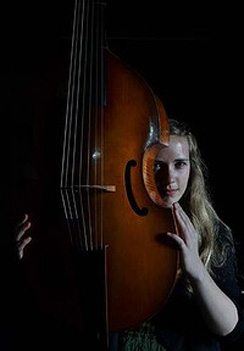 Aesop’s Fables the concert will be held in late June at The Forum in Leichhardt. Alice will also be composer in residence for the award-winning Moorambilla Festival to be held later this year at Coonamble between 19 – 22 September 2013. Telling me about it Alice said “It’s a regional festival … gathering hundreds of kids from country areas who wouldn’t normally have access to music education.”

Alice Chance’s enthusiasm for her chosen musical path is certainly infectious. As we are linked by a passion for culture and early music, I will be following her adventures in music with great diligence and interest.