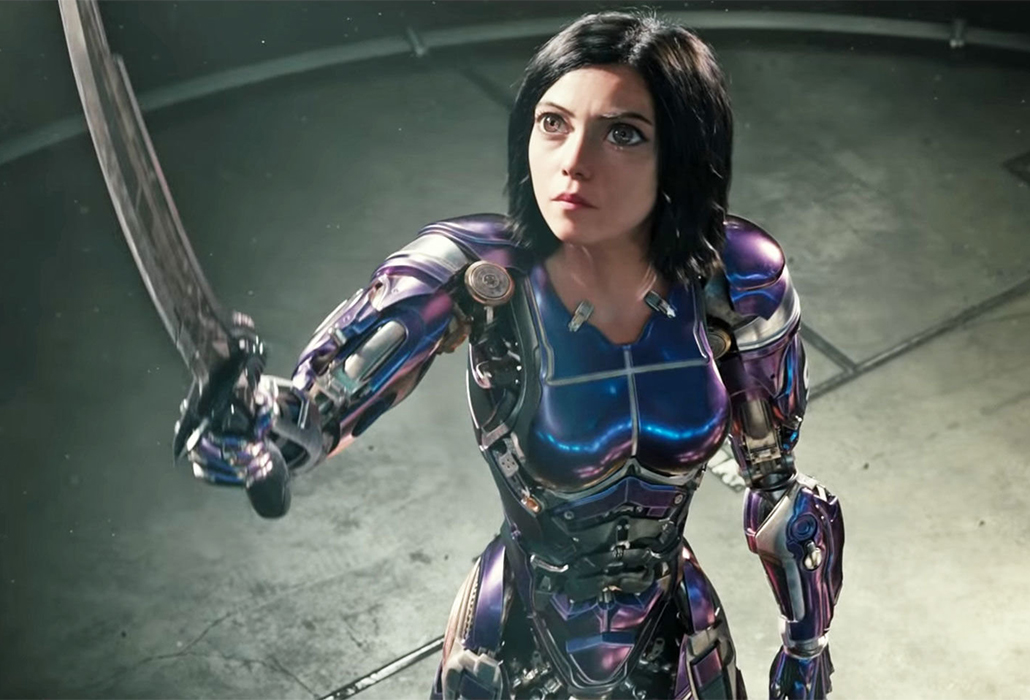 One cannot but approach Alita: Battle Angel with a certain amount of apprehension.

The original anime, made by Yukito Kishiro, was not short of cybernetic action but at its heart was a surprisingly tender love story. The new version is twice as long, incredibly expensive, and directed by Robert Rodriguez (Sin City, El Mariachi), a fellow not known for subtlety.

The movie’s trailers hint at a series of spectacularly pointless CGI fight scenes.

Even more, Hollywood’s last attempt to make a blockbuster out of an anime, Ghost in the Shell, was an extended exercise in largely missing the point. 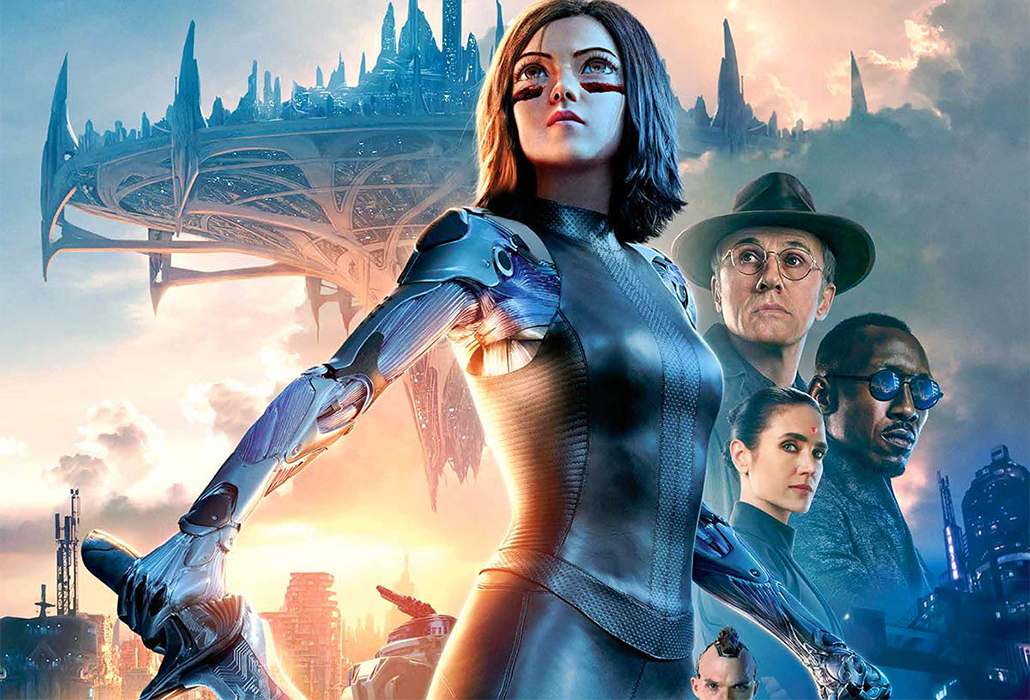 But as it turns out Rodriguez (overseen by producer James Cameron) does a pretty good job of keeping the essence of the source material while adding the best that modern technology has to offer.

Rosa Salazar, who has previously appeared mainly in supporting roles in so-so films, turns in a solid performance, although with CGI-enlarged eyes and a metallic body she does not always have much to work with. 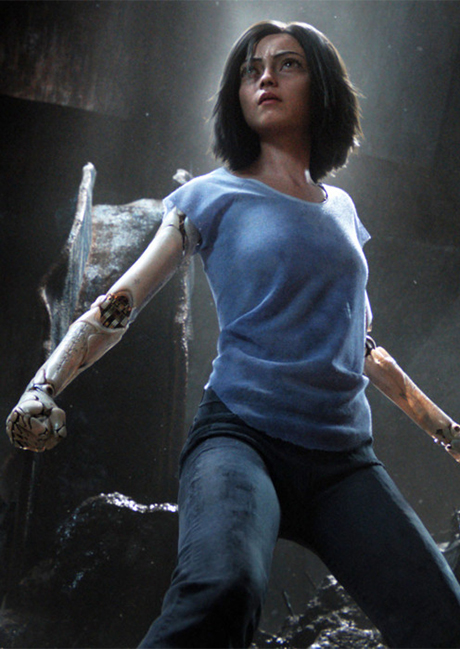 The cyborg Alita, or at least a small part of her, is rescued from the scrap heap by compassionate Doctor Ido (Christoph Waltz), and while her memory is gone she soon reveals the talents of a super soldier. This allows Rodriguez to stage a succession of truly remarkable fights and races, and there are plenty of villains – uber-sleeze Mahershala Ali, smooth-talking Ed Skrein, and snarling Jackie Earle Haley – to contend with.

There is also Jennifer Connelly, who was grown out of her pretty-girl looks into an interesting character actress – although here she comes to a very unpleasant end.

Salazar manages to balance Alita’s cybernetic strength and human frailty as she struggles to define herself. There is even some fun along the way, such as her first encounter with chocolate. 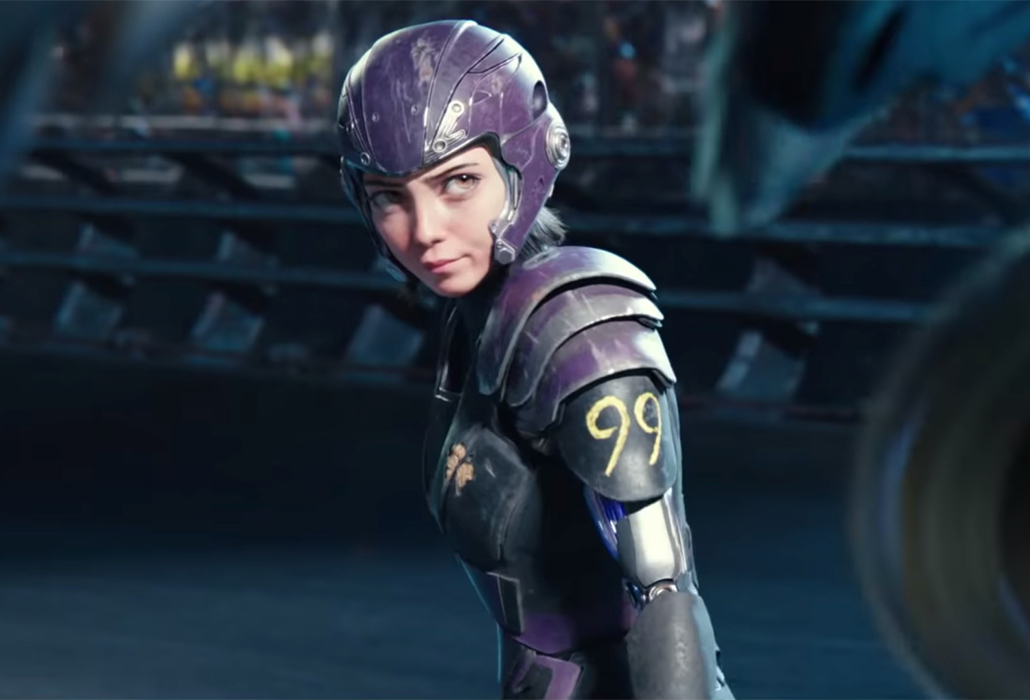 The weakest point is Keean Johnson, as Alita’s crush interest Hugo. He is hunky but rather bland; the character in the anime version had more depth, and his obsession with reaching the floating sky city of Zalem made sense.

With Johnson it feels more like a plot device, a sudden change of mind to provide a conclusion. In fact, the whole movie begins to struggle in its final stages, perhaps because of the need to provide a pathway to the inevitable sequel. 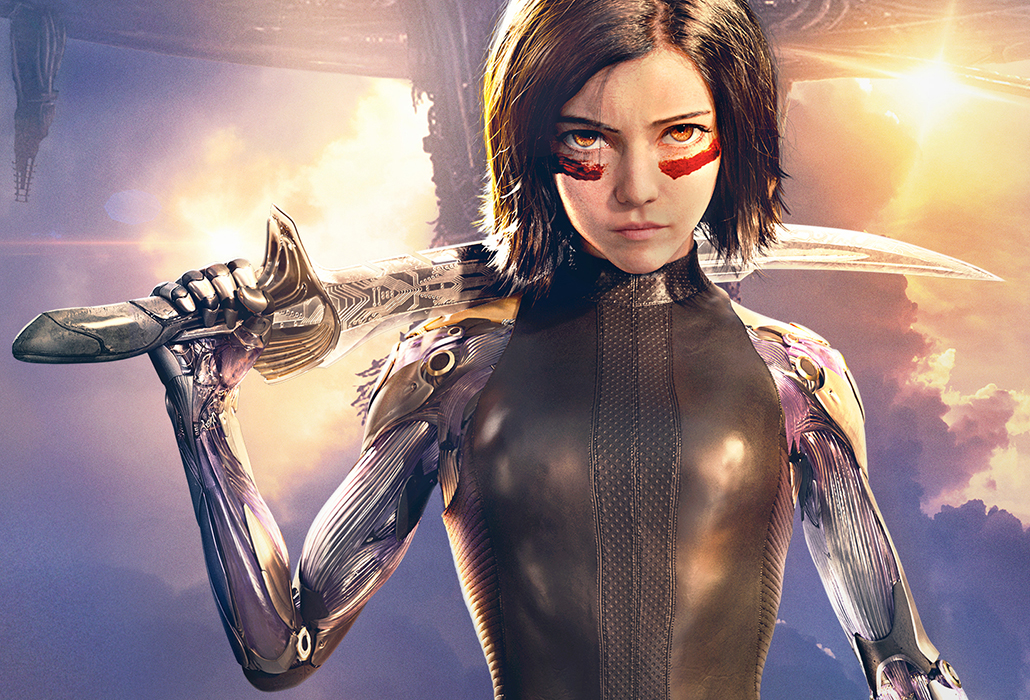 Alita might not be the triumph its makers wanted but it is still a success, and it is good to see another movie (after, for example, Bumblebee) in which it is a complex young woman who does the rescuing and the sacrificing. And the visual look of the movie is undeniably stunning.

Hollywood does not always get the emotional tone right but in Alita: Battle Angel, Robert Rodriguez did not get it wrong, either.

Photographer Cecil Beaton was 100% fashionable, blessed with a rare talent for observation and reflection, which was always thought provoking and entertaining