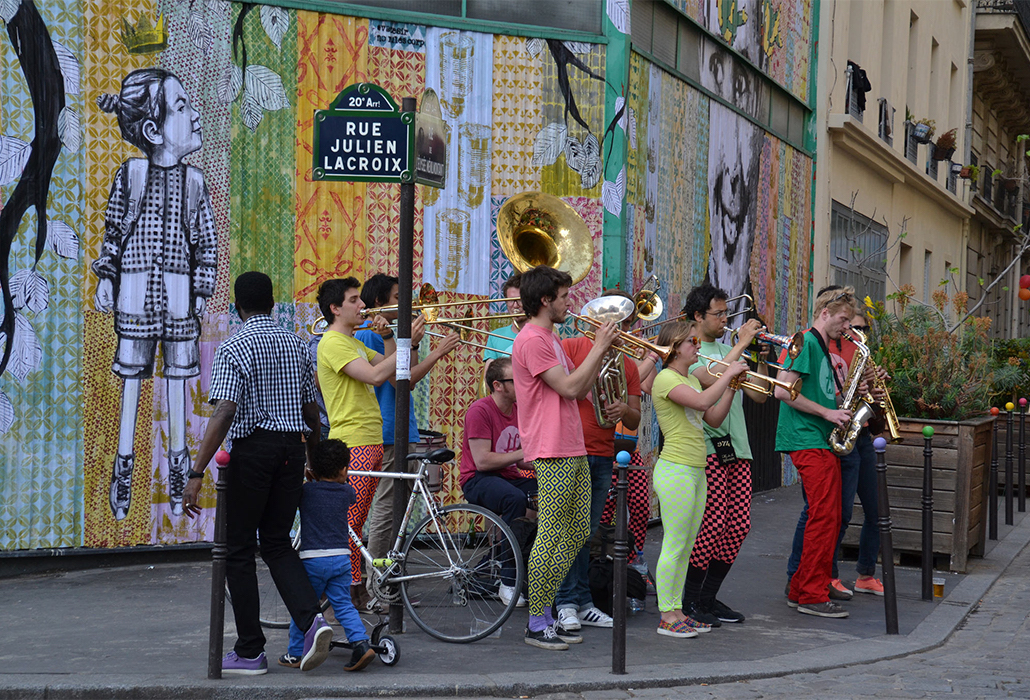 Bringing the wonderful FREE French street festival of music La Féte De La Musique, which occurs annually in Paris on June 21 (Summer Solstice) to Australia, and to Melbourne in particular, is not an easy task for organisers.

It’s a fabulous event held in many countries all over the world for the past 25 years. It is all about allowing and encouraging musicians to play outside in their neighbourhoods, public spaces and parks, where spectators are able to enjoy live performances, all for free. A great day out for the family and for musicians wishing to have their music heard. However, in contrast to the northern hemisphere, June 21 is the shortest day of the year down under, and often the coldest as its the middle of winter.

Unless it is a very sunny day, it’s hard to get the crowds to come, especially since the date cannot be moved because it is linked to an event in nature and held outdoors; well traditionally.

Brisbane in the north where the winter weather is a lot hotter than Australia’s southern cities tried and boosted by its early success when June 21 fell over a weekend, the festival lasted ten years.

For the first two years I was the music events producer for Brisbane City Council and so it was sad or me to see it come to an end. The young musicians of Brisbane had learned quickly to embrace it.

Melbourne tried too but last year it just disappeared. Now organisers at the Alliance Francaise in Melbourne (famous for its French Film Festival) have found a new place to hold it… not on the streets as intended, but in the Eildon Mansion down by the seaside at St. Kilda. 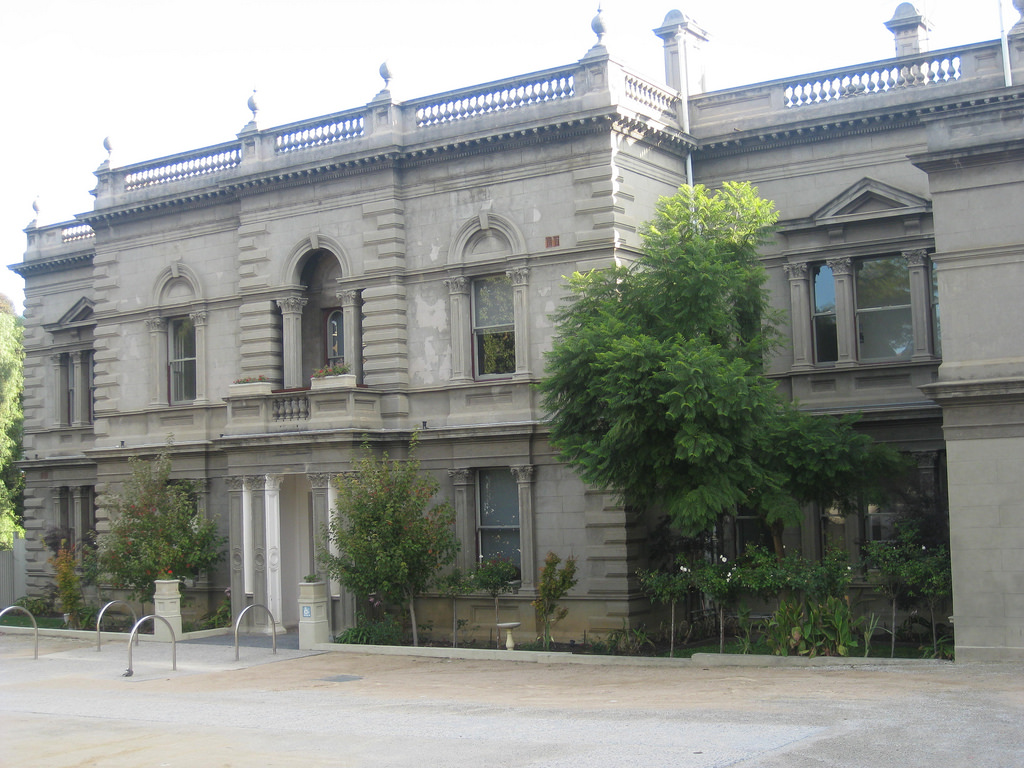 Eildon Mansion was once a part of what was at the time, very classy seaside prestige suburb, which is now a very cosmopolitan place where hundreds of people go to live, see and enjoy life so it’s a perfect venue for the Festival in smaller mode and as it is FREE you will need to Register to Attend.

This Italianate styled classic heritage house was sold to the Alliance Française in 2006. They have since restored many areas of the property: setting it up to hold their French classes and media library. It retains its atmospheric basement room (the old kitchen) which holds cinema, concert and conference events.

Whereas everywhere else tons of musicians have the opportunity to apply, the Alliance has announced ten groups will be performing in total, offering an eclectic variety of musical genres. 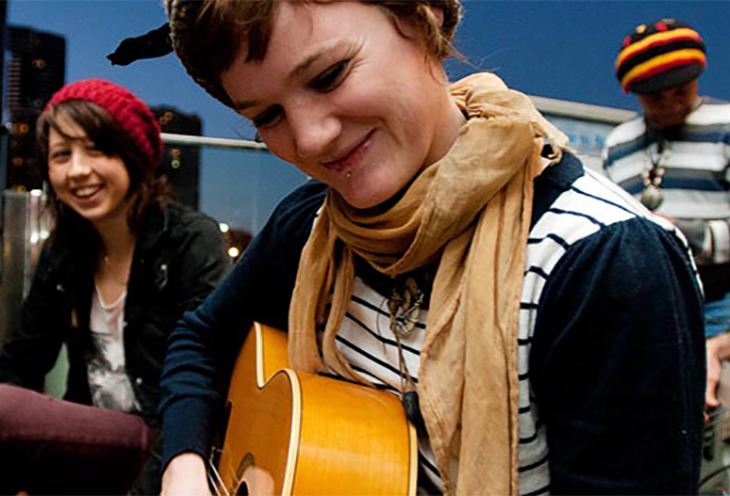 Gypsy jazz, French chanson, West African songs, hip-hop… “The idea is for it to be impossible for you to get bored for the whole 5 hours the event will be running” explains Michel Richard. “If you are a musician, you can even participate in our jam session that will bring the evening to a close”

Renowned French Collins Street based Chef Philippe Mouchel is involved, and there will be plenty of French food on offer including Crepes

Eildon Mansion is a cavernous place with a grand staircase, ballroom and a loggia and guests can be heartened by the news that mulled wine and French onion soup will be served to warm the cockles of your heart, along with the music.

The event will take place between 5pm and 10pm… C’est magnifique. 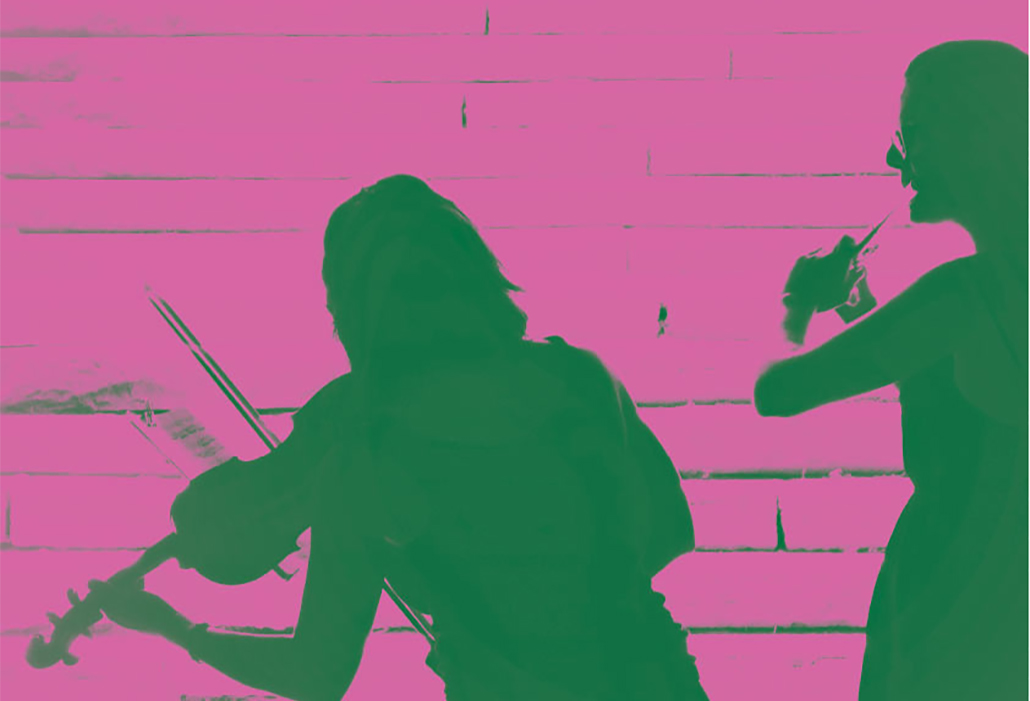 The British Museum at London’s new exhibition South Africa: The Art of a Nation traces the evolution of South Africa and its people through 100,000 years of art