The development of a Villa (a country estate) in ancient Roman times, was especially influenced by poetic themes inspired by the Roman writers Horace (Quintus Horatiius Flaccus 65BC – 27BC) and Virgil (Publius Vergilius Maro 70BC – 19BC) as they lyrically expressed their joy in the natural beauty of the countryside, which they loved.

In a villa rustica in the countryside the Romans believed pure life and country air allowed for a man to experience true otium (free time). And, as Horace reminds us, ‘he who postpones the hour of living rightly is like the rustic who waits for the river to run out before he crosses’.

The encounter between the Roman world and Greek Hellenistic art resulted in an enthusiastic appreciation of beauty as an end in itself and standards of excellence that have existed from that day to this.

A wall painting in a Villa in the first century Roman town at Pompeii in the region of Campania in Italy depicts the Roman goddess Flora, who is associated with spring flowers.

She is a vision of beauty personified walking gracefully, the weight on one foot, causing the vertical axis of the body to take on a slight S-curve. This pose, celebrated as a naturalistic innovation, was developed in ancient Greece, and is all about the harmony associated with asymmetry.

The lower part of her chiton is wafting on a gentle breeze, expressing a sense of joyful freedom and harmony with nature, one that we associate with the ancient Roman civilization at its best.

Her turned head indicates that what is concealed may yet be more beautiful still. It also suggests that which is not revealed cannot ever disappoint. It is all about unfolding the mysteries of life gently. This same idea also rolled over into architecture where a view or vista was meant to reveal itself slowly too.

Following a succession of small surprises it would climax from the doorway through the main axis of your villa to a distant point where something wonderful, a piece of sculpture, a wall fountain or a beautifully painted fresco like our lovely lady would be on view.

It was also meant to provide the viewer with emotional experience, similar to that of following a country roadway winding its way gently through undulating valleys and traversing a dense forest until, after scrambling up and over a steep, rocky hillside you arrive nearly breathless at the top.

There you are confronted with a spectacular view that literally takes the rest of your breathe away.

If you lived on the lovely coastal aspects of Campania that vista might reveal the sparkling blue waters of the Mediterranean. This would have happened a great deal in this beautiful region of southern Italy, which had been colonized by the Ancient Greeks eight centuries before the Christ event.

The Goddess Flora’s festival was a happy occasion held each Spring, symbolizing the renewal of the cycle of life on earth of drinking and of flowers.

While a relatively minor figure in Roman mythology, being one among several fertility goddesses, it was Flora’s association with the season of spring that gave her a particular importance.

In the history of art a fallen ripe pomegranate spilling its seeds onto a shelf in the remains of the House of Livia at Rome, gently reminds us of Spring and why the rites of the passage between the seasons and fertility were important.

The fundamental difference between our society today and that of ancient times is that practically everyone had a direct link to agricultural production, whether they lived in the city or the country. Most people were dependent on it whether they were landowners, permanent or seasonal labourers, or were simply shopkeepers selling their produce from the land.

Compared to modern times, commerce and industry played a very modest role and the overwhelming importance of agriculture in ancient societies cannot be stressed enough, because it affected all aspects of life.

Fertility is virtually synonymous with survival so it doesn’t take much imagination for us to endeavour to understand why allusions to everything associated with the act of procreation has been uncovered in towns like Pompeii.

Add to this the fragility of human life in a world without antibiotics or sophisticated surgical techniques; one in which an infected wound, the drinking of contaminated water or a miscarriage meant certain death, we can begin perhaps to understand just a little more.

Roman social commentator Pliny the Elder recorded two kinds of villas: the villa urbana, a country seat that could easily be reached from Rome (or any another city) where you could spend a pleasurable night or two. And, the villa rustica, the farm-house estate permanently occupied by servants who had charge generally of the running and servicing of the estate, which the owner visited seasonally. 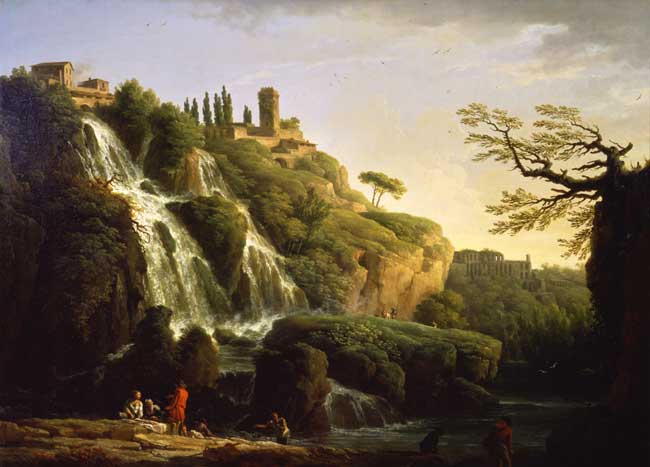 The Roman poet laureate and satirist Horace (65 BCE – 8 BCE) complained of life in the capital, jostled by crowds, suffering from bad weather and, because of his position in society (celebrity status), subjected to gossip.

He constantly dreamed like many others did of the perceived pleasures of country life in his Villa located nearby to Tivoli, an ancient Italian town in Lazio about 30 km from Rome.

Sited near the water falls of the Aniene river, where it issued from the Sabine hills, at his Villa Horace would shed his toga, the Roman equivalent of a suit and necktie, and relax with the books of the ancients, sleep, or rest, while enjoying simple, beautifully prepared cuisine,  plentiful wine and discussing, with carefully selected guests, matters of substance.

So in nearly 2000 years nothing has really changed about human behaviour. And, perhaps we are all still seeking to fulfill Horace’s dream. 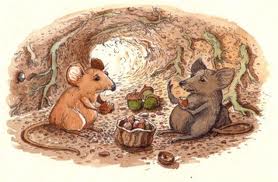 It was Horace who wrote the delightful tale of the country mouse and the city mouse. The former invites his urbane friend to share a meal in his simple dwelling in the woods, offering him to share the few delicacies that he managed to scrimp and save. His fastidious guest barely nibbles on what he has provided while he himself tucks into desiccated berries and scraps of lard.

The city mouse then persuades his friend that life is too short to be spent in such rustic and frugal conditions and that he should join him at his house in town, which was filled with fabulous furnishings and a vast array of remains from a banquet of the night before.

So like so many others who come after him, the country mouse succumbs. He is lured by the promise of better things to come. He repairs to the city with his friend. And, as the companions are lounging leisurely on luxurious ivory couches sharing a repast, there is a tumultuous banging on the door.

The hall is suddenly filled with terrifying and baying hounds. The country visitor beats a hasty retreat saying thank you but he prefers the quiet of his own simple cave and weeds. ’man who lives in the city longs for the informality of country living, the healthfulness of the air, the opportunity for exercise, especially hunting and fishing in a place which offers undisturbed intellectual and creative activities, leisurely conversation with friends and the delights of contemplating the natural and cultivated landscape in different seasons and conditions’.

An idealization of country life has never really been one actually shared by those who work the land for a living. They do not generally see the country as idyllic, but rather as a place that offers a challenge to the human spirit through experiencing the devastation of fire, raging floods, plagues of pests and failing crops and famine. Reconstruction of a Late Roman Villa at Sepphoris

Real country life is far from an imagined rusticity or the ideal of rural life as depicted in Roman literature.

“Sought not what was truest, but what could be most appropriately stated, and wished not to instruct farmers but to delight readers” said Virgil as he attempted to explain away an idealized presentation of country life or the falsely idyllic depiction of a man on the land’s existence.

A kind heart, a good soul, essential ingredients in a menu of goals we need to establish and reach for if we seek to find a balance between romance and reality