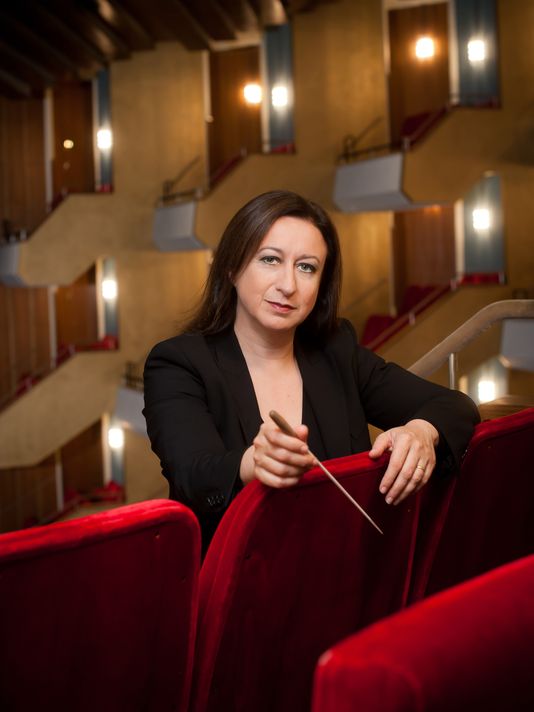 Young Australian of the year in 1986, Simone Young AM generously gave of her world-class talented abilities as a conductor to assist, encourage and conduct talented students of the Australian National Academy of Music (ANAM) as they performed an absolutely fabulous Gala Concert in the Elisabeth Murdoch Recital Hall at Melbourne Recital Centre on August 19, 2016. The students, whose home base is a grand architectural achievement the South Melbourne Town Hall, were led by co-concertmaster’s Harry Bennetts (NSW) and Nicholas Walters (Vic).

They followed Simone Young faithfully, animated by her commitment to the task at hand by having the courage of her convictions and they honoured her participation by not missing a beat and by playing exceptionally.

There were many complexities to surmount, textures to imply and wonderful tone colours to paint when playing a performance that drew out the very best in each and every member of Team ANAM on the night, which included a few members of faculty, guests and distinguished alumni. Together they were wondrous; sublime would be an appropriate word to say but for me it doesn’t really seem enough. They’re fine abilities collectively were a grand and glorious gift, one that kept on giving.

A truly creative country promotes and celebrates its artists, recognising their contribution to its economic and cultural wealth.

Following the concert Simone Young put the people of Australia, and most especially its politicians, on notice. She firmly reminded Australians of their very real need to be constructive and support young classic performance artists, otherwise the consequences for our credibility as a nation of fine musicians, achieved by their predecessors during the 20th century on the world stage, will be dire. 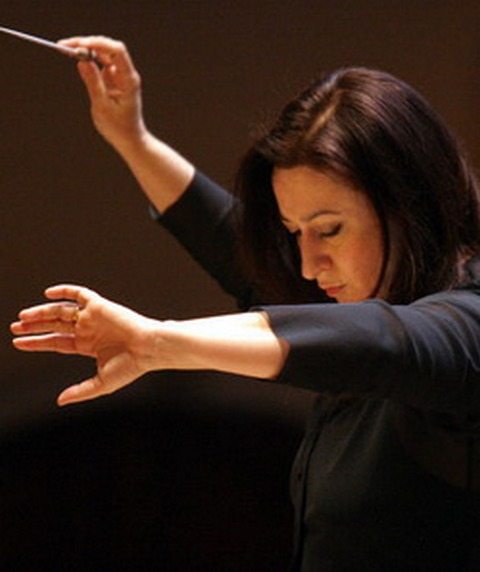 Simone Young was born in Sydney of Irish and Croatian ancestry and was Music Director of Opera Australia 2001 to 2003, Chief Conductor of the Bergen Philharmonic Orchestra 1999 – 2002 and from 2005 – 2012, Principal Guest Conductor of the Gulbenkian Orchestra, Lisbon.

She has conducted orchestras in Berlin, Vienna, Munich, Dresden, and London, the New York Philharmonic Orchestras, the Staatskapelle Dresden, the Bruckner Orchestra, Linz, City of Birmingham Symphony, the Monte Carlo, Cincinnati, and Dallas Symphony Orchestras, the Wiener Symphoniker, the Sydney Symphony, New Zealand Symphony, Lausanne Chamber Orchestra and the BBC Symphony at the BBC Proms to name some. The ANAM orchestra while following Young’s exuberant lead, repaid the audience in spades by being fearless, full of the energy and enthusiasm.

Their passionate pursuit of their love for music of past eras was wondrous to behold.

They kept a keen eye on both the baton and body of their leader as she vigorously assisted them to produce not only a magical result, but also one that will go down in the annals of our musical experiences as one of the best ever in that place.

What a luscious satisfying concert it was and where do we begin discussing it. First up perhaps the hall itself, a marvellous acoustic in a hall superbly designed and left by Victoria’s much loved first lady Dame Elisabeth Murdoch to Australia. It was a legacy for musicians and is a lesson for us all in architectural elegance.

A proud and generous Victorian and Australian our great philanthropist Dame Elisabeth Murdoch (1909-2012), would have been ecstatic to hear the glorious hall she donated to the nation resounding so resonantly through the extraordinary resolve of such a bevvy of talented musicians. It’s what she wanted to know would happen.

Secondly the atmosphere; the audience all people serious about quality and fine craftsmanship… seemingly few walk ins here, although I did meet one in the foyer who confessed to being curious about how high the standard would be – she would have left knowing it was beyond excellence, indeed if there is such a position. 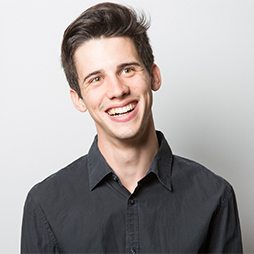 Third families and friends; here to support ANAM students, advanced and post graduate university graduates ranging in ages between 18 – 30 ish, who are there to train on their instrument to a higher level and gain experience.

One has already, Violinist Harry Bennetts, co-concertmaster of the ANAM orchestra is the first musician from the school granted a two-year residency scholarship at the Berlin Philharmonic Orchestra Academy starting straightaway.

Everyone wished him well, knowing the experience wouldn’t have come about except for his talent being nurtured here at ANAM, the executive in Berlin understanding the rigour and expertise Australian musicians are exposed to and, what they have achieved in the past.

Austrian composer Arnold Schoenberg was a good role model for his day. He was certainly mentally tough, creating his masterwork known as Transfigured Night in 1899, producing it during a six-week period of feverish activity.

Darkly intense at first, a grave serious piece of music with many voices, it seems to wend its way through the wintry depths of a thick woodland before gloriously bursting into the light where the lilting qualities of a lovely melody showcase his ability to transform the nature of human hearts and minds.

Superbly played by the ANAM orchestra, Transfigured Night was composed when Schoenberg was a young man of 25 and the perfect choice to start a program that would prove to students of music that a pursuit of their passion for personal reasons is integral to the heart of a true artist

They must not do it for anyone but themselves. It may sound selfish but it isn’t really, true fulfillment for anyone only comes through ‘knowing thyself’, and the personal depth of experience frees them up to go on and become a fully rounded artist.

Escaping persecution in Europe arriving in America in 1933, Schoenberg was divinely inspired by a fine tradition of German master composers before him who formed an integral part of his national and religious heritage He pointed out that with this comes ‘… responsibility, but it is imposed only upon one who can assume this responsibility’.* When the audience had suitably acclaimed the Schoenberg work, the crew refashioned the stage arrangements. It was time for Lisa Gasteen to present five of Mahler’s poetic and beautiful songs.

Lisa has always been one of most intelligent and tireless of sopranos, both voluptuous in tone and outstanding in her response to the text. 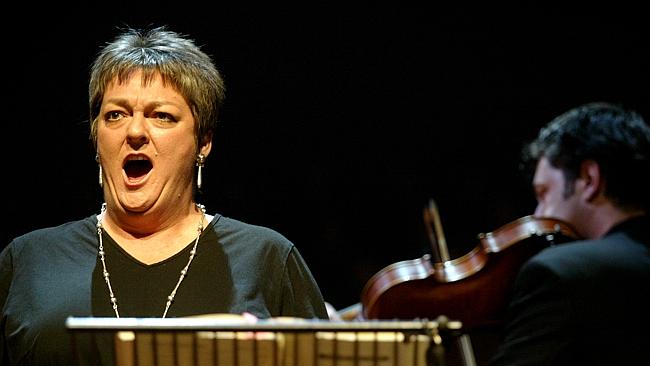 At Melbourne she strode confidently onto the stage to meet everyone’s great expectations. They were more than fulfilled, her diction was completely glorious as she dazzled the crowd who erupted, stamping and cheering their approval.

It was wonderful to hear her sing again, I love the softer deep round sounds she is finding now in maturity. Once again she proved that music is a powerful form of communication vital to our inner well-being, both hers and ours.

Today a fine teacher and mentor for young singers in Brisbane at the National Opera School at Griffith University, Lisa Gasteen performed with all the impetuous ardour that saw her win the Cardiff Singer of the World competition in 1991, although in maturity now perhaps its just a little bit more controlled.

The rich undertones of her beautiful voice were full of pathos and if anything more evident today, especially when singing the meltingly beautiful last song Liebst du um Schöheit – if you love for beauty’s sake. It made me ache all over for love lost.

After the interval the ANAM orchestra tackled a powerful work of immense dimensions, composed by Johannes Brahms; his Piano Quartet in G Minor op.25, skilfully arranged by Arnold Schoenberg in 1937.

He produced this during the earlier years of his own compositional evolution, as he gradually developed his own approach to the sonata form, which he would make his personal trademark. At this stage however his concept was not yet polished and what we were confronted with is a gigantic, sprawling exposition that was big, bold, brave and beautifully realised by our talented musicians, who under the spell of Simone Young’s expertise kept it fresh, vital and new.

Brahms re-titled the first movement “Intermezzo” because of its large layout and subdued character.

The moderately slower third movement which is intensely lyrical, was also notable for its brilliant central triple-time march.

However it was perhaps the finale that once again, proved to be the virtuoso showpiece not only for his composition but also the players.

Its furious thematic beginning was stunning, decorated by what are known as grace notes; harmonized, each phrase repeated an octave higher.

How superbly the young musicians rose to expressing this early example of explicitly gypsy-inspired music as it revealed all the passionate pursuits of the soul.

This style would serve Brahms well throughout his career as he proceeded forward, mainly through instinct, music after all a glorious product of the heart, soul and mind.

The work was enormously exciting and the ANAM students infused it with a rhythmic language of their own.

Music is the first language we learn and an important step in the creation of the spoken word and I can only but urge all Australians with a love of fine music to invest in the future of our nation and its culture, by supporting ANAM, the Australian National Academy of Music.

The past constantly helps us to invent the future and our creative expression helps us to see the world around us more clearly. A creative nation is a productive one. Culture, which defines and creativity, which inspires, should be and remain mainstream elements of Australia’s social and economic life. They both strengthen our values and help to preserve our own sense of identity, which is now so brilliantly multi-cultural.