Mummy of an unknown man from Thebes, around 600 BC (EA 22814) courtesy Trustees British Museum

Ancient Lives: New Discoveries a show on now at the British Museum in London highlights many amazing discoveries through a special selection of eight mummies taken from the Museum’s extensive collection. Some names are known and many are not.

Representing diverse cultures over thousands of years, the collection on show is a unique record of the varied ways different societies have conceived of death and how they have disposed of the remains of the dead reverently and with respect, and otherwise.

What we do know is that there are eight lives with eight stories to tell.

Curators John H Taylor and Daniel Antoine are no doubt thrilled that many advances in technology now available.

They noted recently ‘We can now look behind the mask of material culture and encounter the actual people of the ancient Nile Valley through a forensic study of their remains – and these often tell a different story to the one we knew before’. 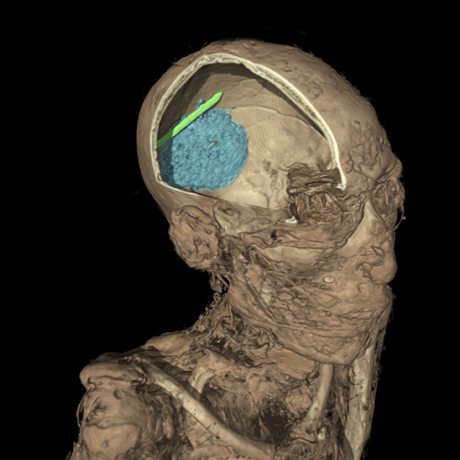 To deal with all the cultural issues that will inevitably surround such a display the British Museum have through consultation and investigation developed a special policy. It outlines the principles governing the respectful and lawful holding, display, study and care of human remains courtesy Trustees British Museum

These include non- invasive procedures, such as CT scanning and 3D visualisation, which are helping them to unlock hidden secrets and build up a detailed picture of each person.

Coming face to face with someone else’s remains from ancient times will be for many people very confronting. Viewers will be able to see their faces and to discover their ages. This includes medical information, which shows that they suffered from many conditions we still encounter in our contemporary age.

They will find out from which illnesses they suffered and pertinent details usually absent from a written record including finding out about what they did in life, what they ate, and what might have contributed to their death.

To deal with all the cultural issues that will inevitably surround such a display the British Museum have through consultation and investigation developed a special policy.

It outlines the principles governing the respectful and lawful holding, display, study and care of human remains.

Its an opportunity to gain a bettering understand the lives they each lived in the environment of the Nile Valley from the days of the Pharaohs to the days of Christian Sudan a period of over four thousand years. We know his name… Padiamenet, a temple doorkeeper. Shown here is a detail of the cartonnage case that contained his mummy. 25th Dynasty, c. 700 BC (EA 6682) courtesy Trustees British Museum

Inside the skull of a man from Thebes, who lived around 600 BC, it has been possible to visualise the small hole made inside the nose, through which most of the brain was removed.

Unusually, a portion of his brain was left behind, perhaps because the probe which the embalmer was using broke off, and is clearly visible on the scan, lying in the back of his skull.

Along with the artefacts on show there are interactive displays and digital media presentations that reveal all sorts of amazing details.

For instance a male child of only 2 to three 3 years of age from the Roman era during the 1st Century AD is show with his head tilted forward a characteristic of that period in particular along with objects he probably played with including a toy horse.

Visitors can get up close and personal understanding the process of their mummification, general state of health and importantly, how their beliefs were integral to their daily life. Tamut, a high-ranking priest’s daughter. Shown here is a detail of the cartonnage case that contains the mummy courtesy Trustees British Museum

Displaying and studying such important remains provides scientists with one of the most direct and insightful sources of information on past human biology, different cultural approaches to death, burials practices and belief systems, including ideas about the afterlife.

The scanning process captures thousands of cross-sectional images of the mummies at a thickness of 0.6 mm for every ‘slice’.

These show internal features in startling detail, and by stacking the slices together and using volume rendering software, the mummy can be viewed on screen as a three-dimensional model.

‘Segmentation’ allows continuous surfaces of the same density – whether bone, textile, or artifacts such as amulets of faience or metal that have been placed inside the wrappings’.

They can be looked at and studied separately, with a great deal of precision and clarity.

Some of the evidence uncovered reveals that diseases we often think of as ‘modern’ were prevalent in ancient times.

For example, very clear images of calcification of the arteries are shown in two of the adults, Tamut, Chantress of Amun, and Padiamenet, the temple doorkeeper. 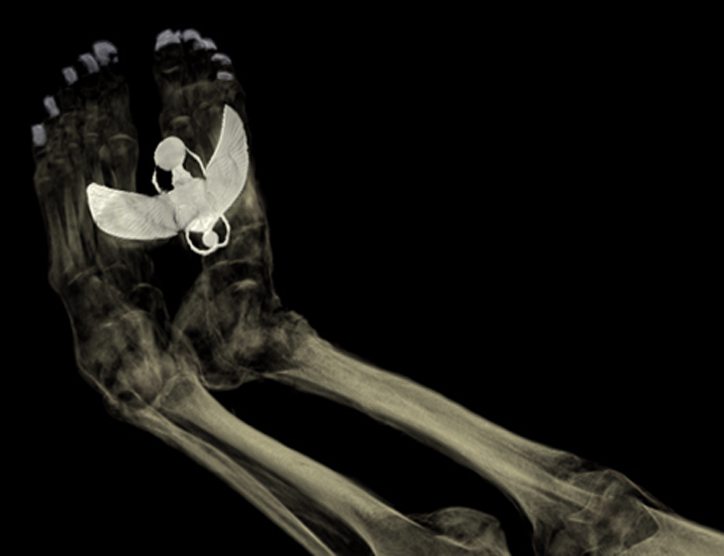 Visualisation showing a view of Tamut’s feet, with metal covers on her toenails and a large sheet-metal image of the winged scarab beetle Khepri propelling the disc of the sun, placed inside the mummy-wrappings courtesy Trustees British Museum 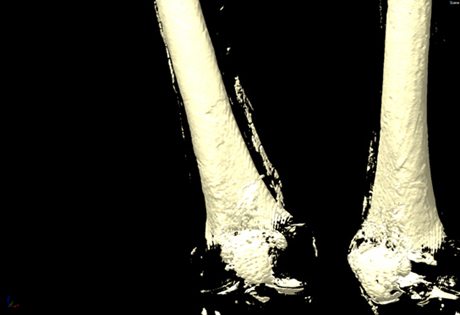 This would have meant that both were at risk of developing cardiovascular disease and might have died from a heart attack or stroke.

A child temple singer was embalmed at 7 or 8 years of age, c800BC at a time when this practice was considered highly unusual for someone so young.

The accompanying digital images reveal he was still developing teeth and had well-preserved long hair.

Also displayed are musical instruments such as a harp and bone clappers, as well as objects associated with hair and grooming, including a very rare wig.

Curators have mounted interactive displays that allow the viewer to understand the daily trials and tribulations of its eight subjects.

While a great many things have changed since they were living their lives and still continue to do so, there are links from our ancestors right through to the contemporary age that we can still relate to. A photograph, left, and an infra-red reflectography of the tattoo found on the mummified remains of a Sudanese woman courtesy Trustees of the British Museum

One Sudanese female villager from a medieval Christian community from the year 700 has a tattoo found on the inner thigh. Infra-red technology helped define it more clearly. The woman, aged between 20 and 35 burried wrapped in a linen and woollen cloth had mummified in the dry heat. The tattoo deciphered by curators spelled out in ancient Greek the name MIXAHA, or Michael. It is the monogram of the Archangel Michael, who was patron saint of the Sudan.

Meeting the Mummies should prove a very interesting show to see.

Dimitris Lazarou reports from Athens the Blank Wall Gallery will host in its art space Dec 1 – 23, an exhibition, Painting is Poetry (creation) that is Silent