The tag “Fortuna audax iuvat” is meant to convey the thought that good luck comes to those who take chances.  Ruggiero rescued Angelica by risking his life to save her from the dragon, who was about to devour her.

The Culture Concept Circle logo is a rich visual image that offers its viewer an opportunity to interpret what looks to be a desperate scenario and imagine their own story. We are often asked about the symbolism of our logo whose story was founded in a long ago legend.

It is important always to clarify the use of the word legend because some may be fearful it suggests a lack of truth. Originally a legend was generally understood to be an illustrative story designed to convey a profound spiritual truth in an attempt to explain the inexplicable. Detail of A Man with a Quilted Sleeve by Titian, long though to be Ludovico Ariosto

Italian writer Ludovico Ariosto published his epic poem Orlando furioso first in 1516. It was about Angelica a pagan princess wrongly accused by the cowardice of others.

She was chained naked to a rock in the sea as a sacrifice to the monstrous sea creature Orc. She was rescued by a valiant African knight Ruggiero (Roger).

Roger however wasn’t her knight in shining armour as many today would like, but a man doing a good deed without seeking personal reward. Angelica and Roger both have big back-stories to this scene, much like a modern day television drama.

She is the daughter of a King (naturally) with a brother Argalia, who is her protector. All the knights at Charlemagne’s court where she is visiting, are smitten by her beauty.

Two principal knights are fighting over her (as they would). They are cousins Orlando (Roland) and Rinaldo (Renaud).

What they really want is to conquer, claim and then control her so they can feel good about themselves.

Our version of this classic tale is an antique copy of a French engraving, which is inspired by the story that was published again c1880. The original engraving is in La Bibliothèque nationale de France. 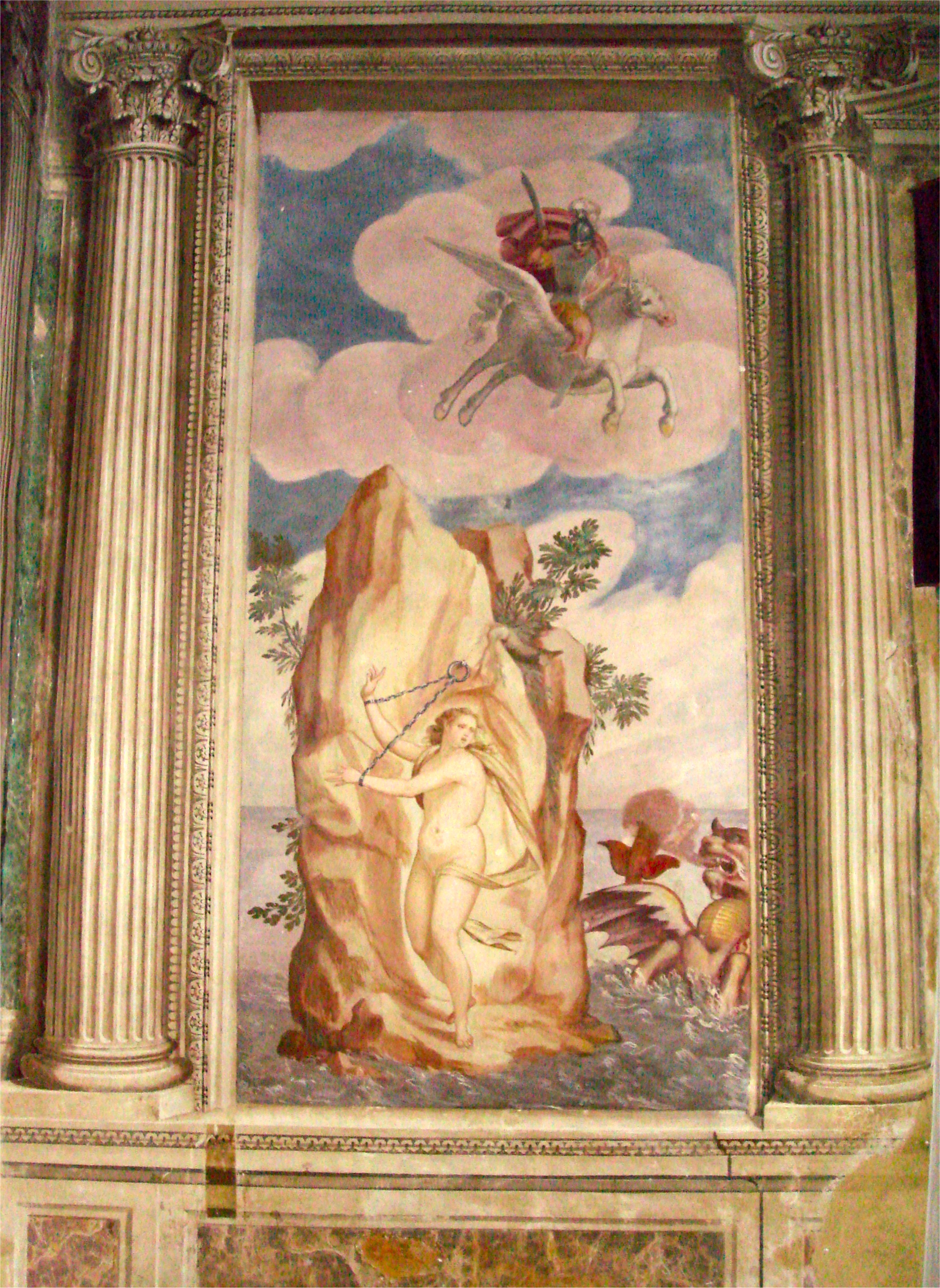 Roger is the son of a Christian knight raised by a wizard (very Arthur and Merlin) who has two giant prophecies hanging over his head.

He has to fight and win many battles along the way toward rescuing the lovely Angelica.

After he has succeeded and also kills the arrogant boastful Rodomonte, (King of Sarza, Algiers and leader of the Saracen army that besieges Charlemagne in Paris) Roger can then be baptized into Christianity.

Basically after that he seemingly disappears off the radar.

It’s no happy ever after story.

In our disturbing scene Angelica is truly a ‘damsel in distress’. It depicts her beseeching Roger to rescue her from an awful fate.

However for many he may seem to be, based on our image, yet another threat through the imagination of the viewer who is wondering perhaps what reward he might extract once he has rescued her?

This is the aspect that thrilled repressed Victorian viewers to the core just thinking about it. And there are many Victorian paintings of the tale. 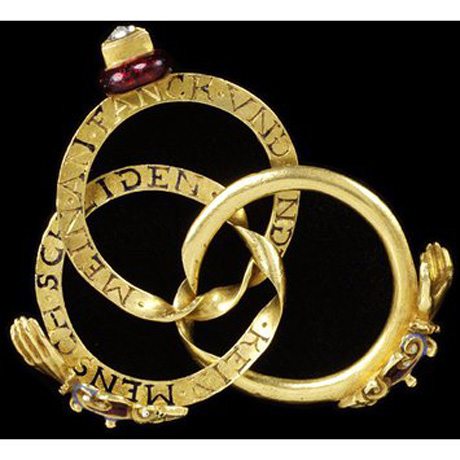 However being a hero, and a Christian gentleman Roger just gives her a ring that will make her invisible to others so that she can escape and eventually find her true love, while he heads off in search of his own.

The image certainly emphasizes the physical and sexual aspects of a scene that bonds its figures together in an almighty struggle in which opposites attract. It is romanticism meets neoclassicism in its intent and contains phallic references, which you can discover and interpret for yourself.

In its entirety it is a story that parallels life, whether in antiquity or today. It is about surmounting the many challenges life constantly throws at us, no matter how hard, so that eventually we can let down our defenses and find our true destiny.

One thing is for sure life for Angelica or Roger wasn’t dull. He certainly took risks, but it was good that it turned out that fortune favoured them both.

Parallels to the tale of St George slaying the Dragon and the legend of Andromeda and Perseus are often drawn in the story of Angelica and Roger. Andromeda was a princess from Greek mythology chained to a rock as a sacrifice to a sea monster because of her mother, Cassiopeia’s bragging.

Her future husband Perseus was the man who saved her from death.

In the Christian period the subject was converted into the legend of St George and the Dragon, which was also Eastern in origin.

Brought back as a tale to be told by Crusaders, it entered the realms of courtly love and eventually the genre of romantic literature during the nineteenth century.

It set every girl’s heart a racing for a knight on a white charger who would rescue her from a humdrum existence and then cherish her forever after. The story still has repercussions today.

In Europe from the Renaissance period onward the original story was revived using as a source the works of Roman poet Ovid (43 BC – AD 17/18), who is a most important origin for tales from classical mythology.

Ariosto’s poem of 1516 has been the inspiration for many other works of art, including paintings by Tiepolo, Redon, and a series of illustrations by Gustave Doré. Jean-Auguste-Dominique Ingres’s version would probably be the most famous of all. It is in The Louvre at Paris.

There is no doubt he influenced many future icons of art.

Art is the visible expression of something profound and invisible; in whatever form it takes, it is shaped by the culture and age that produced it*