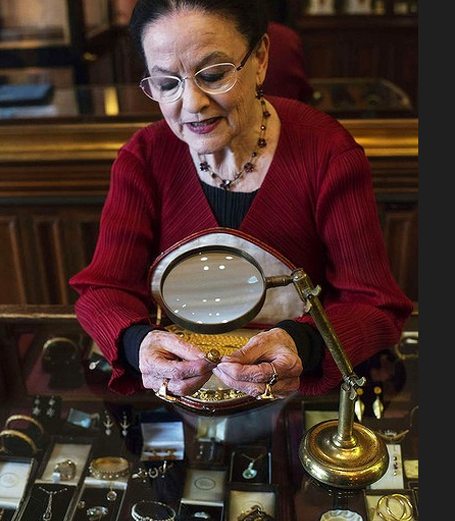 Anne Schofield in her antique jewellery boutique on Queen Street, Woollahra in Sydney

Aphrodite or Venus as the Romans knew her, has been an inspiration for many images on love jewellery for centuries. Where her feet touched the ground, beauty abounded and her divine duty was to make love and inspire others to do so.

Evidence that love and jewellery were associated in the ancient world, abounds. And, if love is said to exist at all, and in all circumstances, then we could rationalize so do objects of love, which is what this story is all about.

Sydney dealer Anne Schofield Antiques has a superb Xmas ‘love jewellery’ catalogue for 2016 and has ensured that every item offered has been chosen with care. You may feel like popping the question or pledging your fidelity this Xmas to someone you love.

The giving of a ring, which has no beginning and no end and so symbolically represents the enduring qualities of true love would be the perfect gift for a season that’s all about caring, compassion, courage and love. Image of the Goddess Flora, carved in Coral and set in a gold ring, courtesy Anne Schofield Antiques, Xmas Catalogue, 2016

If you are looking for something special there is a rare carved coral cameo ring featuring the ancient Greek Goddess of Flowers, Flora.

Speaking of flowers, the fuschia is an exotic bloom that arrived in England in 1792 from the West Indies in a sailor’s bag.

The story doesn’t stop there.

Spotted in the window of the couple’s simple abode by Nurseryman James Lee, he purchased and propagated it with great skill.

Consequently the fuschia became a mainstay aspecdt of indoor decoration both as pot plants and cut flowers throughout the nineteenth century and beyond.

The great naturalist, botanist and patron of the natural sciences Joseph Banks himself would not allow anyone else to carry the first fuschia into the greenhouse at Kew, so excited was he by its arrival. A beautifully rendered fuschia adorns a precious pendant carved in the Art Noveau style. Made from horn at Paris, it has been signed by its maker Elizabeth Bonte c1900. 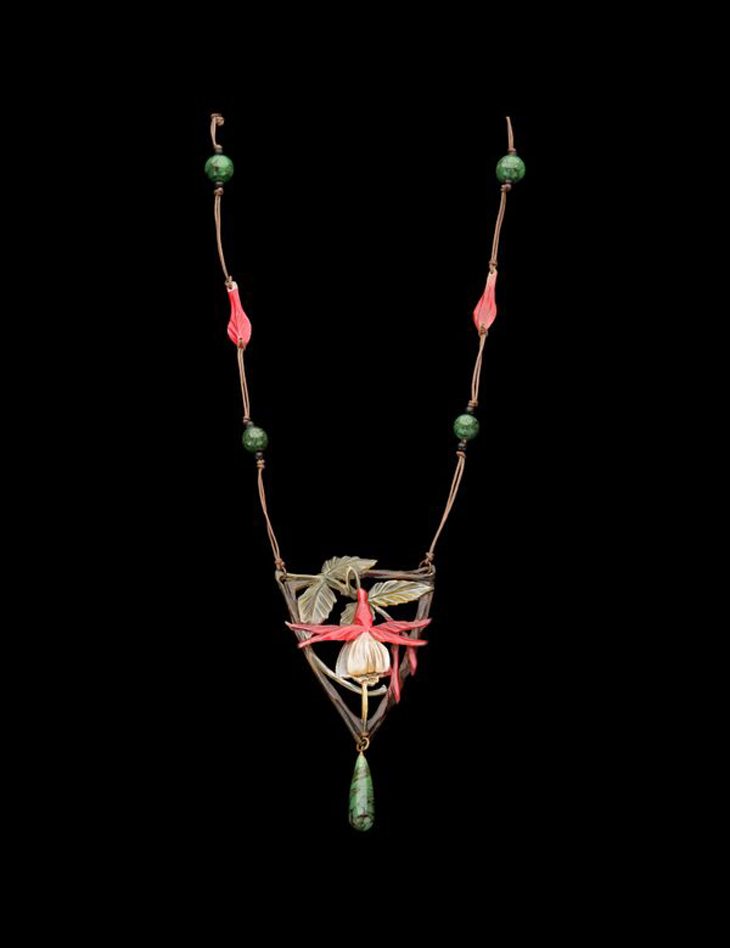 Just like Lalique, she was caught up in the prevailing arabesque of literature, poetry, nature, music and art, which were reflected in pieces produced by jewellers around the world, representing the enduring qualities of love.

In Australia there are many beautiful items that were brought here over the years by families emigrating.

They were acquired as part of major collections, or discovered by dealers and today it is good to deal with people highly recommended. 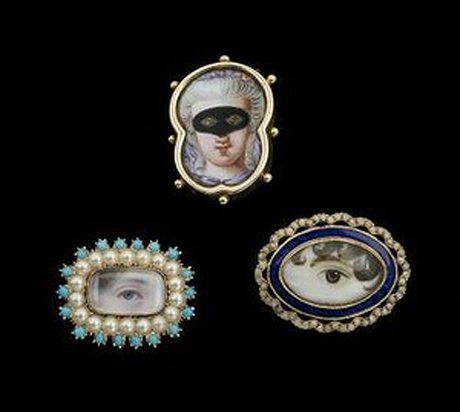 A Member of the Australian Antique & Art Dealers Association, Anne Schofield specializes in 18th, 19th and early 20th century fine quality jewellery, including Australian jewellery on which she has written the definitive tome.

She has been an antique jewellery dealer for over 44 years on Queen Street, Woollahra at Sydney. Well experienced in the trade, she has also exhibited at numerous fairs both nationally in Australia, as well as internationally. She has also had some extraordinary clients many of whom rely on her wondrous eye. During the early 1900’s modern cuts for diamonds, including the round brilliant emerged dazzling everyone with their light. This lovely brooch is of a type inspired by great jewels in the so-called ‘garland style’.

Swags, bows, tassles and trails of diamond set flowers that were light and insubstantial creations by Cartier, were received with enthusiasm by a rich clientele on both sides of the Atlantic. Inevitably, they inspired design for other jewellers.

They had finesse, especially when worn by the most fashionable women of their day showcased against delicate softly coloured silks; lilac, pink, yellow, mauve, straw and hydrangea blue.

From antiquity to the contemporary age in her Xmas catalogue Anne Schofield presents a superb selection of jewellery showcasing interesting subject material, fine execution, superb material choices and above all, the ability to relate and reflect the history of their times in an interesting and intriguing way.

The best of its kind in design, production and style, the selection includes from precious, rare and glamorous jewels to beautifully realised period pieces enabling you to find the right piece at the perfect price for your sweetheart. Any lady of fashion visiting Italy in the last fifty years of the nineteenth century would consider her tour of Rome incomplete if she did not call into antique dealer, goldsmith and jeweller Fortunato Pio Castellani (1794-1865), who pioneered the classical revival in his Roman workshop.

They would have found jewellery inset with Pietra dura, which is an Italian term for hard or semi precious stones such as agate, jasper, lapis lazuli etc., as distinct from marble stones.

Because of their hardness they were worked with instruments similar to those employed for cutting precious stones. The techniques were highly developed in ancient Rome, revived in Renaissance Italy and again late in the nineteenth century.

The Italian 18ct gold bracelet set with six pietra dure oval panels features floral motifs. All of the flowers representing the rose, tulip, daffodil, forget me not, lily of the valley and more, have their own symbolism, poignant at the time when a mounting interest in archaeology as Greek roman and Etruscan jewellery was being unearthed. Antique diamond butterfly brooch, the head set with a .50 ct diamond and with ruby eyes, the wings and body diamonds total 4.6 ct, detachable brooch, fitting for use as a pendant, courtesy Anne Schofield Antique Jewellery at Queen Street, Woollahra in Sydney

The imagery used is reminiscent of pattern books and herbals of the sixteenth and seventeenth centuries and many of the motifs can also seen in woodwork, needlework and decorative painting of the same period.

There is a lovely selection of ear bobs, bangles, bars, brooches and more, pieces like the stunning antique diamond butterfly on the front cover of the catalogue 2016, can also be used as a pendant. Set with old cut diamonds it has wondrous ruby eyes and made around 1880 at London, it is still in its original case labelled Hancocks, London.

Like its friends the butterfly, the ‘bee’ and the ‘dragonfly’, the animated and quite delightful ‘swallow’ who is swooping down, brings with it all the symbolism associated with the cycle of life; of joy and change, of beauty and grace.

He’s certainly my cup of tea and just perfect for Xmas, a traditional celebration of love. Kate Grenville in The Case Against Fragrance reports Rose, is acknowledging the negative impact of artificial fragrance on a significant number of the community