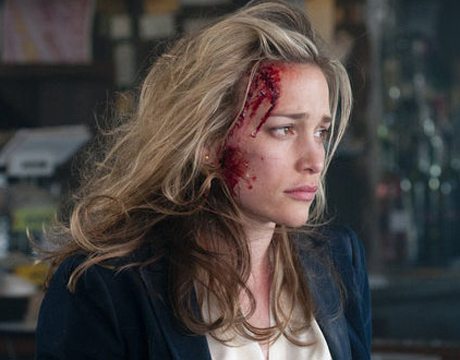 Goodness, how time flies when you’re having fun watching your fav TV shows. It’s a year since our first review of the television series Covert Affairs, the spy action show out of America about a career cover girl working undercover for the CIA. Annie Walker, aka Piper Peribo, who is posing as a Curator for the Smithsonian Institute while being heavily involved in all sorts of exciting clandestine affairs. Being involved in the arts has never been more fun. She has, for the first two seasons, had the fab Ex CIA special operative, the very cute heart-crusher August ‘Auggie’ Anderson aka Christopher Gorham as her guide and mentor in life. Their friendship and relationship has been built up to become the heart and soul of the show — just seeing how they reconcile their feelings for one another each week has gained a huge fan following.

Now in Season 3, reports our American correspondent, Covert Affairs has had an unexpected surprise and a shockingly explosive beginning, one that knocks everyone left of centre with the death of one of their closest colleagues. This means that everything is definitely set to change and as ‘change’ is the topic of the moment, we can only hope that all will be well. After this shocking event Annie and Auggie are both immediately re-assigned and so starts the season writers and producers hope will have us all on the edge of our seats. Annie has shown us up until now that she has all the abilities a good secret agent needs; endurance, tenacity, loyalty, courage, honesty, integrity, persistence and a firm conviction that she is on the right side of both the law and the truth. But what is truth when you are working for an agency that is all about telling lies? Sometimes the lines between their reality and fantasy can become blurred. And what if your reality is very different from everyone else’s, including your sisters ? 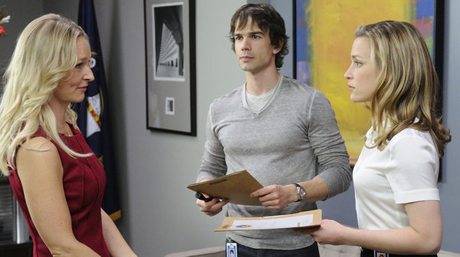 How do you know who your real friends are and if the love that you feel is real if that relationship has never been tested? 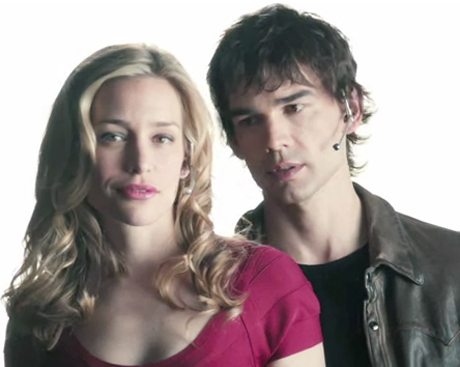 Well it seems the star-crossed Annie and Auggie are both destined to find out, but let’s hope the all new escapades and sexcapades they embark on don’t fail to keep them safe. In Episode 1 of Series 3 Annie and Auggie are now working for different departments and this will test their mettle and their former, and current set of skills, as both friends and agents on every level. In episodes 1, 2 and 3 already aired, the pace the writers are setting is a cracker.

“We owe it to the audience to remind them from time to time that there is real jeopardy here,” says executive producer Matt Corman when interviewed about the July 10 jaw-dropping season opener. “Working as a CIA operative has real stakes.”

Losing the very handsome Jai Wilcox (Sendhil Ramamurthy) has certainly been a ‘reality’ check for all the different heads of departments in the agency and its operatives in more ways than one.  Jai’s explosive death propels Annie into asking the questions that have been on her mind and these will be revealed in her behavior throughout Season 3. However, is she now going to make bigger mistakes than ever before? 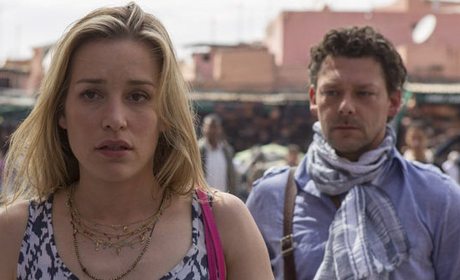 Annie embarks on an affair with her new target, the handsome  Simon (Richard Coyle), whom she bonds with while comparing ‘I’ve been everywhere’ passport stamps and when surviving a sandstorm together in the desert.

He’s a suspected assassin with a suspicious tattoo on his left rear shoulder, who certainly has a great deal of charm and seemingly many secrets and their suspected suspicion of each other is very appealing. He loves her brave leaping out into the storm and cleverness as she stuffs the exhaust pipe of the car with her top so that sand won’t stop it from re-starting. We also find out that she’s prepared to follow this mysterious man from Morocco to Munich in search of the truth shedding clothes, inhibitions and her once intact moral code along the way. Her much loved boyfriend in Season 1 it seems has entirely left the scene.

Auggie on the other hand, dealing with the stress and trauma of what has happened as well, is taking off for Africa to propose to his Peace Keeping girlfriend Parker, because he realizes time may just be running out for him as well. This becomes far more urgent after he and Annie are separated by bad guys when they go undercover together as man and wife.

Not being able to see what is happening around you in reality is problematic for this cute, but in reality blind CIA agent. Especially when negotiating Gaudi designed staircases. In episode 3 Auggie’s captured and taken hostage by pirates so he could be right about being near to death!

On a lighter note the job certainly has some sensational perks. The production in the first few episodes has already taken the cast to exotic Morocco, Puerto Rico and Barcelona, where the amazing architecture of Spain’s fav historidcal architect features, and “we have Moscow and the Dominican Republic planned,” says Corman’s fellow exec producer Chris Ord in a recent interview. “We’re also hoping to do Dubai. It’s a spy show; people expect to go abroad, and that we are able to is really exciting.”

There’s also a new strong woman on the scene, Lena Smith (Sarah Clarke) who is an all new sparring partner for Joan aka Kari Matchett, taking some of the heat of Arthur (Peter Gallagher), Joan’s husband and the beleagured head of the Department that they all work for. 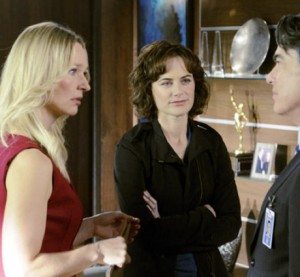 The new girl on the block is somewhat unorthodox in her approach and is busy ruffling a lot of feathers as people are pulled in all sorts of directions. Lena is ‘cool’ and unlike Joan asks Annie to work with her, not for her, and tomake her own choices. This seems to be empowering Annie’s confidence and abilities.

Will this ultimately lead to success or should operatives stay within the agency’s protocol and the rules that after all, they were put in place to protect them.

Certainly NCIS agents learned Agent Gibbs rules the hard way, so does this mean that our our CIA agents are still in their learning phase, with so much more to know before they can say they have ‘matured’? It will certainly help the producers to start all new story lines again? Can’t help thinking that the whole of this ten part season will hinge on that tell tale tattoo on Simon’s shoulder, which provides a point of interest for a huge arc in backstory telling. 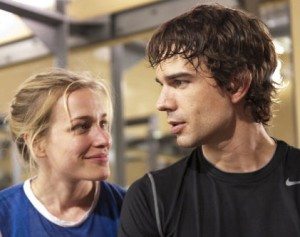 What was Jai trying to say to Annie when they met before he was eliminated? Successful TV shows out of America that have matured know now that having a huge back story that all the viewers for a while know more about than the characters, who do catch up at some point, is the way to keep the interest and each series alive and on air.

It is a formula proven to work, as does building important and sound relationships with their characters who are just as frail and even pathetic sometimes as the rest of us. We all get hooked, reeled in and landed, especially by career cover girl Annie’s new and raw emotional vulnerability.

So if you haven’t up until now it’s time to hop on board the Annie and Auggie show – Covert Affairs, the one trying to sort out what makes or breaks relationships, real or otherwise Season 3 is your chance.

Bring your antique and art treasures to be appraised by a savvy team of dealers in The Famous Spiegeltent, recently erected in the forecourt of The Arts Centre Melbourne. Antique Treasure Trove days will be held Saturday February 16 and March 16, 2013, commencing with the first session at 9:30…