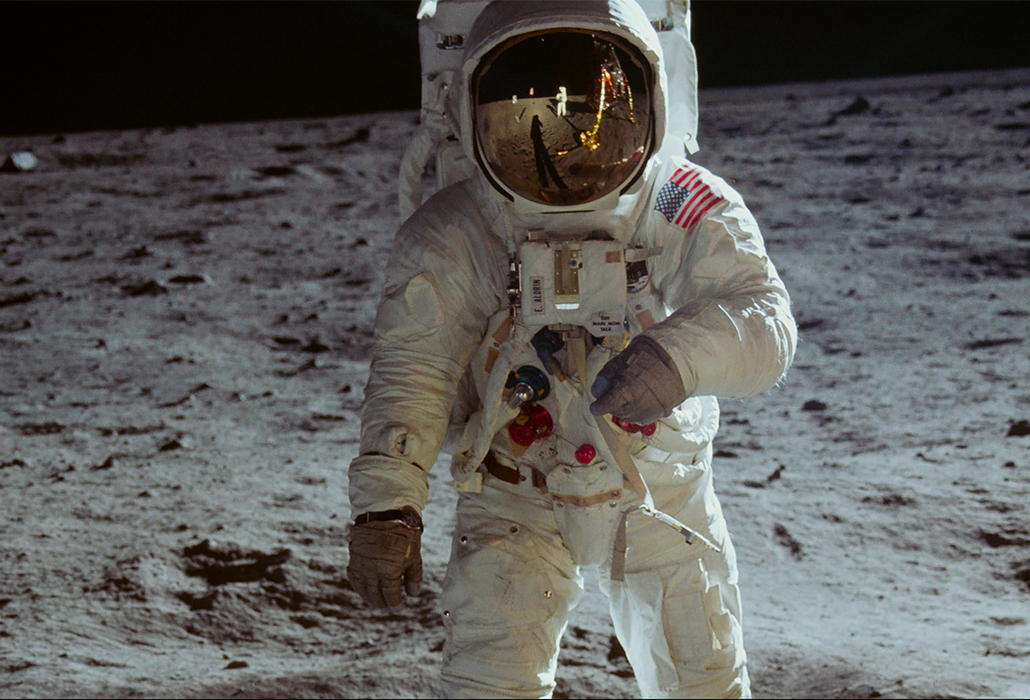 Humankind taking one giant leap forward and going to, and landing on the moon, is today not only one of our greatest achievements in the annals of world history, but also celebrated in a new documentary Apollo 11, which showcases sensational colour footage never seen before.

It scarcely seems possible to me it is half a century since I sat in my lounge room with my eldest son aged 9 months of age on my lap, watching the first man land on and step out onto, the Moon.  Not surprising to me, he’s been crazy about all things outer space ever since. 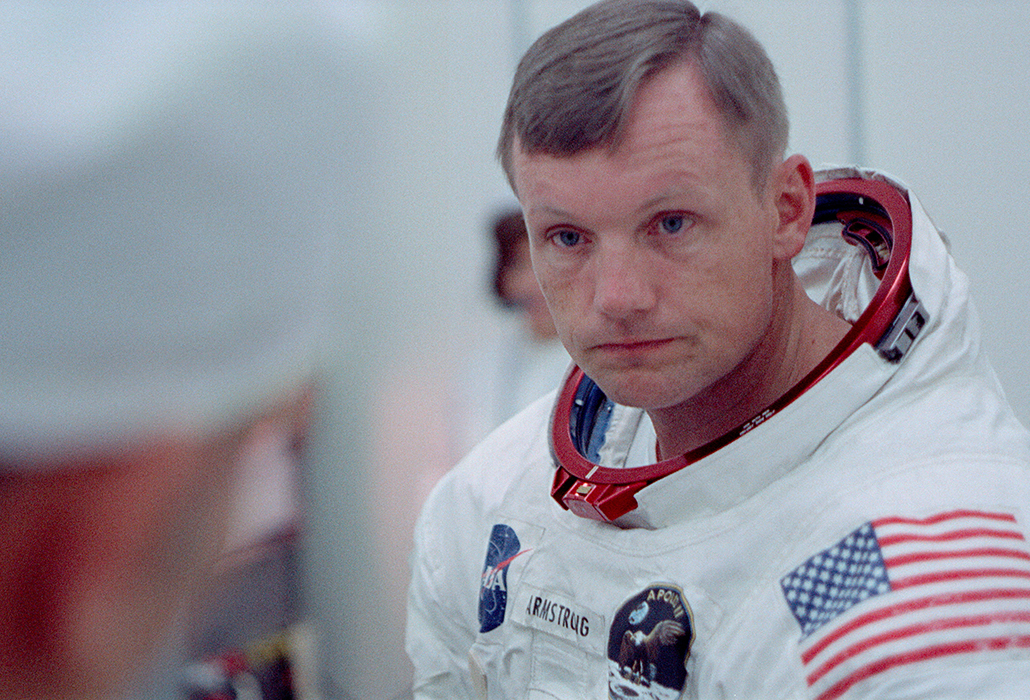 What a momentous event it was for all the world. An edifying and inspiring moment in time, which brought us together as one, as Astronaut Neil Armstrong took that first great step for man and a giant leap forward for humankind. 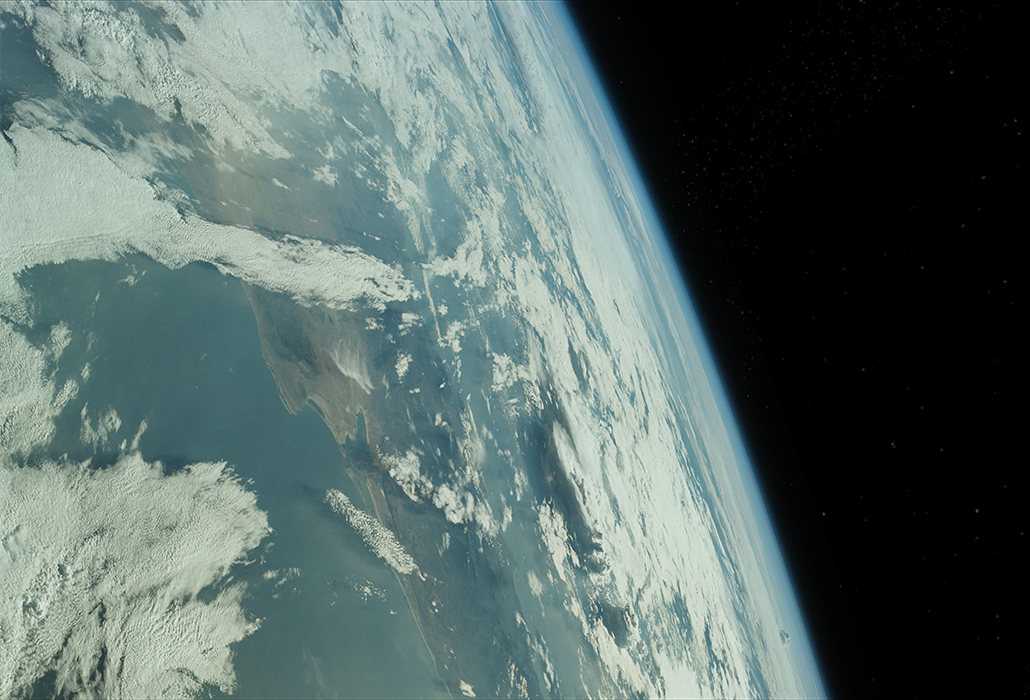 The new documentary Apollo 11, to be released  by Madman Entertainment in cinemas around Australia on July 17, including iMax, is a historically factual carefully considered and superbly presented document, which has been crafted from a newly discovered trove of 65mm footage, and more than 11,000 hours of uncatalogued audio recordings.

It tells the tale like no other, from the exciting launch at Cape Canaveral until the lim landing on the moon, where with conviction and courage astronauts Neil Armstrong and Buzz Aldrin stepped out into the unknown. 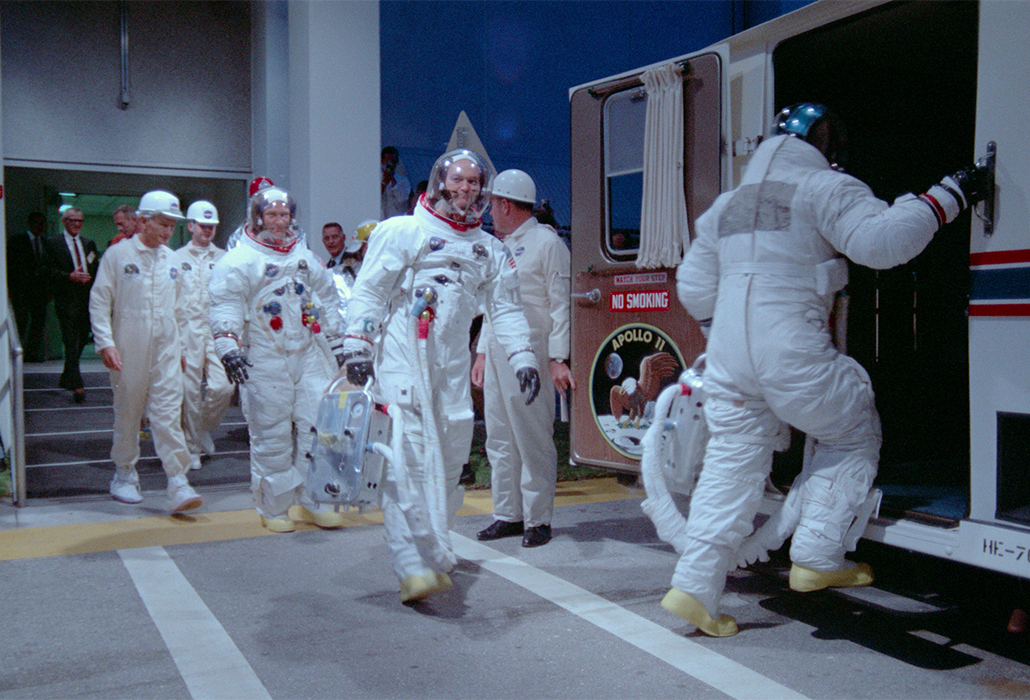 There is a fabulous electronic score, which sets off the action going down. There is no narration or voice overs, all the events the Director has dovetailed together so brilliantly, speak for themselves through all of those people involved.

Watching the three American heroes step off their shuttle bus to take the long elevator ride to the top of the tower built to give them access to the lunar module, lets us understand how high it really was to just begin the adventure, of what had been imagined for so long, as a futurist fantasy. 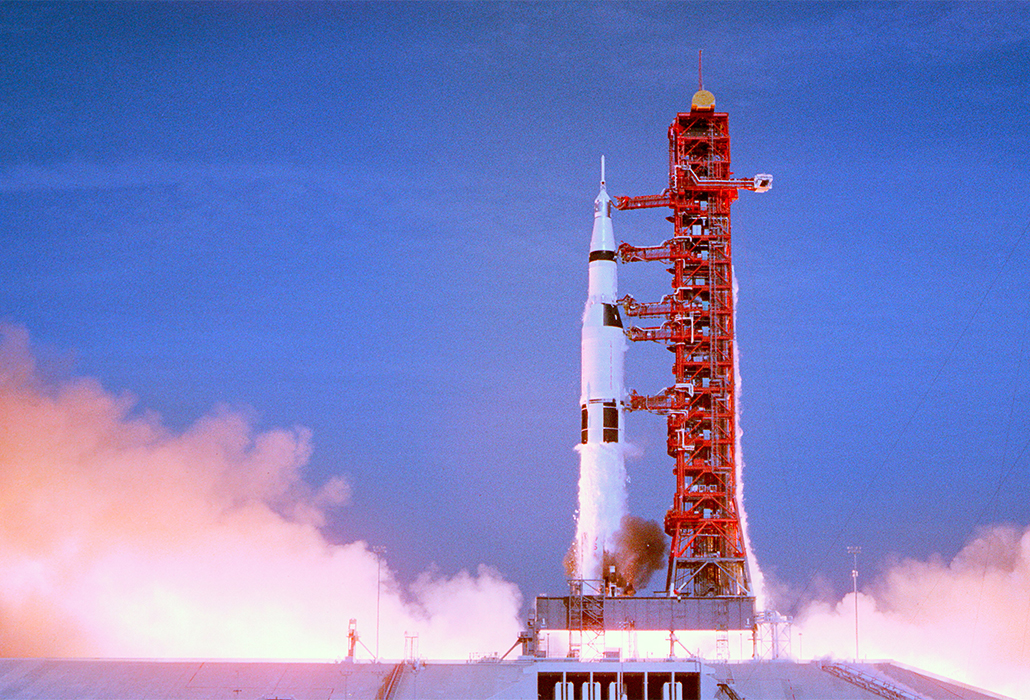 As I sat there watching the mighty Saturn rocket blasting off from the earth once again at the media preview, it took me back through the years to once again appreciating and understanding the sheer number of amazing personnel involved from when the idea was first conceived and then the plan, until making the moon landing not only became possible, but also happened.

Director Todd Douglas Miller superbly captures the thousands of people sitting at their computers in rows in various rooms at NASA, all those involved in ensuring the challenge to get the job done would become a huge success. Launching the astronauts was perhaps not as great a worry, as bringing them back home again. What a triumph it turned out to be. 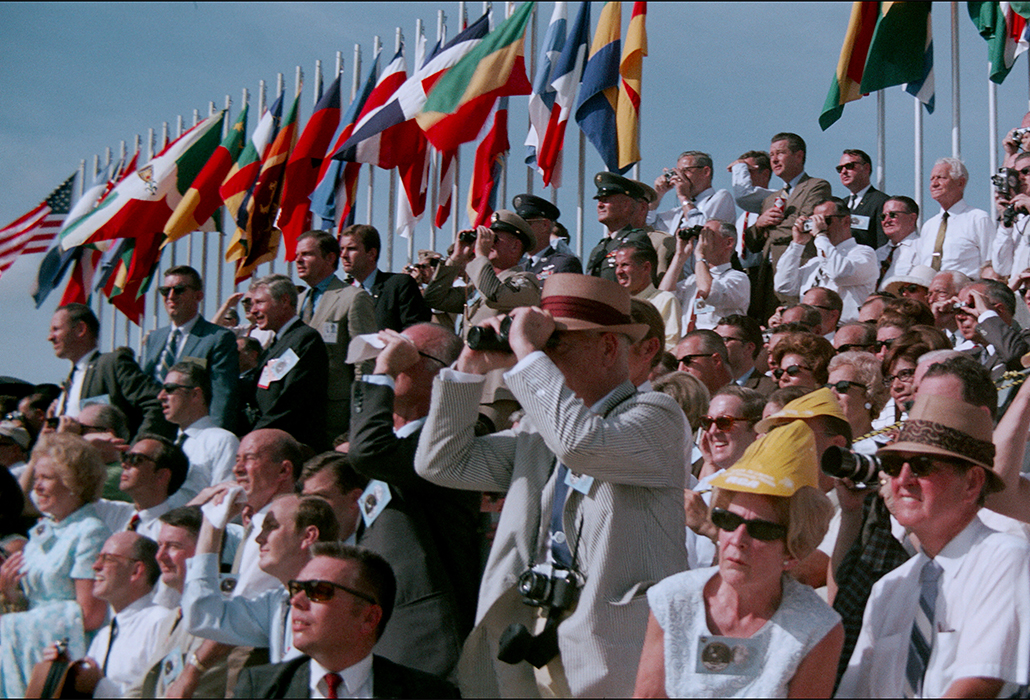 The colourful crowd who gathered nearby to NASA are all revealed dressed to the nine’s, the ladies in their sixties fashionable shifts with lots of beads and bouffant hairdo’s, while the men with a variety of sideburns and beaming smiles, pat each other on the back and trying not to look nervous.

Lots of flags flying in the breeze certainly helped produce a happy carnival like atmosphere, as the guests all watched the mighty rocket carrying its precious cargo, blast off into the unknown from a safe distance away. 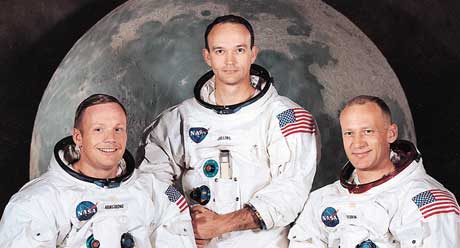 As astronauts Neil Armstrong, Buzz Aldrin and Michael Collins, thunder into the sky. you cannot help but feel your whole being rise to the occasion, knowing what an extraordinary feat it was, one only foreshadowed not quite a decade before, by President John Kennedy in his famous ‘going to the moon’ speech.

“We choose to go to the Moon” he said to a large crowd gathered at Rice Stadium in Houston, Texas on September 12, 1962, “… not because it is easy, but because it is hard”.  His goal realized in July 1969, with the successful Apollo 11 mission, four years after his own tragic assassination, shows just what man can achieve if he sets his mind to it. 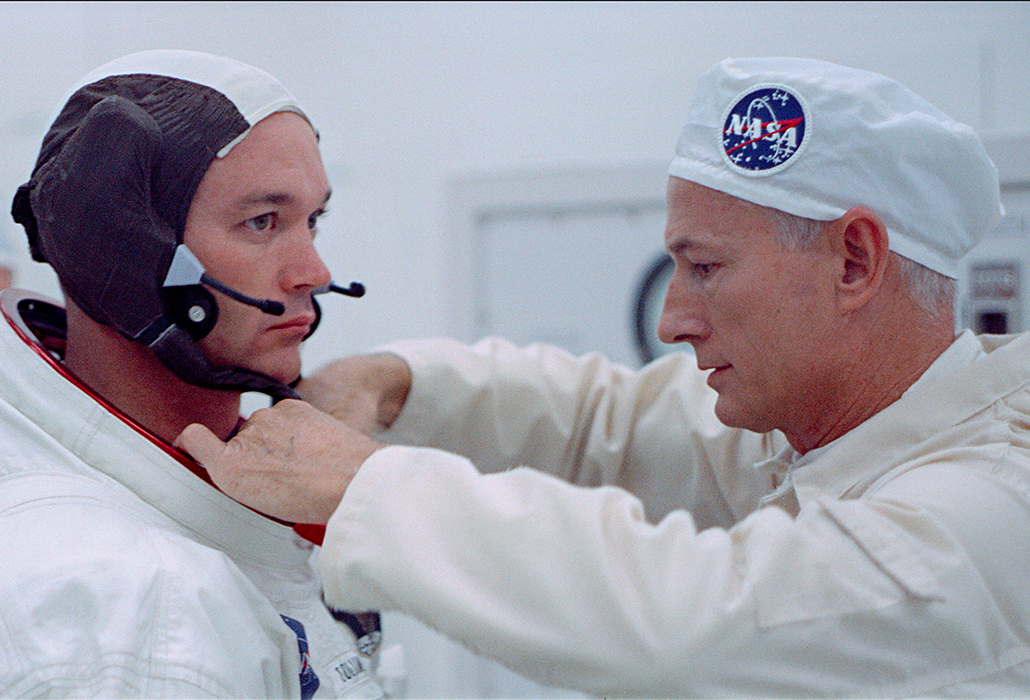 The story starts as the terrific trio are being dressed for the mission, with giant check lists to complete to ensure every contingency known of at the time, was accounted for, as we also watch flashbacks of their own family lives with still shots, to that point in time. 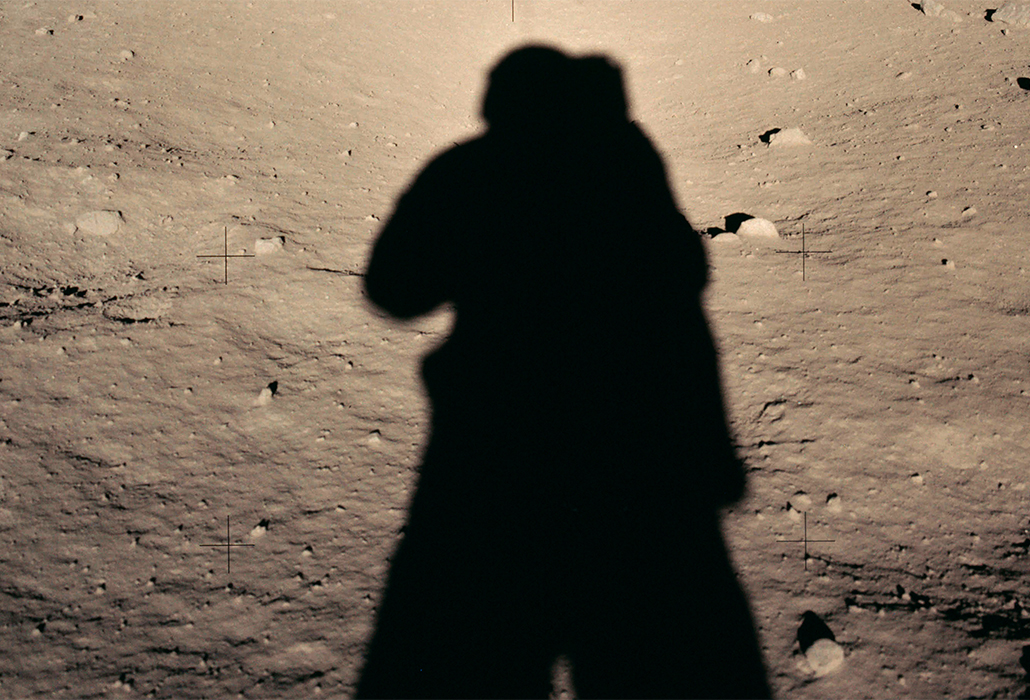 Every stage of the journey from Go for launch, to Burn for the Moon, the Mirror Image Manoeuvre, the Lunar Lift-off, the Rendezvous back with the Spaceship and the sight of the astronauts enjoying their ‘rotating restaurant’ in the sky, is a truly great privilege to share. 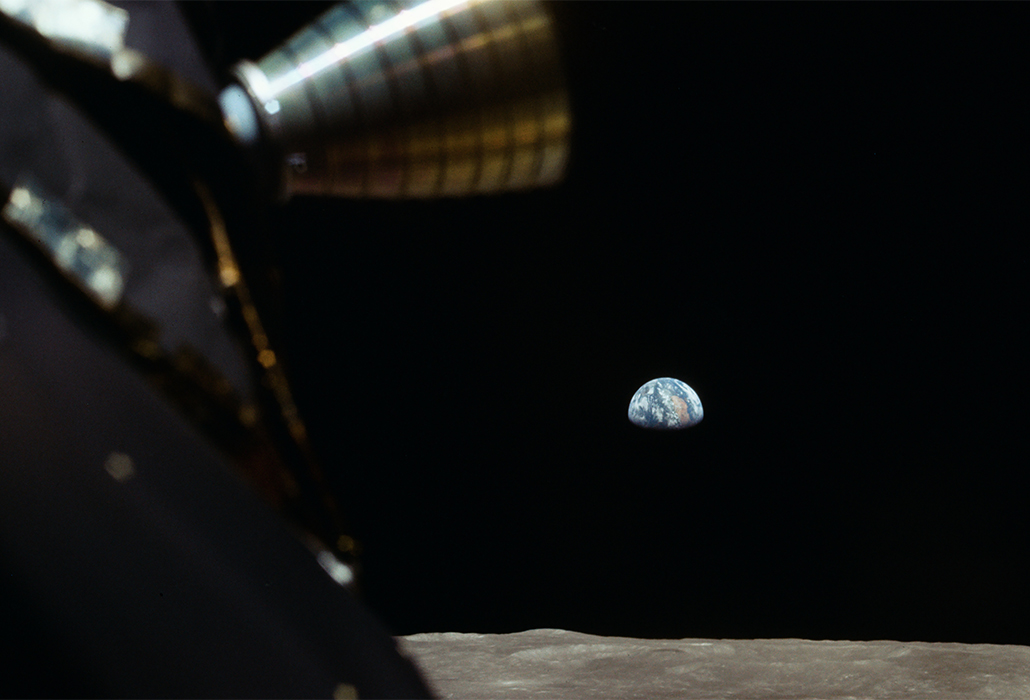 As the Director says…

“What started out as a simple editing exercise – could we tell the entire story of the mission using only archival materials – turned into a cooperative effort by an international team of experts to create the definitive work on Apollo 11 for the screen.

The remarkable discovery of a cache of untouched large format film and audio recordings added another dimension to the project: it was more than just a film now, it was an opportunity to curate and preserve this priceless historical material”.

Apollo 11 the documentary, is must for all who have an insatiable curiosity and who dare to dream of reaching for and attaining, the stars.