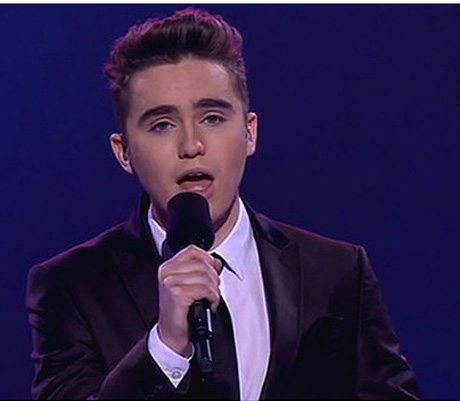 Music is at the essence of who we are and essential to the human spirit, the creation of a strong sense of place and an important aspect of community life. It is a powerful form of communication vital to our inner well being, its sounds imparting a rhythmic pulse to daily life.

The 2013 Australian reality talent show The Voice has found a winner after months of heartbreaking, motivating and inspiring competition, which has been rewarded with powerhouse ratings. Each of the four finalists had their own demons to surmount in order to render a great performance for the finale.

Like all competitions there could however be only one winner. 18 years of age, Harrison Craig is surely now savouring the sweet sounds of his success, one that begins an all new journey of discovery.

Mentored by Seal, a successful musician and singer on the world stage, Craig has a lot to look forward to, including a record contract that will assist him in broadening the depth and scope of his career. Their finale number together, He’s My Brother cemented the already strong bond and relationship that has developed between them.

Harrison Craig’s all new single is about when love is freely given – Unconditional. During the course of the show the very likeable Craig achieved an Australian first for a reality show contestant, claiming the top two spots in the iTunes singles chart, four of the top 20 songs and eight in the top 50. He went to No.1 with his original song More Than a Dream, which he dedicated to his parents.

Overcoming the speech impediment he has had since childhood in spectacular style, Craig like his fellow finalists Luke Kennedy, Celia Pavey and Danny Ross, experienced excitement, laughter and tears on a journey of transformation in performance art that saw them come to this grand conclusion.

However to go on and succeed now in the tough world of the music business is yet another story all together. Craig and his contemporaries will need to continue to surmount the personal issues and challenges that rise up on a daily basis in anyone’s life, as they chart their way through yet unforeseen good and rough times ahead. Delta Goodrem, Joel Madden, Seal and Ricky Martin, who all have huge experience in the tough musical world they have chosen, together with their coaches helped each of the four finalists hone their ‘voice’ as you would finely tune a musical instrument. The bonds they forge with their artists are also integral to their own growth process.

From rock to country, from folk to opera, from rap to jazz, this year’s entrants, the four finalists, their mentors and coaches together took the show to an all-new level of excellence. 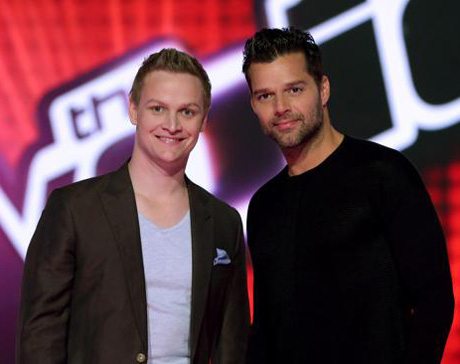 Award winners and performers in their own right, the coaches combined to provide the very best of advice, constructive criticism, empathy and encouragement to their charges, who still face a long and winding road if they wish to reach the pinnacle of their potential and fulfill their wildest dreams.

Luke Kennedy, mentored by hearthrob pop star Ricky Martin, had a voice that would be equally at home in an opera chorus as in the world of popera music. It was not surprising to learn that he was once a member of group The Ten Tenors, who regularly perform the music of love and life, opera.

I was reminded that Lyndon Terracini, Artistic Director of Opera Australia had said in his Peggy Glanville-Hicks address in 2011…“Just because a painting or a performance is popular does not mean it is inferior. On the contrary, the greatest works of art are enormously popular”.  It helps aid their conservation, benefiting contemporary society

An integral aspect of a wider international franchise, The Voice with its team mentors, blind auditions, battle rounds and live performance shows has proved increasingly popular with the wider public. One of its great pluses is that The Voice introduces many different types of voices to a young contemporary audience, who may have not encountered them before.

Celia Pavey 19, championed by Delta Goodrem, was a great advocate for folk music, most especially ‘Celtic’ music. Her rendition of Simon and Garfunkel’s Scarborough Fair was memorable.

If ever a discipline integrated the unconscious and emotional aspects of the mind with the intellectual and physical movement it would be music.  And, its choice is so deeply personal. His formative life and travel experiences as well as his time on The Voice helped him to choose the path he now wishes to take, which is very different from his early start as a classic guitarist.

Their finale rendition of Pompeii together was on fire!

Singing communicates ideas and feeling that has an influence in every culture and age. Great voices reflect all that is good about Australia, its music, its life and its culture today. We are all connected globally by the sounds of our society.

The winner of The Voice 2013 Harrison Craig has entered the realm of performance art, which provides the soundtrack for our nation – his voice was compelling, captivating and exhilarating.