– Pop to Popism, now running until 1st March, 2015. 200 works exploring the origins of pop art, including Triple Elvis from the pop art prince himself Andy Warhol, King of  people’s perceptions. Also included are Australian artists – including Martin Sharp, Howard Arkley, Brett Whiteley and Maria Kozic revealed with their international peers. Exclusive to Sydney this show has come from 45 lenders all over the world, embracing the worlds of advertising, movie stars and pop music. You can win a trip to New York, watch videos and join into a great program of events. Art Gallery NSW Sydney International Art Series. Charges apply, free to children under 5 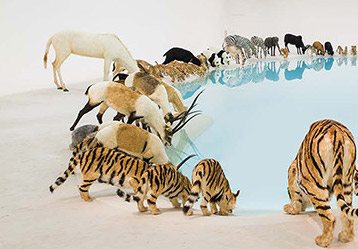 QAGOMA – Brisbane, presents Cai Guo-Quiang: Falling Back to Earth a spectacular vision by an extraordinary artist about our relationship with our earth and each other. The centrepiece includes replicas of animals from all over the world drinking together from a pristine blue lake which the gallery has acquired as a permanent installation. This is the aritst’s first solo show in Australia, exclusive to GOMA. Charges Apply 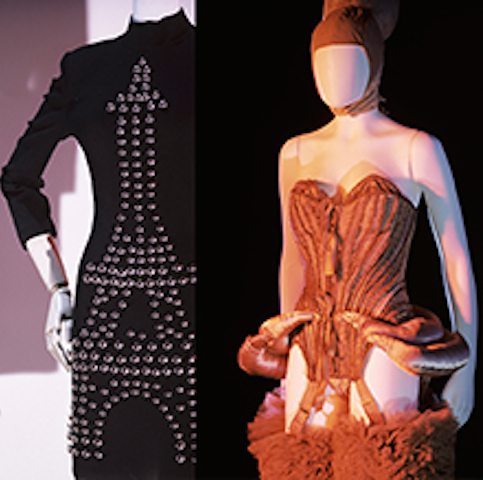 Art Gallery South Australia – Adelaide presents Fashion Icons: Masterpieces from the Collection of the Musee Des Arts Decoratifs, Paris until 15th February 2015. Win a trip to Paris, as you explore the history of luxury and sumptuousness produced by legendary couturiers including Cristobal Balenciaga, Christian Dior, Gabrielle Chanel, Yves Saint Laurent, chosen from the Parisian collection by chief curator Pamela Golbin through some 90 + garments on display. Treasures of the Jewish Ghetto of Venice at Art Gallery of Western Australia – Perth, until March 2015 has an extraordinary group of liturgical valuables. They represent the traditions associated with their religion, designed and manufactured by the silversmiths of Venice who were Jewish. Their bronze-casting skills lay buried and forgotten. They were found in area, now known as a ‘ghetto’, that the Jewish people were forced to live in under the Venetian republic, restricting their rights. They came to light a few years ago during a restoration of the Spanish Synagogue at the heart of community life and culture in Venice today. NGV International – Melbourne presents Fashion World of Jean Paul Gaultier: From the Sidewalk to the Catwalk until February 6 is the blockbuster show presenting 140 garments from the the unconventional irreverent designs of living fashion treasure Jean Paul Gaultier. From garments worn by Kylie Minogue, Beyonce and haute couture dresses worn by Nicole Kidman, this is an outstanding and groundbreaking exhibition. presents Express Yourself! Romance was Born for Kids an interactive highly motivational cafe of magic for kids bringing fashion and creativity together in a fun way. Children are required to express themselves in a multimedia environment. It all adds up to family joy all created by Anna Plunkett and Luke Sales