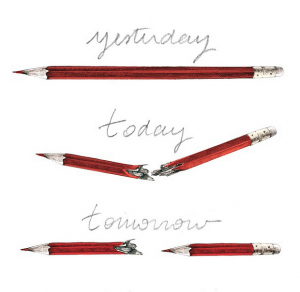 Over the past week with all that has happened in Paris we are being besieged by cartoons in print and online, as those who have artistic talent to help prove the solidarity of the west in the war being waged against freedom by others.

Creative people everywhere are helping bring about the changes required to not only preserve the promise of liberty, equality and fraternity but also herald the message to all of how important it is we remain free and invite those who are not to join in.

The pencil or stylographic pen are in many ways impotent tools, peacefully and plainly making a statement clear and evident to the eye, providing a manifestation of truth. 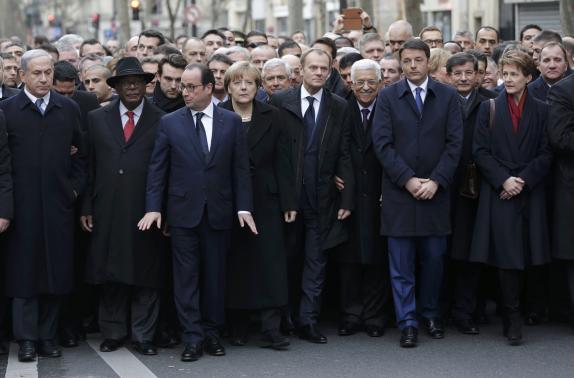 The long list of those attending included 45 dignitaries helping to claim the publisher’s rights to express their views. It was an atmosphere of solidarity in Paris, a place where making first and lasting impressions matter. 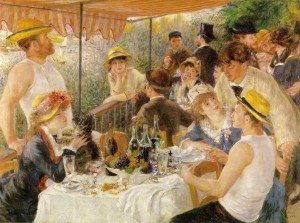 French artist Pierre-Auguste Renoir (1841-1919) was part of the ‘impressionist movement and his depiction of a group of his friends on the balcony overlooking the River Seine at the Maison Fournaise in his famous work Luncheon of the Boating Part  reflected a poignant moment in time. This was when intelligent people knew that in order to shape the world we must all learn to work together to change human behaviour for the greater good. All identifiable, they embodied the art of Modernism that in his age was continuing to eagerly advance, as it is now, the French Revolution’s promise of Liberté, Egalité, and Fraternité.

We must openly admit in the west that while our democratic system may not always be perfect, it is all about respecting human frailty and encouraging our constructive participation in creating a better life. 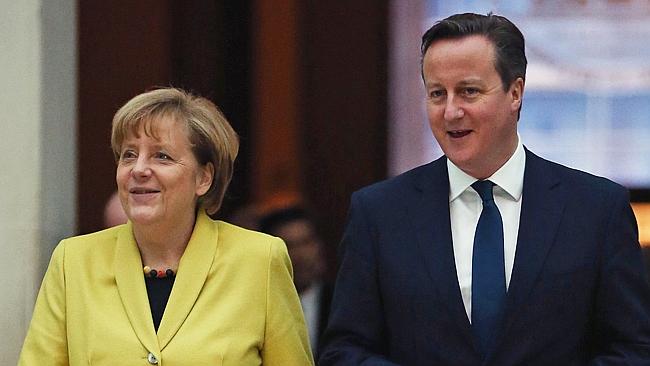 It’s all about love and forgiveness conquering fear. This aspect is nothing to do with, art or religion, but an assertion of human freedom and about encouraging us all to be the very best that we can be for ourselves, our families and fellow citizens everywhere.

Making friends and laying the dust of dreadful deeds perpetrated in times past with old enemies, is an integral part of the process. Lighting candles during a rally in support of the victims of the attack in Paris, January 2015

Importantly while mourning and making our point collectively, we must also continue to celebrate beauty and the best aspects of the life we enjoy. We need to give many more people suffering in dreadful circumstances hope through inspiration. 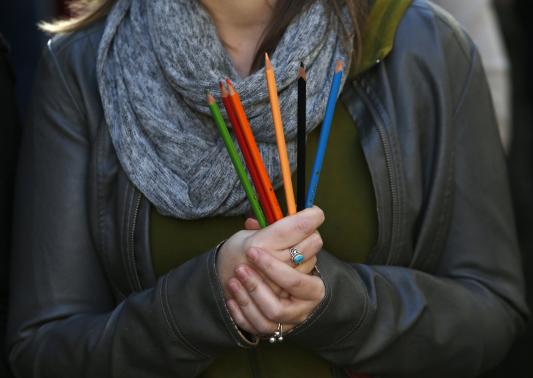 A woman in Valletta holds pencils during silent protest and tribute to victims of terrorism in Paris, courtesy REUTERS, photo Darrin Zammit Lupi

‘In every human society of which we have any record, there are those who teach and those who learn, for learning a way of life is implicit in all human culture as we know it.’

Bullying on any scale, individual or collectively must never be allowed to prevail. Creativity can breakthrough as an immediate response, and we now have many great examples to learn from. 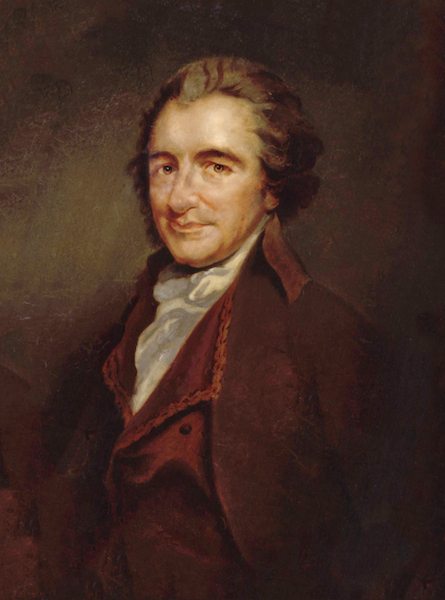 Thomas Paine – the Rights of Man

English-American political activist, author, political theorist and revolutionary Thomas Paine (1737-1809) wrote a very simple and powerful prelude to his book ‘The Rights of Man’ in 1791-2, a period when the western world was on the brink of great social and cultural change.

At the time he was very alone with his idea that in order for humankind to arrive at a point where they truly have freedom they must first practice true forgiveness. It had a huge snowballing effects on the fight for freedom that have lasted ever since.

He said: I present you a small treatise in defence of those principles of freedom, which your exemplary virtue hath so eminently contributed to establish. That the Rights of Man may become as universal as your benevolence can wish, and that you may enjoy the happiness of seeing the New World regenerate the Old, is the prayer of

Your much obliged, and
Obedient humble Servant,
THOMAS PAINE

Thomas Paine was talking about true ‘human rights’, which he knew to be an ancient concept developed nearly six centuries before the Christ event during the reign of the Persian King Cyrus, the Great (559-530 BC) who provided a bill of basic human rights written in clay on a cylinder. King Cyrus’s cylinder encouraged freedom of worship throughout the Persian Empire and he also allowed deported people to return to their homelands.

The Cyrus Cylinder exists today as a symbol of tolerance and respect for different peoples, different cultures and different faiths.

It is revered because of its qualities of tolerance and respect, which were as life changing in their day as those that happened during Thomas Paine’s lifetime. After the Luncheon, Pierre-August Renoir,

Renoir led the development of the impressionist style in his era as part of modernism.

A celebrator of beauty he joined forces with his friends to convey the mood of France’s social structure during the second half of the nineteenth century.

This was a concept that had eagerly been accepted by followers all around the world, who loved not only the theory surrounding the idea, but also the reality of what embracing democratic freedoms meant for their future and that of their families.

At that point they had enjoyed nearly a century of liberty.

Just as Renoir struggled with his earnest application to excellence taking one step forward and one step backward then so must we….

He noted “… the enormous expenses I’m incurring prevent me from finishing my picture, it’s still a step forward…

And ended insightfully “…one must from time to time attempt things that are beyond one’s capacity.”*