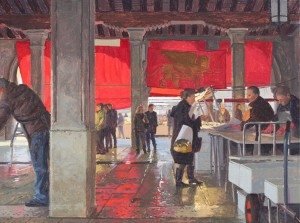 Artist David Henderson will show his latest works from the 23rd August to the 1st September 2013 in the Graydon Gallery, New Farm at Brisbane. David returns to Venice annually to immerse himself completely in the atmosphere of the eternal city where colour and light enriches the centuries old architecture and reflects in the shimmering waters of the lagoon. The Rialto fish market, which he captures so delightfully has been dubbed Cuore Della Cita, or heart of the city, the bounty of the sea displayed in a centre that buzzes with life. 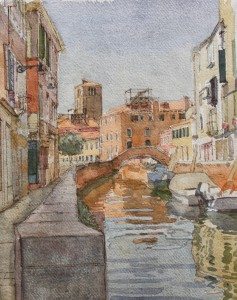 This most romantic of all cities weaves its magic on all those who visit. It’s especially hard not to leave a part of your heart behind as you enjoy its appealing atmosphere and truly scrumptious culinary delights. Amazingly colourful at carnival time, Venice’s extraordinary history has included dark as well as uplifting moments. It has managed to remain free of the hustle and bustle of the rest of the civilized world and David spends hours sketching and coaxing its colours and rich tones to reveal themselves to him in a myriad of ways. 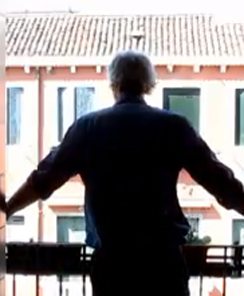 Having started his life studying architecture, David Henderson is most interested in great public spaces. He also spends hours watching the sun dance across the lagoon, chasing the light as it dances across its ever shimmering surface, or as it moves up one of the canals where gaily striped poles for securing gondolas are reflected. This year David also visited Jerusalem, an entirely new experience. Visit David Henderson Exhibition 2013: Graydon Gallery, 29 Merthyr Road, New Farm Brisbane, Queensland August 23 – September 1 from 10am to 5pm daily or by appointment – Contact Phone during show: (07) 3254 2325. Watch David’s Video – Painting at Venice