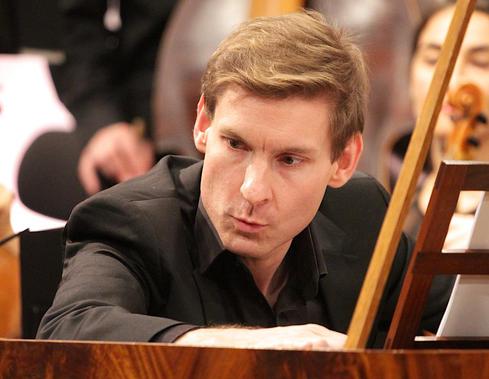 During this already rich season of both diverse and virtuosic works, the Australian Brandenburg Orchestra (ABO) for their fourth concert of 2015 will welcome UK resident forte-pianist Kristian Bezuidenhout (b.1979-) to direct, conduct and play, Sydney and Melbourne 9 – 19 September, 2015.

Supported and showcased by the top-notch talented musicians of the ABO, this should prove to be yet another memorable early music event on the rich panoply of sublime music making in Australia for our modern age.

A leading interpreter of Mozart with both vigour and vitality, Kristian Bezuidenhout explained “My love of the music of Mozart started with the movie Amadeus,” said Kristian. “I saw that film when I was quite young and it just blew me away… melodies …so nuanced… so memorable, I… couldn’t get them out of my mind.” Born in South Africa, Kristian Bezuidenhout began his studies in Australia and after mastering the modern piano travelled internationally to further his studies, turning to embrace early keyboards. He explored the difference in sounds when works written specifically for the earliest style of fortepiano were played on the original instrument.

Invented by Bartolomeo Cristofori around 1700 and with his passion fusing with its sounds, he decided to specialize in works for this handsome instrument. Described contemporarily as a “gravicembalo col piano, e forte“, a harpsichord with soft and loud, the fortepiano was the forerunner for ‘the highly complex action of the modern piano’, which may be traced directly to Cristofori’s conception.

With its black keys highlighted with white keys it was truly a ‘grand piano’, expanding the earlier instrument’s range and three instruments by Cristofori still survive. One at the Metropolitan Museum of Art in New York City (1720), the second at the Museo Strumenti Musicali in Rome (1722); and third in the Musikinstrumenten-Museum of Leipzig University (1726).

Today Kristian Bezuidenhout is considered the instrument’s finest exponent in the world and he happily accepted Artistic Director of the ABO Paul Dyer’s invitation to play and direct series 4 on this year’s program.

The Times in London said of Kristian Bezuidenhout he “…is a prince of the fortepiano, making it sing in melodic phrases as no other practitioner of this intractable instrument has done…” and will provide a poetic rendition of both Bach and Mozart’s works.

Bezuidenhout was 21 when he gained international recognition, winning the judges and audience first prize in the Bruges Fortepiano Competition.

Since then he has gone from strength to strength, building an impressive body of works and reputation for excellence in his field. Bezuidenhout’s 2014/15 performances, include appearances Europe, England and America with recital performances in New York, London, Wroklaw, Salzburg, Barcelona and Frankfurt.

In exploring works by two of the mighty composer Johann Sebastian Bach’s bevvy of boys, Johann Christian Bach with his Symphony in G Minor, Op. 6 and Wilhelm Friedemann Bach with the Sinfonia in Di minor (Adagio and Fugue) F.65, Bezuidenhout will expose the influence their works had on Wolfgang Amadeus Mozart (1756-1791) through his Mozart’s Piano concerto in D Minor No. 20, K.466 and sublime Symphony No.36 in C major Linz, K425. 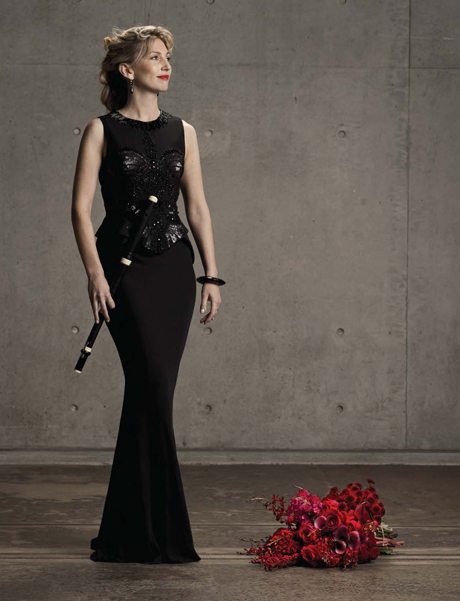 ABO star flautist Melissa Farrow playing on her gloriously mellow authentic period instrument, will feature with Bezuidenhout in between these two brilliantly as they perform together Mozart’s too divine Andante for Flute, K315

Johann Christian Bach (1735-1782) the youngest of the renowned Johann Sebastian Bach’s sons, was a contemporary of Mozart although some 19 years his senior. Known as the ‘English Bach’ Johann Christian became composer to the King’s Theatre in London in 1762 and music master to Queen Charlotte, George III’s wife and her children and his music was both sensitive and imaginative.

His Sinfonia in G major Op. 3 No. 6 was composed during his ‘Italian phase’, when a visit to Italy apart from feeding his soul, found him abandoning his family’s more solid and traditional Lutheran faith to embrace Roman Catholicity. Style wise this certainly gave Johann Christian much more room to cope with building on the grand manner in his musical style.

There have been many other youngsters since Mozart who have played an instrument adroitly. Although by eight years of age he was already an accomplished piano, organ and violin player with an extensive knowledge of musical composition; his musical genius knew no boundaries.

Mozart arrived in London just past his eighth birthday, inciting wonder among the British “culturati”. There he met many musicians who would wield an influence on his youthful impressionable genius, none more than Johann Christian Bach.

Mozart came to admire and respect his mentor both musically and personally. His sister Nannerl later remembered fondly when the ‘music master of the Queen allowed her brother to alternate with him as they played a few measures together. “ Unless you saw it with your own eyes, you would swear that just one person was playing” she wrote. Kristian Bezuidenhout explaining the merits of the fortepiano

Wilhelm Friedemann’s Sinfonia in D minor comes from a perhaps little known member of the talented musical Bach family, uneasily straddling the solid style learned from his famous father and the new more expansive and innovative musical style emerging at the time, which we now term ‘classical’, of renowned excellence.

It seems that poor old WF may have pressed far too many temperamental buttons in his day, often becoming embroiled in issues surrounding his duties as an organist in Dresden, where he was also active in court chamber performances.

The work was commissioned from him likely to have been produced to be played first during the Mass, later also being played to open a ‘birthday cantata’ for the Prussian King Frederick the Great in 1755.

It has been described as having ‘extremes of contrast’ starting with stealth and ending up soaring Handel like into the stratosphere, including some of the tightest ‘strettos’ in the business; one voice imitated by a myriad of others increasing the textural intensity of the musical narrative.

Mozart had enormous feeling for both form and beauty of sound, which when combined with fantasy and poetry produced a legacy of works wide ranging in their influence on others as well.

His Piano Concerto in D Minor No 20, K 466 perhaps his most famous piano Concerti, composed in 1785 at the height of his career, also impressed Ludwig van Beethoven, who kept it in his repertoire.

Within the scope of three movements, it dazzles with its overall scope and brilliance. His father approved its success as he was the man who from the day his son was born, masterminded the establishment of his brilliant career.

In the first movement it is lyrical, passionate, tender and romantic, painting many pictures in the mind of a place where beauty and peace can reign before exploring in the second movement the contrast of turbulence before in the third, returning to the source. During this final movement superb ‘solo piano rippling’ precedes the orchestra replying by livening the mood and developing gradually into a Mozartian jubilant D major finale.

Mozart Symphony No. 36 in C major Linz K 425, known as the Linz Symphony was written in just four days to accommodate Count Thun, whose daughter in law was one of Mozart’s Viennese piano pupils.

The Count wanted to present a new work of Mozart’s at a concert, which premiered on 4th November in 1783, then in Vienna on April 1 1784.

The result reflects the ‘therapeutic effect of the elegant hospitality and cheerful surroundings’ Wolfgang and his brand new wife Constanze were enjoying on their honeymoon trip between Vienna and Salzburg, so that he could introduce her to his formidable father.

Mozart wrote that ‘When we arrived at the gates of Linz, a servant was standing there to conduct us to the Old Count Thun’s, where we are still living. I really cannot tell you how they overwhelm us with kindness in this house. On Thursday, the Fourth of November, I am going to give a concert in the theater, and, as I have not a single symphony by me, I am writing away over head and ears at a new one, which must be ready by then’. Full of chromatic passages and flexibility of texture’ previously unknown and with a ‘sturdy minuet’ that should ensure everyone wants to get up and dance out of the Melbourne and Sydney recital halls, Mozart’s Linz will provide a fabulous and fitting finale to Kristian Bezuidenhout’s guest appearance.

The Australian Brandenburg Orchestra, heralding the arrival of Spring with Kristian Bezuidenhout on fortepiano, in fine and fabulous style.

Before the Flood, a documentary by Academy award winning Americans Leonardo DiCaprio and Fisher Stevens, is a call to action about the reality of climate change