Considered ‘one of the most exciting period instrument ensembles in the world’ the Australian Brandenburg Orchestra (ABO) has achieved a great deal in the 25 years since Artistic Director Paul Dyer and co-founder Bruce Applebaum, who is General Manager, founded what has become one of Australia’s leading and crowd-pleasing favourite musical institutions.

They have brought their passion and goal of achieving renowned excellence to an artistic highpoint year after year. The unique and very special program they have put forward for the 2014 ‘Silver’ anniversary subscriber season, should have ‘everyone roaring for more’.

Management are renowned for listening carefully as they nurture and respect a ‘precious jewel’; the works of the composers they champion. They are inspired and motivated by the players and their passion and the enormous energy and enthusiasm of everyone involved.

Bringing Baroque and Classical music masterpieces from the 16th, 17th and 18th centuries to life with both style and grace, the Australian Brandenburg Orchestra, who play on period instruments under the leadership of maestro Paul Dyer, have planned a season in 2014 that will celebrate the wealth of ‘cultural and musical richness’ we now enjoy in Australia.

The program will feature two of the orchestra’s own ‘gorgeous’ musicians. On the period harp Marshall McGuire and on the period flute the incomparable Melissa Farrow, who wowed everyone in the 2013 season when she played with Italian virtuoso violinist Stefano Montenari.

McGuire and Farrow will joyously perform Wolfgang Amadeus Mozart’s wonderful Overture to “Lucio Silla”, the Concerto for Flute and Harp K299 and Mozart’s famed Symphony No 41 in C Major, the Jupiter K551. Wow.

Superstar next gen musicians showcased in this amazing season will include internationally renowned young Israeli virtuoso Mandolin player Avi Avital and the rare and wonderful Russian baroque violinist and countertenor Dmitry Sinkovsky , whose trademark style is full of explosive energy.

Australian Composer Elena Kats-Chernin (1957-), who masterminded the memorable music for the Sydney Olympic Games Opening Ceremony in 2000, has been commissioned to write a piece to mark the landmark occasion to be featured in the first ‘Magnificat’ concert of the year.

Her work will be in homage to one of the most admired of all Baroque music composers the German born organist, harpsichordist, violist, and violinist Johann Sebastian Bach (1685-1759). 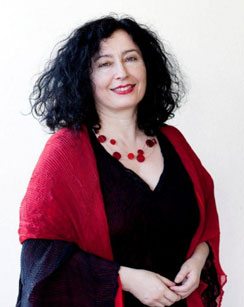 Fifty spirited musicians making marvelous music together with love should prove a sterling way to start to an anniversary that will be brimful of beauty and style.

It will be a triumphant emotionally charged and joyous event layered with textural richness, wonderful rhythms, intellectual depth, technological brilliance and artistic charm.

18th and 19th century composers combined philosophical thought and musical aesthetics in order to render and translate into music the passions, preferences and affections of modern man.

They produced music that was all at once, witty, delicate, poetic and delightfully decorative. It was a joyous celebration of life with proportion, harmony and clarity admired.

It’s much the same today only the way the notes have been arranged have changed. Avi Avital is one of those musicians who inspire everyone around him as he re-invents the body of classical repertoire for the mandolin with ‘exquisitely sensitive playing’.

He was the first mandolin player to receive a Grammy nomination.

The program of music selected for his concert offers works that will showcase what the New York Times described as his stunning agility playing “everything you never dreamt a mandolin could do. Truly breathtaking in both virtuosity and dedication.”

His repertoire includes commissioned works as well as those by composers ‘Red Priest’ Antonio Vivaldi (1678-1741) with his trademark flaming red hair, the Austrian Johann Nepomuk Hummel (1778-1837) and Hungarian Béla Bartók (1881-1945).

For the Brandenburg Avi Avital will play among others the Canon and Gigue by German composer Johann Pachelbel (1653-1706), the wonderful Sonata Op 2 no 2 á 5 in C Major by Tomaso Albinoni (1671-1751) alongside Bartok’s fiery Romanian Folk dances and an exuberant and emotional Danse Espagnole by Spanish composer Manuel De Falla (1876-1946).

In the early part of the 20th century De Falla achieved a ‘fusion of poetry, asceticism and ardour’. He lived in Paris after 1907 where he met Claude Debussy, Paul Dukas, and Maurice Ravel (whose orchestration influenced his own) and its where he published his first piano pieces and songs.

The Danse Espagnole comes from his opera La vida breve first produced in 1913 at Nice. The concert with Dmitry Sinkovsky the Russian baroque violinist should provide great interest.

It will be an explosive concert with a powerful performance as Sinkovsky plays one of Vivaldi’s most difficult concertos on his original Francesco Ruggeri violin made at Cremona in 1675.

Sinkovsky will also break into song in between his violin adventures in style because he is also known as a gifted and very unique singer. He  has a beautiful countertenor voice, enjoying a parallel career as a very fine singer soloist. The Mozart concert with Marshall McGuire and Melissa Farrow should be another triumph in a season that promises many.

Mozart’s last symphony with the mythological name of Jupiter is considered a masterpiece.

It’s a conceit, a piece that Mozart composed without receiving a commission to do so, a rare event.

That is to say musical scholars have found no evidence of a commission to date so perhaps he hoped to sell it or play it on a forthcoming tour he wanted to make back to London where he had visited first as a child.

It’s considered to be quite complex; it’s mood changing from serious, to stately and on to strident, as it helped secure for its composer his ‘eternal position within the realm of the masters’. One of the great highlights of the year will be available to Sydney subscribers only in October.

Ottoman Baroque will feature a creative musical meditation meant to sweep subscribers along their own famous ‘Silk Road journey of sounds that were part of a rich tapestry of life at the court of Sultan Mehmett II.

Five of Turkey’s most venerated traditional musicians will appear alongside the Orchestra as the Brandenburg Choir of chanters build the music to a crescendo that will climax with the arrival of the spellbinding and mystical Whirling Dervishes, The Brandenburg Choir has gained its own prominence and their CD recordings consistently gain rave reviews from critics and they have been awarded five Arias for the best Classical album in Australia.

They will come together again in December with the orchestra to present Noël! Noël! a Christmas treat with a twist suitable for all ages

Medieval carols, Gregorian chant, French and German hymns, Christmas songs including many favourite carols will ensure the year ends gloriously to the gorgeous sounds of the magical music of friends. 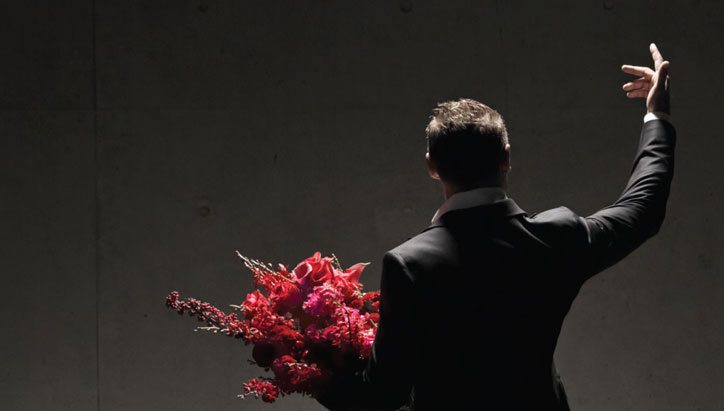 Guest artists, subscribers, sponsors, friends and followers all remain fiercely loyal to the ABO because Paul Dyer and his team focus on making the music they present with such integrity as diverse as possible, wonderfully entertaining and above all, of the highest quality.

The David Roche Foundation website is Online and tickets can be purchased for the opening Exhibition of the Fermoy House Museum complex Adelaide on June 7, 2016