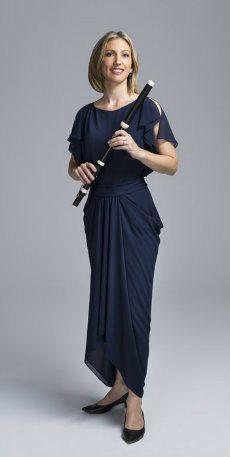 Australian Brandenburg Orchestra is busy raising the aesthetics of their performance excellence by wearing new costumes designed especially for their players by Australian fashion design icons M.J. Bale for the guys, and Carla Zampatti for the girls. Melissa Farrow Principal flute recently showed off Zampatti’s latest sophisticated classic dress, which is not only gorgeous but also celebrates Carla Zampatti‘s 50 years as a leader in her field. 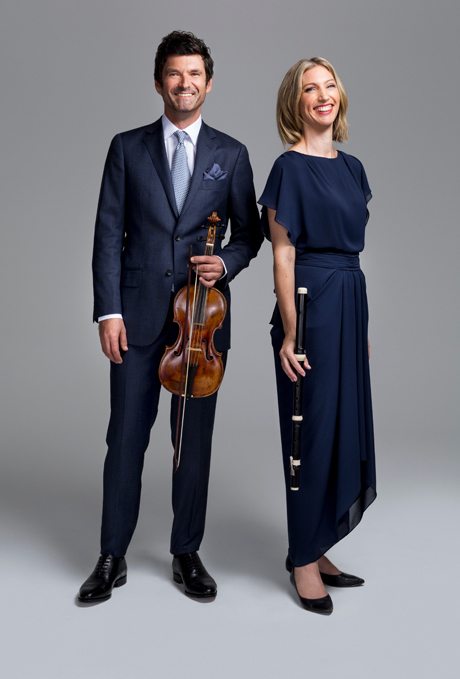 “The new dress will be my fourth design and its a real change from everything we’ve done previously.” Carla said. “I am really proud of this latest design,” confirmed Carla, who has been dressing women in the orchestra since 2000. “It’s comfortable for the players to wear while performing. Its beautiful and very feminine, but most importantly I believe they love it and feel good wearing it. I’m looking forward to seeing them on stage on their first performance. There is no doubt she will be pleased when she sees how well her wonderful dress looks on the girls when playing alongside the guys wearing up to the minute MJ Bale. 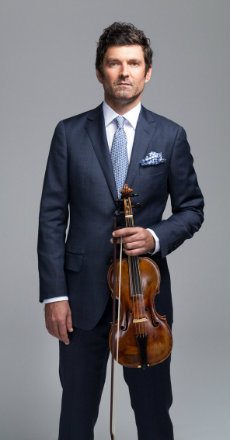 Brendan Joyce who will be Guest Concertmaster of the ABO’s first program of the 2015 season Handel: Heaven and Harmony, joined Melissa Farrow to show off the new style for the male musicians at the launch of the new outfits.  Joyce will be playing on his beautiful baroque violin at the world premiere of Max Richter’s Recomposed, a reimagined version of Vivaldi’s The Four Seasons on the ABO’s first program of the season. This concert will also see artistic director Paul Dyer swapping his harpsichord for synthesiser. ” Paul observed “For the guys,,.. we’ve chosen “M.J. Bale suits in a range of blue tones with a broad palette of tie and pocketchief colours,” said Paul. “I love colour and vitality, and the new men’s performing suits will bring these to the stage in spades.”

Superbly tailored the guys suits come in a range of blues with a white shirt and coloured tie and pocketchief. They have been chosen to replace the black shirts and pants male musicians traditionally wear. M.J. Bale represents excellence in menswear in Australia, supplying prestigious clients including the Socceroos, Australian cricket team, as well as providing corporate styling for the likes of Audi, Westfield and The Australian Turf Club. “I attended my first concert of this vibrant exciting orchestra in the 1990s,” recalls Carla Zampatti, “and 16 years ago Paul Dyer asked if I would be interested in designing the women’s garments. He introduced the musicians to me and I became really excited by the project as they were extremely talented and beautiful.  The audience is sure to cheer loudly when they encounter their favourite music of the Baroque period, played stylishly by some of Australia’s greatest musicians, as they support great Aussie design. 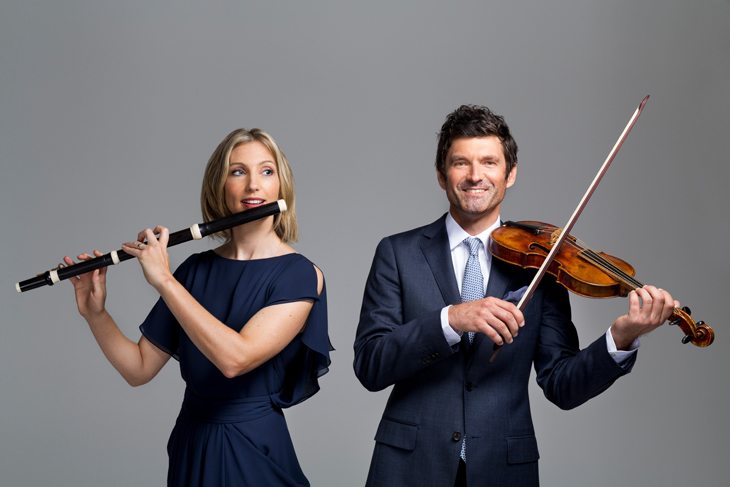 Paul Dyer commented…”It’s a very exciting update for everyone! ”Be sure to book your tickets and see for yourself… HANDEL: HEAVEN & HARMONY | Sydney 25 Feb – 6 March  | Melbourne 7 and 8 March