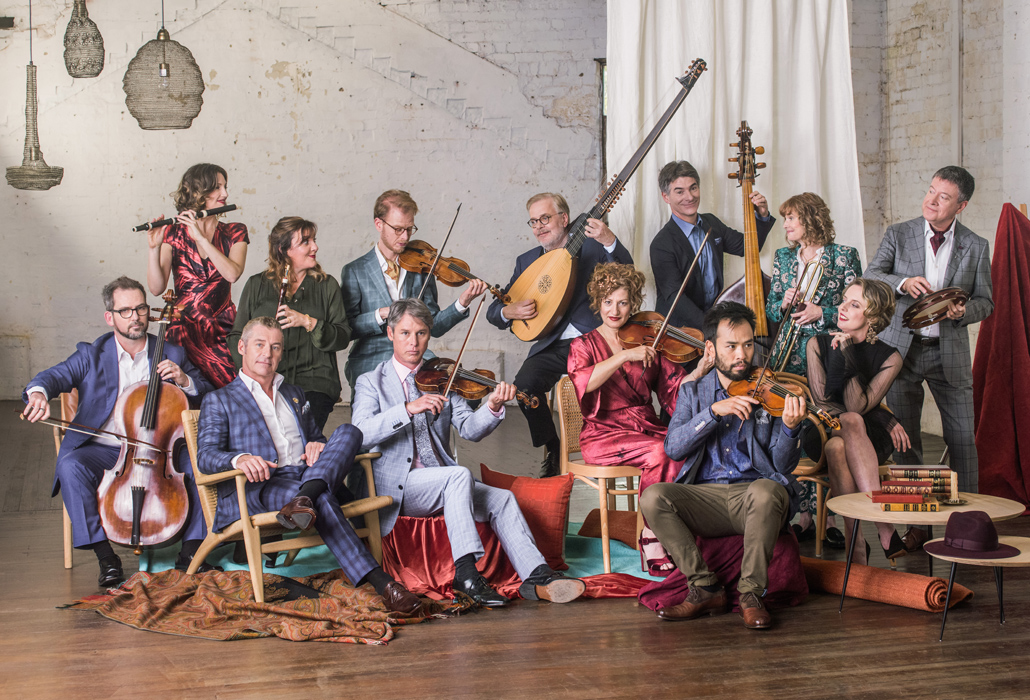 At their next concert Karakorum, A Musical Journey to be presented in Sydney, Melbourne and Brisbane starting July 25, 2018, the Australian Brandenburg Orchestra (ABO) invites all music lovers to ‘cross from west to east, from concert hall to theatre, on a mysterious, cultural and spiritual journey’ through music of grace. 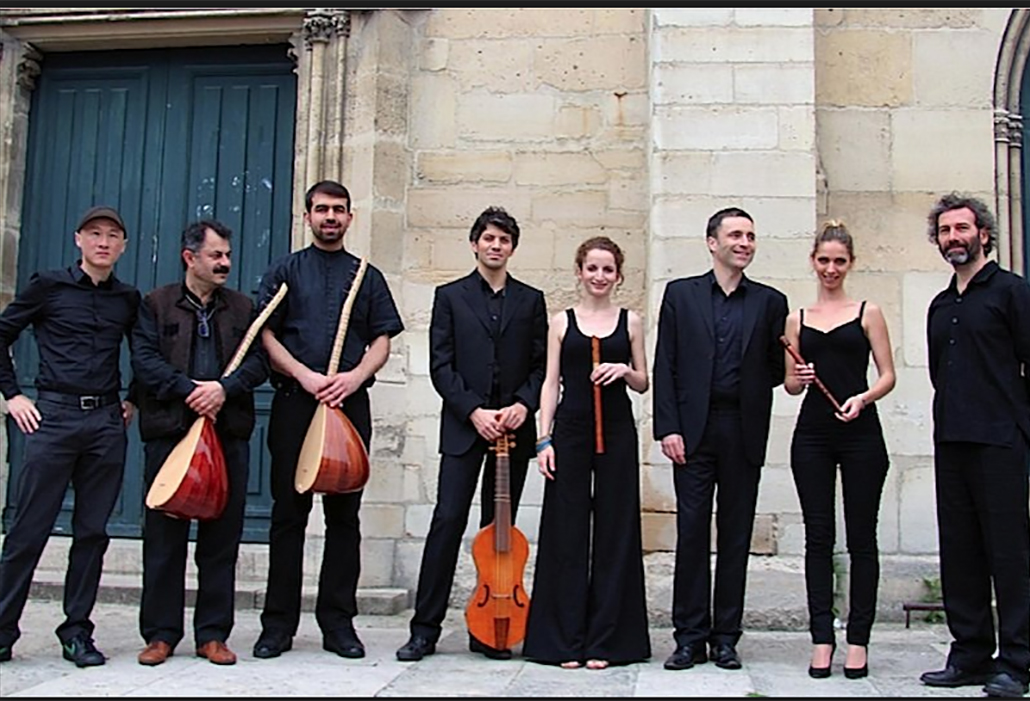 French medieval folk style ensemble, La Camera delle Lacrime will join the ABO to tell this very special tale, in a performance that dramatizes the musical repertoire with the aim of making it more intelligible’. 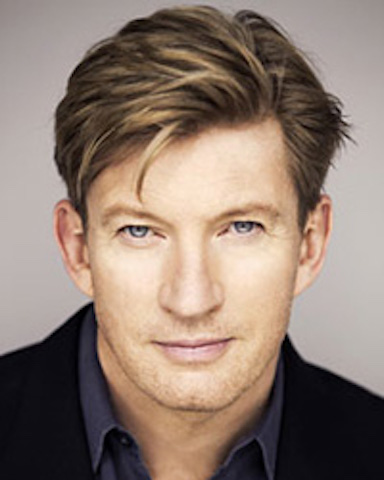 Australian audiences will experience something very different to what has been seen by European audiences said Paul Dyer recently.

“I wanted to introduce an English narration to guide us through Rubruck’s great journey, and I imagined the voice of David Wenham,” says Paul.

“I’m happy to announce that David Wenham has come on board for this project, which is a dream come true. I’m excited about the chance to collaborate with one of Australia’s great acting talents on such a unique and theatrical project” Paul Dyer said.

This new production of Karakorum La Camera delle Lacrime and Paul Dyer will include five musicians and five singers from the Australian Brandenburg Orchestra and Choir.

The medieval world in Europe had many distinct and imposing influences from the east on its musical life, especially via the Seidenstrassen, or Silk Road. Musically the program follows one man’s quest to convert the fourth Great Khan Mangu, grandson of the famous Ghenghis Khan, to Christianity.

The Silk Road was the name coined by Baron Ferdinand Von Richthofen during the nineteenth century, for the  ancient routes linking Asia and the west. Earlier than this it had also called the Pax Mongolica because for a point in its history, a single power (the Mongols) dominated its length. 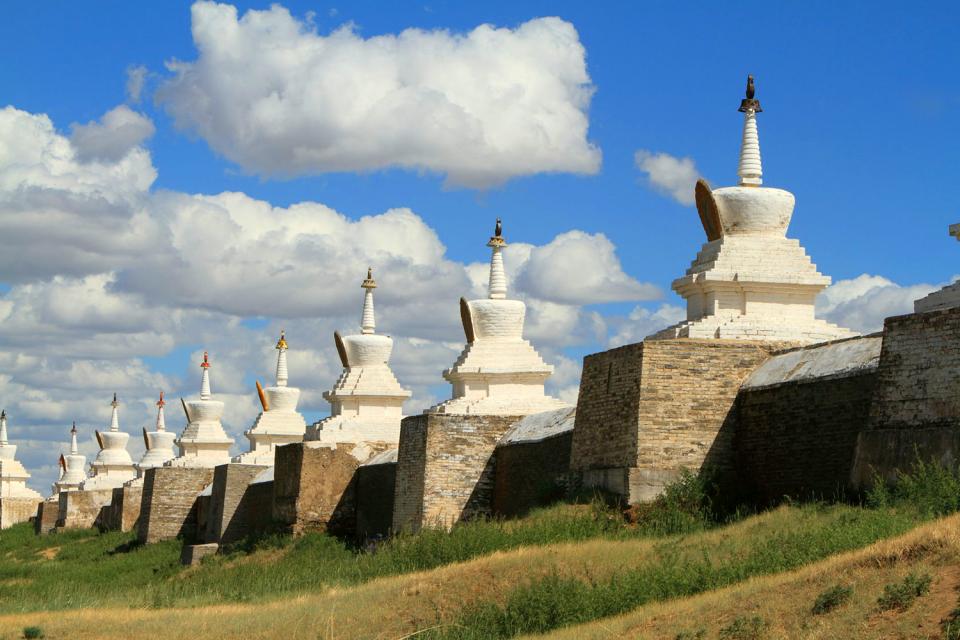 Ancient site of the city of Karakorum 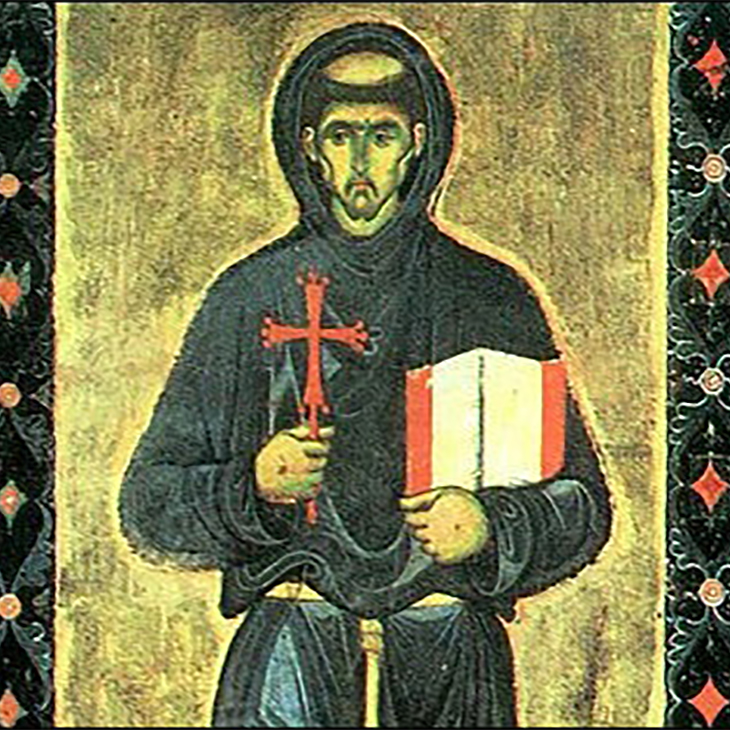 A focus for this musical journey will be the journey by French Friar, William of Rubruck (1220-1293) who during the thirteenth century, twenty years prior to the journey of Marco Polo from Venice, spent three years travelling to the Mongolian Court.  Inside the Great Khan’s court, the monk’s story survived thanks to his manuscript addressed to his King.

By the grace of God illustrious King of the French, from Friar William of Rubruck, the meanest in the order of Minor Friars, greetings, and may he always triumph in Christ. It is written in Ecclesiasticus of the wise man: “He shall go through the land of foreign peoples, and shall try the good and evil in all things.” 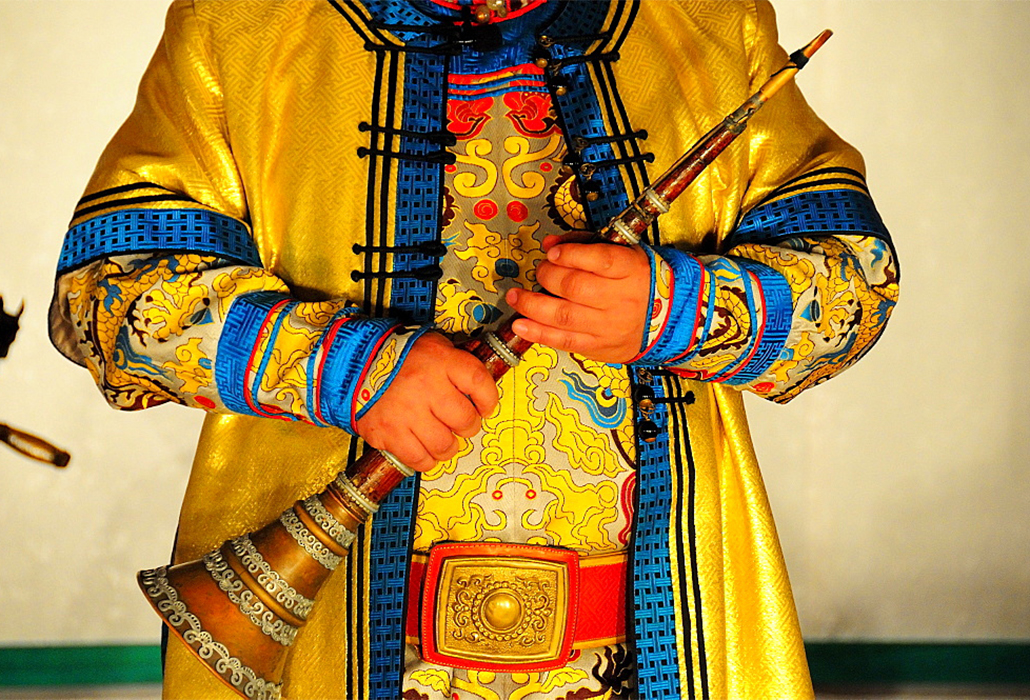 Ceremonial instrument and costume for traditional concert in Mongolia

During the thirteenth century, the aim of the composition of music was to connect with the divine whether in the Muslim or Christian tradition, east or west.

Considered a golden period for Sufism, during this time poetry appealed to those who sought happiness through a ritual of dance and soulful music, every line of the music is both rich with depth and meaning.

Mongolian music reflects a nomadic nation, roaming far and wide while being connected with the sounds of nature in the vast drawn out steppes linking landscape and melodies based on the Pentatonic scale.

It has only five notes for either major or minor scale, providing a great starting point for both song writing and improvising. 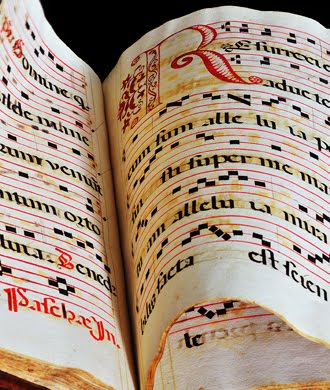 Music that relied on oral inheritance also influenced Christian traditions at a time when the correlation between music and architecture existed in Europe and great sacred spaces built of stone reflected the eternal harmony believed present in nature.

Within the bounds of Islamic cultural diversity between Muslim groups, participation in musical performance is still today condoned in some and considered questionable in others

Chant has a long history in both Christian and Islamic religious tradition.

It was a method employed by Muslims to discover the mystical pathway to finding the truth of divine love and knowledge; an inner journey Muslims who choose to embrace Sufism take to find God. Both dance and chants are considered beneficial to Muslims whose hearts are pure and while chant is employed by some to discover the pathway, the dervishes of the Mevievi order of Sufism employ whirling.

The religion of Buddhism arrived in Japan from China during the sixth century and combined veneration for the natural world.

There was a general delight in its beauty, which was an outward manifestation of a profoundly held belief and an experienced sense of spirituality. The outward was the vehicle for the inward. Much the same as the Christian definition of a sacrament. Buddhism believed supernatural powers controlled fertility, health and weather and could be influenced favourably by the observance of certain rituals.

Holy places were not just man made temples, but could also be found in nature wherever there were remarkable natural features such as a waterfall, large rock, and a towering cliff or, in the beauty of a single splendid tree. All had their own divinity.

Bringing spiritual enlightenment for the Buddhist meant employing different kinds of mantras to work other psychic or spiritual purposes.

One objective was to bring about a profound sense of happiness. This would never be able to be surpassed by the accumulation of monetary wealth and power.

Nature and man harmoniously merged to create a pastoral symphony, a song of love from the heart whose source was nature itself. Artistic Director of the ABO Paul Dyer AO, promises this haunting show will evoke each of the remote locations on William of Rubruck’s vast trip. Another exciting and unique musical experience not to be missed.

Distributed by Paramount Pictures, Nominated for 5 Academy Awards, The Big Short is a film that is a catalyst for cynicism for those who don’t trust financiers