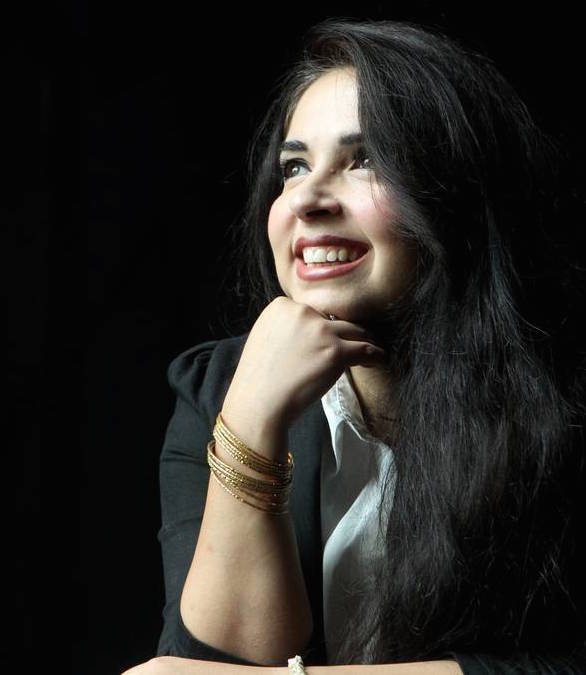 The Australian Haydn Ensemble, celebrating the art of church music, will perform Songs of Rest in the historic St James Church, Sydney, Saturday 8th August 2015 at 5pm, together with the Choir of St James directed by Warren Trevelyn Jones.

Special guest soloists, include stunning Brisbane born Soprano Ayse Goknur Shanal who is Dame Joan Sutherland Scholar. She has won awards both nationally and internationally including the Australian Singing Competition.

She will be performing alongside the Gramophone award-winning English tenor Richard Butler and much-lauded baritone Alexander Knight in a concert made in heaven.

Together the musicians will all be performing music created for the church by Johann Michael Haydn (1737-1806) and his elder brother Franz Joseph Haydn (1732-1809), who both sang as choirboys at St. Stephen’s Cathedral in Vienna, where they received their early musical instruction.

The Haydn brothers during their age provided a great deal of melodious music for ‘diverting’ entertainments, full of tonal richness and colouring. They were both in their mid teens when they found themselves earning a precarious living as freelance musicians. Like all ‘male sopranos’ of the time not castrated, the Haydn boys lost their positions in the choir once their voices broke.

Glorious music is one of the arts of peace, leisure and abundance, which in the eighteenth century were attached to the aristocratic court of the crown at Vienna and the arch-episcopal court of the church at Salzburg.

Austrian composition flourished, producing some of the most glorious sounds ever heard in ‘Christendom’ with the big three being Ludwig van Beethoven, the brothers Joseph Franz and Johann Michael Haydn and Wolfgang Amadeus Mozart.

Combined they were a considerable and formidable force of talented composers, epitomizing the ‘Austrian tone’ integral to the highly developed Austrian musical life that contributed to establishing the tenets of European ‘enlightenment’.

Whatever your religious affiliations were or were not, if you were a composer you could not afford to offend those in power at the Church.

They were all linked in a circle of society that collaborated across the world of their differences and borders physical, political, musical and metaphorical.

Michael Haydn’s work in particular deeply affected a younger Mozart, who was his friend. Best known for his church music, Michael Haydn however did write music in many genres, including more than 40 symphonies, a dozen concertos for various instruments, chamber music, songs, dances and divertimento’s. He also wrote an opera and a few ‘Singspiels’.

First performed in 1771 in Salzburg with both Wolfgang Mozart and his father in attendance, Michael Haydn’s powerful and very emotive Requiem in C Minor will be showcased in this concert.

During the eighteenth century and into the nineteenth, many composers wrote their Requiems as, what are effectively, great concert works.

Also on the program is Joseph Haydn’s Mass No 7 in B Flat from the man who was ‘the talent which gives art its rules’. Known as the ‘Little Organ Mass’ with guest organ soloist Neal Peres da Costa, who ‘specialises in historically informed performance’.

Joseph Haydn had a huge fan following, led by the Empress Marie Therese of Austria (1778-1851). She added his score to her collection.

Composed for the a mass to celebrate the birthday of Princess Maria Hermenegild (1768-1845) the wife of Prince Esterházy, Haydn’s employer, this is a piece of music that remains fresh, vigorous, full of warmth while being joyful.

A Requiem is sacred music setting texts appropriate at a funeral into a composition to be used for liturgical practices in the Christian church.

Composers didn’t always use all of the texts used in the Mass choosing from the words of the Introit, the Kyrie eleison, Gradual, Tract, Dies Irae, Offertory, Sanctus, Agnus Dei, Communion, Pie Jesu, Libera Me and In paradisum. Michael Haydn became Kapellmeister to the Bishop of Grosswardein in Hungary and in 1762 concertmaster to the Archbishop of Salzburg a position he held until succeeded by Wolfgang Amadeus Mozart as Cathedral Organist in 1781. His Requiem while part of a state of mourning the departed is part of a tradition that was always about offering a place of repose of the soul.

It was also meant to be a source of inspiration for the living that accepted that the passing from the mortal body is only one aspect of life, which is a force everlasting.

A musical setting of the Mass for the Dead in the Catholic faith, scholars believe Michael Haydn’s moving Requiem may have also influenced Mozart’s now famous work, because there are significant similarities in structure between them both, although Mozart wouldn’t compose his until 19 years later.

Being brought up in the Catholic tradition, singing in choirs for much of my own lifetime and simply loving the singing of grand manner liturgy, which has the power to affect all the senses, I can but imagine what this will sound like in the surrounds of the historic St James Church in Sydney my former parish.

Designed by convict architect Francis Greenway, the colonial era church is a man made national treasure. With later alterations and additions to it east end by luminary architect John Verge, St James’s architecture is based on the principles of designed adhered to by 18th century English architects, following the lead of 16th century architect Andrea Palladio who reinterpeted ancient and sacred measurements from antiquity.

The Australian Haydn Ensemble who performs on period instruments has, in a very short time on the Australian musical scene, gained a legion of followers that is ever expanding.

The architectural acoustic for singers in St James too is especially kind and will help to ensure, as will the standard of excellence embraced by all these performers, that this will be one amazing experience.