Being introduced to the music of the Australian Haydn Ensemble in the Utzon Room of the iconic Sydney Opera House was for me a joyous and memorable experience.

The Utzon Room provides a premier setting and is designed to be like a real salon. Its intimacy is evident in the provision of seating for an audience of only two hundred.

The soft subtle tones of velvet, the vertical panels of wood and the colourful tapestry with playful blobs of colour and mirrored in the glass walls opposite, create a warm and comforting space. 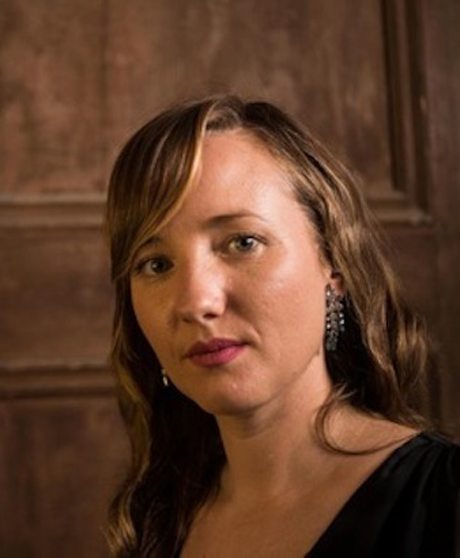 The concert performed by the Australian Haydn Ensemble made one feel good and alive, as the strict formula of concert formality gave way to a pleasing, casual and very intimate approach.

The musicians’ special musical and social skills required for such a venue were consistently evident in this outstanding performance.

The music delivered was accurate, sensitive and historically informed. It hypnotized the audience as they excitedly contemplated the performance before them.

Under the guidance of the Artistic Director and a musician of great skill Skye McIntosh, cohesion and collaboration ensured a memorable musical evening.

Ensembles cultivate an intimacy at both personal and professional levels. Each individual player enjoyed playing their instruments, and their amusing styles told me it was going to be a rewarding, entertaining concert.

This was a strong message communicated from the players, that they wanted the audience to enjoy it as well.

Careful attention to blending the sounds of the instruments resulted in a well coordinated performance that echoed the details of their masterful techniques in playing and listening. The sublime outcome was the performers created a unity of sound that resonated with the audience. The challenge of balancing the volume of each instrument must have necessitated lengthy dialogue between the players.

In the performance the decisions about when individual players’ instruments stood out was conceived and delivered with integrity and a deep understanding of the roles of each musician and their instruments.

The program began with Luigi Boccherini’s String Quintet Op.39 No. 3 with double bass. 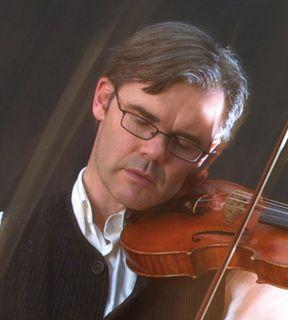 The joyful eloquence of the Allegro Vivo was echoed in the playful exchanges and vibrant smiles of the musicians.

Notes of happiness bounced like rivers bubbling and cascading through green fields.

Paul Wright, the Lead Violinist played with zest and unconditional immersion in the music and his playing.

He generously shared his passion, humour and warmth and this was enormously gratifying for the audience.

His was an energetic performance punctuated with depth and softness.

The cello and double bass explored the slower and more ponderous music of the second movement.

The musicians conversed with their eyes to create composure and equilibrium in their playing.

The exquisite playing of the cello captivated the purity of sound as each individual player worked methodically, and with poise, to perfect cohesion and balance.

In the finale I felt there was a return to the dance of the first movement and the joy expanded and extended to take the audience to a state of imagined rapture.

Skye McIntosh introduced Divertimento No. 2 from the String Quartet Op. 71 No.2 composed by Joseph Haydn and arranged by his friend Paul Wranitzky, in this instance for a nonet of flute, oboe, two horns, string quartet and double bass.

She noted that “this music was rarely performed anywhere in the world”.

She was obviously passionate about the composition and highlighted that the texture of the music was very different with the addition of the wind instruments and the double bass.

The notes as played transmitted the harmony between wind and string instruments.

The players relished and celebrated the composition with vigor and infatuation.

Melissa Farrow the flutist was triumphant, both inviting and engaging the audience in an expressive musical dialogue between instruments. The joy of life bounced with fluidity and infectious optimism.

The musicians were totally engaged in producing the classic sound and celebrating the essence of joy in the composition.

The second movement was more reflective, lyrical and mysterious and the shear beauty was superbly exposed to the audience.

Dance and dialogue between violins and cello begins the third movement and the harmony was eloquently echoed when the horns and wind joined in. I could imagine dance movements gracefully executed across the dance floor.

In the final movement, the music of the horns playing provided rich depth. Smiles exchanged between players strongly suggested to me they love what they are doing. 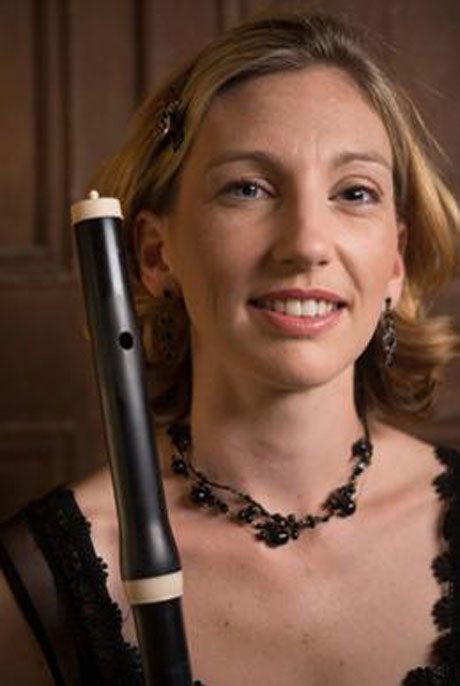 I am reminded of the sacrifices they have probably each made to reach the pinnacle of their profession.

Joseph Haydn’s Concerto No.1 for Two Lira Organizzata in C Major Hob.V11 h: 1 composed in 1786/7 and performed with flute and oboe soloists continued the theme of joy and celebrating life that the two previous compositions expounded.

In the first movement the charming vitality between oboe and flute was brilliant.

Warmth and engagement between the players is very evident in the enchanting serenade of the second movement.

All notes crisp clear and beautifully defined enhancing the listeners’ involvement and enjoyment.

The work finished with a jovial rondo, a song of joy buffeted by the depth of the wind instruments. The audience loved this performance and responded with warmth and appreciation.

He performed with string quintet and two horns.

Paul said the composition was a “celebration of incompetence and bad taste, in house musician jokes and outhouse jokes”. The joy of the string notes are jolted by the horns mocking, almost deliberately creating discordant sounds and I felt the refinement of the strings was contrasted with the crassness of the horns.

In the second movement the triumphant royal call is followed by hunting horns laughing and rebelling irreverently. The violins teased and chased, provoking and sneering, theatrically staging a comedy of errors, a game of cat and mouse.

The joke in the final movement keeps the performers smiling and marching on.

The music was captivating and baited the audience with cumbersome humorous notes created by the horns galloping across conservative attitudes and playing with artificial sophistication.

The audience was in raptures, celebrating the concert with rounds of thunderous applause.

Musicians and audience were connected by the pleasure and joy of the music.

Never forget fashion is about expressing the inner you, so if you’re comfortable in your skin and going to work the look own it says Jo Bayley of Fashion Elixir