The remarkable Australian Haydn Ensemble with Special Guests Marc Destrube and Neal Peres Da Costa recently performed music of the classical and early romantic eras on instruments of the eighteenth century at an outstanding recital in the Utzon Room at the Sydney Opera House.

This was an evening to remember, a night that electrified my senses, uplifted my spirit and oscillated in my heart.

The performance started with Mozart’s String Quintet in G Minor K561. The first movement began gently with a silky clarity of sound that was mesmerizing.

The musicians collaborated with their eyes and the movements of their bows punctuated the splendor of their interpretation of the composition.

Their fervent playing for me formed images of musical notes dancing in and out of light, casting mystical shadows in the night sky.

The quivering music shimmered on sparking waters, lyrical in its intent and potently sublime in its execution. The authenticity and integrity of the music was enchantingly beautiful.

The richness created a layered effect reminiscent of the golden light etched across a fine masterful painting. The audience was spellbound with the first movement and the stillness within the Room honoured the ethereal playing of the performers. 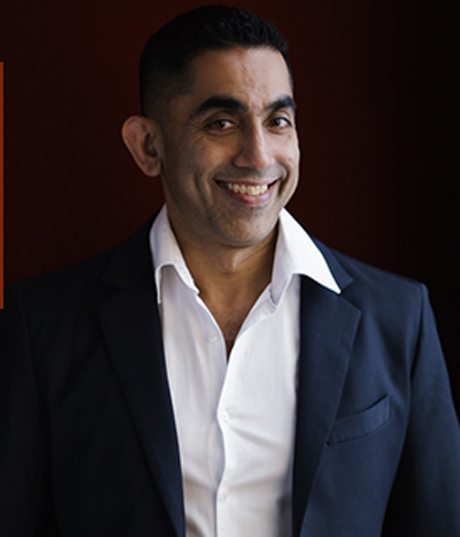 Then Neal Peres Da Costa, Guest Soloist spoke with exuberance and respect about the dedication of the Ensemble to playing Beethoven in the style of the period.

He explained that in many instances Beethoven’s intention had been lost or forgotten.

Consequently scrupulous research of texts of Beethoven’s time coupled with the players own imagination were prerequisites in preparation for the performance.

He continued elaborating, features from performances of that time included rolling the chords, bending the rhythms and modifying the tempo to suit the music.

Beethoven’s Concerto for Fortepiano op. 19 in B Flat Major with Chamber and arranged by Steven Yates [2014] commenced with a triumphant first phrase that bounced along with poise and daring.

Somber tones from the double bass and cellos changed the mood briefly. The flute notes hovered and flittered softness, acquiescent of tenderness and delicacy.

The joyous Fortepiano notes played by Neal Peres Da Costa tumbled like drops of a tinkling waterfall gently cascading and building with the lingering ripples of the strings. Then merriment ensued between piano, strings and flute shaping for me an image of youth that beckoned reflection and engaged me in a connection that was renewing.

Neal Peres Da Costa was immersed in a reverie, entranced by the composition and his fellow musicians. He scooped up bubbles of bliss and tenderly lowered them capturing a kaleidoscope of colours.

The sun gently burst the bubbles and sound exploded across the playing. He caressed the keys with a sensitive and aesthetic touch heralding the fine nuances of the composition and demonstrating his admirable finesse.

The strings set the mood in the second movement where I felt the tempo of piano slower and more reflective. My mind wanted to assimilate Neal Peres Da Costa’s playing into my being as it was spiritually nourishing and enriching.

His heartfelt conviction about the beauty of the composition was ingrained in every finger of every note placement. He began the third movement with a jubilant jaunt that summoned the listener to approach the music with a sense of delight and wonder.

The music danced, the strings choreographed the steps with tumbles, turns, swishes and swirls that all kept moving in a revolving dance.

This Concerto was a significant show piece for the young Beethoven as he sought to establish himself in Vienna.

There is a sense of drama and contrast that would feature in many of his future compositions.

The performance confirmed the exacting standards of all the musicians and their allegiance to revealing with clarity Beethoven’s intent.

His exquisite playing of Mozart’s Symphony no. 39 in E Flat Major K543 Chamber arranged by Cimador [1805] was a testament to his dedication, practice and patience.

He set the tone for the Ensemble with his skill, experience and passion for the composition.

Spirals of sound spilled from the instruments unravelling magic moments in the evening.

I imagined wisps of sounds floated like feathers on the breeze whilst tumultuous bird songs fluttered and hovered. Melissa Farrow translated the notes of the flute into bird calls that drifted with a harmonious ecstasy.

The wisdom of the owl, ever watchful, gently nudging fledglings and the serenity of flight was suspended in the sounds. Anthony Albrecht played the Cello with an intensity and fervour that created the illusion for me that he was breathing music not air.

I loved the repeated motif of the second movement that lingered in the atmosphere blending balance and synchronization.

A rich texture of celestial sounds and instruments spoke to each other, uncovering secrets and illuminating a narrative.

Mark Destrube played with such tenderness; a pearl like effervescence glistened and glimmered in my hearing.

The smiles spoke of delight in each others playing in the third movement.

It delivered a striking sense of purpose and a serenade of song emanated from the chamber ensemble.

In the fourth movement warmth and playfulness abounded with jostling, tumbling, rolling, twisting and turning in a dance of celebration that echoed the culture of Mozart’s time.

The audience was ecstatic as the performance was sublime.

Mark Destrube addressed the audience explaining he had been to Australia eight times and that it was his last night in Sydney before returning to Canada.

He was reminded of his first performance in the newly renovated Utzon Room where Lin Utzon, daughter of Jorn Utzon had made the brilliantly coloured tapestry that was inspired by the music of Bach.

Mark Destrube invited the audience to share in the fun of a short encore where they would play the two additional bars that Cimador added to the Symphony.

The intimacy of the performance, the infectious enthusiasm of the performers and the connection of the audience to the music was very poignant.