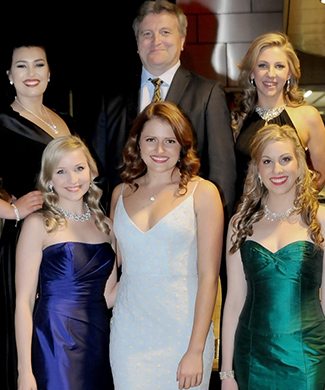 On the weekend of 30th August in Sydney the finals for the 2014 IFAC Australian Singing Competition will be held at the Sydney Conservatorium Verbrugghen Hall starting at 7pm. The Compere will be ABC presenter Damien Beaumont.

This is Australia’s premier competition, which is managed and administered by the International Foundation for Arts & Culture through the Music and Opera Singers Trust.

The competition is by far the the richest of its kind with $2.8 million in prizes.

They have been given since it started in 1982 with an aim to enhance career development opportunities for young opera and classical singers.

The competition is the home of the prestigious Marianne Mathy Scholarship program, or the ‘Mathy’ as it is affectionately known, a prize endowed by coloratura soprano opera singer and teacher of singing Marianne Mathy-Frisdane (1890-1978) in her will.

The five finalists were chosen on 30th July from a field of 100 singers. There are two finalists from Victoria 24 year old soprano KATE AMOS and ANNA VOSHEGE, as well as two sopranos from Western Australia, the 23 year old SAMANTHA CLARKE and 24 year old CORINNE COWLING. For the grand final the Australian Opera & Ballet Orchestra will support them, with Guest Conductor Maestro Johannes Fritzsch.

The National Adjudicator of the competition currently is former Opera Australia baritone Jeffrey Black who won the Marianne Mathy Scholarship in the Australian Singing Competition in 1983.

Jeffrey Black went on to have an extensive career, singing in all the great opera houses of the world with all its leading opera companies and lead artists.

He will also be on the judging panel for the finals, together with highly awarded soprano Emma Matthews, plus his co-finalist judge’s scholar and singer Prof Michael Halliwell and Director of Artistic Planning for the SSO, Benjamin Schwarz.

This grand final should prove to be of great interest. The panel itself should create a great deal of interest, with such a small-distinguished group of superb professionals, all admired in the world of music.

Jeffrey Black arrived back in Australian at the beginning of this year to take up the role of Head of Music at the independent Churchie Anglican Boys School at Brisbane after teaching in London now for many years.

Churchie is where Jeffrey Black began his successful career path in the world of opera, as one of the boys who sang regularly in the St John’s Cathedral Choir under the direction of legendary music director Dr. Robert Boughen.

It must have been a grand homecoming for him, as well as a happy opportunity for such a distinguished ‘old boy’ to be able to give back to the next generation of singers. Kate Amos has an Honours in Voice from the University of Melbourne in 2012, having been tutored by one of Australia’s most renowned sopranos who had an international career; Rosamund Illing.

Kate is currently one of the Developing Young Artists with Victorian Opera. She has already won many awards and several scholarships and regularly performs in Melbourne, with experience in musical theatre, opera and operetta. She has studied in Italy and has travelled in Europe and the UK to study with various coaches and famous teachers. 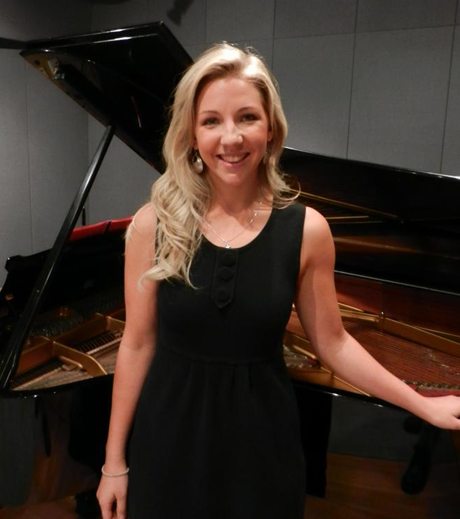 She’s studied in Munich, speaks German fluently and is currently working on gaining a command of the French language as well. Anna has worked professionally with Victorian opera and alongside distinguished artists such as Yvonne Kenny, Rosario La Spina, Taryn Fiebig and Roy Best. Samantha Clarke is 22 years of age and has received her Bachelor of Music in Classical Voice at the West Australian Academy of Performing Arts and in 2014 is in 2014, completing her Graduate Diploma as well.

She’s keen to expand her experience internationally and so this scholarship opportunity must be a wonderful chance for her. 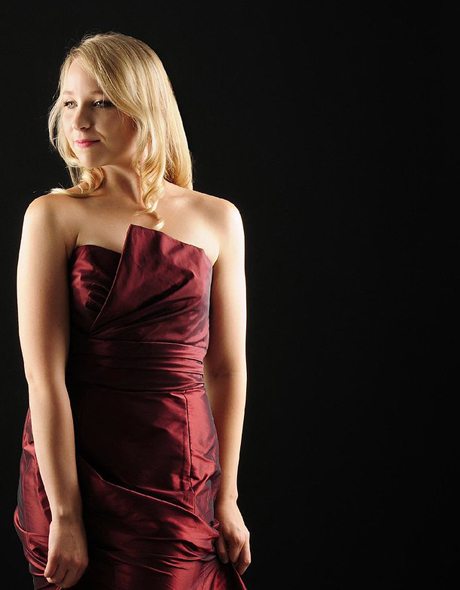 Corinne Cowling, current involved in the world of musical theatre in Perth where she also has graduated from the West Australian Academy of Performing Arts with a Graduate Diploma. She was the inaugural recipient of the 2013 Dame Mary Gilmore Award for most promising final year student in Classical Voice. 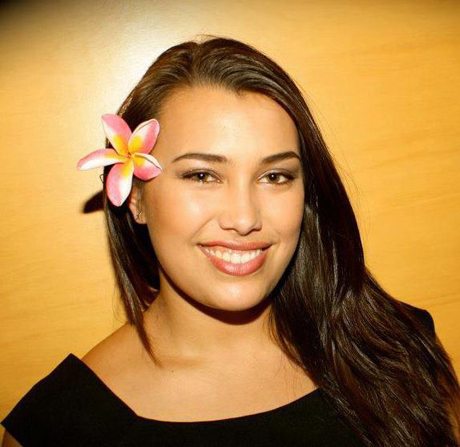 Winner of a scholarship in the 2014 Lexus Song Quest in New Zealand 23-year-old Soprano Isabella Moore from New Zealand topped off a busy fortnight.

She flew back from completing a Masters in Advanced Vocal Performance with Distinction in Wales, to also win the Dame Malvina Major Foundation Christchurch Aria competition, Hamilton’s Premier Vocal award.

She intends to audition in London for young artist programs so that she can extend her range of experience.

British soprano and vocal teacher who was the Lexus awards international judge said when asked about Isabelle’s performance that she “stood out for the combination of vocal technique, musicianship, expressiveness and the x-factor” Based on the wonderful qualities this current group of finalists for the 2014 Australian Singing Competition on 30th August is presenting, the future of opera is assured.

Music is my life and I wouldn’t trade it in for the world. It is what I do and who I am and I count my lucky stars everyday says Mirusia, the Angel of Australia