It might sound a bit bizarre the way weather conditions are at the  moment, balmy and beautiful days in marvellous Melbourne, but before winter’s icy fingers get a vice like grip on your front door, May and June are great months to go out and about.

Drenching downpours and freezing winds not yet a feature of our daily weather forecast, turn off the heating, put on your coat and get going – there’s so much to see and do, you don’t want to miss a moment of it.

If you’re quick you can still make a booking for Jazz Australia’s Autumn Concert, ‘The Cotton Club Era Revisited’ on Sunday May 25th  at 11.30am for midday the venue is The Bentleigh Club. Luncheon included, the concert features Ian Smith’s all-star Scallywags who along with vocalist Danni Smith, Ian’s daughter, will recreate the life and times of the great New York Cotton Club of the jazz era in the 20s and 30s.

During the prohibition era The Cotton Club was the most famous, or should I say infamous nightclub in Harlem, and later New York. A whites only establishment even though it featured many of the best black entertainers and jazz musicians of the era, including Lena Horne, Louis Armstrong, Count Basie, Ella Fitzgerald, Nat King Cole it was, during its heyday, 1923 -1 940, the hippest of hip meeting places .

On Sundays the Club featured celebrity guests such as George Gershwin, Irving Berlin, Al Jolson, Mae West and many more. Luncheon included, the Jazz Australia event features Ian Smith’s all-star Scallywags who along with vocalist Danni Smith, Ian’s daughter, will recreate the real deal experience of a visit to The Cotton Club in the jazz era of the 20s and 30s.

Tap dancers all the rage at The Cotton Club in the 30’s, Ian has called in some great tap artists – should be a toe tapping, super afternoon. 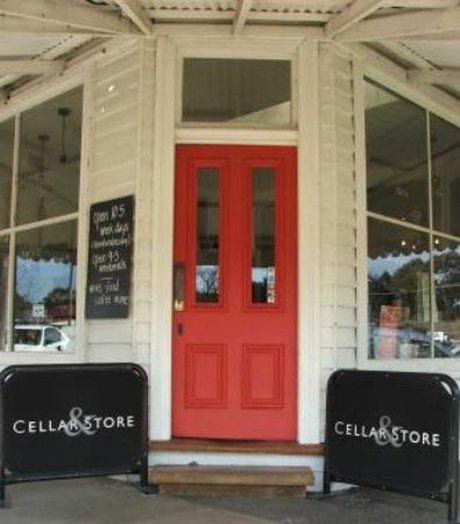 If a dose of rejuvenating country air is what’s needed to relax the nerve fibres after a busy week, month and year then a trip to the charming township of Heathcote, just a little over an hour from Melbourne, is prescribed.

Friendly people, a welcoming village atmosphere, Heathcote, on the Northern Highway between Kilmore and Bendigo, nestles beneath the stunning McHarg and McIvor Ranges. It is surrounded by boutique wineries, unspoilt serene bushlands, walking trails, gold rush relics, and an 18 hole golf course visited by native birds and wildlife.

Heathcote’s location on the northern fringe of the Great Dividing Range means it enjoys a warm Mediterranean climate. The region avoids extremes in weather such as snow and strong winds and averages 240 rain free days per year.

The temperate climate makes Heathcote a great spot for grape growing and there’s a plentiful supply of vineyards with cellar door sales (most open every weekend). You can try award winning wines before you buy; some wineries also serve meals in dining areas where the view is as good as the food.

Call in at the Heathcote Visitors Centre, High Street for an easy to follow map of local wineries. On the left as you drive into the main drag, High Street, is a signpost which points the way to The Pink Cliffs – a local natural attraction.

After the 1853 gold rush, sluicing work was carried on in Heathcote until the early 1880’s and it was in this period that work in the Pink Cliffs area revealed these colourful ‘hills’ (the hills that resulted from the mining really are pink).

The cliffs are of a fine clay, which powders to an almost talcum like texture.

The only sounds, magpies carolling, a wander through the spectacular mini gorges dotted with the re-growth of oddly shaped native shrubs and trees.

They cling precariously to the sides of the cliffs, is an enjoyable and quite amazing step back in time to when the surrounding area was alive with the sights and sounds of gold mining. The trees that line the main street and the plantation at the Queen Meadow were planted in the 19th century on the advice of Baron Von Mueller of Melbourne’s Royal Botanic Gardens fame.

Antiques are my thing and when I visited Heathcote, I called into Fetching Treasures, an antique shop with a café at the rear and accommodation upstairs, run by Frank and Sandra Barrie at 107 High Street, Heathcote.

The ambiance of the shop’s display of antique objets d’art and furniture similar to a warm, welcoming, period style home, you are free to browse among the lovely bibs n’ bobs of  times past (did love the teapots). White tablecloths, old wooden tables and chairs, always a winner when I dine, the Fetching Treasure’s café has all of these, so I settled into a comfy chair to sample Frank Barrie’s cooking.

Am really glad I did, food… great, coffee just right and a nice drop of red or white available on request. Breakfast and lunch are available at Fetching Treasures 6 days a week (closed Tuesdays); opening hours are: 8 a.m. to 5 p.m.

Stay overnight in Heathcote and find out whether the stars at night really are big and bright (they are) accommodation isn’t difficult to find. I stayed overnight in Fetching Treasures’ self contained, loft style accommodation consisting of two adjoining bedrooms, lounge room with TV, kitchen and bathroom. Fitted out with delightful period style furniture, the apartment is modern where it matters… great beds, functional kitchen and well located bathroom. If you would like to plan a trip to Heathcote start by visiting their website. If the weather’s good and you want to get some exercise outdoors but don’t want to travel too far then the Truganina Coastal Parklands, located 15 km west of Melbourne’s CBD, are a great place for a family visit (the dog can visit too as long as he brings his leash).

On the shores of Port Phillip Bay the parklands stretch from Altona (famously home to Julia Gillard and partner, Tim) to Altona Meadows and are adjacent to both the Cheetham Wetlands and the Point Cook Coastal Park.

The coastal parklands, formed through the ‘recycling’ of the Altona Landfill (tip) and more than 300 hectares of parks are now the largest cluster of parks on Port Phillip Bay. They are interlinked by cycling and walking trails they featur a surprisingly high diversity and abundance of landscapes, natural environment and recreational areas, including beachside recreation, picnic and barbecue facilities, grassfields and wildlife conservation areas.

The Parklands also includes BBQ facilities, a BMX track and an area for skateboarding.

A key feature of the Park is the 100 Steps to Federation, a stone staircase made from basalt rocks recycled from the Tip.

The steps lead to the highest land point between Melbourne and the You Yangs mountain ranges, where you can take in sweeping panoramic views of Melbourne City, Port Phillip Bay and the adjoining Cheetham Wetlands.

Another great way to chill out when the work-a-day world is proving a touch difficult is a visit to the Melbourne Recital Centre. On Saturday 31 May 7:30pm, the Melbourne International Jazz Festival presents at the MRC an Australian Premiere of Flamenco-jazz, a performance by: one of Spain’s most innovative instrumentalists, Jorge Pardo

A unique voice in Iberian jazz with a solo career spanning a quarter-century, Pardo was crowned Best European Jazz Musician by the French Jazz Academy in 2012.

A longstanding collaborator with luminaries such as Chick Corea and Paco de Lucia, Jorge Pardo brings his seductive style of flamenco-jazz to Australian audiences for the first time, combining the rich traditions of jazz and flamenco to present an impassioned intoxicating performance – a musical adventure to remember. An oldie but a goodie The King And I is returning to Melbourne on June 10th, 2014. Presented by Opera Australia at the Princess Theatre, Spring Street, Melbourne it stars a favourite of Melbourne musical theatre audiences, Lisa McCune and internationally acclaimed actor Jason Scott Lee.

This lavish production is a fresh dazzling look at a time honoured classic. Sumptuous settings and costumes, it’s a story of love and joy, set to one of the most glorious, unforgettable scores ever written, including Shall We Dance, I Whistle A Happy Tune, Hello Young Lovers, Getting To Know You, I Have Dreamed and Something Wonderful.

The King And I is a lovely experience for everyone, particularly grandmas with grandchildren  but be warned: if you want to see a performance, book now, otherwise risk a long wait – it’s going to be hugely popular.

That’s it, folks, time for me to rush outside and enjoy the marvellous Autumn weather in marvellous Melbourne – hope you can too.