“Bangarra is one of Australia’s leading performing arts organisations with a unique dance technique forged from more than 40,000 years of culture, infused with contemporary movement.”

The haunting beauty of Lake Eyre (Australia’s inland sea and one of the few untouched waterways in the world) is fluently revealed by Bangarra’s seventeen member company of dancers. This extraordinary production will mesmerize and entertain audiences.

The dancers showcase a story of resilience, strength and connection to Country.

Riverside Theatre at Parramatta, Western Sydney, NSW will host this spectacular performance 3 – 5 March, 2016. Then it will tour regionally in October, November, returning to the areas around Lake Eyre in South Australia by the end of the year.

On my own journey I was intrigued by the inherent beauty of Lake Eyre and was able to appreciate the vastness of the shimmering dry white salt lake from both the air and ground. When I recently interviewed Frances Rings her thoughtful responses celebrated the unique Aboriginal cultural heritage in Australia and stirred the senses in anticipation of TERRAIN.

What drove your ambition to become a dancer?

Dance afforded me a place where I could discover and understand the world around me. I felt it gave me a language that I could speak and use to create my art with.

Can you give some of your history with Bangarra Dance Theatre?

I started with the company in 1994 after graduating from Naisda Dance College. I spent 12 years as a dancer then transitioned to choreography. I have created seven works for Bangarra and Terrain is my first full-length work.

How has being a former dancer with Bargarra Dance Theatre influenced your choreography practice?

It has embedded not only the aesthetics of the Company but also the importance of respectfully telling our stories within cultural guidelines yet breathing a contemporary life into them. What personal and artistic qualities do you value in the role of choreographer?

I value being able to develop a trusting relationship with the performer/s and allowing them to inhabit their roles with integrity and authenticity.

You are a descendent of the Kokatha people on your mother’s side and a German descendent on your father’s. How have these different cultural heritages impacted on your roles as dancer and choreographer?

These two sides of my identity have both given me a healthy appreciation for Country and Culture.

My Father reinforced how important it was to be proud of my identity even though at times I was made to feel ashamed.

My Mother never complained even though she had been through some pretty tough times.

Both were always generous and gracious and are my inspirations. Describe a typical day in the rehearsal process for Terrain?

The Company will do class and then have a short break. We will go into rehearsal and run through selected pieces. I will detail each piece by first talking through the original concepts to awaken the story.

We will then work through how we authentically interpret the story through the movement. It’s an exhausting process but rewarding for all in the end. Terrain was performed to wide acclaim in 2012. What makes it such a powerful hymn to country?

I wanted the work to be about what we all feel when we go somewhere that’s sacred and that reminds us of the importance and power of nature. I wanted Terrain to be about where Spirit and Place meet.

How will the 2016 production differ from the original performance?

We have some new cast members who are not only talented but will bring their own unique interpretation of the story to the stage. I look forward to seeing what refreshing new energy they bring to Terrain. 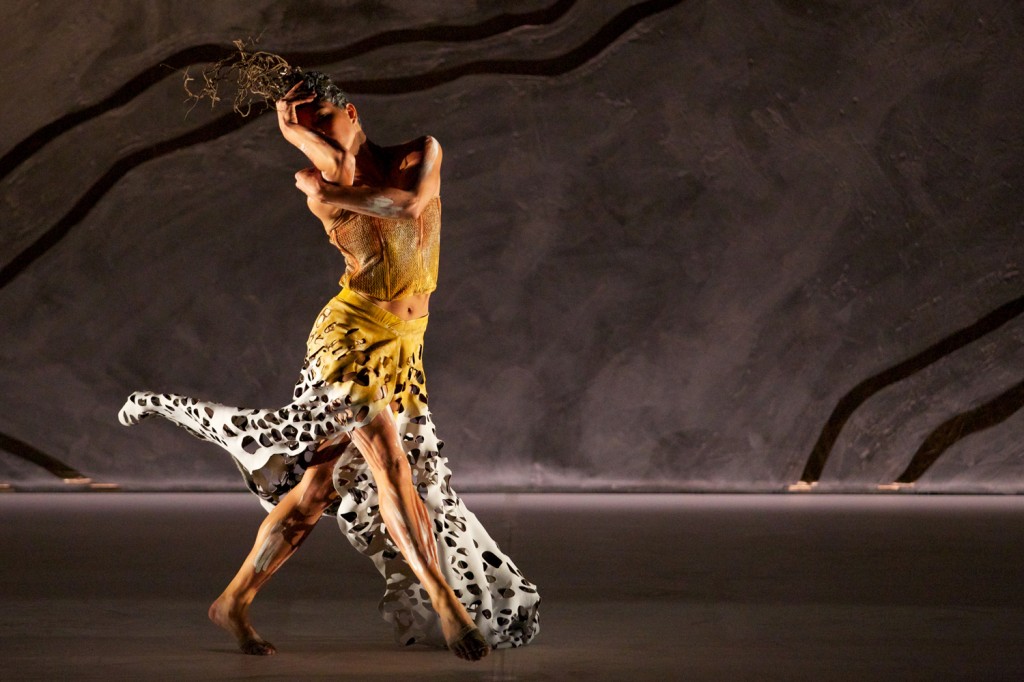 What makes it exciting returning to Western Sydney and performing at the Riverside Theatre?

Riverside Theatre has long supported the presentation of works by Bangarra Dance Theatre, from some of its earliest such as Fish in 1998 up to its most recent being Mathinna in 2010.

I’m excited to return to Western Sydney in 2016 to present Terrain, a work inspired by the amazing geographic wonder that is Lake Eyre and performed by some of this country’s most beautiful dancers. Terrain is touring regionally and will end up at Lake Eyre in South Australia. Will you be touring and what has motivated Bangarra to take this contemporary dance to the country?

I will be going with the Company to Marree to return the work to Country. Uncle Reg Dodd our Cultural Consultant has generously shared his knowledge of his Country with us and the Terrain performance will be our gift back to him and the Arabunna Community.

You have an amazing Creative Team. How have they influenced the performance?

Each designer has brought their own perspective of Lake Eyre to the work, creatively responding in such interesting and poignant ways. They have brought to the stage the incredible power and beauty of our ancient land.

How do the dancers connect to country in their performances?

Some of our dancers have been fortunate to have been out to Lake Eyre or Kati Thanda as the Arabunna people call it.

When our dancers take to the stage they embody the story and take the audience to Country.

They understand the visceral connection Indigenous people have to Country no matter if you live in the City or elsewhere. It’s our second skin and our Belonging. What are your other passions and interests away from dance?

I love being with my Husband and two sons. They all surf so much of our weekends are spent hanging out at the beach on the Central Coast where I live.

How do you manage to juggle your many professional roles with being a mother?

Like any working parent knows, it takes a lot of planning and organisation!

As a family we make sure we have quality time together and that work doesn’t impact on home life.

Don’t miss the opportunity to witness this breath-taking performance.