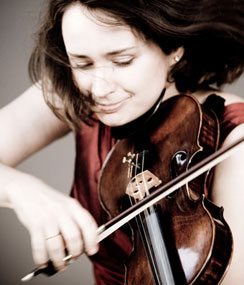 Captivating, free-spirited violinist Patricia Kopatchinskaja performs Bach and Mendelssohn concertos in her signature enchanting, barefoot style. She is performing this month with The Australian Chamber Orchestra (ACO), which is renowned for its diversity in delivering some of the most world’s most inspired programs, including projects and pieces especially commissioned by the ensemble. Founded in 1975, since 1989 and its leader Richard Tognetti joined the team, the ACO has gone from strength to strength. Several players perform on remarkable string instruments. Tognetti plays the legendary 1743 Carrodus Guarneri del Gesù violin, on loan from an anonymous Australian benefactor; Principal Violin Helena Rathbone plays a 1759 Guadagnini violin owned by the Commonwealth Bank; Principal Violin Satu Vänskä plays a 1728/9 Stradivarius violin owned by the ACO Instrument Fund and Principal Cello Timo-Veikko Valve plays a 1729 Giuseppe Guarneri filius Andreæ cello on loan from Peter William Weiss AO. 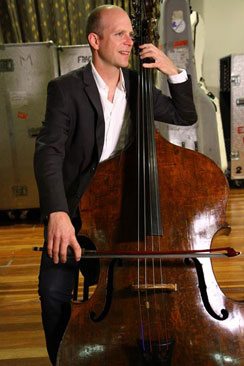 The latest addition to the impressive line is a double bass crafted from spruce and pear wood during the 16th century. Made by Gasparo da Salo, an Italian luthier born in about 1540, it is regarded as the “Stradivari of the double bass”. Made available through the generosity of anonymous Australian benefactors it seems remarkable to believe it was made at the time of adventurer Francis Drake, William Shakespeare, and chocolate’s introduction to Europe. Played by Maxime Bibeau, who had to undergo a rigorous period of readjustment of posture due to its large size, it will add a ‘subwoofer-like quality’ and enrich ACO performances in the future.  The Program MOZART Adagio and Fugue, BACH Concerto for three violins, BWV1064 , GINASTERA Concerto for strings and MENDELSSOHN Concerto in D Minor 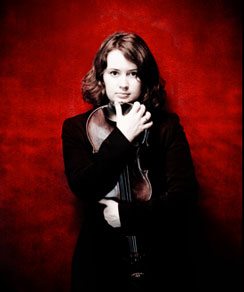