In the exhibition Napoleon: Revolution to Empire, currently being shown at the National Gallery of Victoria there is an exquisite miniature portrait of French artist, writer, diplomat, author, and archaeologist Baron Dominique-Vivant Denon (1747-1825) painted on ivory by Vincent Bernard. Denon survived the revolution having served both Louis XV and XVI. He became Minister of Arts under Napoleon and was the developer and first director of the Louvre Museum. He was both a collector and engraver and his journey when he accompanied Napoleon on his Egyptian campaign would spark an interest in the antiquities of Egypt like no other. Egyptian motifs taken from Baron Denon’s drawings of the various sites that he recorded for posterity decorated much of the porcelain of this period. He became Director-General of the museums of Paris in 1802 and oversaw the installation of some of the greatest treasures of Europe at the Musée Napoleon. He implemented systems still used today in many museums, particularly those concerned with conservation.  He was forced to preside over the return to many of the capitals of Europe the art and artifacts looted by Napoleon and his army following his exile to St Helena. Some works did remain in France because they were unfashionable and representatives of the countries involved could not see the point in bringing them back home. This is why the Louvre still has some of the major works by Giotto and Fra Angelica on display.In retirement, Denon, surrounded by his own impressive art collection, devoted his final years to a history of the art. His Monuments des arts was posthumously published by his nephews in 1829. A large portrait by him by Robert Lefévre reveals him as a man great strength of character holding an album of engravings about the work of Nicolas Poussin. 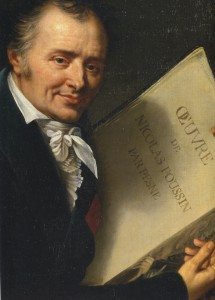 All the Rembrandts, on show once-in-a lifetime at the Rijksmuseum, Amsterdam, include The Night Watch, The Jewish Bride, his Self Portraits, Drawings & Etchings