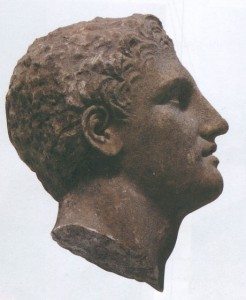 Ancient Greek philosopher Aristotle (384-322) said it is our task to become good men, or to achieve the highest human good. But is that enough? How do we attain goodness without a sense of purpose or belief that there is something more?  For centuries, when large parts of the earth were dominated by the absolute monarchies of the east, the ancient Greeks were evolving their belief that a man must be respected, not as the instrument of an all-powerful overlord, but for his own sake. Athenian statesman Pericles said ‘Each single one of our citizens in all the manifold aspects of life, is able to show himself the rightful lord and owner of his person, and do this moreover, with exceptional grace and versatility.’  This is what they meant by liberty and their ingrained belief in everyone’s right to freedom was sustained by a deep respect for personal honour, and nurtured by a love of action. 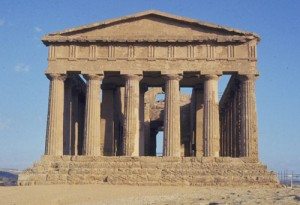 According to the Cambridge dictionary the word classic means of the first class of acknowledged excellence; the word classical pertains to the standard achieved by ancient Greek and Latin authors or their works, or the culture, art, architecture of Greek and Roman antiquity whose main characteristics are clarity of outline or formal design; restrained, harmonious and in accordance with established forms. Classical architecture reached its zenith during the fifth century before the Christ event at ancient Athens, which was at the centre of the Greek World. Sparseness moulded the enterprise of its people and it is the place where many believe artists have never been more successfully caught between a meeting of the human with the divine.