It was inspirational to listen to the impeccable technique and artistic sensibility of these three extraordinary musicians. The audience celebrated their vibrant and rich international histories of performance and prestigious awards, music education roles and passion for their instruments the oboe, piano and bassoon. Artistic Director of A Little Lunch Music Kathryn Selby AM, introduced the program with personal anecdotes about the performers and she communicated an intense pride in their achievements.

Selby first met Nick when he was seventeen years old. Nick and Lyndon grew up together and share a long musical history. Duncan was educated at St Andrews School located in the heart of Sydney, and then went on to study in Russia.
Family members of the Trio were present in the audience and this gave the performance an additional emotional resonance.

The Trio had travelled from Melbourne that morning to Sydney to bring this special program of chamber music gems for oboe, bassoon and piano. Nick Deutsch, Artistic Director of the Australian National Academy of Music based in Melbourne, began by taking the audience back to Vienna in 1798 where Beethoven was known for his piano virtuosity more than his genius as a composer. At this time in his life Beethoven was financially successful.

The Piano Trio, Op. 11 was originally scored for piano, clarinet (or violin), and cello (sometimes substituted by bassoon). The work is also known as Gassenhauer as a consequence of its third movement, where nine variations from a popular melody of the times were created. At the end of concerts patrons would walk through the lanes of Vienna singing or whistling these popular melodies.

The composition is structured in three movements. Textural hues meander as the ponderous and melodic notes of the oboe and the lilting soulful sounds of the bassoon are juxtaposed with the dramatic and poetic tone of the piano.

In the music there is mischievous buoyancy and a playful harmony that the Trio bring to life with a meticulous technicality and a distinctive interpretation. The melodious tone at times is mellow and lyrical while contrasted with other sombre and wistful passages. The sensitivity and fervour within the Trio’s performance delivered the musical intricacies and variety within this magnificent but different Beethoven composition.

This delightful performance of Beethoven’s Piano Trio was joyful and an expression of perhaps a more contented time in his tormented life. Duncan Gifford introduced the German-American pianist, conductor and composer of the second recital piece Trio for Oboe, Bassoon and Piano by Andre Previn and written in 1994. Previn has diverse musical talents and was winner of four Academy Awards for his film work and ten Grammy Awards for his recordings. He is a master of both the jazz and classical genres.

According to Joseph Stevenson the Trio “has character, elegance, and great sympathy for the sound of the two double reed instruments. It also has the lively rhythms that remind us that conductor Previn was a best-selling jazz pianist during the 1950’s, as well as the widely-spaced chord voicing that has characterised American music since the days of Roy Harris, Virgil Thomson, and Aaron Copland.”

The spirited first movement begins with an animated sound where Gifford’s jazz piano technique excites and the interplay between the three instruments simmers and sizzles with an energetic dynamic. 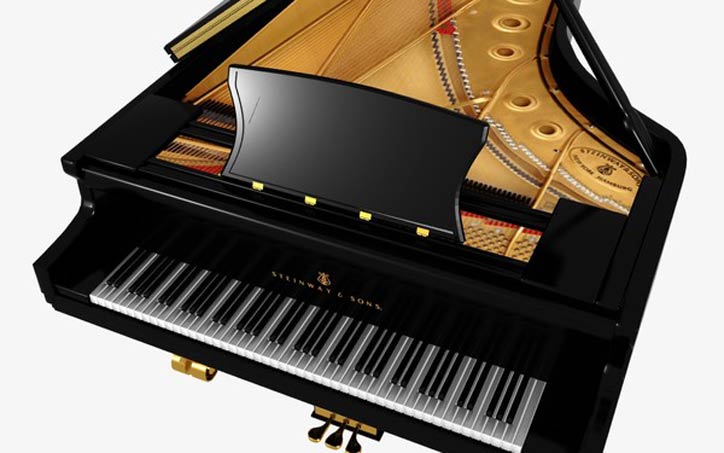 The piano creates a larger landscape of sounds and the oboe echoes this expansive theme. Endless dimensions pervade the music with the horizon far-off in the distance. The poignant notes of the piano create a visual grandeur and the sonorous sounds of the bassoon and the penetrating timbres of the oboe continue to paint a limitless feeling of space and time.

The purity of the music denotes an untouched landscape and takes the listener to the heart of the land and lets them linger there.

Then the musicians shine light on the jaunty, jovial, upbeat tempo of the third movement graphically depicting the colours and textures of the music. Now the jazz sound punctuates the hurly burly of the cityscape. The romance of the piano passages is peppered with the high spirited melodies of the oboe and bassoon sections. The Trio plays with clarity the character of the panoramic countryside and the cosmopolitan connotations across the work. This rich modern composition was executed with an ardent reverence and an eclectic definition.

Lyndon Watts announced the final composition Trio for Oboe, Bassoon and Piano by Francis Poulenc composed in 1926. This was a bubbling time in Paris where Poulenc was a member of the Paris-based composers Les Six who led the neo-classical movement.

Strong, powerful piano chords launch the first movement and then the rich deep humorous melody is played by the bassoon.

The lilting, spiritual sounds of the oboe follow. Up tempo laughing notes tumble and roll cheerfully circling and expanding the humour.

Later in the movement Deutsch’s wistfully exquisite playing extracts the tender lyricism of the composition and a melancholic trail dwells.

The conclusion of the movement springs and retreats to create a wonderful end.

In the second movement the bassoon and oboe moderate the sounds with mystery and winsome notes that soar and float, swirl and tenderly swivel to form recollections of gentle times. Poulenc himself quoted this movement as “sweet and melancholic”. The brisk whimsical third movement frolics with a vivacious lucidity, sparkling vitality and Latin American dance rhythms. The music navigates an estuary of optimistic certainty illuminating the exuberance of life, its aural delights and the music concludes with a joyful fanfare.

Trio Treats was indeed a recital where the ecstatic melodies of Beethoven’s unique Trio, the energetic musical synthesis of Previn’s stylish Trio and the delicate delights of Poulenc’s wistful Trio were delivered with freshness, love and musical integrity.

There is a wealth of riches and wonderful stories packed into this month’s Muse~News, and on our site www.thecultureconcept.com Check them out yourself.