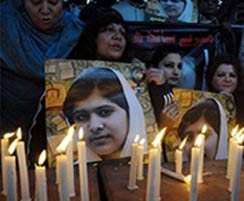 Progress lies not in enhancing what is, but in advancing toward what will be, said Kahlil Gibran whose legacy of wise and inspirational words belong to all peoples, in all places and at all times. He was a mixture of the old and new, of east and west and brought honour to his culture, the society he was born into and the one where he chose to reside as an adult in America. In India recently a 23-year-old woman student died after being gang raped on a bus for hours. It was not only a terrible crime against the young woman, but also against the whole of humanity. Calling on the government of India to strengthen laws and launch a major public education campaign to challenge and shame the grotesque attitudes that led to this violence is now a social and cultural responsibility shared by us all. Blaming the victim and other outrageous attitudes found across society require us all to act. You can Join the global network AVAAZ, who are lobbying to stamp out injustice. This new year begins with new resolve in India where you can add your voice to the global shout Sign the AVAAZ Petition to end the war on women in India